There is a lot of shallow and misguided idolatry of sports stars in this country. Often, it’s based on the sportsperson’s narrow physical ability without consideration of the person as a whole. We regularly dismiss casual misogyny or weekend drug abuse as larrikinism provided the perpetrator can kick a footy straight or bowl a wrong-un. There are plenty of Aussie sports stars alive today in this category, and although they are great sports “players” they make terrible sports “people”. Being a great sportsperson is more than physical talent. When you accept the fame, cars and sex, you inherently accept the responsibilities of being someone who Australian society looks up to, and there is no one who understands these responsibilities better than Mick Fanning. In Mick, Australia has champion we can be proud of, one who stands up as a role model. Add to his name the three world championships, and you’ll understand why he is the greatest Australian sportsperson alive today. 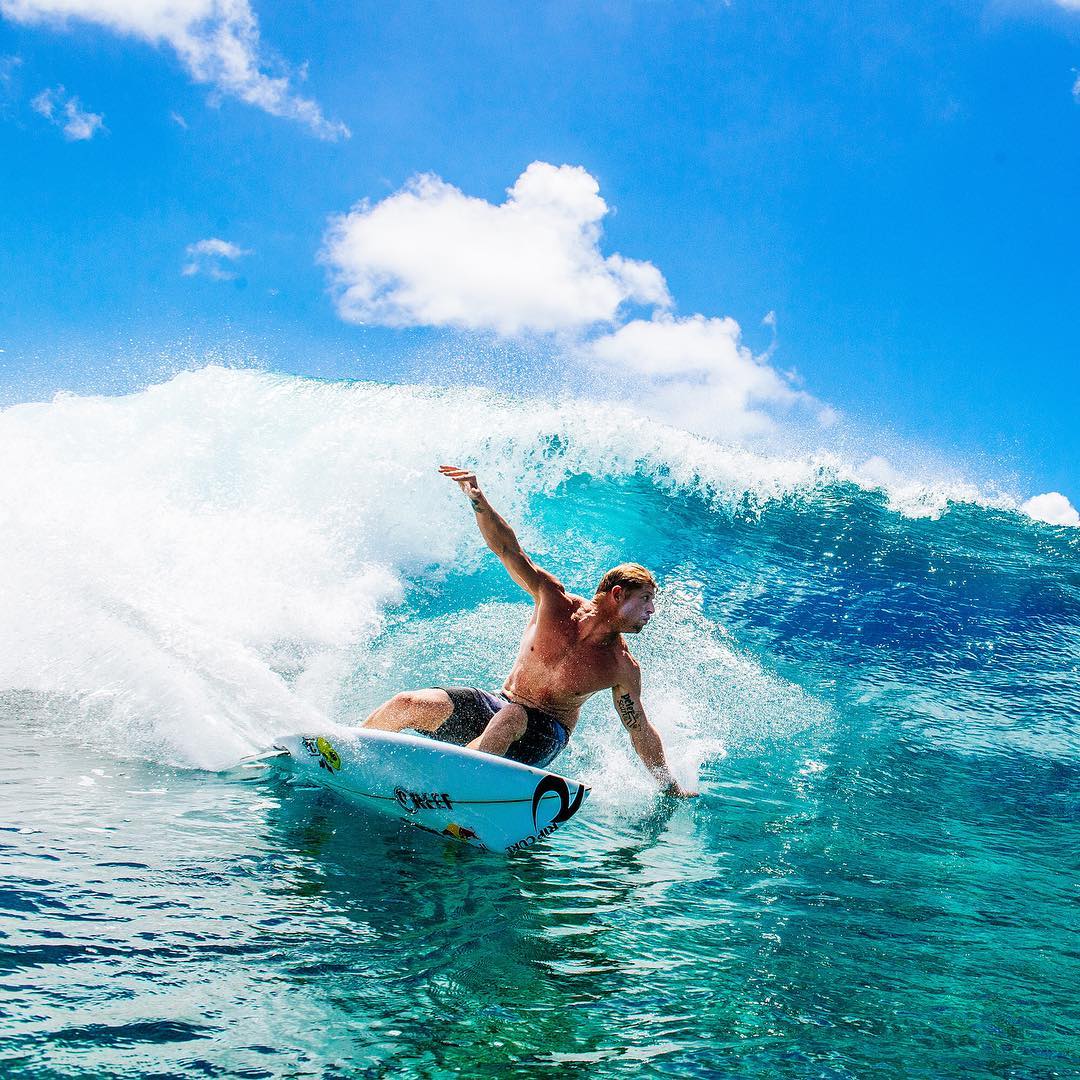 Born in the Western Suburbs of Sydney to English mum, Liz, and Irish father, John, you’d be forgiven for thinking that Mick would grow up unable to swim, let alone become a champion surfer. Just a few years later though, Mick’s loving mum decided to send Mick and his three brothers up the NSW North Coast to spend time with their recently estranged father, and it was here where Mick first developed a taste for the ocean. The big rolling waves of Ballina were initially daunting for 8-year-old Mick, so he learned to surf under Ballina Bridge. In what would later prove to be ironic circumstances, bull sharks forced him into shore there a number of times. This was a period of constant adaptation to new surroundings for a young Mick, something which helped him to become open-minded and understanding of others’ way of thinking.

Mick keeps his friends and family close, a trait that was further cemented after the loss of his brother, Sean, in a car accident when Mick was just 17. He has built a team around him not unlike a pit crew for a race car driver (his mum is his manager, and is by all accounts a fierce negotiator who is not to be crossed). From chiropractor through to board shaper, his team supports him every step of the way. Anyone who has worked with Mick will tell you that it’s his humility and readiness to give back that they admire the most, and as a result, Mick has built lasting bonds with people right across the globe. While other surfers on tour may opt to stay at the 5-star hotel paid for by their sponsor, Mick chooses to stay with host families or friends and get to know the locals. 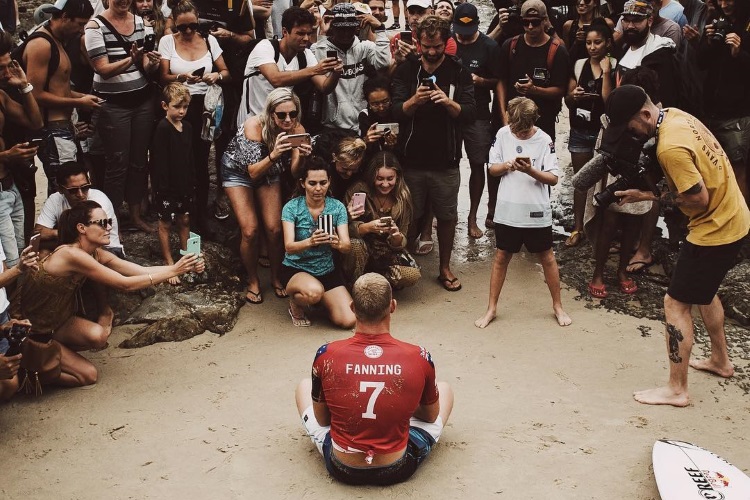 During his years on tour, Mick and his family developed a friendship with a lady named Primrose. Primrose lives in a township known as The Location in Jeffreys Bay, South Africa, home of one of the best waves in the world and stop #6 on the World Surf League Championship Tour. Just down the road from the beachfront mansions, The Location is where the poorest of the poor live in shacks cobbled together from scrap timber and corrugated iron. After learning Primrose had fallen ill from AIDS, Mick paid for her medical expenses and following her recovery paid the fees for Primrose’s nursing course. In spite of his generosity, Mick still cites Primrose as his ‘inspiration’.

In 2004, while surfing in Indonesia, Mick fell from the top of a wave, landing with his legs in the splits before being crushed by the wave from above. The result? Mick’s hamstring was completely torn from the bone. The surgery for this kind of an injury is like something from the movie, “Saw”. A hole is drilled into your pelvic bone, a hook is screwed into the bone and then your muscle is quite literally sewn back on to the hook. Dr. David Wood, the surgeon who performed this procedure on Mick, said that he grabbed the hook and physically lifted Mick off the operating table to test its durability (no thanks). The recovery time for an injury like this is 6-12 months. With pockets full of cash and the bright lights of the Gold Coast just up the road, Mick could have taken the easy route and spent these months on the couch in his Coolangatta mansion, or given in to the many temptations of Cavill Avenue. But that’s not the way Mick works. Instead, he faced his injury head on in the form of holistic body and mind training at the CHEK Institute. It was his willingness to listen and learn from those trying to help him that led to his speedy recovery and would be the springboard to his inaugural world championship in 2007. 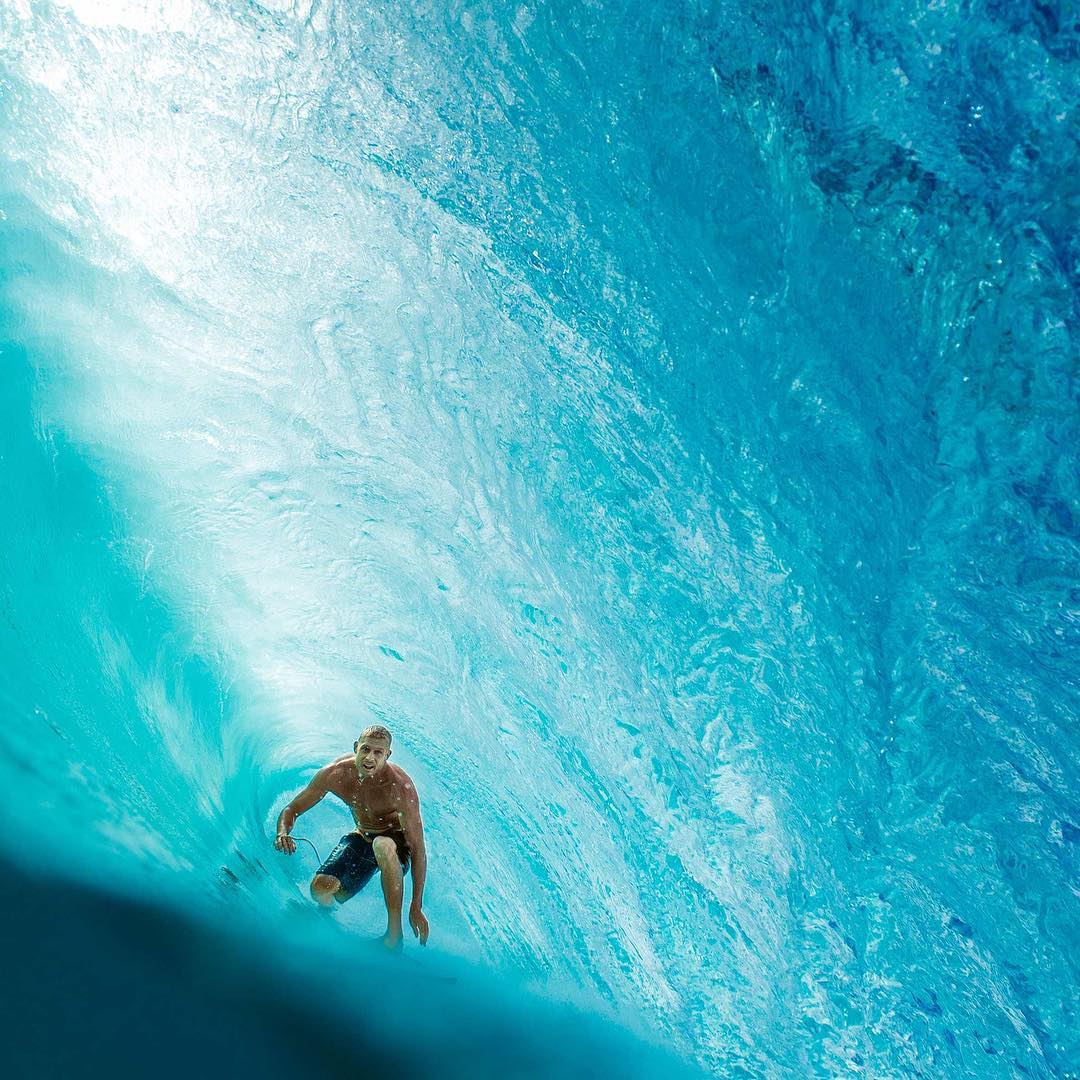 Mick has a close relationship with his chiropractor, Chris Prosser. Without Chris, Mick’s spine would resemble a pretzel due to his functional scoliosis. In 2005, Chris was diagnosed with bowel cancer, the symptoms of which can be particularly distressing. Rather than shying away from the confronting situation, Mick sat by Chris’ side, emptying the buckets of vomit filled by his friend. Chris has since made a full recovery and praises Mick for his support to this day.

Mick has learned to adapt to his surroundings by accepting, learning from and caring for others, and by doing so has become the ideal role model for young Australians. It is this that makes Mick Fanning the greatest Australian sports person alive. He has fought for himself and those around him his whole life, and it came as no surprise that the great white shark which tried to take him on in J-Bay never stood a chance.

Angus Boyd is a passionate surfer and the Founder of Flatrock Wetsuits, an Australian start-up launching the ultimate fitting wetsuit top. You can follow them on their Instagram or Facebook – @flatrockwetsuits. 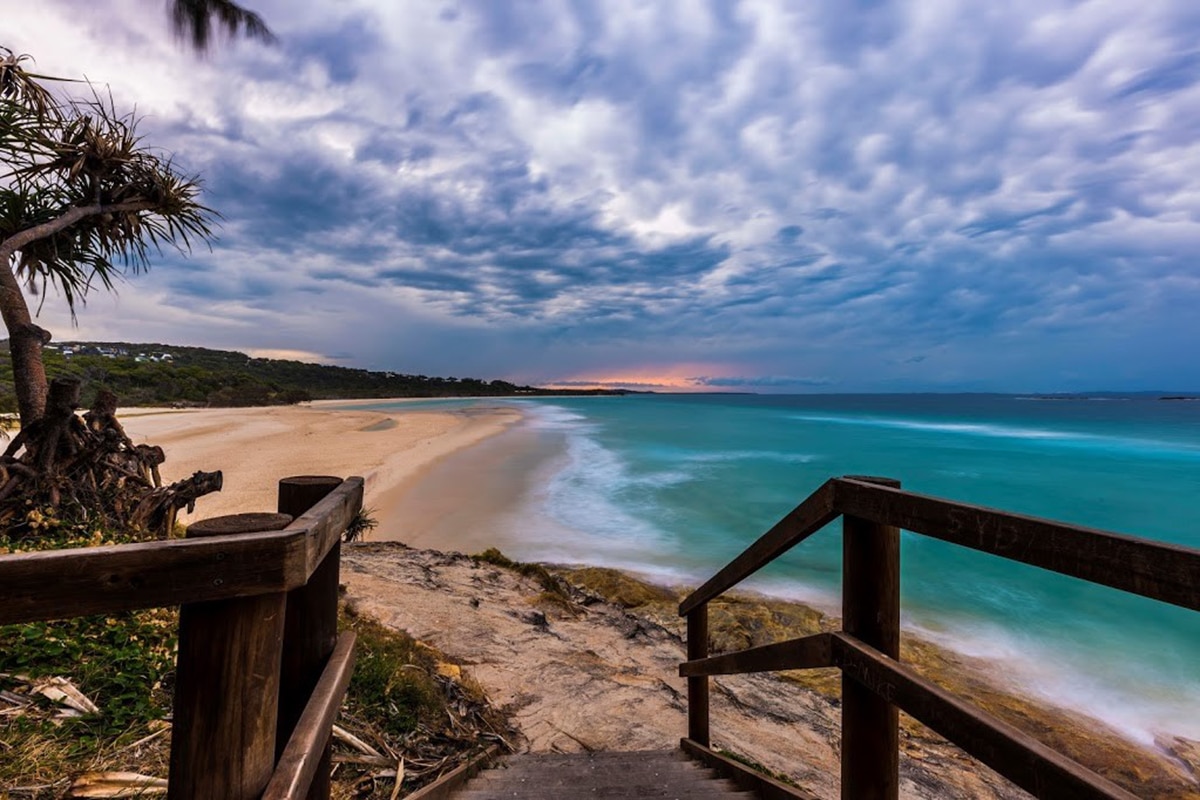 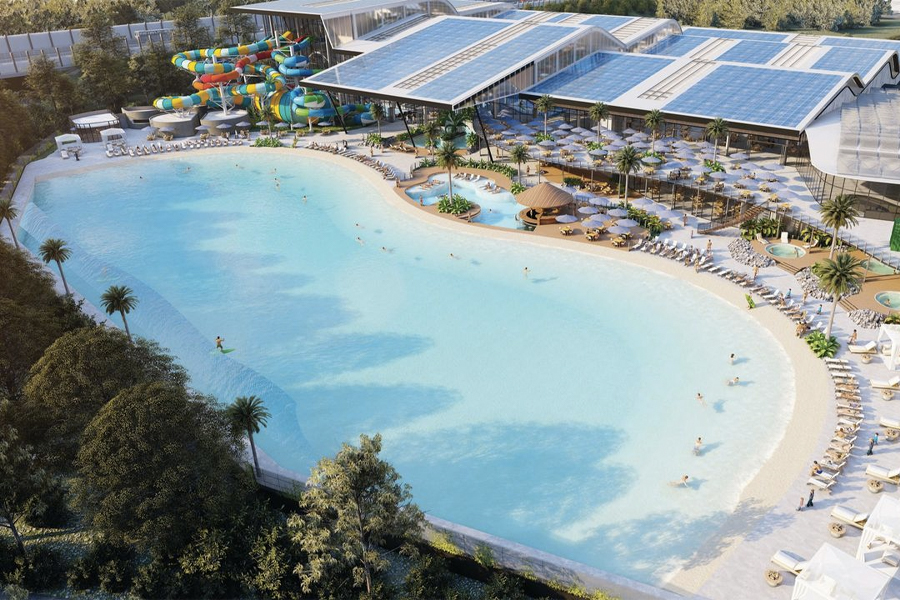 Surf
$100 Million Surf Park Could Be Coming to Melbourne 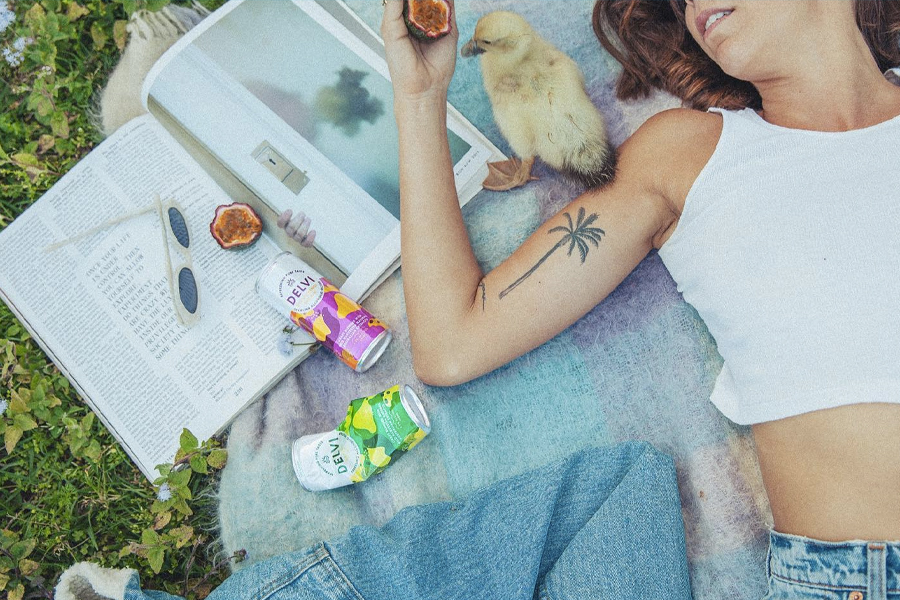