The mid-size SUV space is currently crawling with capable contenders from just about every car-maker but the Kia Sportage might just upset the apple cart for many. The Sportage in its fifth-generation form is another example of how Kia is moving from strength to strength in terms of making desirable cars. The previous Sportage was a successful SUV but was getting long in the tooth. The new one, however, is bigger, brasher and loaded to the gills with equipment. 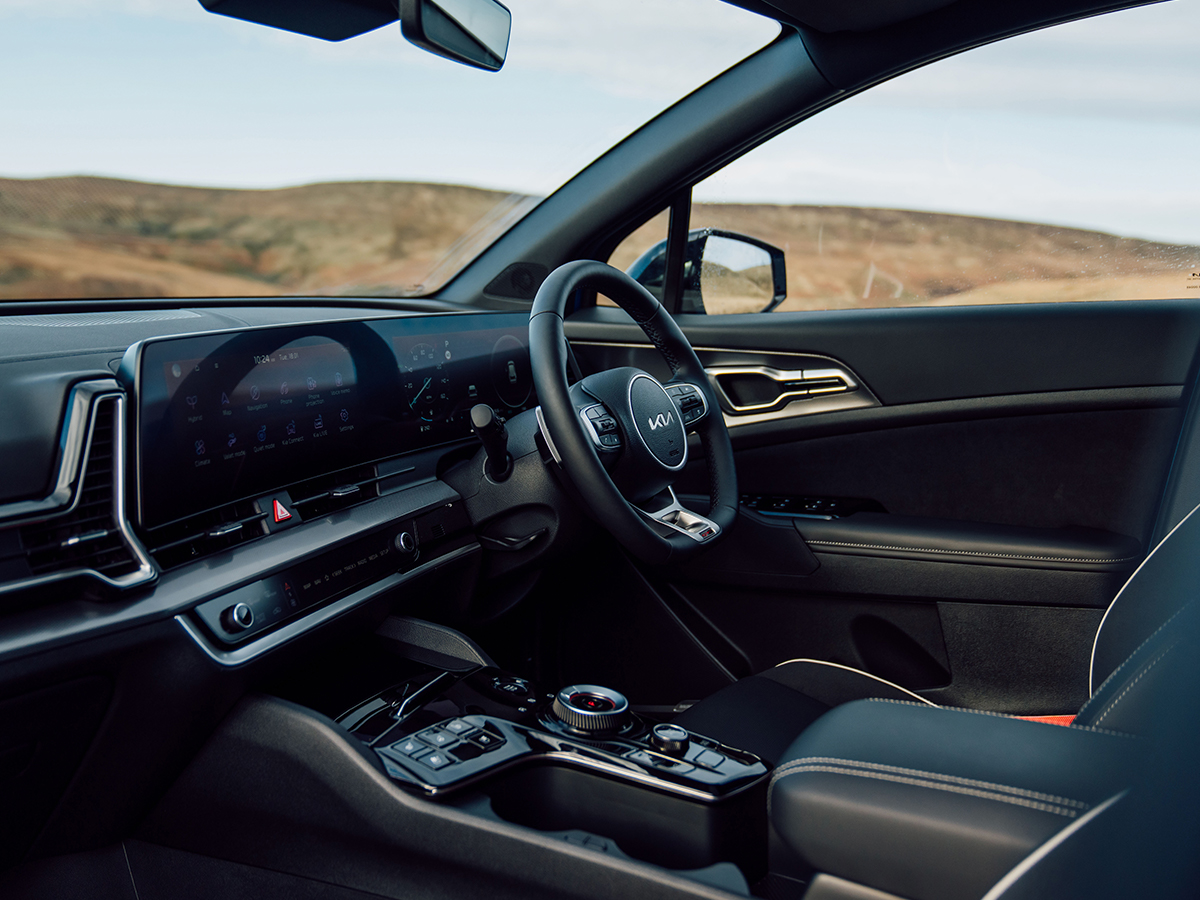 It’s very much showcasing the new trend of overly aggressive-looking SUVs. Somehow Kia has managed to compete with the rakish new Hyundai Tucson with its own sharply styled Sportage. The new generation Sportage is much bigger now and even slightly dwarfs the Tucson. The front-end might be polarising but it does dominate your attention with the GT-line spec version adding bigger wheels and more sportiness.

The vast expanse of the gloss black grille is an evolution of the ‘Tiger Nose grille’ while the new boomerang-shaped DRLs are neatly divided with the LED headlamps. The lines are sharply cut and less flabby than the previous generation Sportage while adhering to the trend of large tail-lamps being joined together via an LED strip along with a tapered roof-line. The new Sportage looks big and premium which somehow suits its agenda quite well. 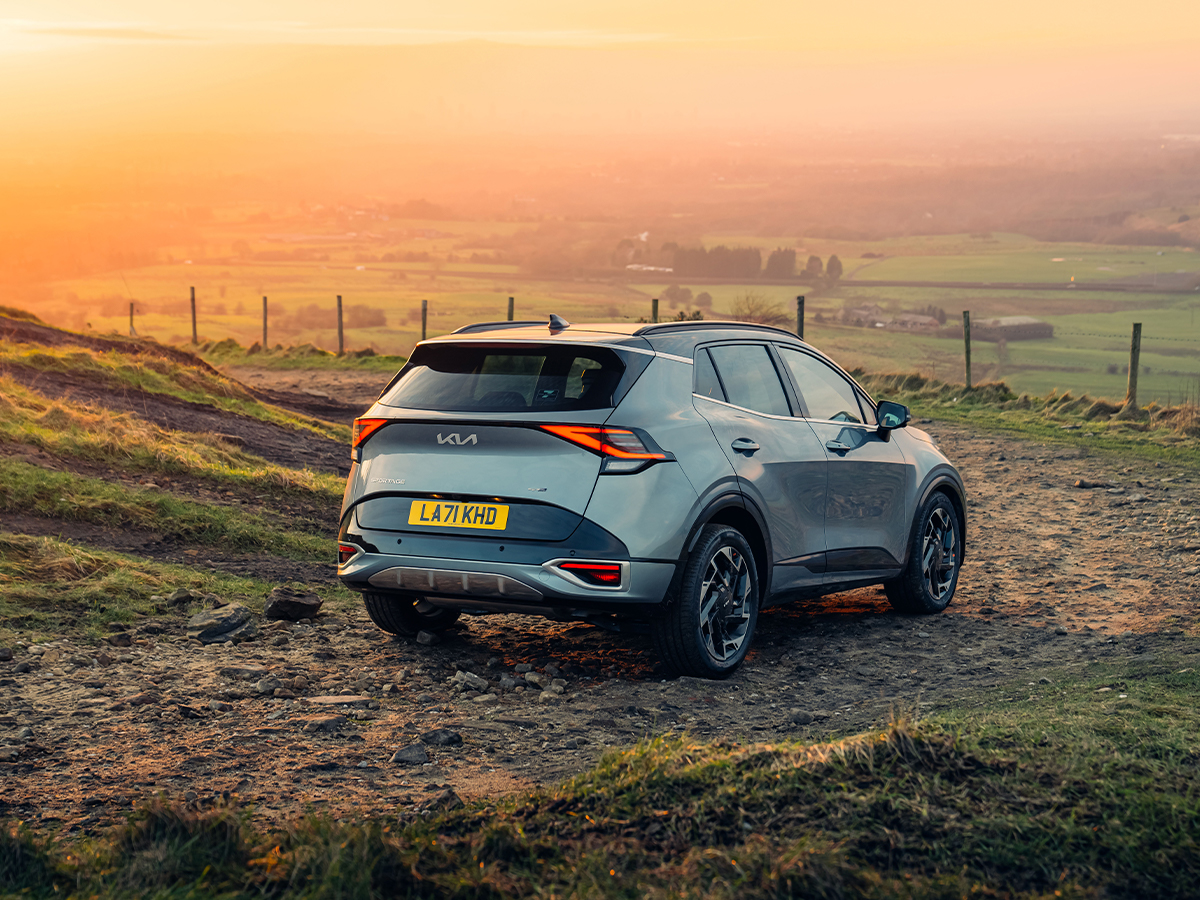 There is a huge change with the interior architecture and quality has taken a jump as well. It isn’t as plasticky as the previous Sportage and soft-touch materials are liberally used even though the gloss black trim would be a fingerprint nightmare for sure. We love the curved display which includes two 12.3-inch screens for the GT-Line trim. The massive displays are sharp and look great while there are enough physical buttons too while still removing clutter. Bolstering the equipment list includes a fancy ‘Shift-by-wire gear’ selector alongside 19-inch alloys, leather seats, panoramic sunroof, seat ventilation, surround-view cameras, adaptive cruise control etc.

The new Sportage is also roomy at the back with near as much space as the bigger Sorento. The top-end GT-Line gets you a 1.6l turbo-petrol or a diesel while lower-spec trims get more engine options including a 2.0l petrol. 178 horses and all-wheel drive via a 7-speed dual-clutch makes for a tidy driving experience while body control is better than the previous Sportage. That said, the dual-clutch automatic still has a clunky in-town experience while high-speed driving sorts it out. Like the Tucson, there is a newfound handling finesse to the Kia Sportage and that is endearing for sure. At $51,000 plus, the GT-Line Sportage is not a bargain but is a capable mid-size SUV with tech and style being stuffed into it. The turbo petrol is the driver’s choice but the diesel or the lower-spec petrol might be the more sensible option. Overall, the new Sportage is a desirable SUV with enough on its palate to tempt you. 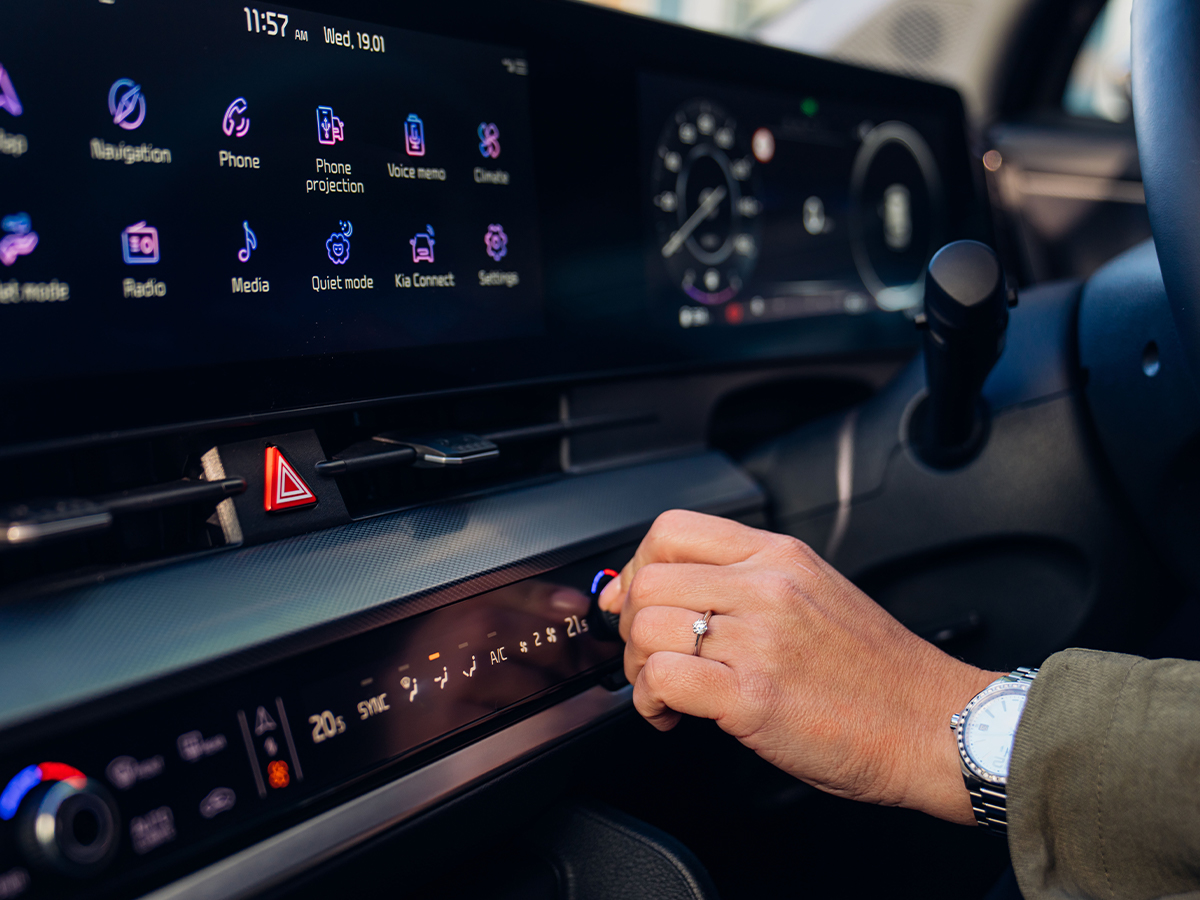 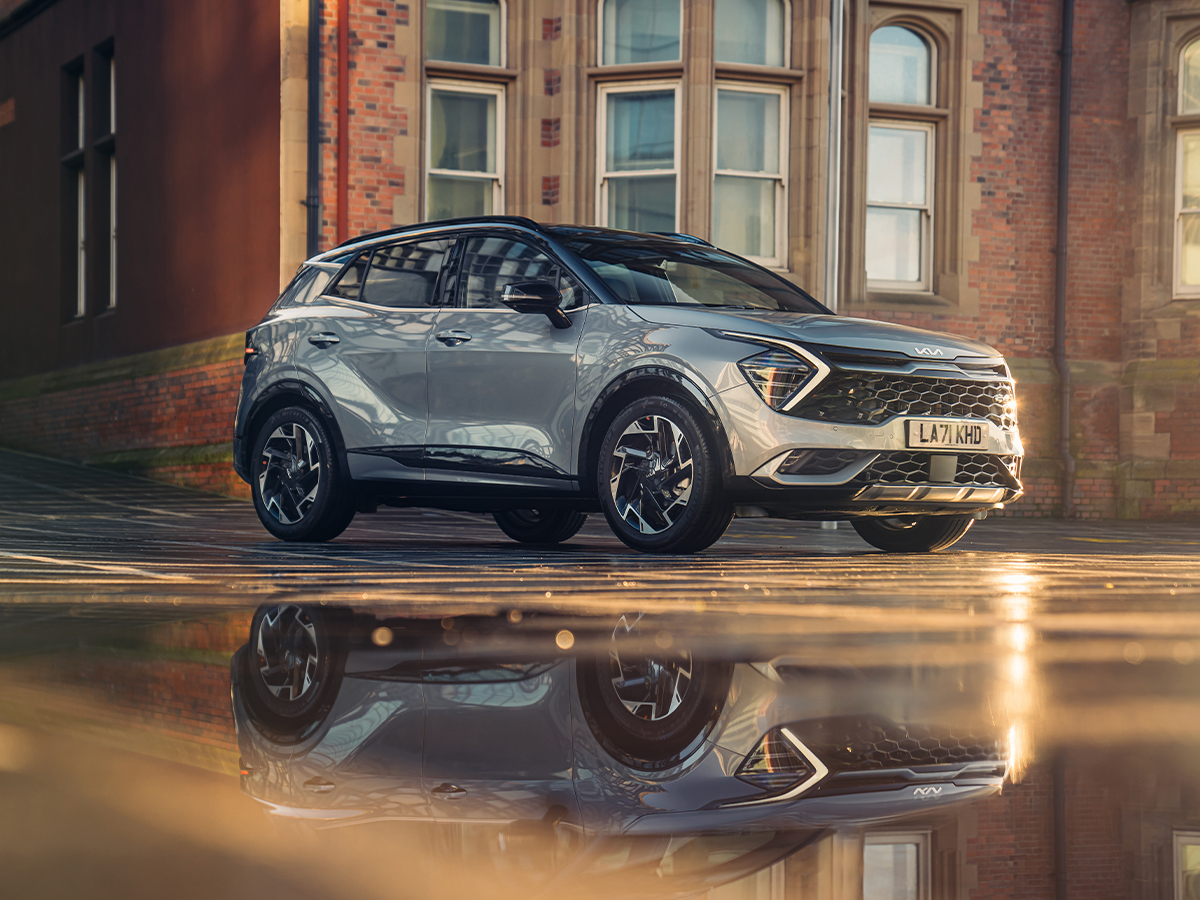 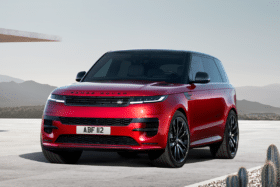 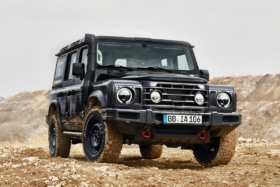