The Bentley Mulsanne has long been one of our favourite luxury cars for its British eccentricity and flamboyant personality. The long-wheelbase versions of this stiff upper lipped luxury sedan also served as a potent rival to the likes of the Rolls-Royce Phantom before being axed by Bentley. However, in a rather clever move, Bentley has launched an extended wheelbase version of its Bentayga SUV to take over that position. With the Bentayga being the best-selling Bentley, it is indeed obvious that a roomier version will fly off the shelves in chauffeur-driven markets like China. The Bentayga Extended Wheelbase is also the flagship Bentley product and is far more complicated than just being a stretched version. For starters, the length has now ballooned to 5322 mm and most of that is devoted to a longer wheelbase at 3175 mm. The driver’s seat is no longer the most important place as the rear seat now gets a vast amount of room with an extra 180mm of space. However, from the outside, the Bentayga looks more regal while carrying a more authoritative stance which a flagship Bentley should possess.

Bentley had to make substantial modifications to the underfloor, panels, doors and the roof to make it a graceful transition with the extra length being grafted in. With oodles of space on offer, more attention has been lavished on the rear seats with the ‘auto climate and advance postural adjustment’ system. 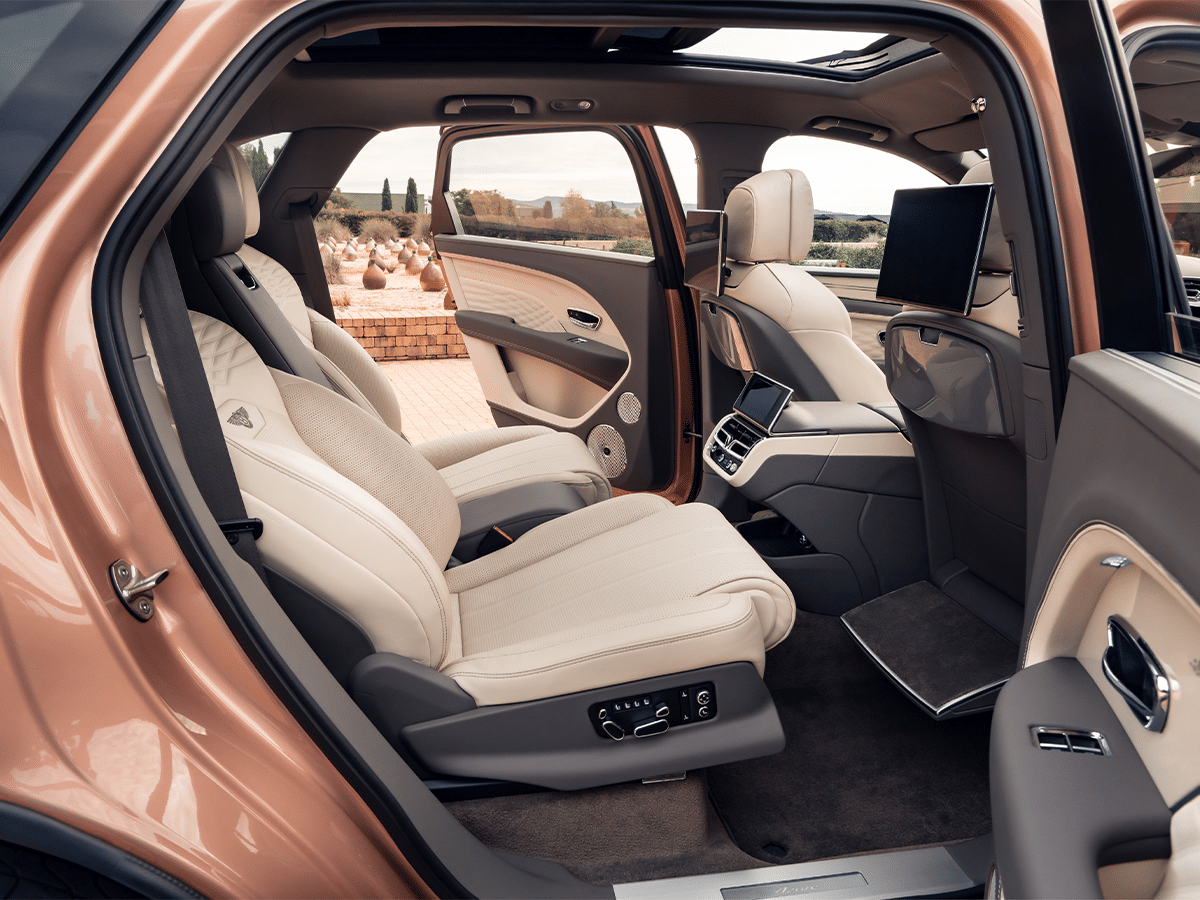 It’s as complicated as it sounds with the occupant temperature and surface humidity being constantly monitored in order to apply heating, ventilation or both simultaneously. Not only that, the postural adjustment system makes minute micro-adjustments to the occupant’s seating position and pressure points, by measuring pressure across the seat surface. The system can apply no less than 177 individual pressure changes across six fully independent pressure zones over a three-hour period. Think of it being more of a personal spa on the move!

The ‘relax mode’ also reclines the rear seat by 40 degrees while a footrest magically appears out of nowhere to complete the full first-class airline seat experience. Other highlights include a separate air ionisation system, a rear console for added control, power closing doors and a drinks cooler for your champagne replete with two handcrafted Cumbria Crystal Flutes of course.

Elsewhere, the quilted seats have a new ‘digital stitching’ with diamonds being symmetrically embedded while a new hand-crafted technique of metal being overlayed on the veneer is also optional.

With a shift in its focus towards comfort, the Bentayga EWB has a softer ride being dialled in with its air suspension having the usual 48v anti-roll set-up along with a quieter cabin with the 542 bhp 4.0-litre, turbocharged V8 having a distant woofle. All-Wheel Steering is now standard and that would make life easier for your chauffeur too! With over a third of the total Bentley sales coming from the Bentayga, the EWB is a no-brainer addition to the range. 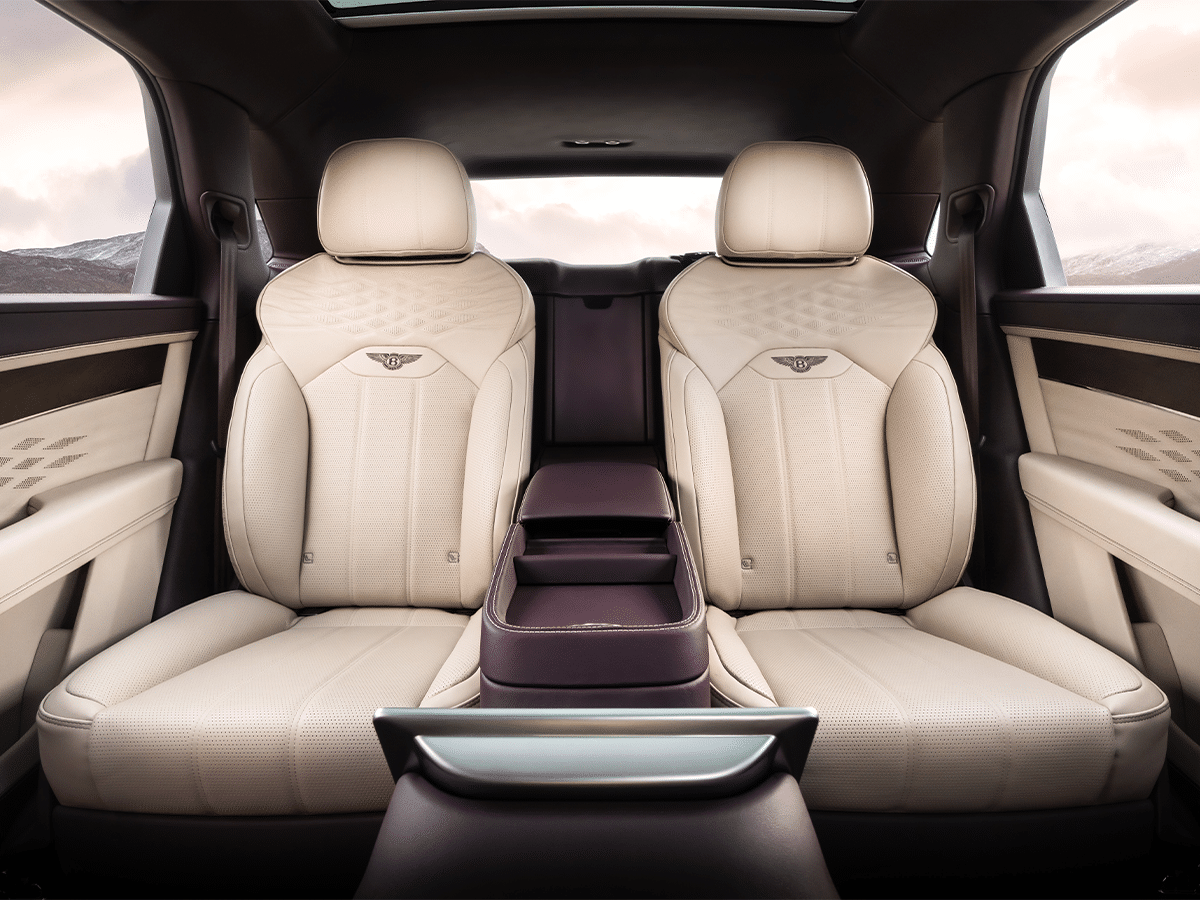 You’ll also like:
Alfa Romeo Tonale is a Characterful Italian SUV with its Own NFT
Cadillac’s Project GTP is Part F1 Racecar, Part Batmobile
Isuzu D-Max Arctic Trucks AT35 is an Apocalypse-Proof Explorer 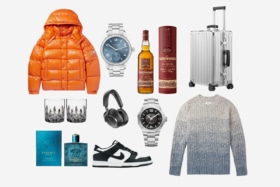 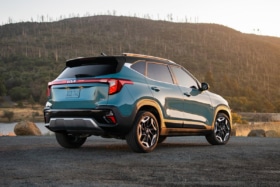 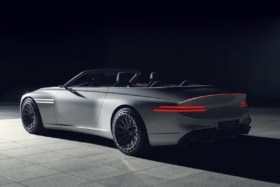