Last isn’t exactly a position that you aspire to in the sporting world, especially in the world of racing. However, when it comes to collecting, “last” can have special meaning, particularly when you are the one to own the last of a historic line of cars. Gooding & Company have a special listing in their Geared Online sale—the last Ford GT40 ever made. Only 105 examples of the GT40 were made between 1964 and 1969. The whole intent of the line was to beat Ferrari in endurance racing. No small feat as Ferrari had dominated endurance racing for years. But the second version of the GT40, the MKII, swept Daytona, Sebring, and Le Mans in 1966, rocketing the GT40 into automotive history.

The last of that storied line, Chassis P/1085, was done in a striking baby blue with white racing livery. Originally delivered to Sir Malcolm Guthrie of the UK, the car was put into storage, where it remained until the late 2000s. Racing Fabrications got their hands on the car and performed a restoration, bringing every detail back to JWA specifications. 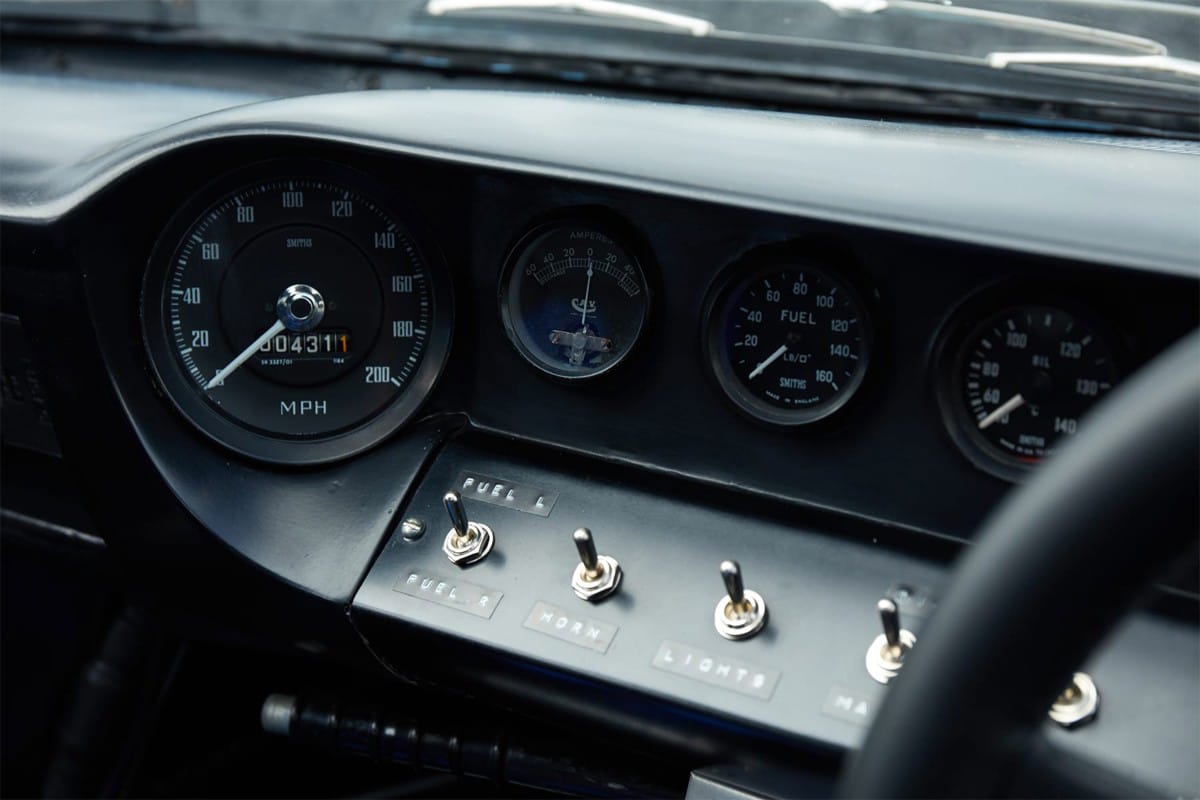 The chassis, which was still “as-new,” was left in its unmodified and original condition. The car rides on 10 inch and 14 inch wheels and features vented disc brakes and four-pot callipers. Under the hood is a Gurney Westlake V8. The car is eligible for historic racing. Gooding assures that “the car has been sparingly used over the past decade, receiving maintenance and servicing by Maxted-Page.”

The auction is planned for June 11 through 18. The GT40 is listed a part of a “trio of high-performance competition cars” that also includes a 1990 Porsche 962C race car and a 1957 Lotus Eleven. There’s no estimate listed for the GT40, but you can expect it to go for somewhere north of $2.5 million. 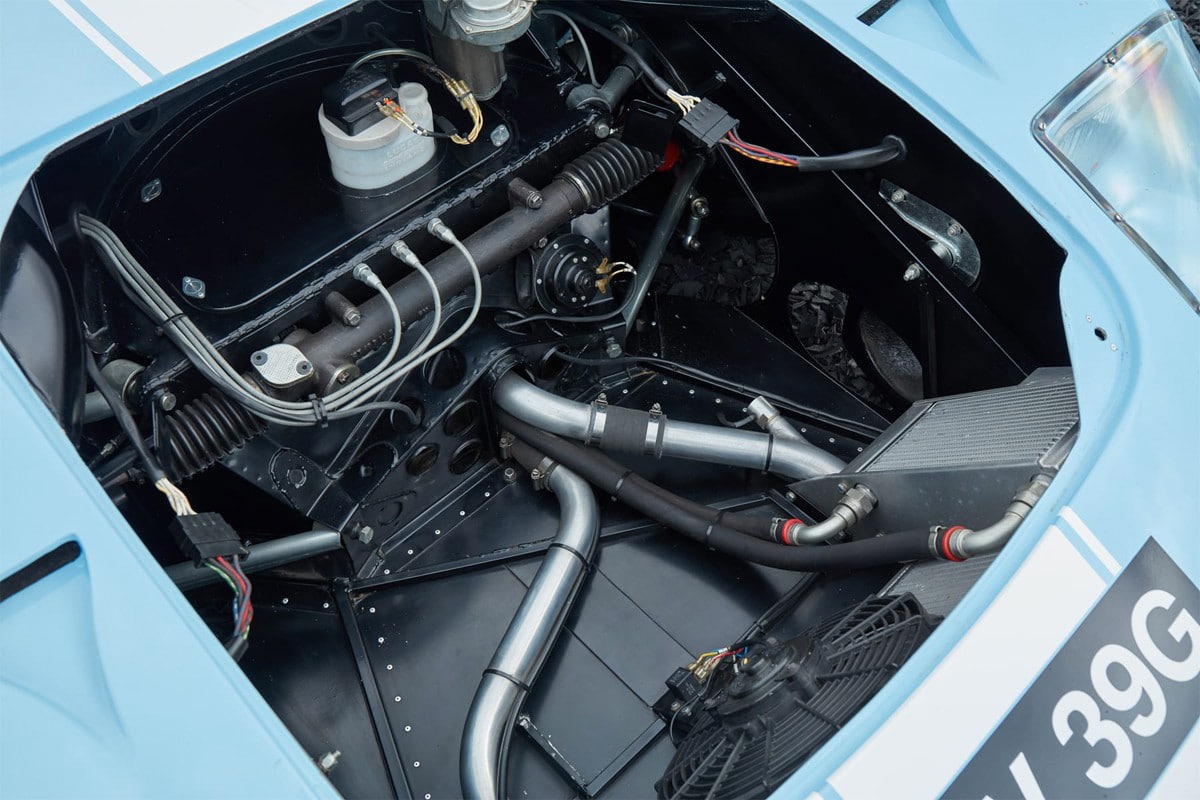 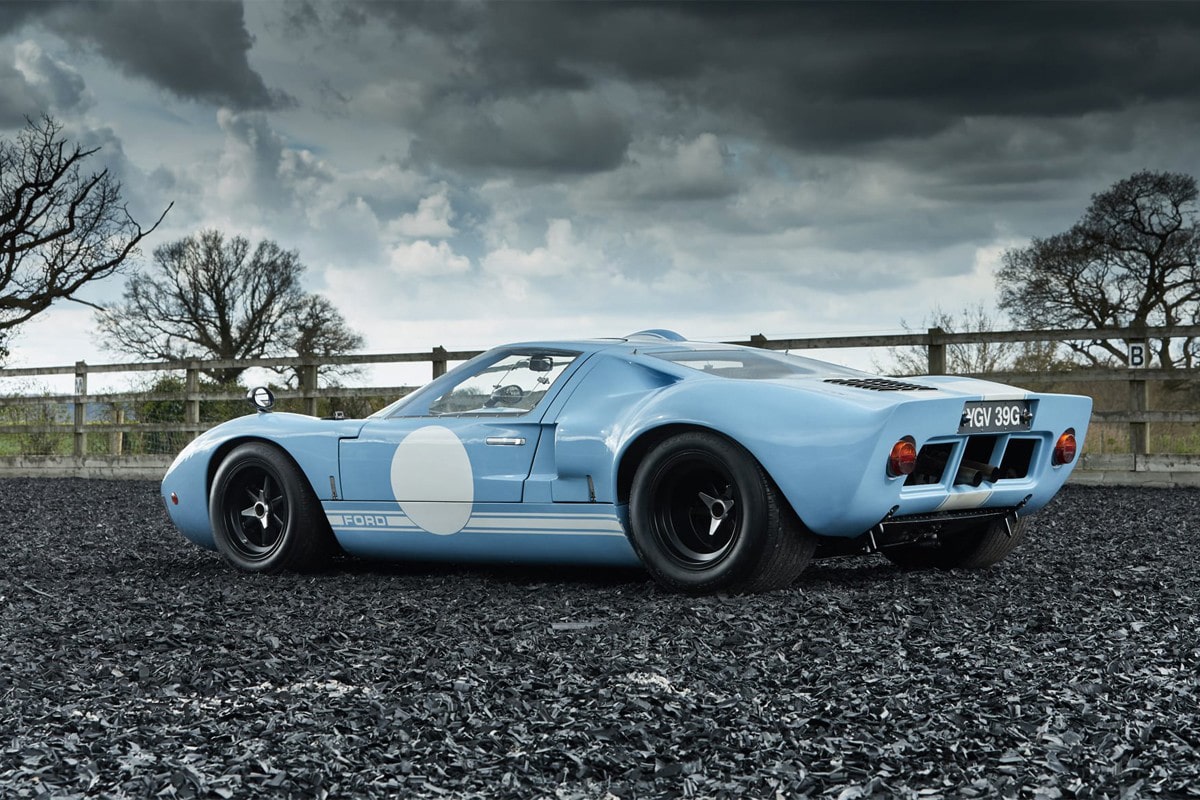 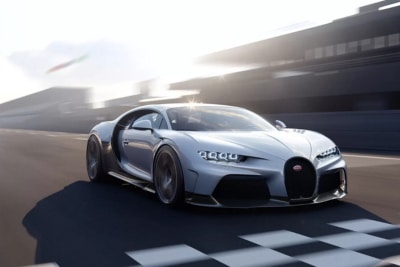 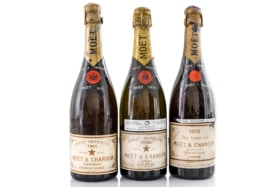 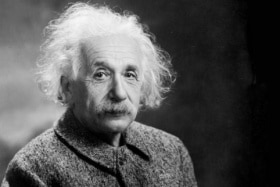 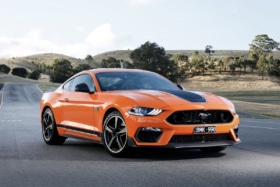 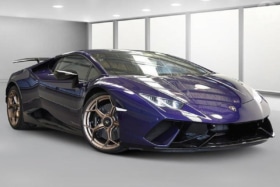 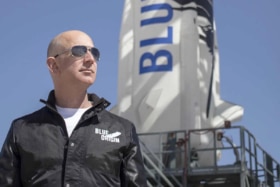 Flying
Cop That Elon! Jeff Bezos will be the First Billionaire in Space
load more articles