So you’ve never owned a truck before? And you have no desire to drive around in a giant vehicle that would be at home in a stadium during a monster truck rally? Well, Ford has you in mind. The automobile company perhaps best known for its F150 truck has a new pickup that they’re banking on appealing to more people—the 2022 Ford Maverick. Todd Eckert, Ford’s Truck Group Marketing Manager, says, “We believe it will be compelling to a lot of people who have never before considered a truck.” It appears to be paying off. In a release from the automaker, Ford revealed that 36,000 reservations for the 2022 Maverick have already been fielded, well short of 190,000 it got for the Bronco but still a huge amount for a mid-sized truck.

You’ll also like:
The ‘Perfect Spec’ Porsche 911 GT3 You Can Only Get in Australia
Win a Supercharged Hellcat V8 RAM 1500 TRX and $20,000!
An Icon Returns: Toyota LandCruiser 300 Series Launching in Australian this Year The Ford Maverick is a small package carrying a big load. It’s no half tonne truck—like the F150 or the Ram 1500—but it is ready to take on the midsize market that has been dominated largely by the Nissan Frontier and the Toyota Tacoma. The Maverick has a unibody design, which makes it easier to build as well as being more efficient. Just because it is smaller doesn’t mean that the Maverick can’t deliver.

The little truck has a 1,500-pound payload, a 4,000-pound max towing capacity, and a 4.5 footbed. It also has a hybrid powertrain as standard, delivering up to 40 miles per gallon. What’s even more appealing, it has a $21,490 starting price. 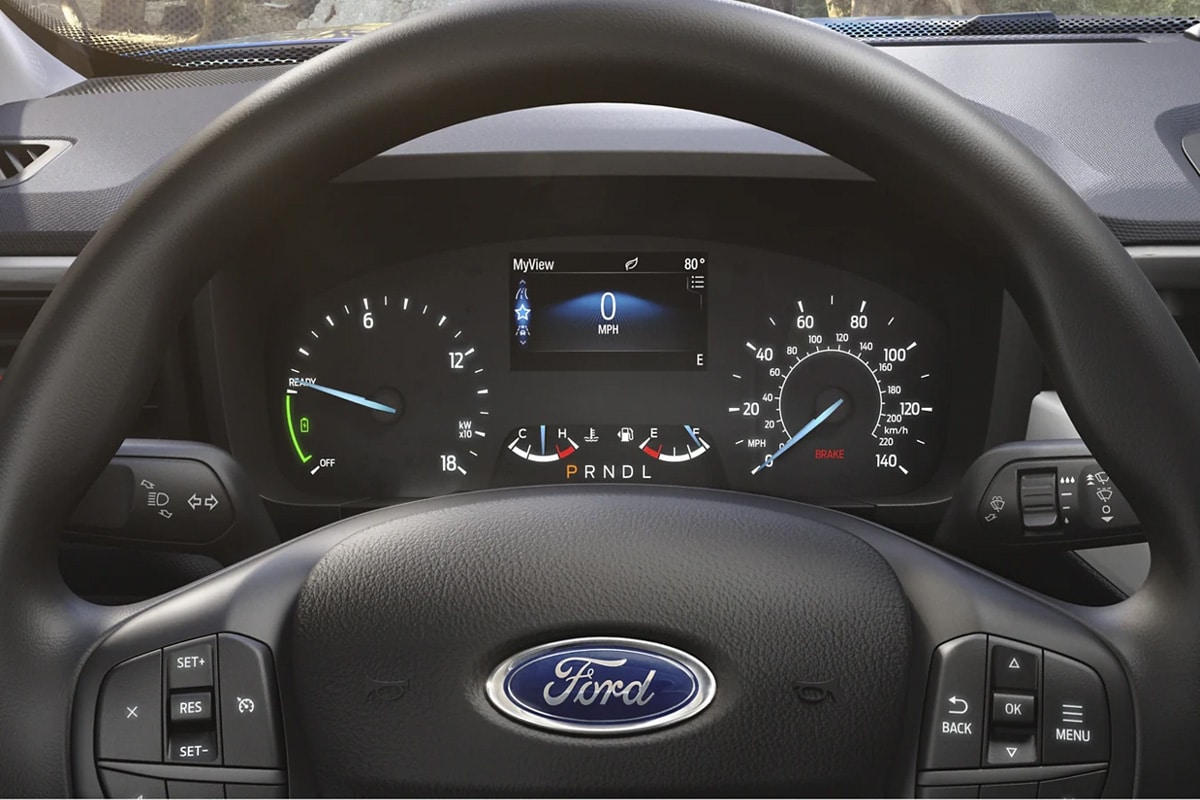 The Maverick’s powertrain has already proven out to be a reliable one. You can find the same powertrains in the Escape and the Bronco Sport lines. The standard powertrain for the Maverick is the 2.5-litre I-4/electric-motor, a front-wheel-drive system capable of 191 total horsepower. If more power or all-wheel drive is what you’re looking for, you can go with the 2.0-litre turbocharged I-4, which was used in the Bronco Sport Badlands EcoBoost. This engine offers 250 horsepower and 277 lb-ft of torque, all tied into an eight-speed automatic transmission. 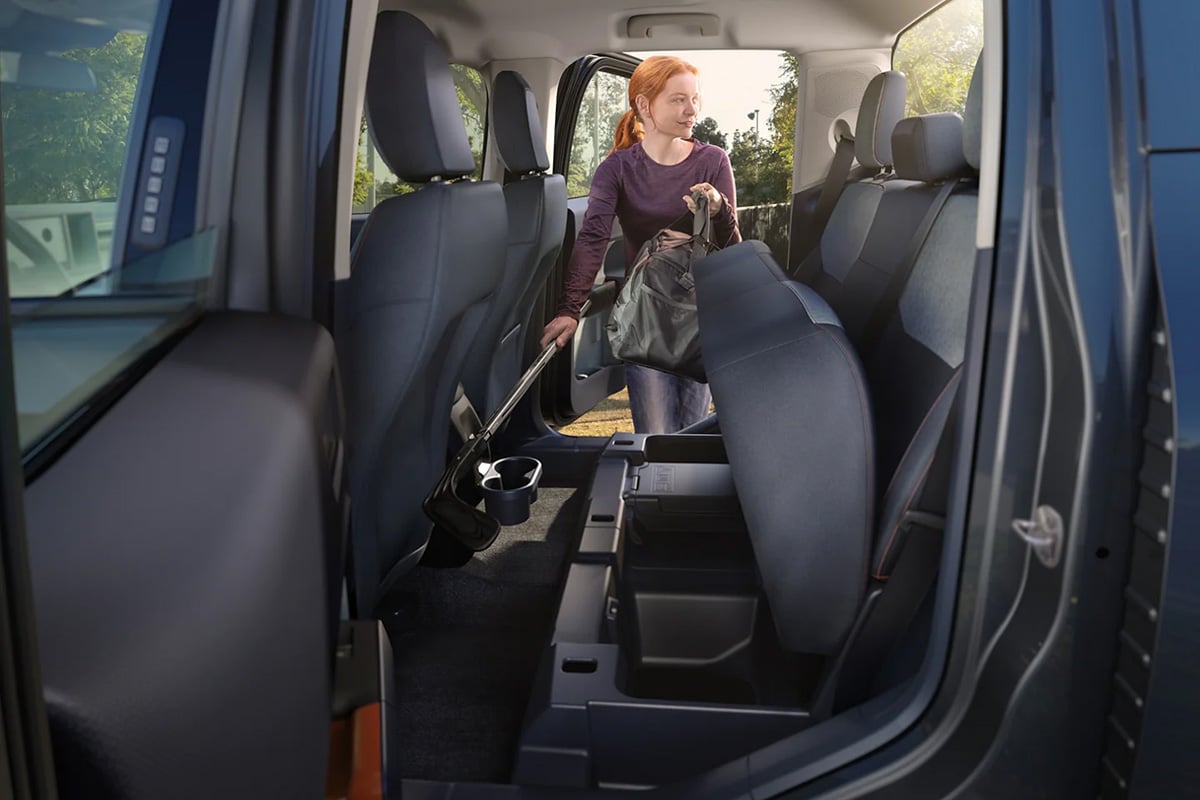 Inside the cab, the Maverick was designed to be functional and durable. There’s plenty of storage cubbies and space for passengers. The materials used come in plenty of colours as well. An 8.0-inch centre screen supports Apple CarPlay and Android Auto. The truck also comes with Fordpass Connect Wi-Fi and Ford Co-Pilot 360. If the truck life never appealed to you, you may want to reconsider now that the Ford Maverick is on its way. 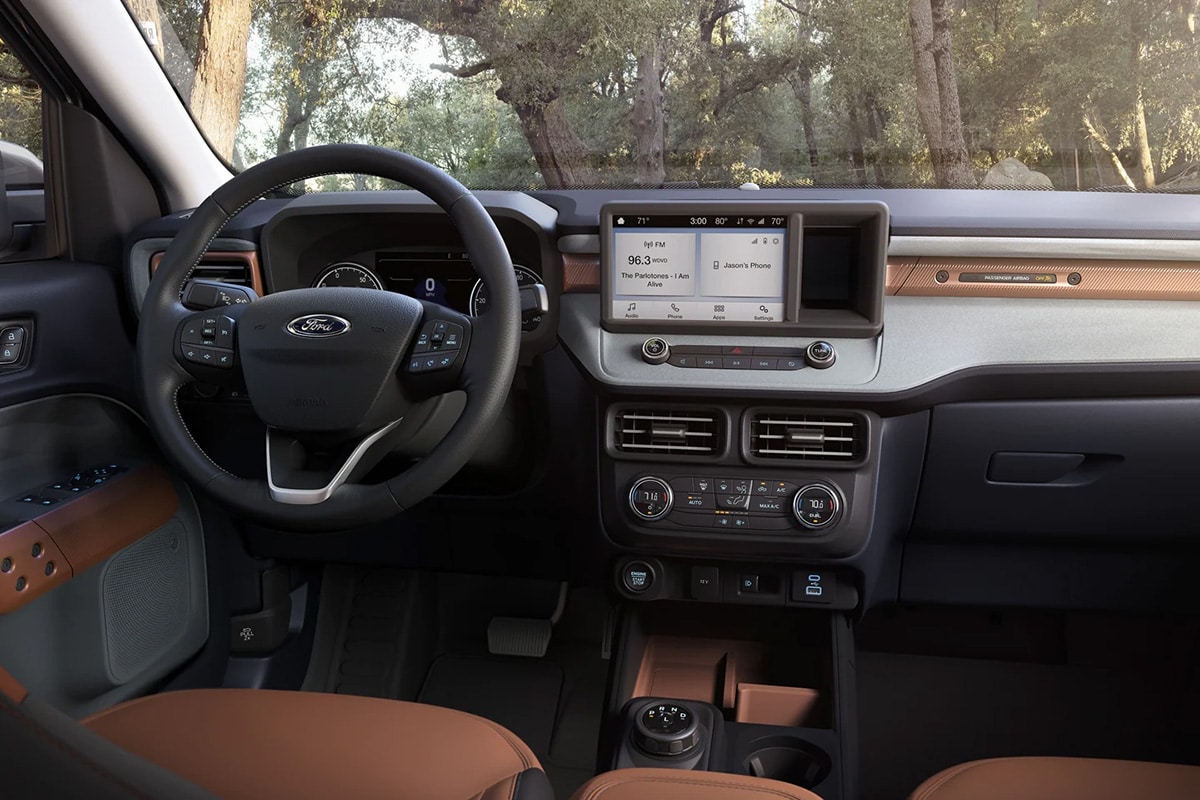 You’ll also like:
The ‘Perfect Spec’ Porsche 911 GT3 You Can Only Get in Australia
Win a Supercharged Hellcat V8 RAM 1500 TRX and $20,000!
An Icon Returns: Toyota LandCruiser 300 Series Launching in Australian this Year