It is no far stretch to say Formula 1 (F1) drivers love their cars, but sometimes, the obsession can surprise you. Over the years, we’ve seen racing icons like Sebastian Vettel sell off his prized collection of Ferraris, while some more memorable releases have also hit the auction block. But in 2022, a new piece of memorabilia is up for grabs and it’s a long way from the meticulously manicured racetracks of Monaco. It comes in the form of a fully restored 1970 Ford Bronco owned and driven by 2009 Formula 1 World Champion Jenson Button. 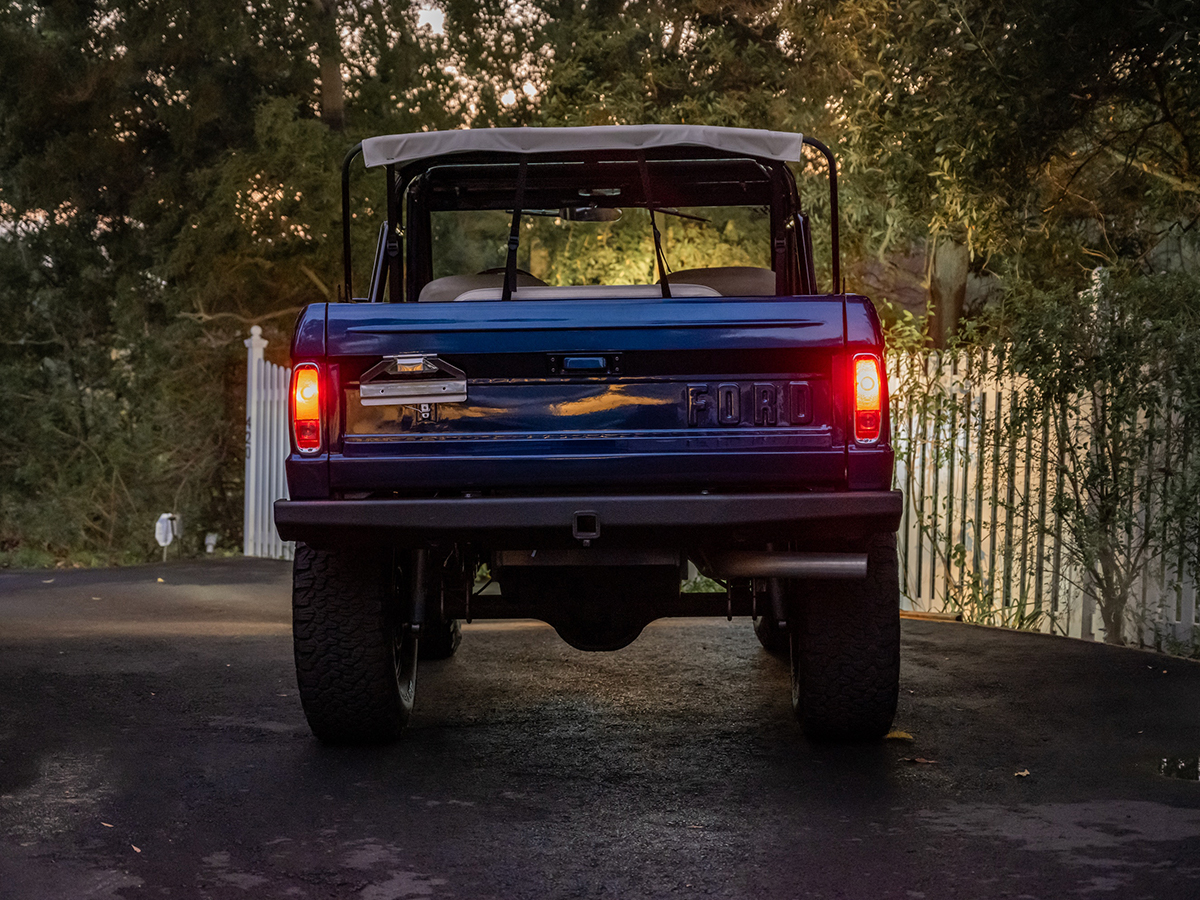 Officially offered through the Los Angeles-based Collecting Cars auction platform, Button’s 1970 Ford Bronco custom truck is based on the first generation of Ford’s rugged 4×4. For lovers of American ingenuity, that means this iteration of the Ford off-road icon is powered by a naturally aspirated and fuel-injected 302ci (4.9L) small-block Bronco V8, driving all four wheels via a three-speed automatic transmission. But like all car-lovers with a bit of cash (try around USD$150 million in career earnings), Button didn’t stop at the stock standard. 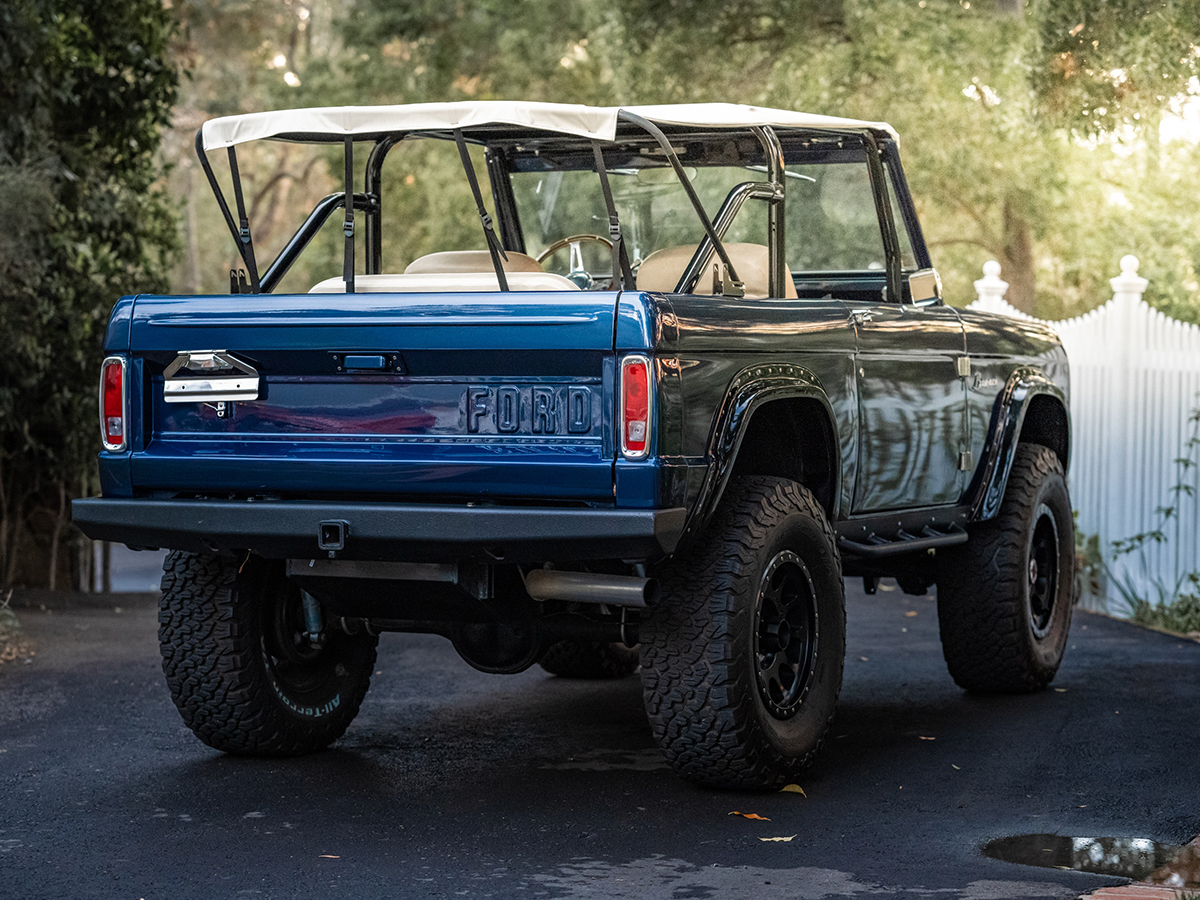 From the design perspective, minimal is the name of the game. Long-heralded as the workhorse of America, the Bronco’s boxy frame and simple design language is part of what makes it so uniquely recognisable. Naturally, Button kept these elements paramount, even opting for the iconic smart Dark Blue hue. You’ll also note this Bronco features gloss black wheel arch extensions, as well as side protection runners, adding a small touch of individuality to the finished product. Throw in the custom ‘side window delete’ treatment, with red accents around the front grille, towing hooks, and the ‘Ford’ badge, and you’ve got a subtle nod to the new-age of F1 off-roading. 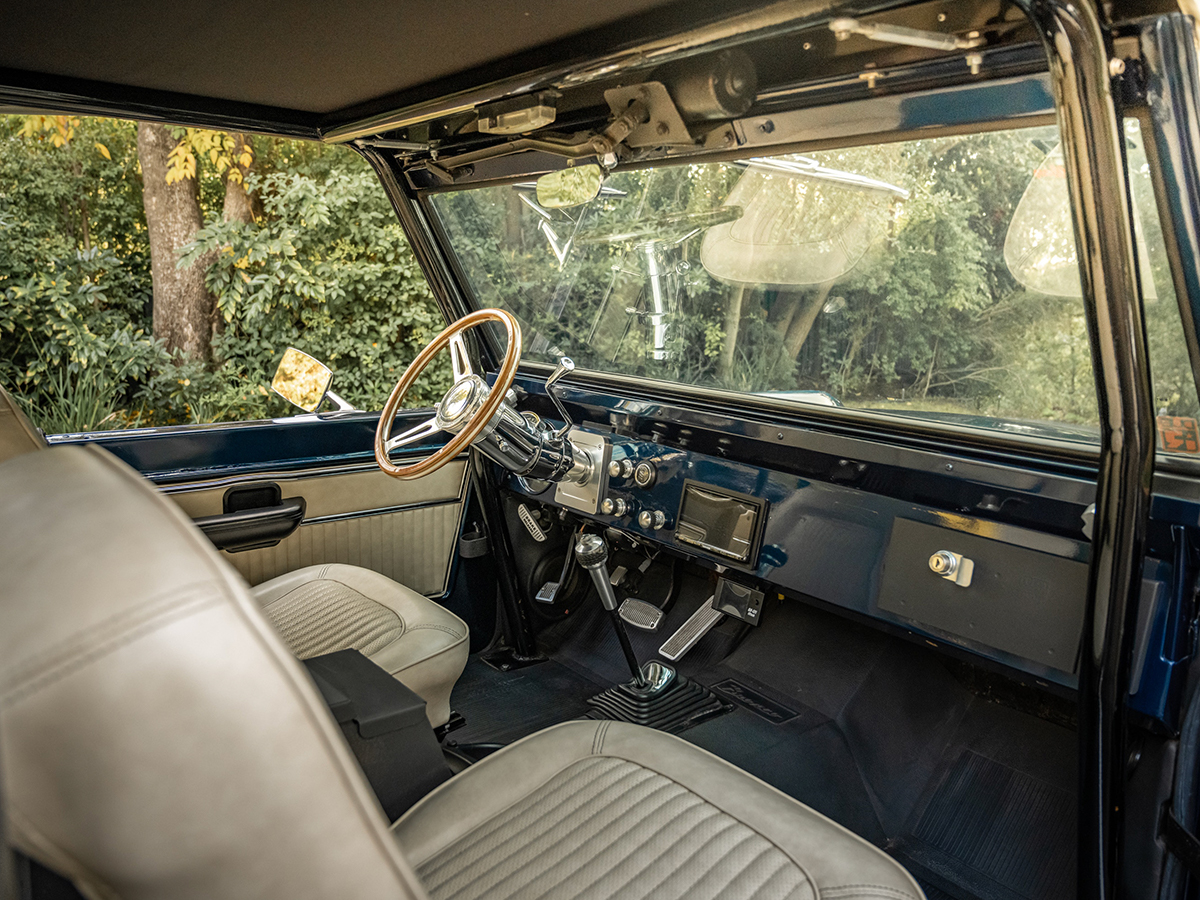 On the inside, it’s as classic as it gets. A new cream leather covers the period-correct seats, with the half roll cage finished in black, as well as a lightweight roof frame and a new Bimini soft top. You can even slap your tunes in via the very modern Kenwood stereo and USB cable.

Jensen Button’s 1970 Ford Bronco is being offered to a global bidding audience through January 20, with the bid sitting at USD$85,000 at the time of writing. Considering the fact this vehicle is a piece of American history that once belonged to the king of the track, you might be forgiven for thinking that’s a little low. We certainly are. 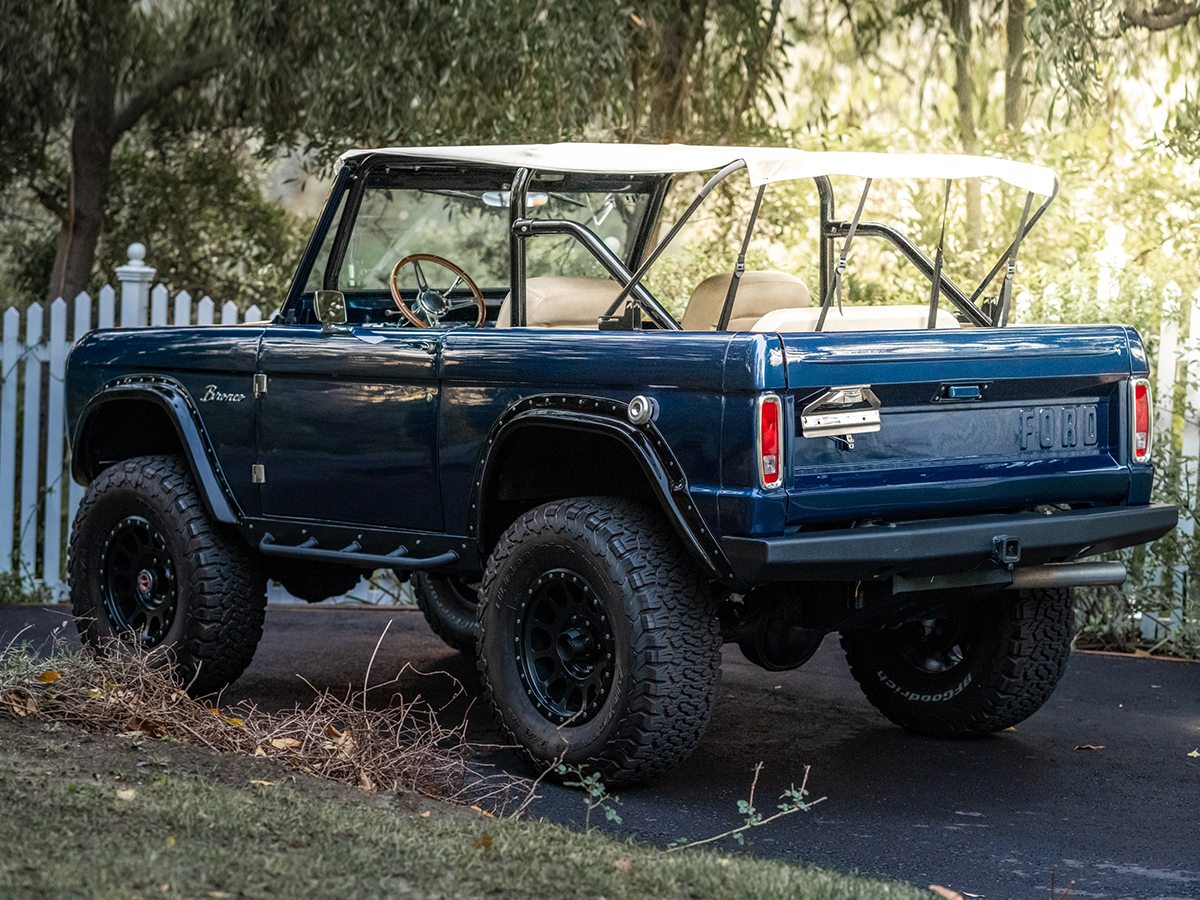 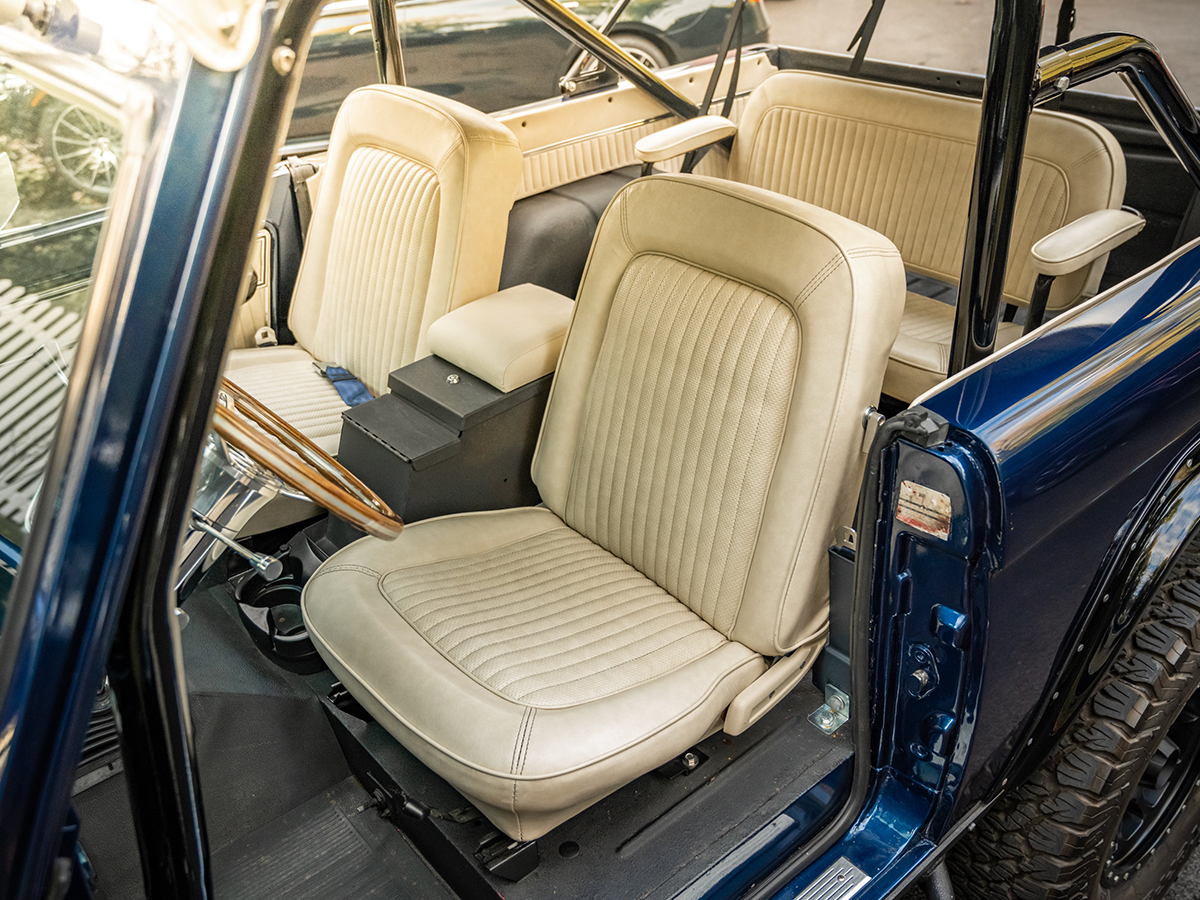 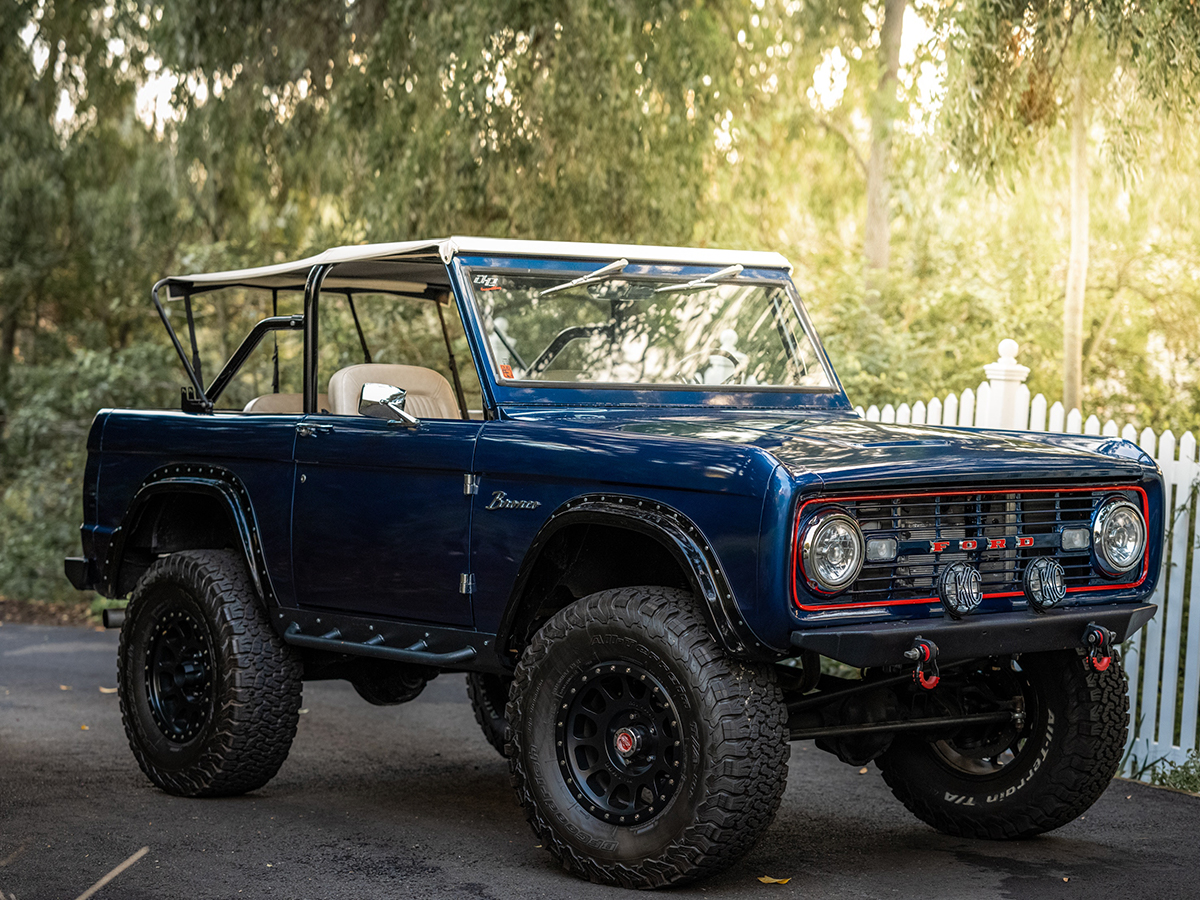 You’ll also like:
Honda e is Cooler Than a Supercar But Has One Huge Flaw
Ford Bronco Desert Racer is Baja-Ready V8 Dirt Destroyer
Overfinch Heritage Field Edition is a $500k Range Rover With All the Trimmings