When the GT R was first unveiled in 1970, car designer Jaebum “JB” Choi wasn’t even born yet. But that doesn’t mean that Choi doesn’t have something to add to the GT R legacy. As his final project while graduating from the ArtCenter College of Design in Pasadena, California, Choi took the iconic car to the year 2050, creating the Nissan GT R X 2050 Concept. 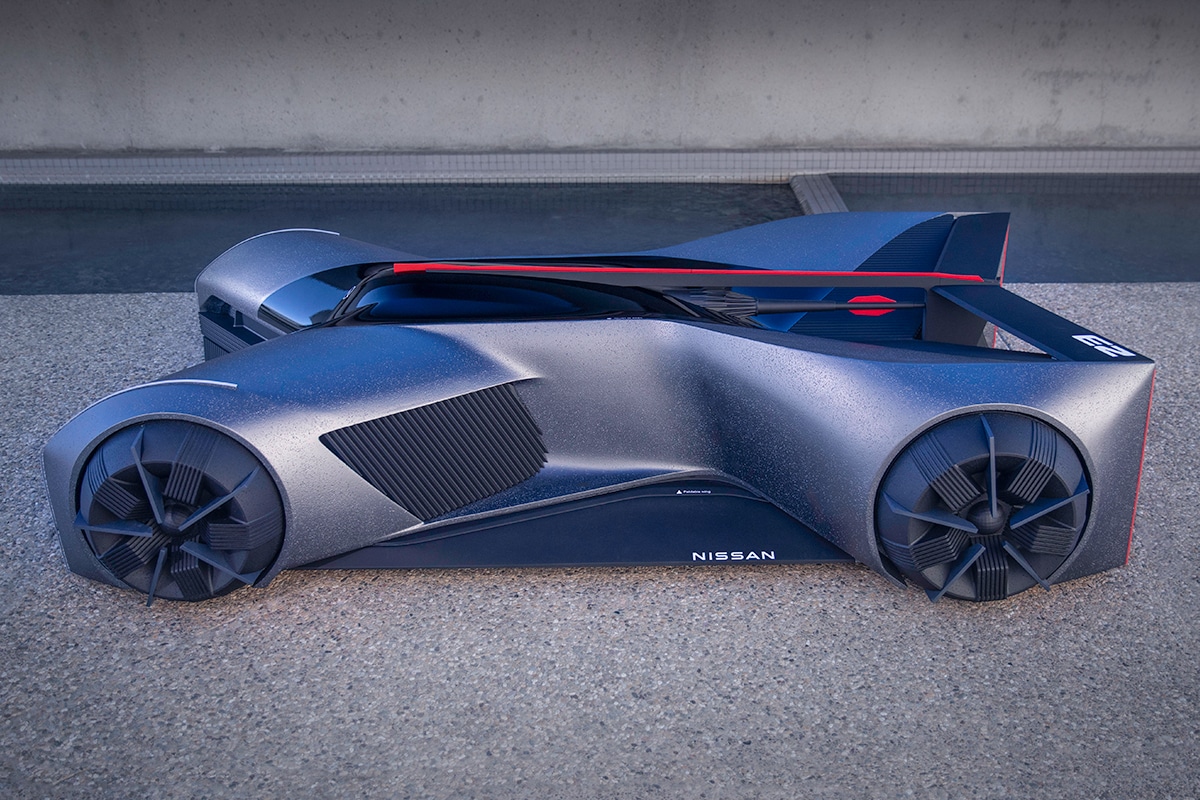 “I started my internship at NDA in January and participated in company projects for about two months,” explains Choi. “Then I started my ‘vision humanoid’ project for the rest of the internship, working from home because of COVID-19. Little did I imagine then that the team at NDA would take me under their wings and help me create it as a full-size model.”

That model measures just under 10 feet long. It also measures just 2 feet high. The low-riding vehicle has space for a single occupant who sits in a prone position in the middle of the X-shaped vehicle. The vision is for the car to be a “wearable machine,” which Choi envisions as being connected to the driver’s brain. The X shape is done so that the car can better protect that human brain.

“Exo-skeletons today make people stronger by wearing mechanical structures. I tried to fit the size of a person’s body as much as I could, as if I were wearing a car. I wanted to create a new form of machine that is not a vehicle to ride, it is the space where machine and the human become one,” says Choi. The vehicle is also equipped with 21-inch tires that are almost squares, enabling the car to turn 360 degrees. 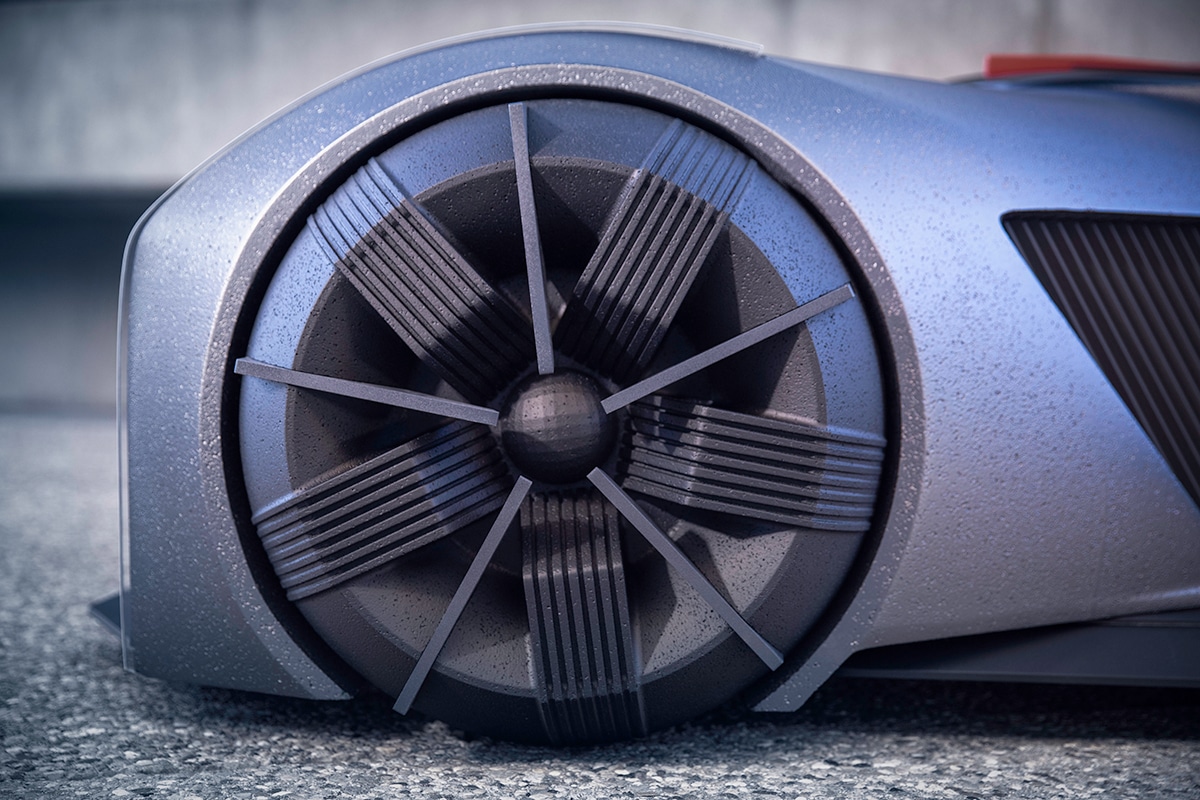 “JB has essentially envisioned a new mode of transportation that people could experience like clothes, ‘wearable,’ instead of a traditional vehicle ‘carriage,’” says NDA Vice President David Woodhouse. “It is the kind of breaking-the-mould thinking that has always been encouraged here at NDA. We’ve been honoured to help bring JB’s vision to life.” It’s a futuristic take on the GT R, but it would be a welcome addition to an already famous legacy. 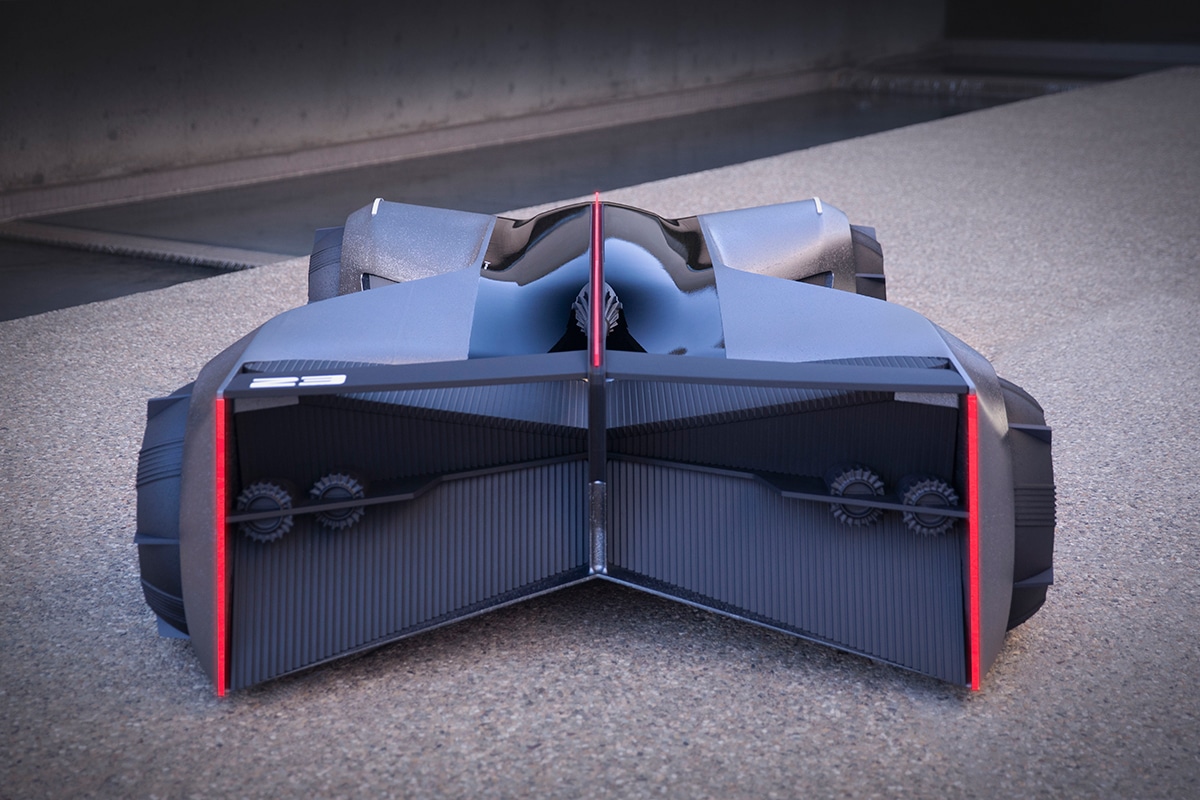 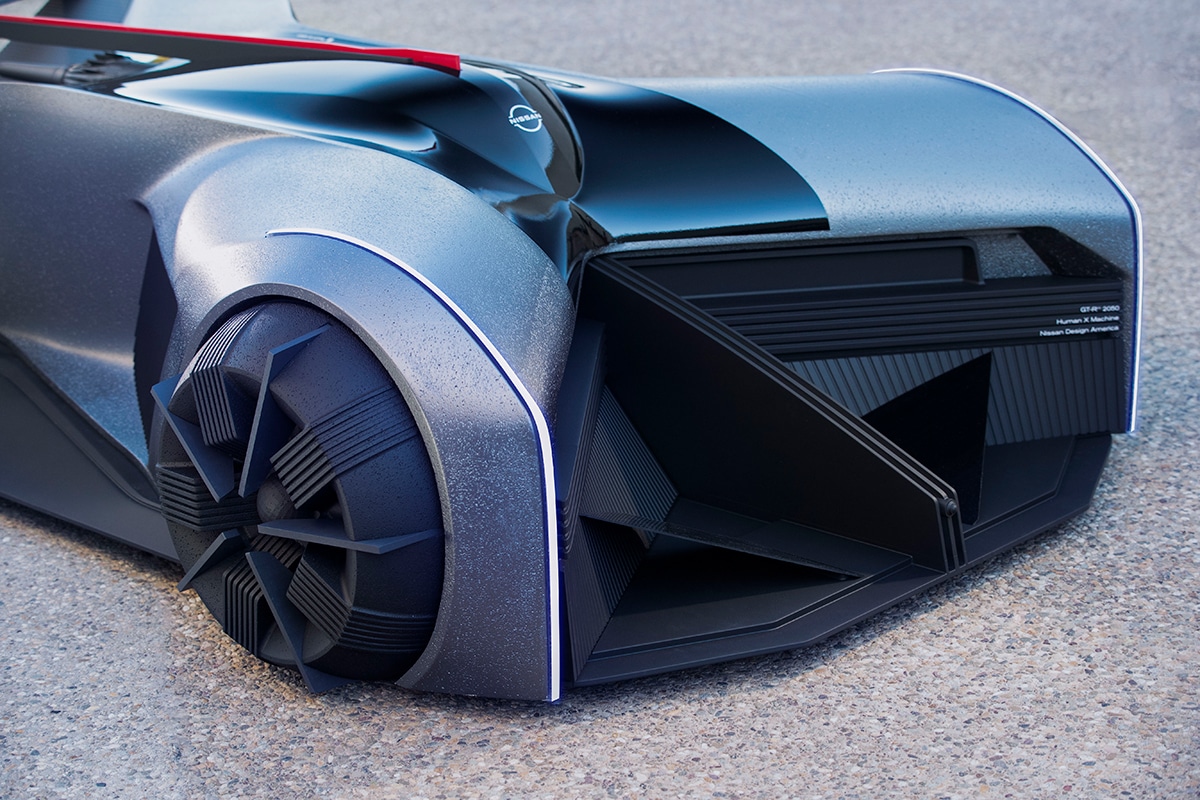 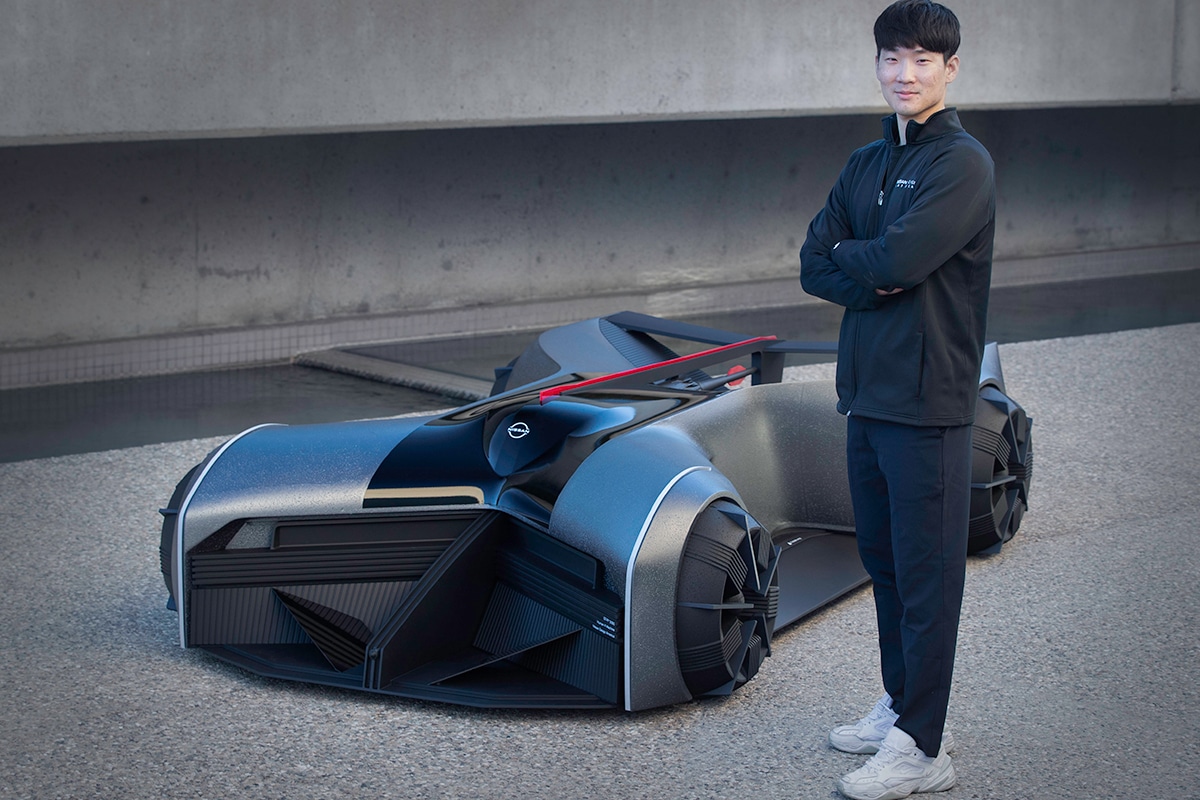