Bringing back iconic nameplates are very much the new norm and it is sitting pretty well with the bean counters as well due to the instant success that these cars bring. The comfort of a well-known brand sits well with consumers and that certainly gives an edge. Seemingly so with Acura bringing back its Integra nameplate and also igniting the love for this car which was once the darling of the noughties. 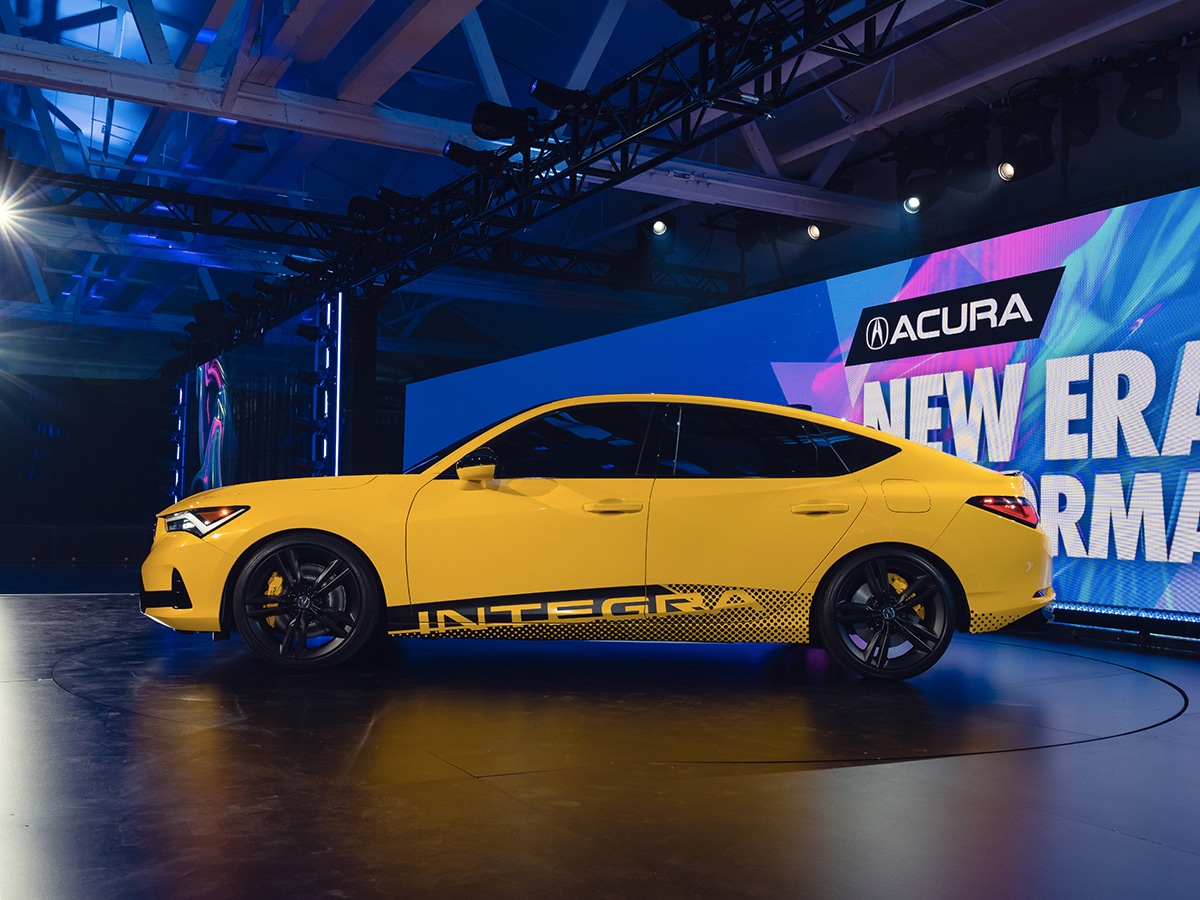 The new 5th generation Integra has been shown in prototype form while being billed as a “sport compact” I.e. with Civic underpinnings and a souped-up powertrain found in more mainstream Acura models. Just to remind ourselves, the original Integra has established the Acura brand in the US and the Type R has carved a firm place in the history books as one of the greatest performance cars ever made.

The last Integra was sold way back in 2006 and was discontinued later due to the lack of demand for the small coupe segment. Fast forward to 2021 and people are gravitating towards affordable performance cars before an eventual shift to EVs, hence the timing of the return of the Integra brand could not have been better. The 2023 model also tries to replicate its predecessors with a sloping roofline and a coupe-like design, albeit within more practical boundaries.

Other Acura design cues include it’s new ” frameless Diamond Pentagon grille” while the DRLs are positioned rather nicely along with those LED headlamps. The proportions are largely spot-on and further helped by this striking yellow paint job mimicking the “Phoenix Yellow” paint offered on the iconic 2000-2001 Integra Type R. Gloss black accents, 19-inch wheels and Brembo brakes also hints at the obvious performance potential. Don’t be fooled by the concept tag also as the new Integra lands in US showrooms largely unchanged by next year, armed with a six-speed manual, 1.5-litre VTEC power train and a limited slip differential. In terms of its power output, we expect around 200 bhp or more while an asking price of $30,000 puts it within an affordable performance car spectrum.

We certainly like what we see and hope Australia gets this car but at the moment, chances are weak with no plans of a RHD variant being made. That said, we do keep our fingers crossed and our eyes peeled for any potential indication regarding the new-generation Integra making it to our shores. For now, we’ll just have to stay tuned.