Let’s take a moment and use our imagination with a hypothetical situation. Let’s say that a popular and successful movie producer comes to you with an idea for a new movie that will no doubt become a classic if it’s done right. The idea is to have an unlikely friendship between a rebellious, skateboarding teenager and an eccentric scientist who just might be a little bit crazy.

This scientist, after a bump on the head, conceives how time travel could be possible, and then he makes a time machine out of a car—but not just any car. It has to be a car that is stylish and maybe a bit of an outsider from the rest of the automotive world. So which car do you choose? The obvious answer? 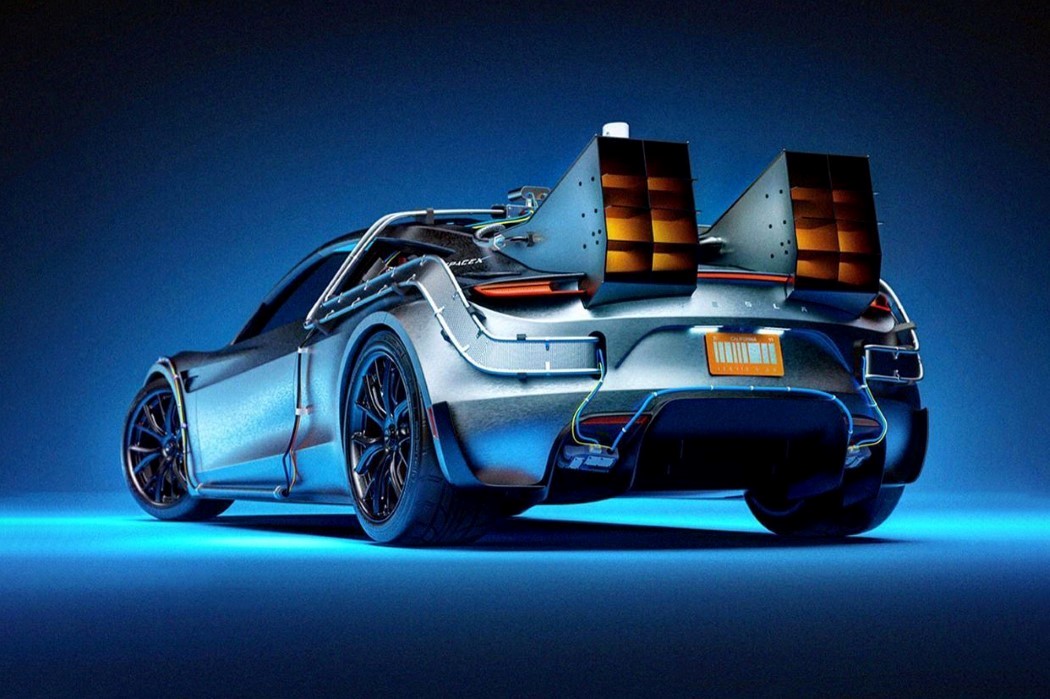 From the creative mind of Charlie Nghiem, we get the car that would be the iconic symbol of a modern rendition of Back to the Future. Nghiem imagines a Tesla Roadster that has been decked out with all the mods that we see at the end of the first film. The afterburners on the back of the Roadster, which help to enable the vehicle’s ability to fly are the most notable addition. You’ll also see Mr. Fusion proudly stacked atop the rest of the components of the time machine.

Inside, you can catch a glimpse of the control panel with dates already set in. You can also see the lit-up flux capacitor primed and ready to go. A hoverboard sits in the passenger seat in one shot and is then propped against the car’s back wheel in another. Not content with just turning the Tesla into a time machine, Nghiem throws in some references to Elon Musk’s other venture, SpaceX.

A final shot in the series shows the Tesla being backed out of the delivery truck, just as the Delorean was in the Twin Pines Mall. If Nghiem had his way, Marty McFly would be saying to Doc Brown, “Wait a minute, Doc, are you telling me that you built a time machine…out of a Tesla?” 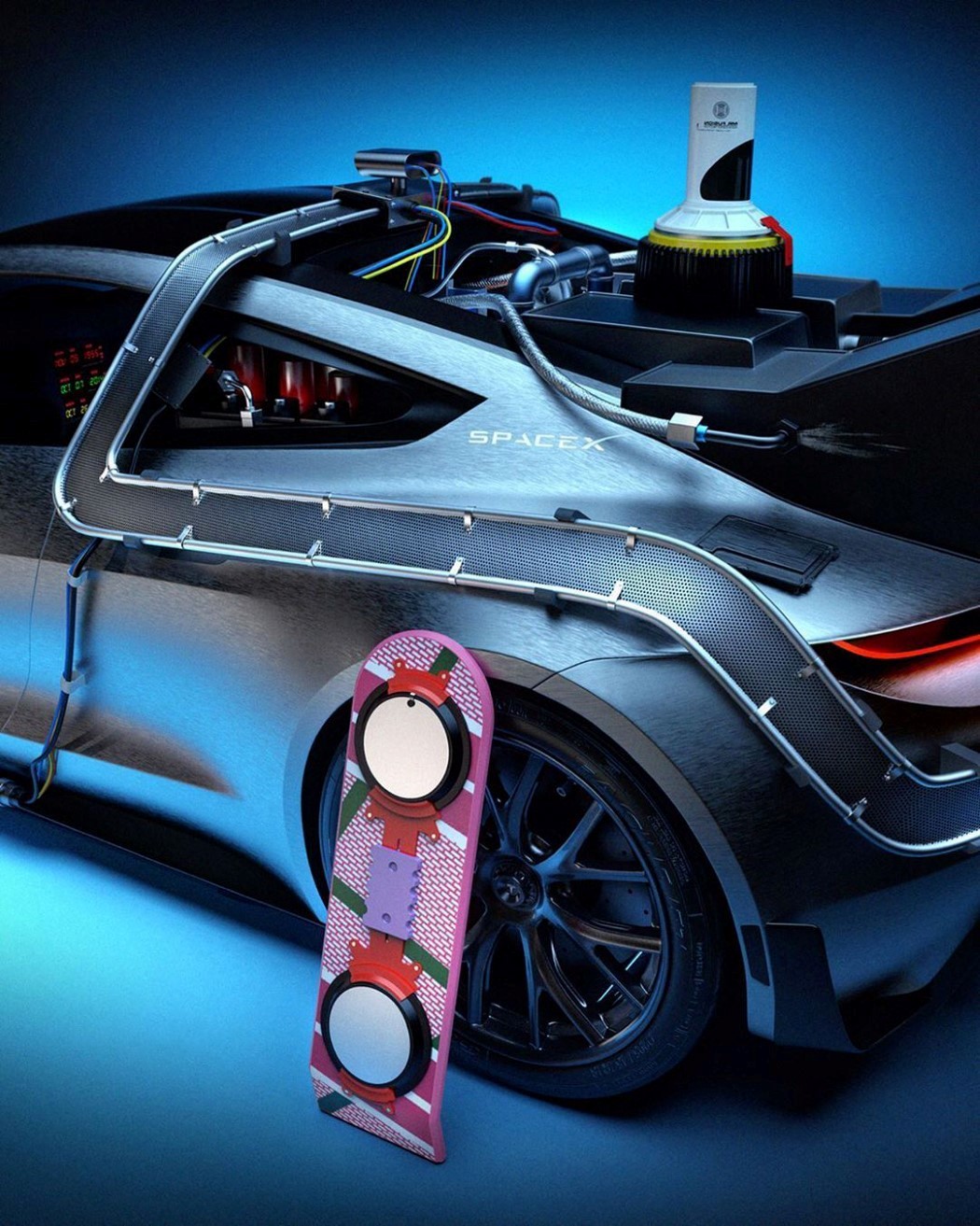 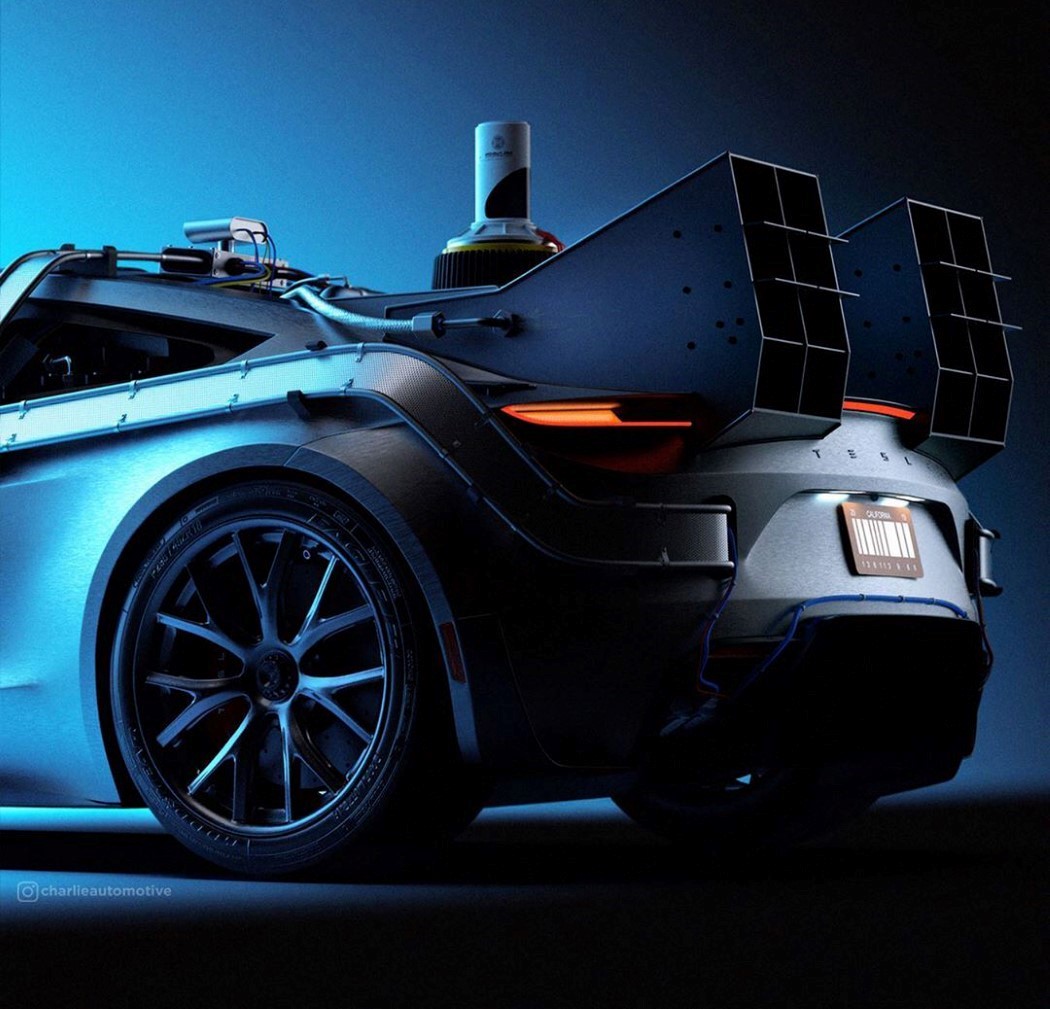 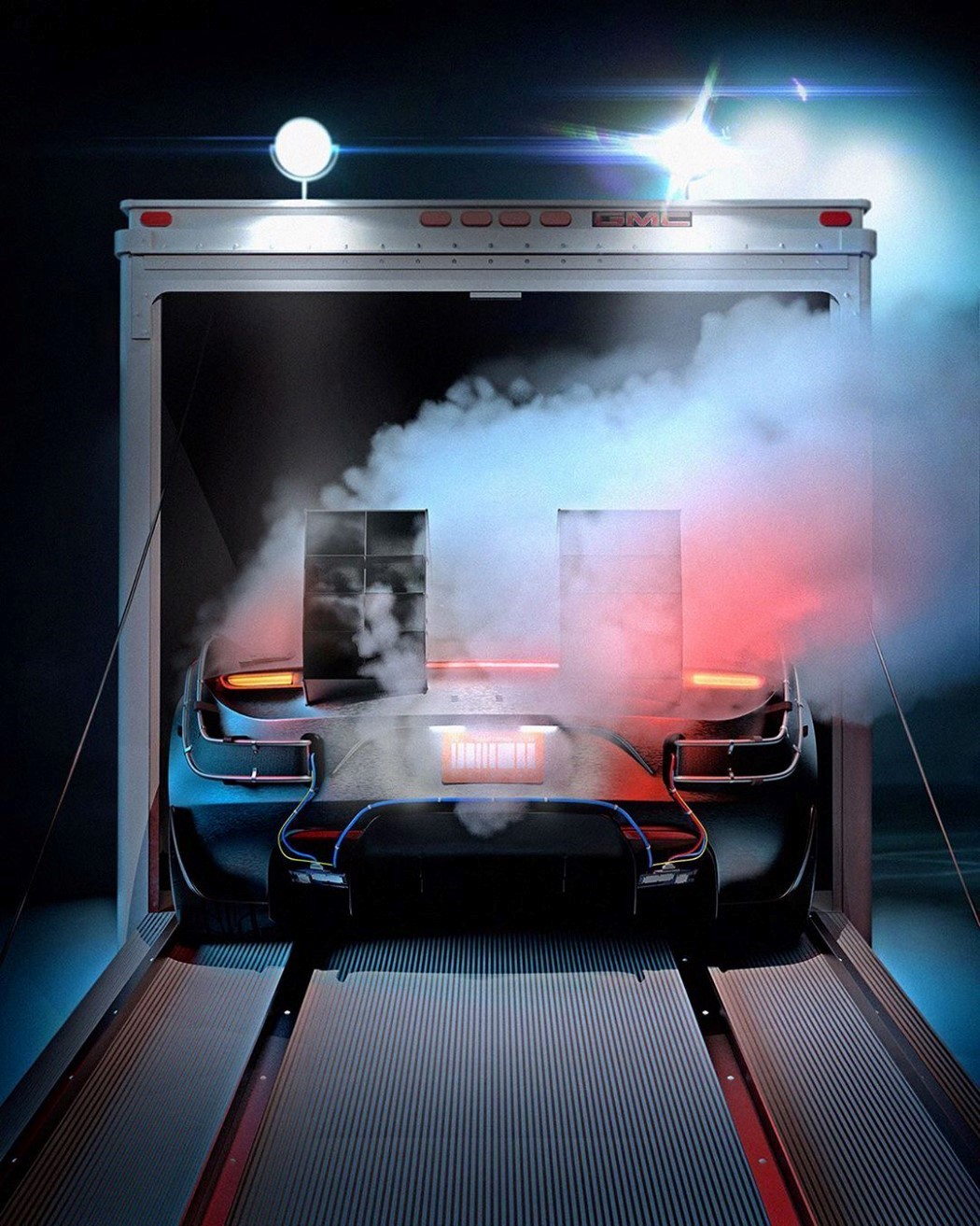