To infinity and beyond. The time has come for everyone to take a look inside the new space shuttle from Sir Richard Branson’s Virgin Galactic. Presented via live stream, Michael Colglazier (CEO of Virgin Galactic) and Richard guided viewers inside the spaceship cabin for the VSS Unity – a major first step in the future of commercial space tourism. 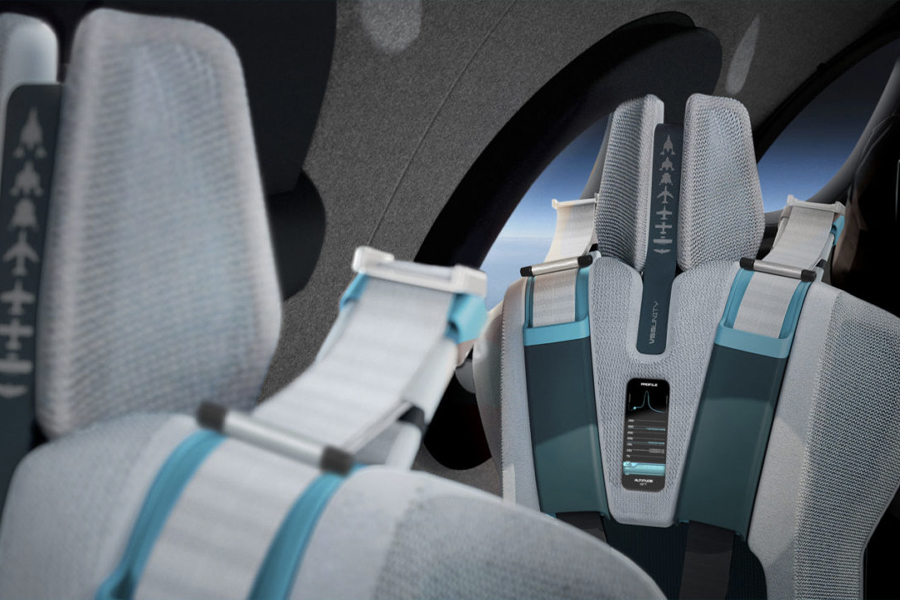 Sporting a minimalist and ergonomic interior, each seat inside the six-person cabin has two personal windows for a view of the Earth below. A reported 600 “future astronauts” are set to take the US$200,000 journey into a place where no one can hear you scream.

Mood lighting, linked to each phase of the space flight, is also included for the first six astronauts lucky enough to take a trip where so few have gone before. The company is yet to confirm when that first flight will be, but Branson did confirm his attendance for the initial commercial trip when it finally takes off from Spaceport America. 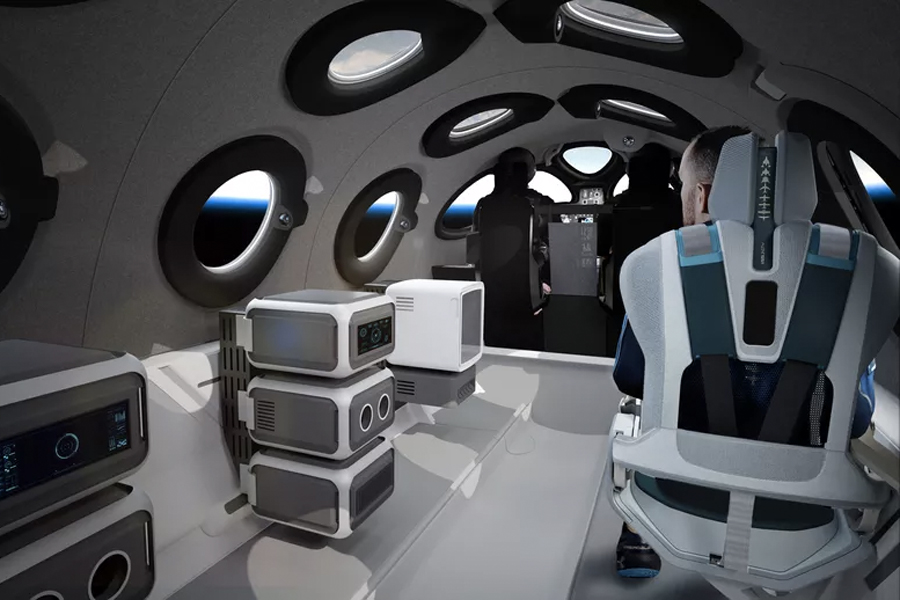 Virgin Galactic customer experience was at the forefront for Branson, designing the cabin to “specifically to allow thousands of people like you and me to achieve the dream of spaceflight safely – and that is incredibly exciting.”

During the flight astronauts will experience zero-gravity conditions for between three and four minutes, during which all lighting in the cabin will be turned off to allow people to focus on the Earth below. Deliberately sized for an out-of-seat weightlessness experience for the astronauts on board, Virgin Galactic commercial director, Stephen Attenborough, said the goal was to put the astronauts at the centre of the journey and design the ship in a way that anyone could fly. 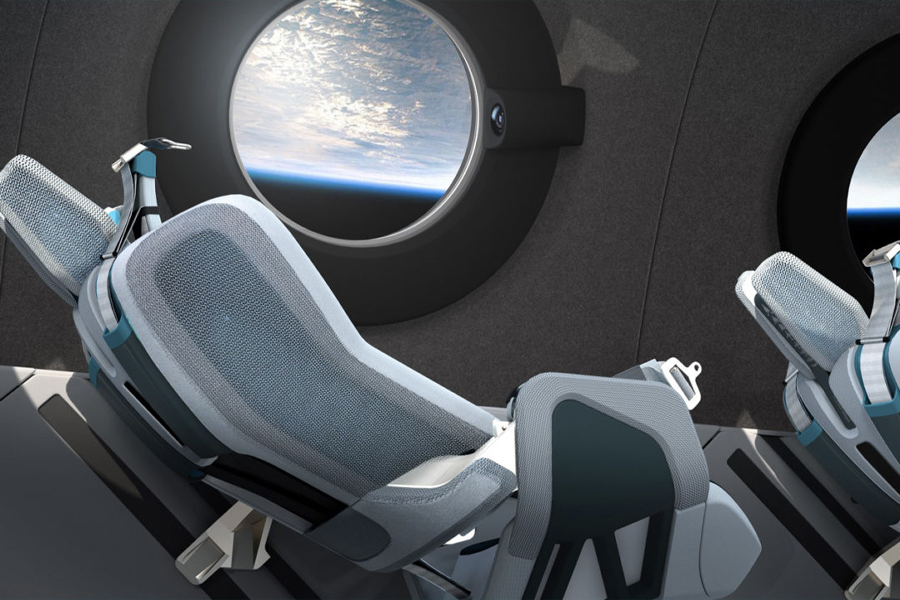 With 400 additional astronauts already making a deposit as part of the One Small Step programme to reserve the chance to buy a ticket when they become available again, Branson has given them all a sigh of relief announcing that “we will continue with that ethos as we expand our fleet, build our operations and underpin Virgin Galactic’s position as the Spaceline for Earth”.

Working with London design agency Seymourpowell on the “elegant but progressive, experience-focused concept” for the cabin interior, Virgin Galactic wanted the design to “integrate seamlessly with every other aspect of the astronauts’ journey”. 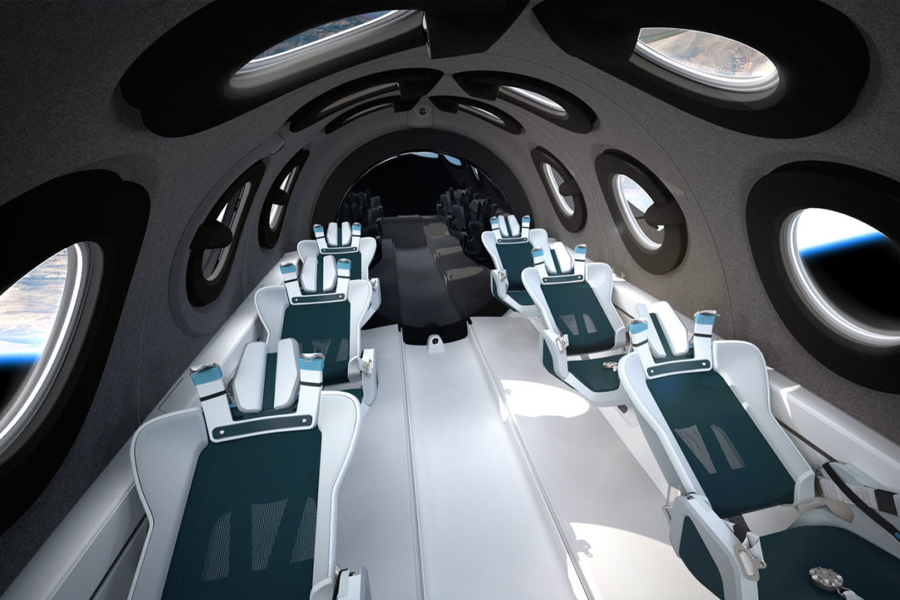 Another goal of the project was to maintain safety without distraction and “offer each astronaut a level of intimacy required for personal discovery and transformation”.

“The colour palette of the cabin has been carefully curated so that it complements the architecture of the seat, the cabin itself and spacesuits,” said Virgin. “The golden metallics resemble luminous desert sands, blues conjure celestial spaces and teals inspired by the ocean ground travellers back to Earth.”

You can watch the full live-stream reveal below.