Adventure bikes have a habit of adhering to the ” form follows function ” rule a little too closely. Sure, they often perform brilliantly and your uncle certainly doesn’t care what they look like, but not all of us are so accepting of drab design. Ducati teased us with their off-road concept at EICMA in 2019, but no one expected to actually see a production version, let alone it looking anything like the concept. But, only two years later, Ducati has revealed the DesertX, and it might just be the coolest looking adventure bike we’ve ever seen. 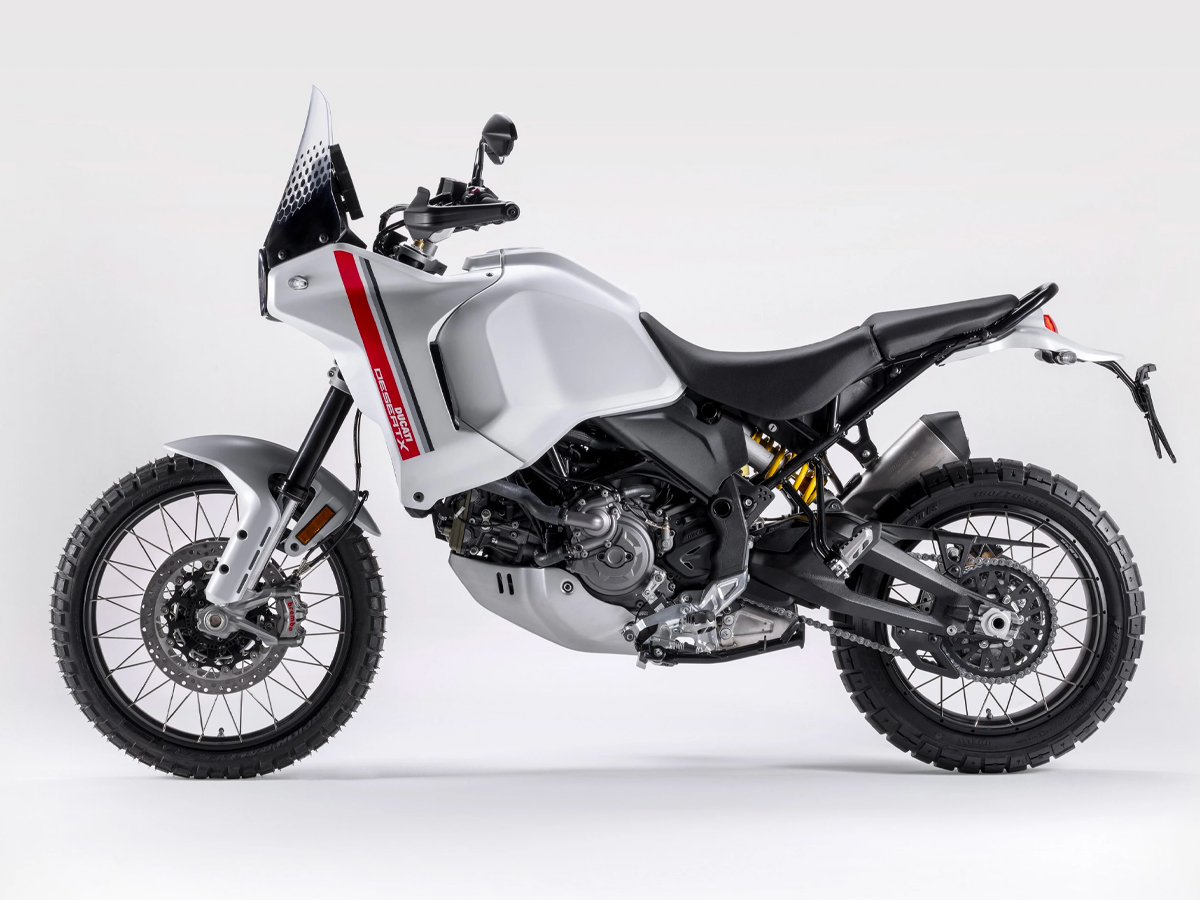 Ducati describes the new design language as “Post-heritage minimal”, we think it’s a little more “Bladerunner meets bush”, but it doesn’t matter which way you spin it, the DesertX is a striking piece of industrial design.

The Dakar inspired elements are obvious, but there is a considered approach to every detail. Big round LED headlights, minimal decals, a large tank… it’s a tasteful blend of retro adventure fused with modern technology and engineering. The aluminium cowl brings a little bash to the beauty which contrasts nicely with the elegant asymmetry of the tank and fairings.

“The designers have pushed for a minimalist aesthetic that communicates resistance, once again managing to combine form and function in the best possible way,” Ducati noted. While you might not agree with the PR spin, one thing is for sure, the Ducati team has nailed the overall aesthetic of the DesertX. 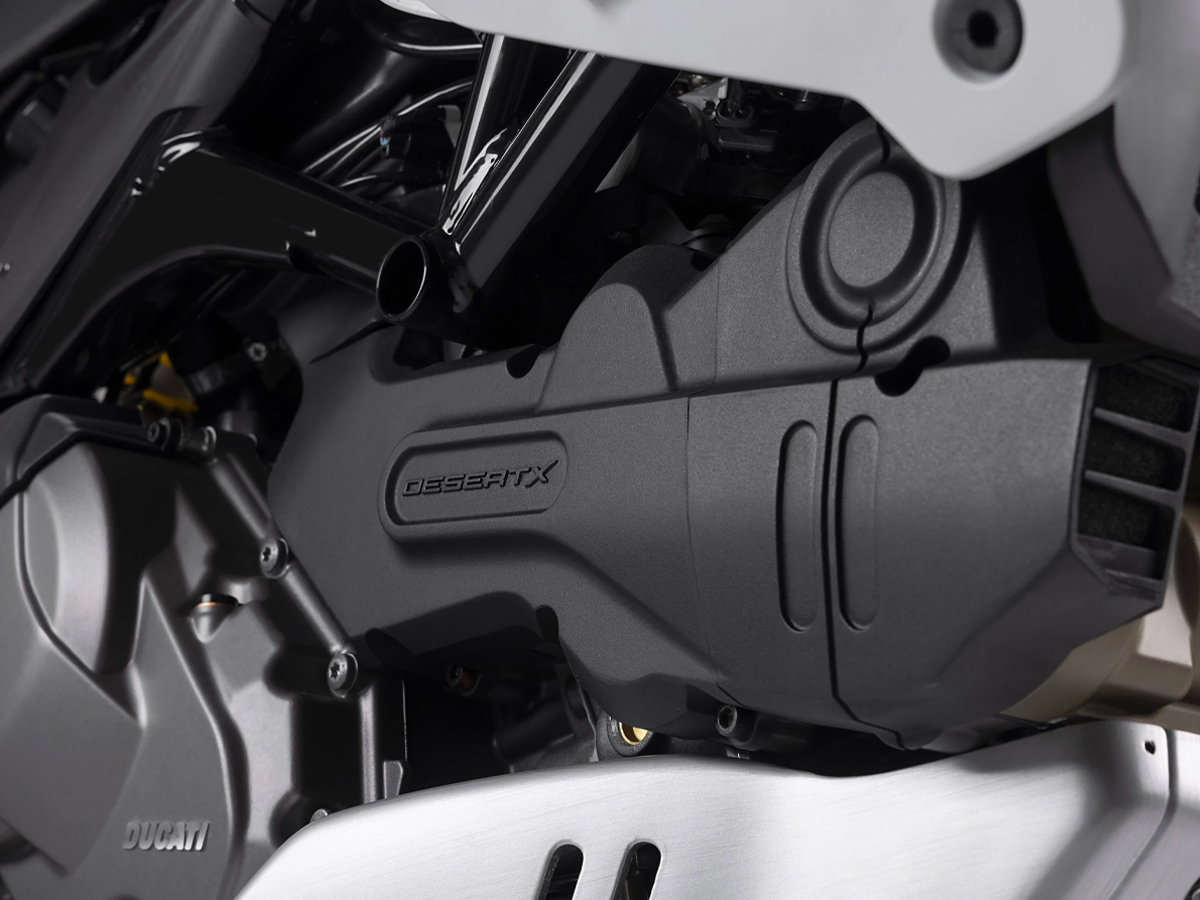 Ducati’s Pierluigi Zampieri (Head of Vehicle) says the “DesertX is a sport-tool, which we made easy on every road.” It’s equipped with that classic 21” front and 18” rear wheel combination (hello tyre options), long-stroke suspension, and an off-road frame “designed and tested to withstand the toughest conditions.”

Suspension is supplied by renowned Japanese brand “Kayaba”, with a 46mm upside-down front fork and fully adjustable single shock absorber at the rear. Ground clearance is an impressive 250mm, and the aluminium swingarm allows for 220 mm of rear-wheel travel.

Front brakes are Brembo M50, four-piston monobloc calipers, with adjustable levers and a 320mm double disc. At the rear, a single 265mm disc is gripped with a double-piston floating caliper.

The DesertX has been designed to be “comfortable, easy and safe for urban commuting and long travels “, and while the 875mm seat height might be daunting for shorter riders, an optional seat and lowered suspension kit should get most riders out of trouble. 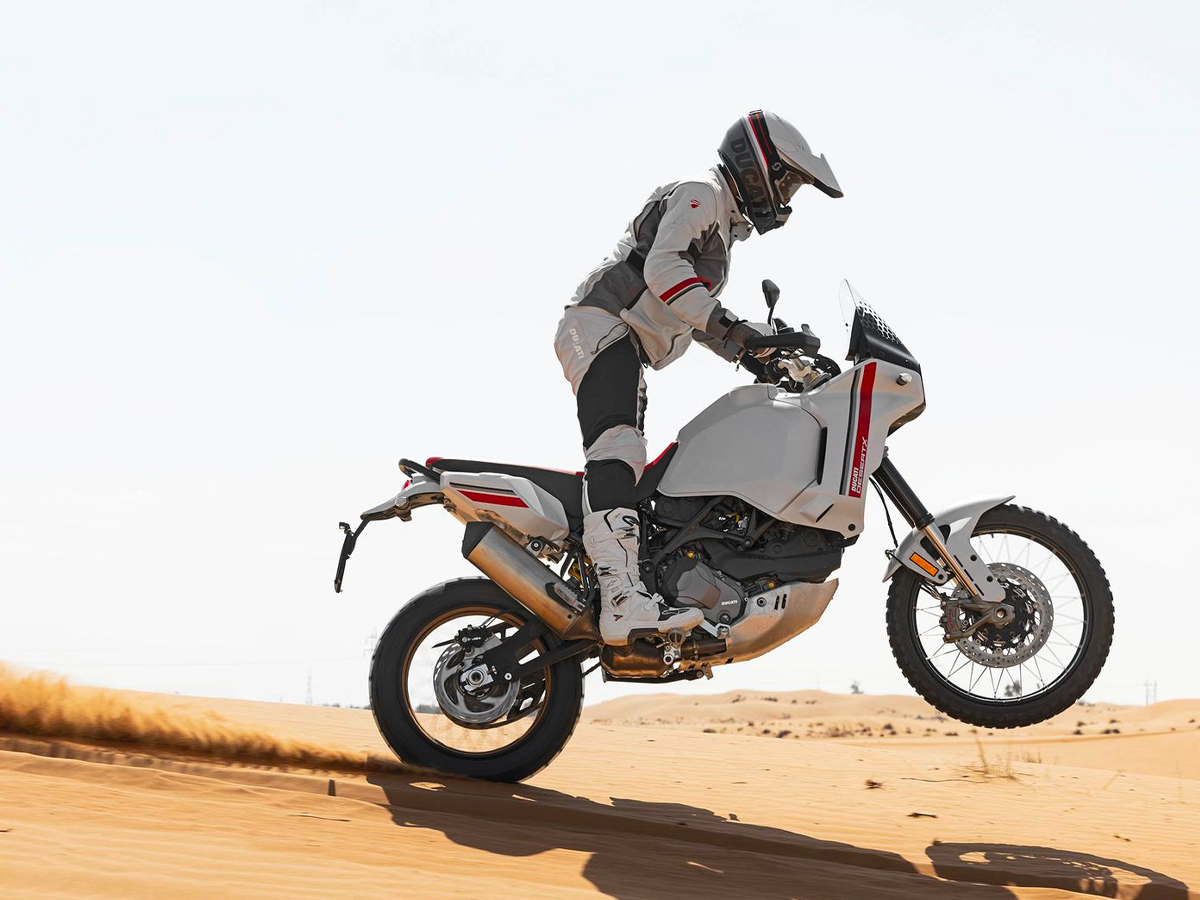 The heart of the DesertX is the latest evolution of that familiar water-cooled, 937cc Desmodromic V-twin, which now makes 110 horsepower and 92Nm of torque. The updated Testastretta is also now 1.7 kg lighter and service intervals have been extended to 15,000km for oil and 30,000km for valve clearance checks.

Gear ratios have been shortened all the way up to fifth, with particular focus on first and second, to ensure adventure riders have peak torque on hand in tricky situations, while sixth gear has been designed for longer, high-speed runs. 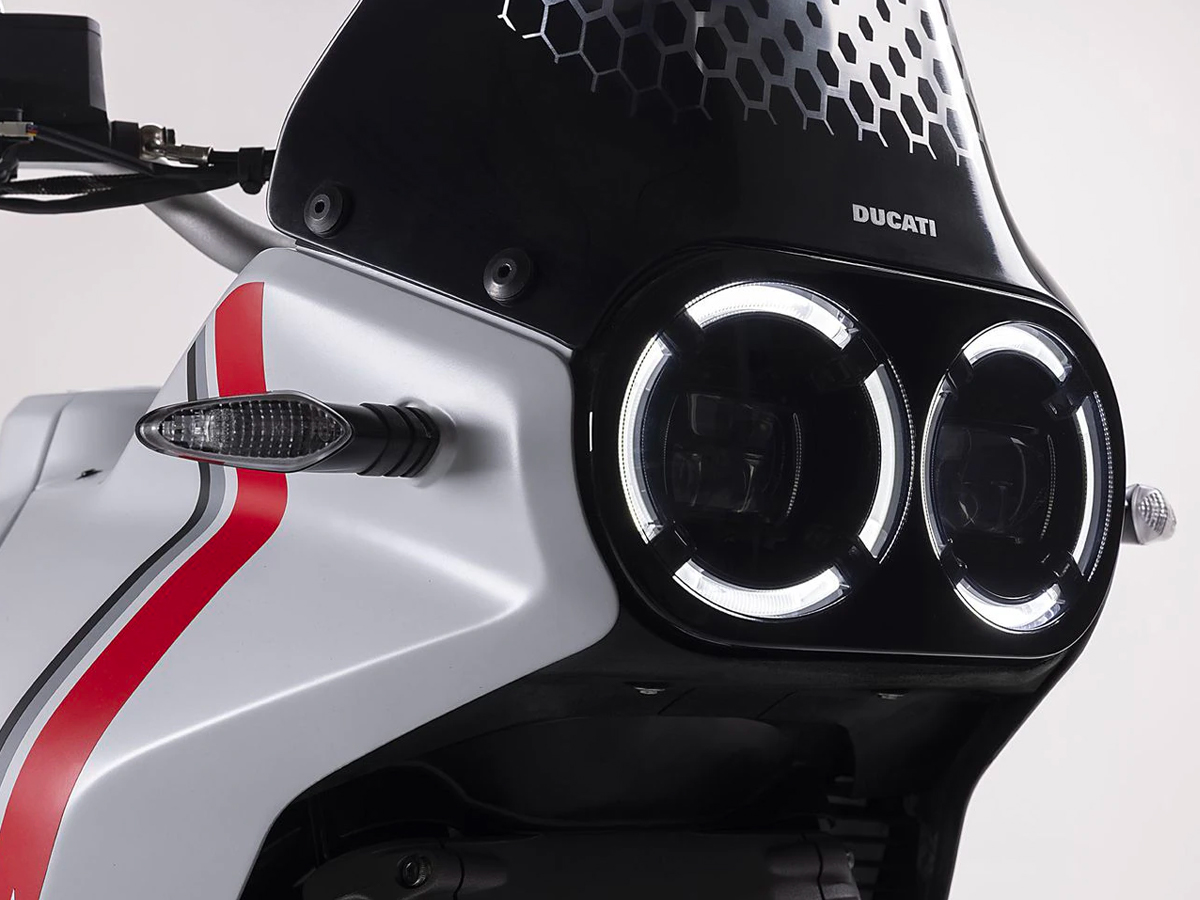 The combination of breathtaking design, a well-sorted chassis and a tried and tested V-twin engine, make the DesertX one of the most exciting releases from the Italian marque in a very long time. If the DesertX performs half as good as it looks, and a release set Q3 of 2022, we suspect waiting lists for the DesertX could be ominous. 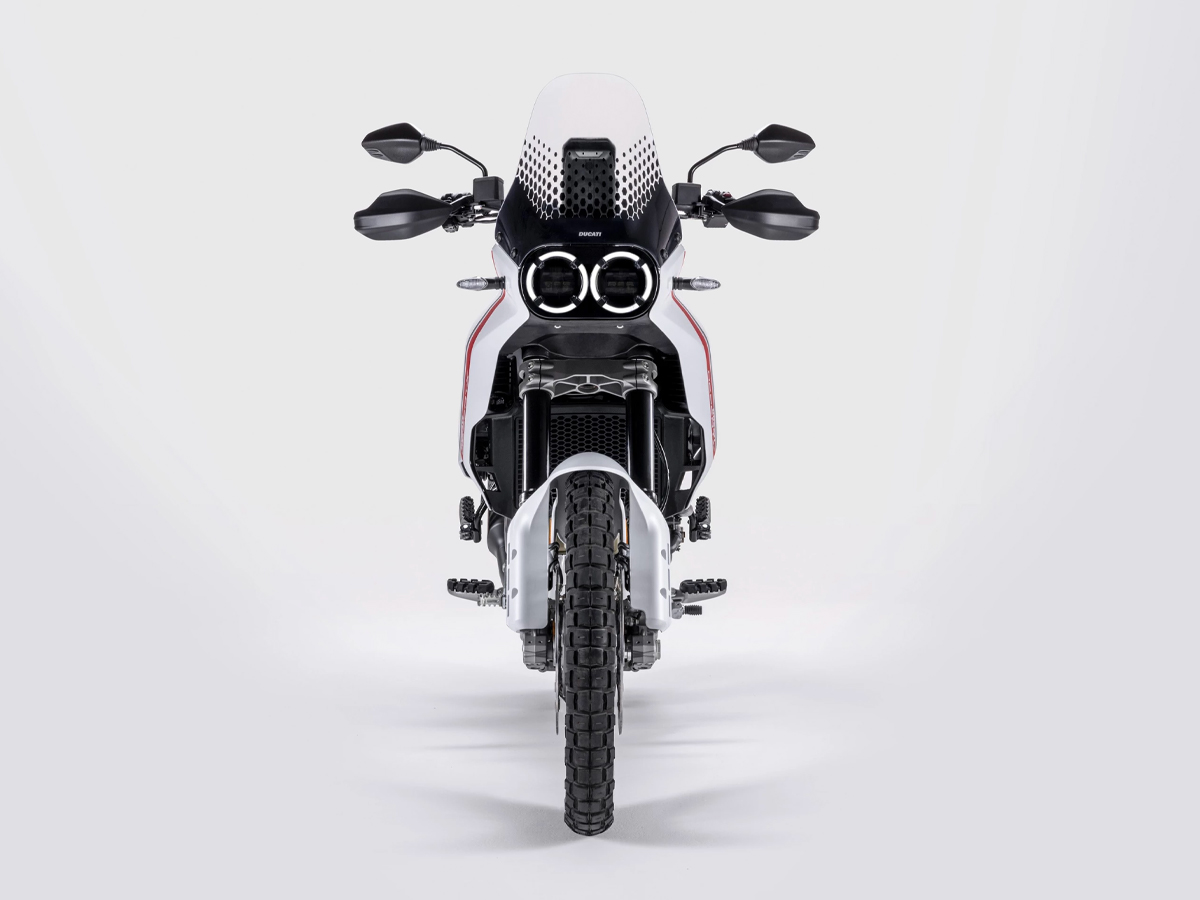 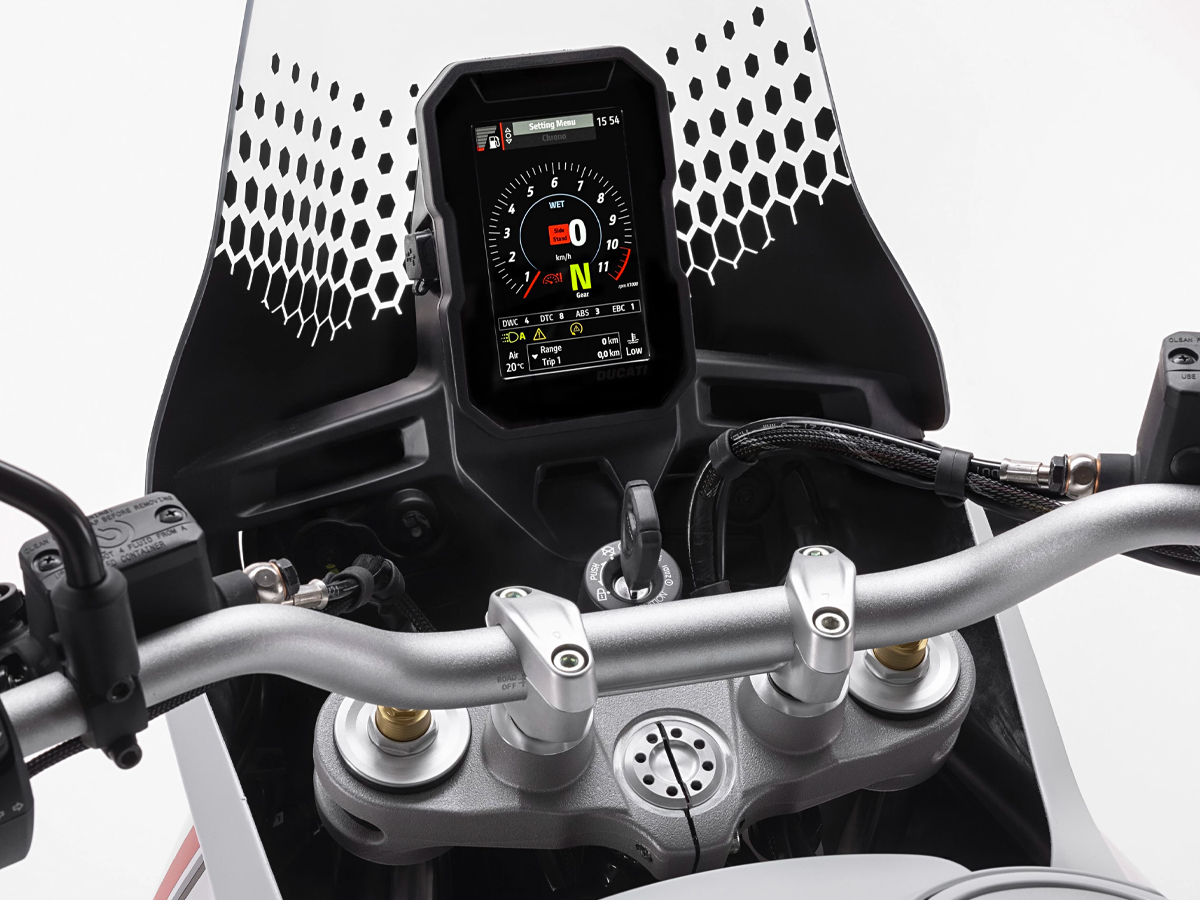 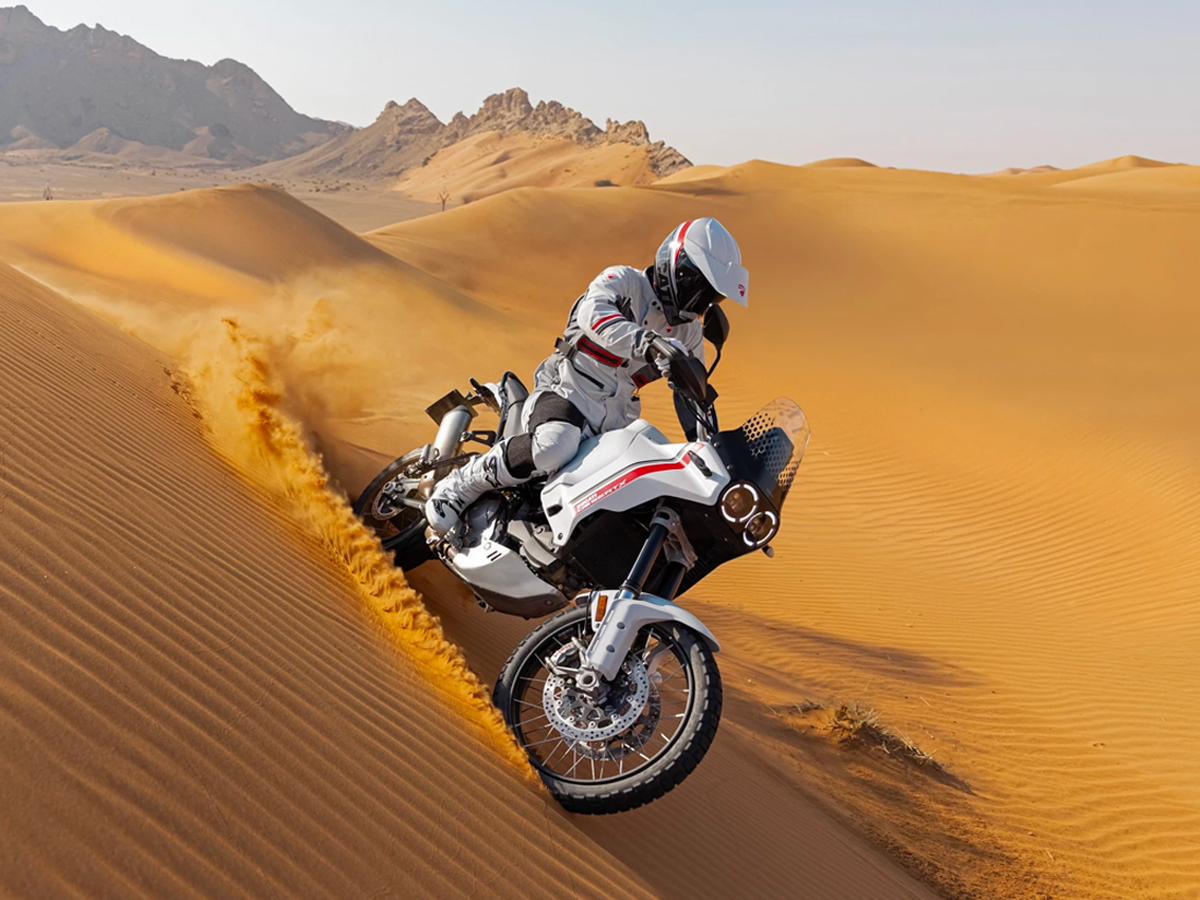 You’ll also like:
Burberry Heads Off-Road with Luxury DAB Motors Dirt-Bike
Triumph Gold Stripes the Bonneville Limited Editions
BMW Motorrad Concept CE 02 is Not Quite a Motorcycle, Not Quite a Scooter 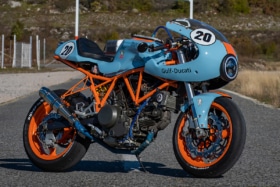 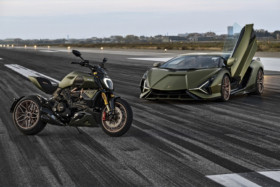 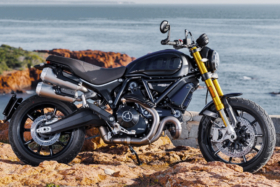