If you’re into flat track racing, then you’re most likely familiar with the Springfield and Sacramento mile tracks. If so, then you’re in good company, because Deus Ex Machina’s Michael “Woolie” Woolaway is familiar with the form as well. His latest custom bike, “The Framer,” is a bike that is capable of winning those races, but “just so happens to have a headlight, turn signals, and a license plate.”

Yamaha already has dirt-oval bikes, but that wouldn’t do for what Woolie had in mind. Instead, he started this project with a 2017 FZ-07, which was disassembled completely, including the engine. The engine was upgraded with a Factory Yamaha racing kit that outfitted it with oversized pistons, a factory spec ported cylinder head, superior race valves and cams, and an electronics package that allowed for custom engine tuning. WPC jumped in to treat every part of the engine with an advanced micro shot-peening anti-friction process that improves performance and helps prevent wear and failure.

Jeff Cole was called in for his expertise designing flat track chassis. In fact, this was his last project before retiring. The frame was built from high-grade.60 Chromoly and was designed to work around the custom fuel tank. Custom body pieces were made from 1100-0 aluminum, including the fuel tank, front fender, and tail section. For the seat, Woolie used a handcrafted Saddleman seat.

To make the Framer more suited for the street, Woolie used a set of 19-inch Roland Sands Traction wheels that sport Mitas DOT-approved tires. The brakes are four-piston, full-floating quick-release brakes from Brembo in the rear with a 320mm full-floating stainless steel rotor armed with an M50 caliper up front. Woolie finished the bike off in “Black Candy”

“This bike resembles a ‘big brotehr’ version of the Honda CR500 Street Tracker built for Dani Pedrosa,” says Woolie. “Where his was a Short Track racer, this is a proper mile bike with third gear wheelies all day.” The Framer is available as a custom order. 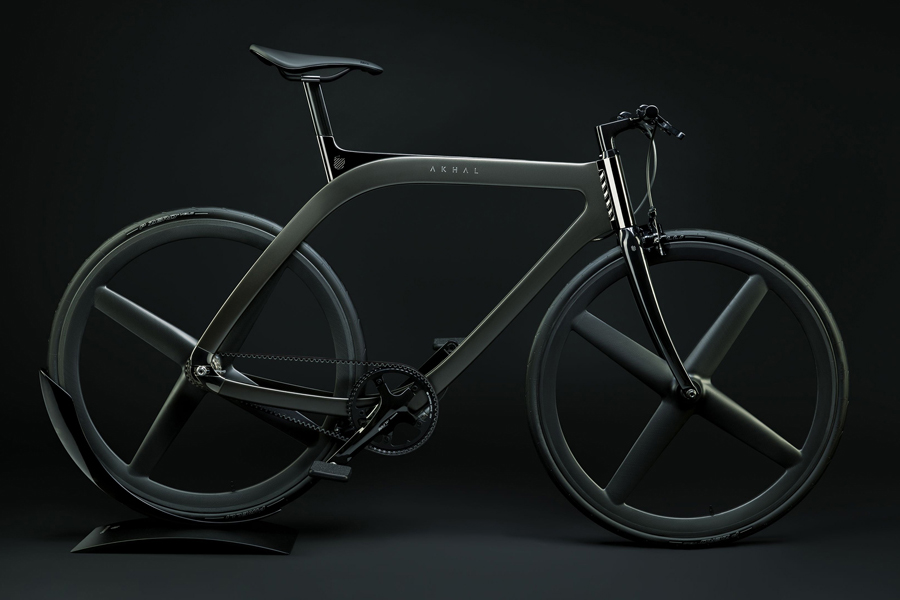