From analogue to DSLR, perennial fan favourite Canon has always been at the forefront of photography, so it’s no surprise that their latest camera is somewhat futuristic. Tackling a completely new demographic for YouTubers and Instagrammers, the new PowerShot PICK is the ultimate camera for those who love to vlog, take photos and stream. Compact and lightweight in design, with a built-in rechargeable battery and weighing in at approximately 170g, the PowerShot PICK is a travel-anywhere accessory. Even the name “PICK” comes from the camera’s ability to automatically “pick your moments”, which as we all know, it’s something YouTubers are more than happy to do. 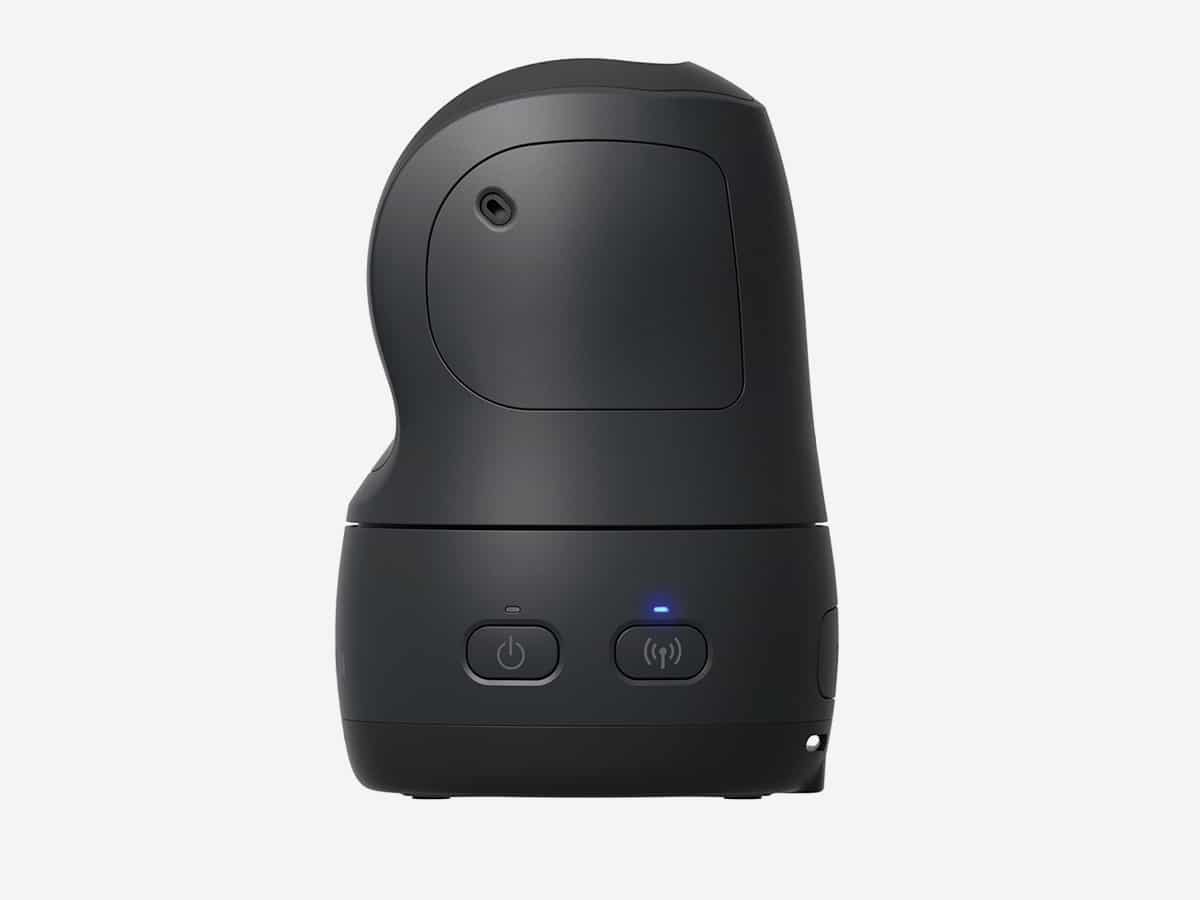 From the outside, Canon’s latest initiative feels the like progression of the old vlogger camera. Super lightweight and incredibly compact, it makes for an enticing prospect, particularly if you plan on documenting every waking moment. But where Canon has upped the game is in the functionality and operation. The PowerShot PICK can accept voice commands for hands-free operation, meaning you are able to ask the PICK to take a photo, start video recording, change your focus subject and stop automatic shooting.

Better still, the PICK can also be used as a webcam by connecting it wirelessly to your PC using the dedicated software and controlled via smartphone app. From here, things get a little AI boost, with the Mini PTZ Connect app not only allowing you to control the device and settings, but also doing the hard work for you, recommending the best images and videos that you have shot. 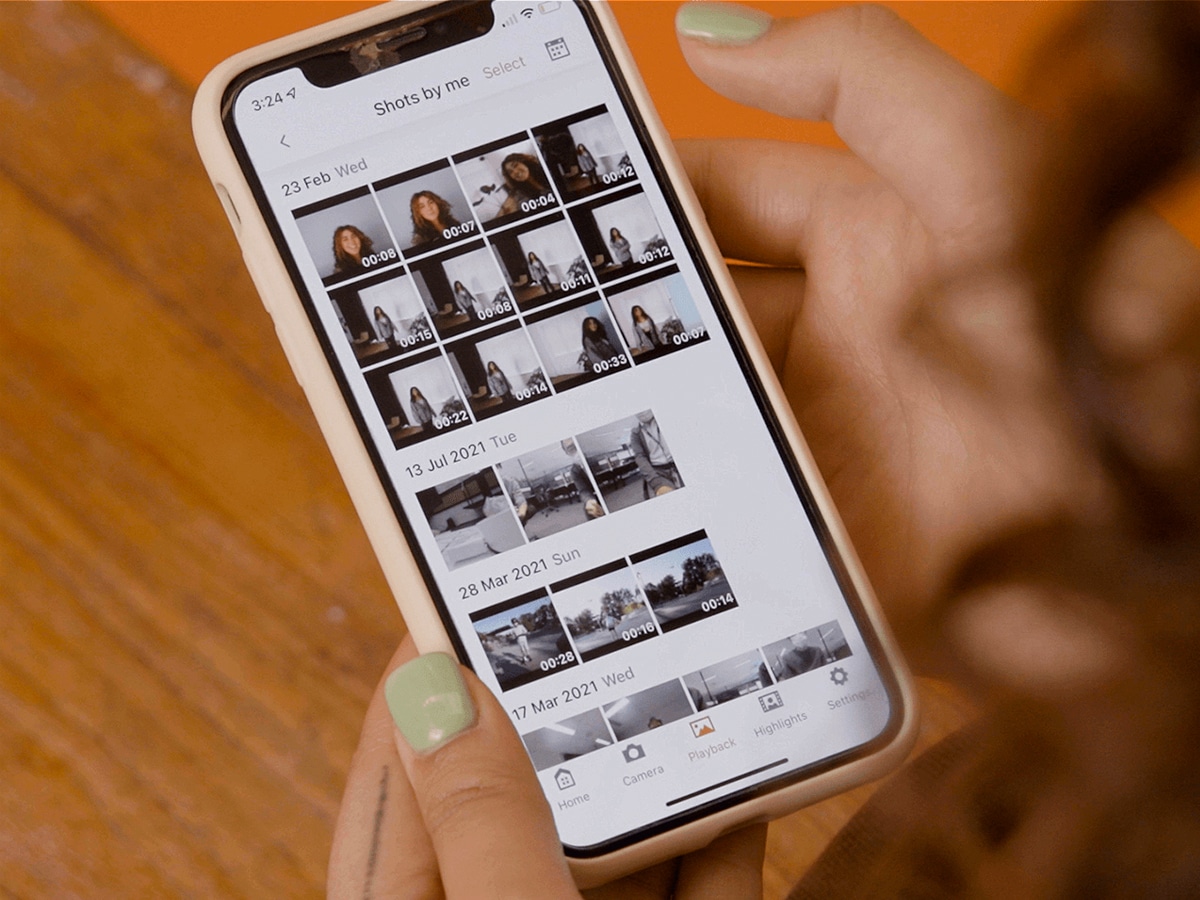 When it comes time to hit the ‘whoa’, the PowerShot PICK is built with automatic tracking to assist you in creating your video and photo content, and will make sure you’re in the frame while moving across the scene. This all comes by way of auto-subject searching based on face recognition that automatically adjusts composition and shots.

The dimension measurements are 60 (W) x 90 (H) x 60 (D) mm, the Canon PowerShot Pick is a camera that you can take virtually anywhere. The device has a 110° tilt, 170° pan as well as a 360° field of view. It even has a 19-57mm focal range (in full-frame / 35mm terms). It captures images at either 4:3 or 16:9 ratio and records 1080p video at up to 60fps. It accepts microSD cards for storage and has a USB-C connection for charging as well as features WiFi and Bluetooth connectivity. While the PowerShot PICK isn’t exactly the most powerful proponent of photographic excellence, the hands-free additions Canon has thrown at this new release are hard to ignore. Super streamlined and loaded with high-tech features, the vlogging camera might just be the biggest thing to happen to YouTube since Bo Burnham released Inside. 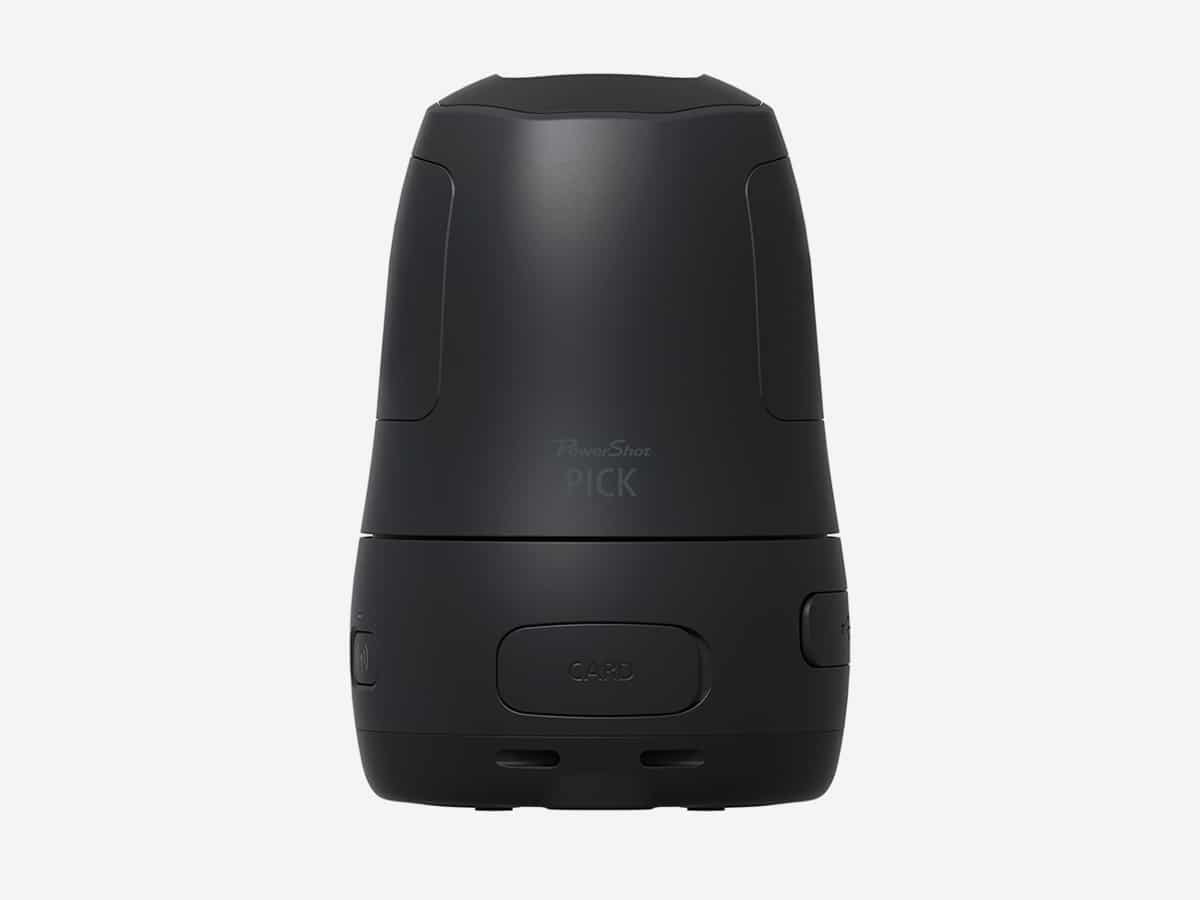 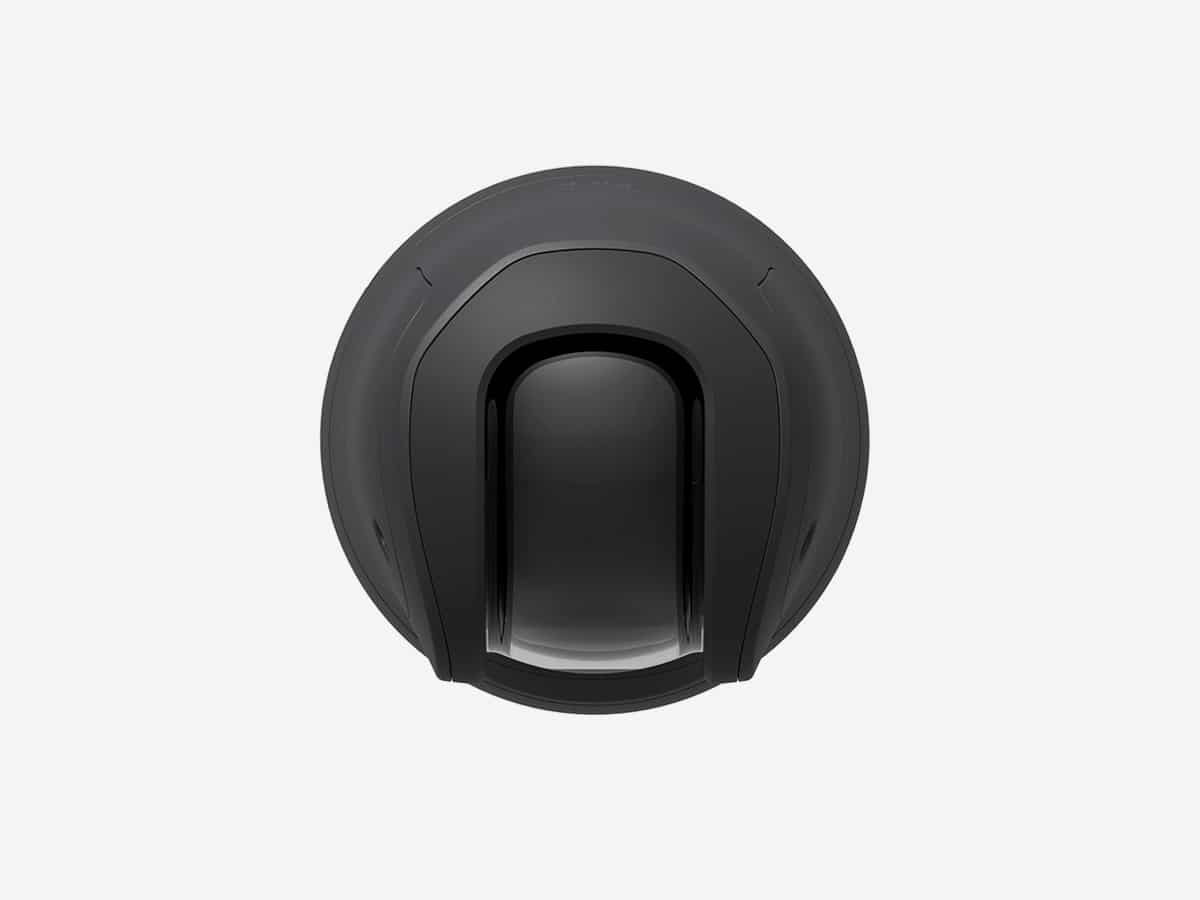 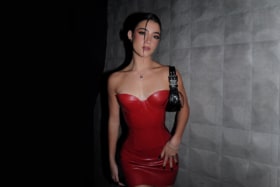 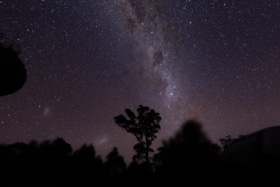 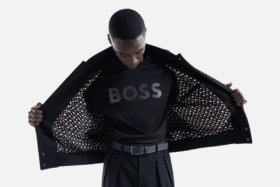 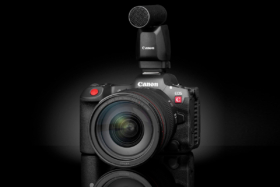