Bausele created a limited edition Andrew Bogut timepiece. The timepiece is developed on the blueprint of the Bausele Pilot Automatic and is intrinsically linked to the NBA superstar and his life in sport. Bogut started the unique design by choosing a blue face, his favourite colour that’s reminiscent of the azure waters surrounding his native Australia. His signature has been translated in to a subtle design feature which proudly sits in the centre of the face clearly visible through the crystal clear sapphire face. The back is a sapphire case that reveals the automatic movement and the unique production number. We were lucky enough to chat with our fellow Aussie superstar. Here’s what he had to say:

Man of Many: You’ve probably been asked this a lot but how does it feel to have won an NBA championship? 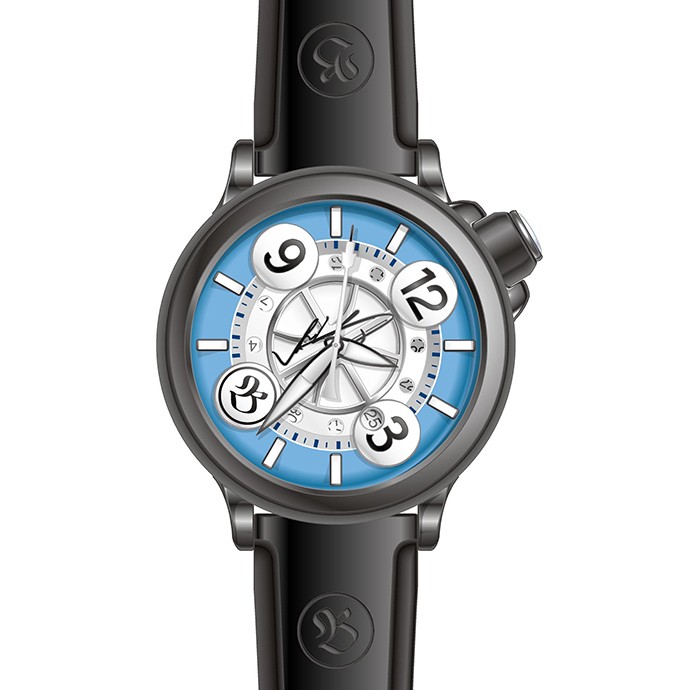 What are the most enjoyable parts playing the game or victory party afterwards?

Ha probably just the game I think. You know, it’s a long grinding NBA season, it goes for nine months if you make it that far so it’s just sense of accomplishment that you can grind through and actually see the light at the end of the tunnel, because only 15 guys out of you know three four-hundred athletes in the NBA a year get a chance to experience it and it just it makes it all worth it. 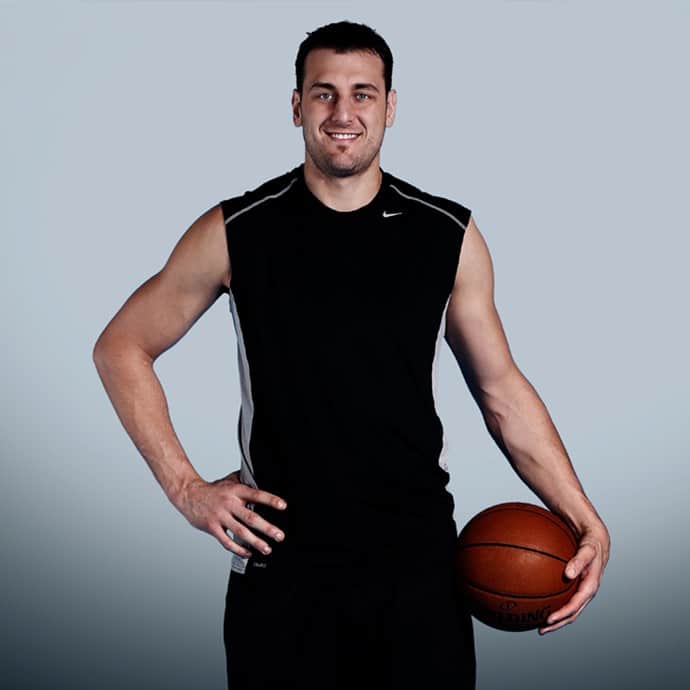 Was good to get to play in the final series against your fellow Aussie Matt Dellavedova?

Yeah Delly did really well. He played very very well and it was great for the game back here especially. We’ve had a lot of attention on basketball because there was two Australians in the finals and I think it really really helped the young kids here and gives them an opportunity to look up to some athletes that are playing in the biggest league in the world.

We’ve got like there’s a number of high profile players from Australia in the NBA now like yourself, Matt Dellavedova and Patty Mills. How do you think the Boomers are looking for the Olympics coming up?

I think it’ll be good. I think a lot of NBA athletes and guys who’ll be in the NBA and hopefully more soon that you know I think it’s a positive to have a more Australians in the best league in the world. So it’ll only help our national team and help the local product here.

Now the season’s over and you’ve got a bit of time before the NBA season starts, what do you usually get up to during the off-season? Are you back into training already?

Nothing too crazy. I’ve got the national team coming up in about two and a half weeks and then we’ve got the qualification series against New Zealand so that’ll be pretty busy. But a lot of training probably around about now.

We’ve seen your recent collaboration with Bausele watches. Are watches something you’ve always been into?

Yeah I’ve always had a little passion for watches, I mean it’s obviously a nice part of menswear, having a nice watch on your wrist with a nice suit and an opportunity to partner with Bausele and they’re doing some unique things from the Australian point of view, to be the first Australian based with Swiss movements in their watches is a pretty big accomplishment from an Australian company. They’ve made a quality product up until now so I look forward to go on and get this special edition watch out there. 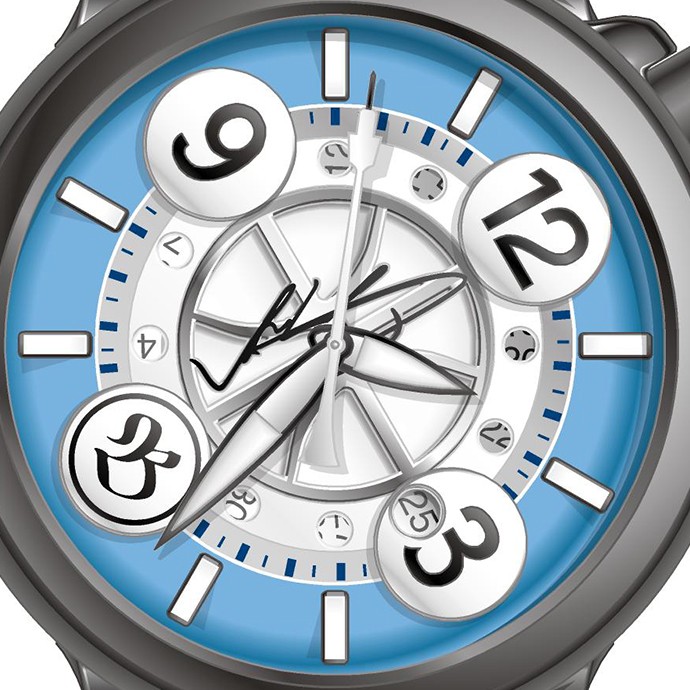 Talk us through the design of your special edition watch.

Well, I like muscle cars and old school cars. The watch is more for like someone who races cars or flies aeroplanes. Basically have your hand on a steering wheel or on control of an aeroplane the watch will appear at an angle whereas it’s perfectly straight on your arm to tell the time, so when you look at it in the traditional way it’ll seem like the numbers are off, but it’s it’s actually a really cool aviation watch. The colour scheme and all that was basically just to some passions of mine. I like baby blue, especially on old muscle cars and ended up putting all the colours together and it worked out well. 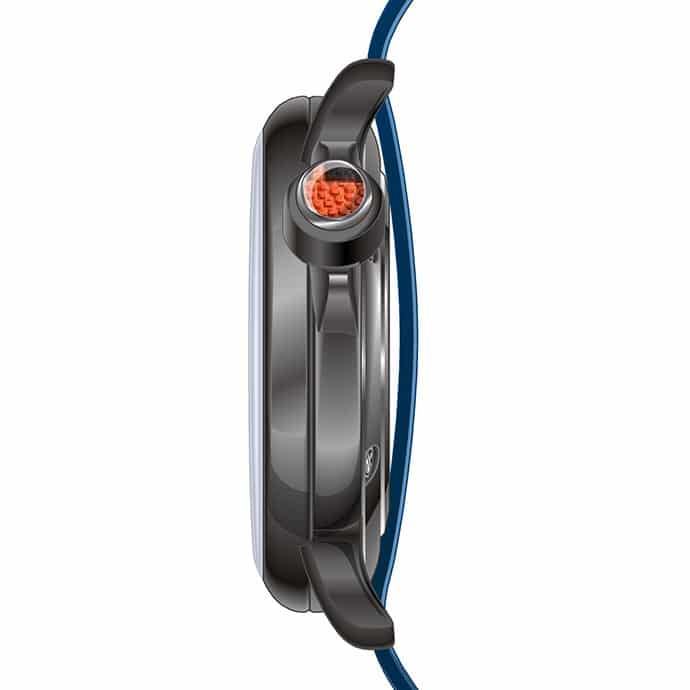 Since you’re dabbling into the fashion world here, in your team the Warriors who do you think is the most stylish?

Everyone’s got their own unique style, I think the guy who’s the most conservative but stylish in my opinion is probably Harrison Barnes. He’s not trying to wear bright colours to stand out, he’s always got elegant matching things on that look great. 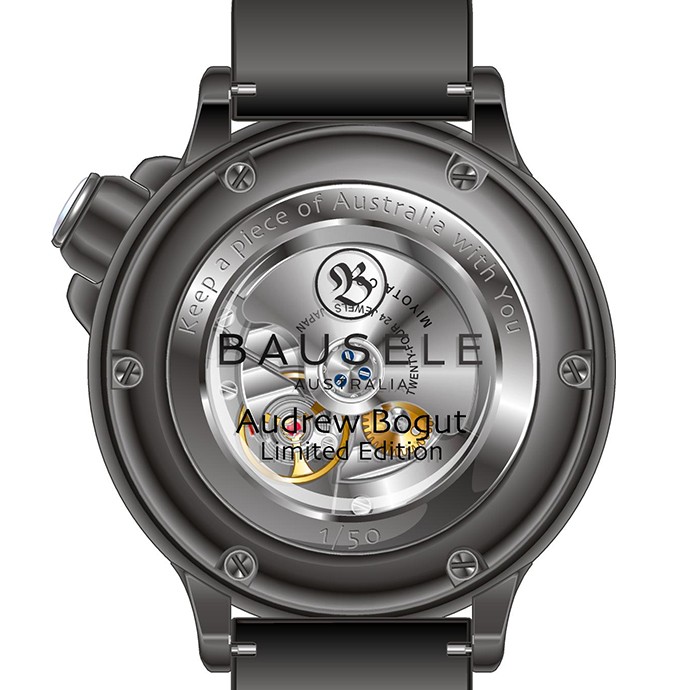 And lastly, what’s next for Andrew Bogut?

Well right now the national team, so that’ll be the first step. Then I think going forward, there’s two years left on my deal so hopefully can keep competing for a championship in the next couple of years and then see what happens. But in the immediate future it’s the national team, Olympics next year, hopefully win more championships before too soon. But yeah just keep pulling through.