Well, Halloween is officially over, meaning there is only one holiday event between us and the end of the year. The weeks are starting to drag and we’re finding the trudge towards the finish is getting hard and harder, but it’s not all bad. We’ve done a good deed and scoured the net for cool products, experiences and gifts to share with you. Here is Man of Many’s Staff Favourites for this week. 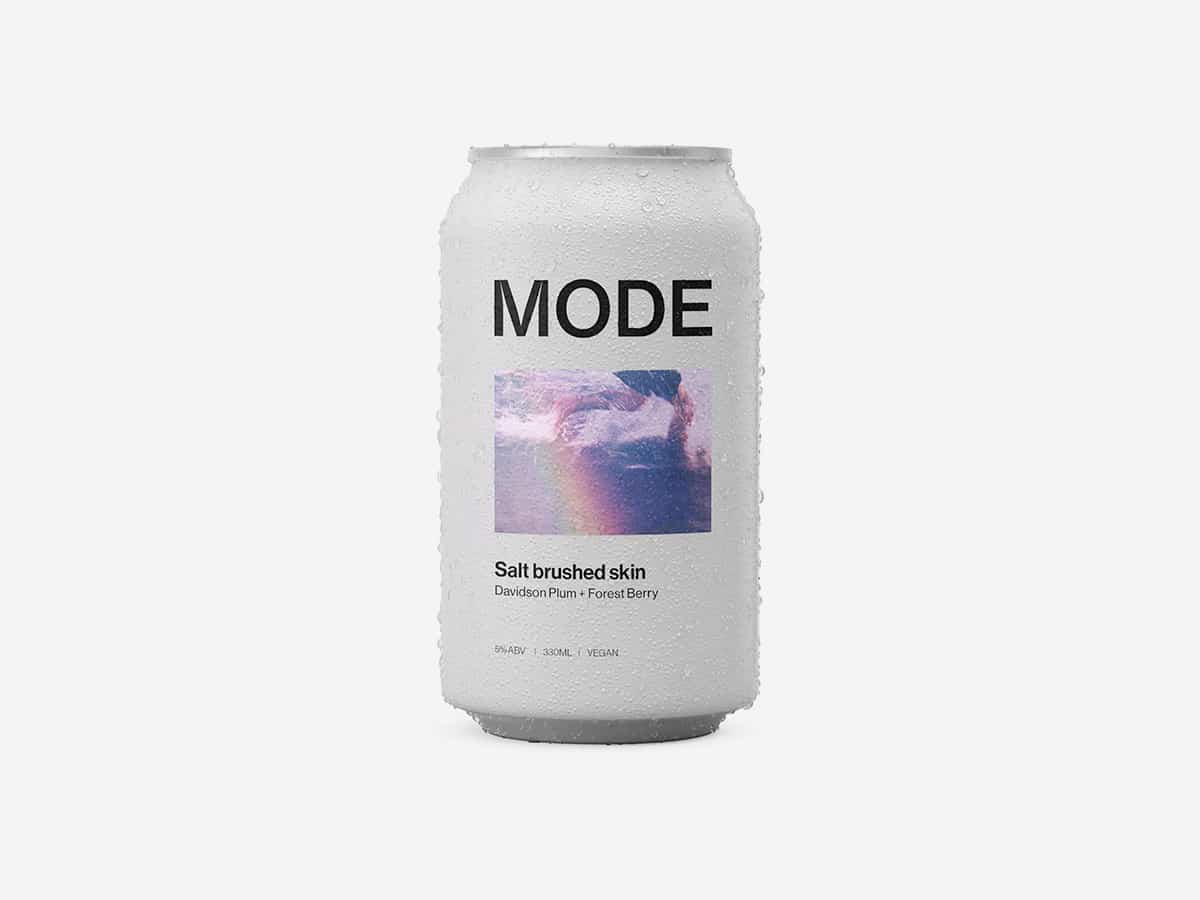 I feel like every week I tell the office I’m not drinking and then by Friday, I’m back on the beers again. When the inevitable 5pm thirst hit this week, however, I went for something a little different. Mode is a new seltzer brand on the Aussie market and they’re doing things a little differently, starting with the can design. While pretty much every seltzer or sparkling liquor loves to splash big, bold colours all over the can, I really liked how Mode went for a decidedly more toned-down approach. The design itself looks more like a low-fi album cover than a refreshing beverage and as a failed musician, that certainly got my attention.

Better yet, these 105-calorie cans actually have the taste to back it up. With four flavours – Jim’s Pink Blouse: Tasmanian pepper berry, ginger and lime, Salt Brushed Skin: Davidson plum and forest berry, No More Elevator Music: Yuzu, cucumber and basil, Frankie’s Sunset Dress: Mango and pomegranate, there is a little something for everyone. My absolute pick of the bunch is No More Elevator Music, but part of me thinks that’s just the synergy between design and name. Either way, I’m loving these ones.

There’s been a lot of chatter lately about how much of a cluster-f*ck the metaverse is with a huge drop in Meta’s share price, videos like this, and Meta’s Horizon’s having a two-star rating. But I’m actually a pretty big fan of VR. While it might not be exactly life-changing just yet, you only have to look so far as MKBHD’s analysis to see that it has a huge amount of potential. In the meantime, playing some of the high-quality games on the platform is still highly entertaining. Which leads me to IB Cricket.

Whilst playing Sports Scramble, one of the demo games available on the Oculus Quest 2, in the middle of a hard-fought game of tennis, my racket switched out to a cricket bat (If you have no idea what I’m talking about at this point you might have to Google the game) and I was absolutely taken aback by the accuracy, feel and look of this bat in my hand. What I thought at the time was, “wouldn’t it be unreal if VR had a cricket game where you could face yorkers and inswingers all day”. It wasn’t until a couple of months later that a mate from squash told me about IB Cricket VR and it absolutely knocked my socks off. You truly get the feeling of standing on the pitch in the middle of a stadium and the cricket is surprisingly good. Is it going to improve your performance? Probably not. Is it heaps entertaining? Hell yeah! If you’re a fan of the sport, It’s definitely worth a go.

Favourite Article of the Week: The Macallan Welcomes $14,000 M Copper Edition into the Iconic M Family 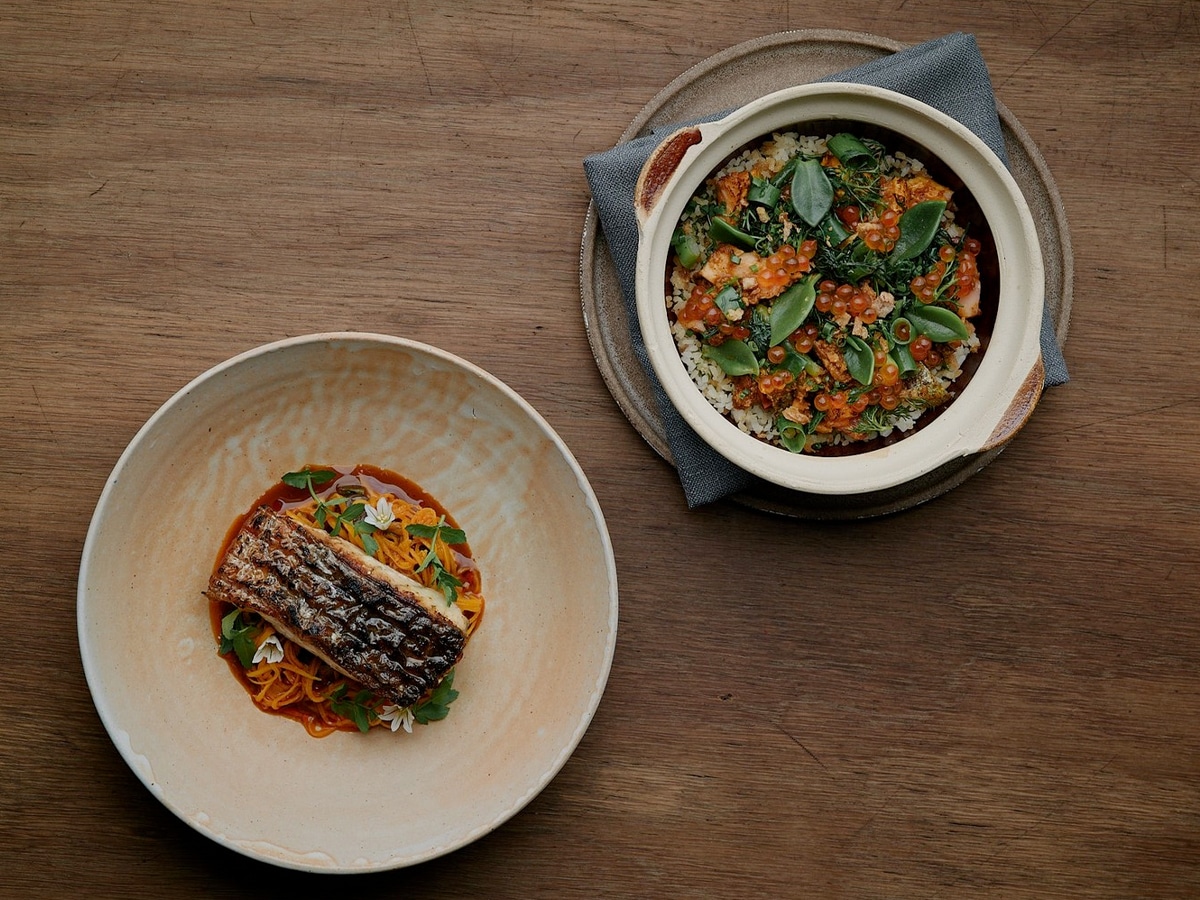 When Sunda restaurant opened its doors in 2018 it immediately became a heavyweight in Melbourne’s thriving foodie scene. I recently ate at Sunda, which in my experience boasted some of Melbourne’s most creative culinary offerings. Sunda fuses traditional South East Asian cuisine with a modern Australian edge, with a stand-out feature being its use of native Australian ingredients. Bunya nut, river mint, Vegemite curry and macadamia satay are just a few of the flavours you’ll find on the menu. With so many exciting items on offer, the set menu dining allows guests to experience a wide variety of dishes, all paired with an impressive wine list, great cocktails and a relaxed casual atmosphere.

Favourite Article of the Week: The Wind Up – Watch News #243 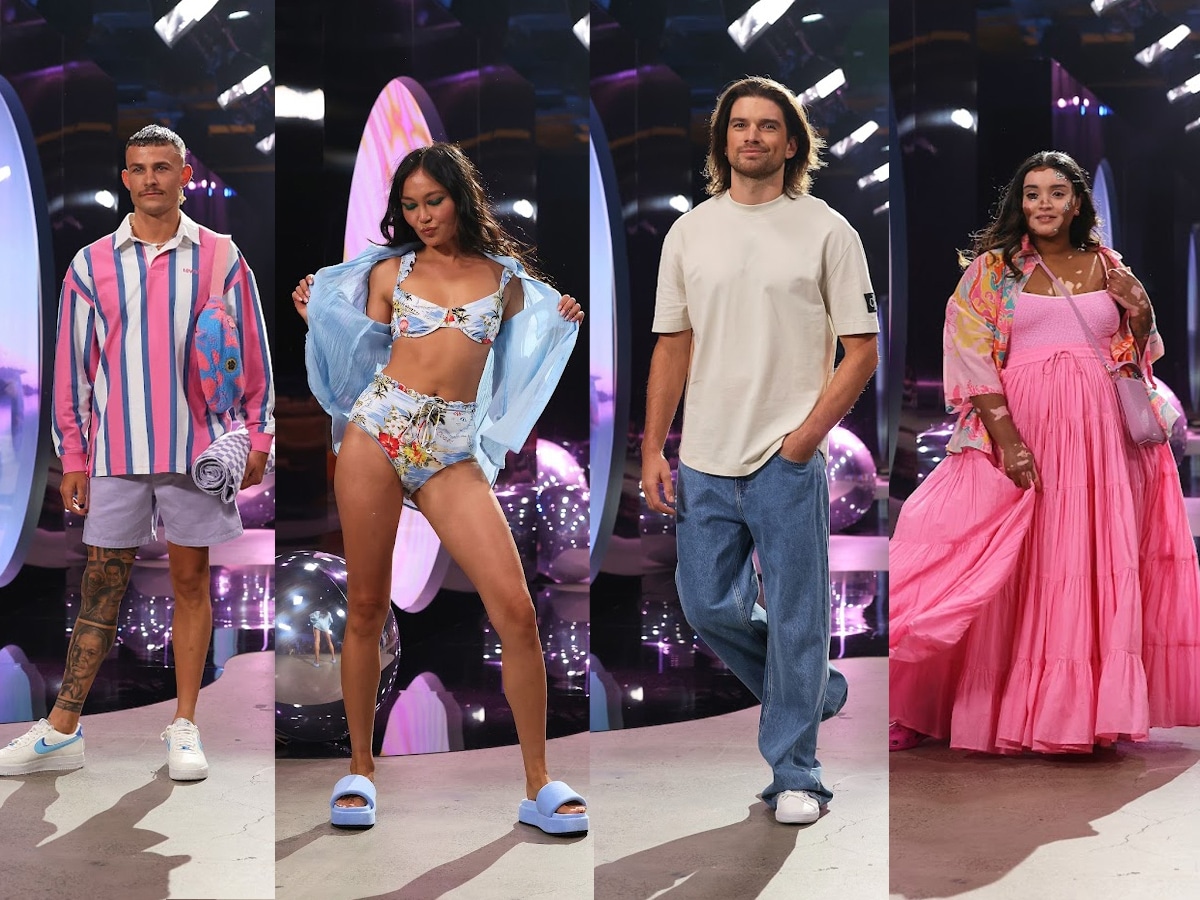 This week I had the pleasure of attending THE ICONIC’s sixth annual runway show – RUNWAY X. Each year, this is one event I always look forward to. There are many reasons why I love THE ICONIC’s annual shows, with the main one being the diverse runway. The models are young & old, big & small, tall & short and represent all races. The styling is also very relatable – you look at someone walking down the runway thinking, I can totally wear that. This year, the leading Australian retailer transported guests to a multi-dimensional setting blurring the lines between real and virtual with models walking alongside avatars of themselves, which I also think ties in so nicely with one of the biggest trends of the year – Self Expression. The runway featured lots of bold colours, metallic hues and a trend I’m loving called ‘Desert Rider’ that is a collection of beautiful plain and printed natural tones. I’ve linked the trend sections below. 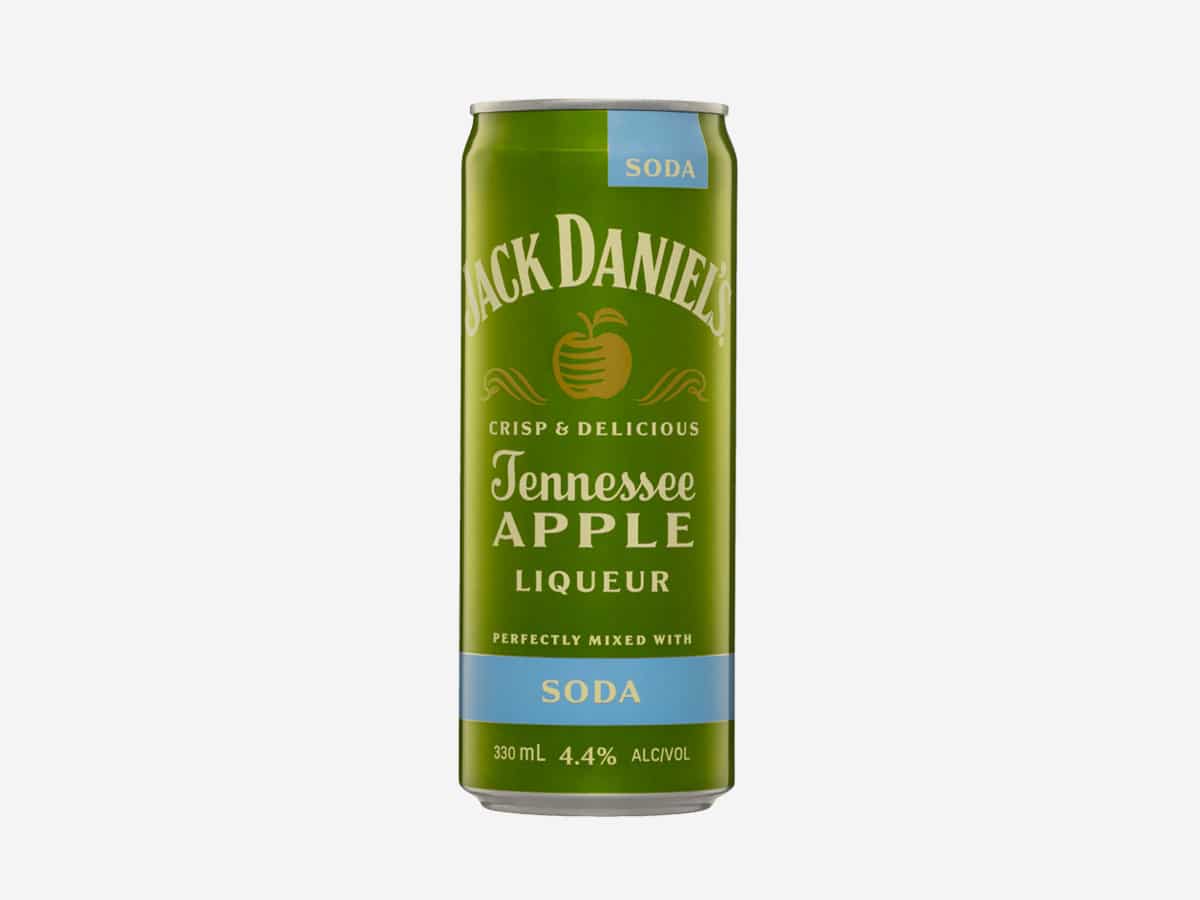 Ok, I’ll be honest on the forefront and say that I’m more of a neat whiskey drinker than a mixer fan. However, I absolutely LOVE apple soda drinks so when this one came across my radar I knew I had to give it a fair go. As we move into the warmer months, Jack Daniel’s Tennessee Apple & Soda is certainly going to be one of my go-to sessionable drinks for get-togethers at the beach, home or BBQ. And while I usually go for the higher ABV content drinks the lower ABV at 4.4% does make this drink lighter and approachable whilst still delivering that signature Jack Daniel’s flavour profile.

Packed in 330 mL cans and containing 1.1 standard drinks, Jack Daniel’s Tennessee Apple & Soda will be available in bottle shops and select bars and pubs around the country from mid-October with an RRP of $23 for a four-pack. Not bad, not bad at all. 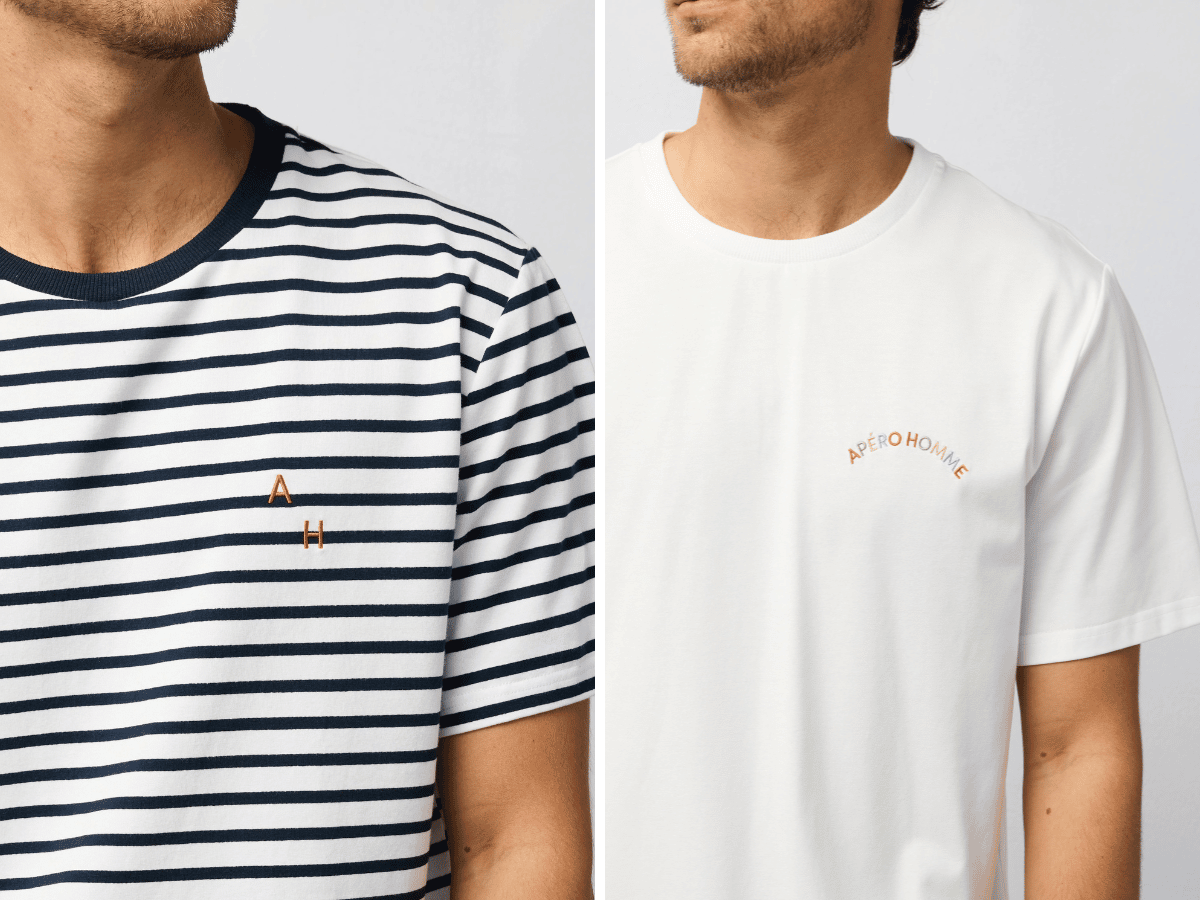 You might have already heard of Australian fashion label, Apéro, through their womenswear or perhaps the popular maternity range, but the brand has recently also ventured into the realm of menswear. The label’s Apéro Home collection features a range of high quality men’s tees, which really show off the brand’s French-inspired, timeless aesthetic. You can never go wrong with a good quality wardrobe basic; in fact, if you were to look into my wardrobe, you’d find it’s mostly lined with multiple copies of the same plain, monochromatic tee, in either one of three colours. Now that the Sydney sun has finally been teasing a slow but triumphant return, I’ve been collecting new shirts for summer to replace the fits from pre-lockdowns and pre-La Niña. The Apéro men’s tees I’ve picked up recently have been excellent quality and I love the minimal clean lines, with the small embroidered monogram detail. Worth checking out if you’re after some simple additions to your summer wardrobe. With silly season in full swing (kinda), everyone’s drinking is about to go up a few gears. And if you’re like me, the consumption vortex often results in physical and mental pain like no other – especially as my years grow older. But what if there was a miracle capsule that could minimise the dreaded morning after? Enter Myrkl. Its probiotic formula AB001 is clinically proven to reduce hangovers by altering the way we digest alcohol. Furthermore, AB001 converts alcohol into water and carbon dioxide instead of the acetaldehyde and acetic acid that cause hangover symptoms after you drink. After putting Myrkl through some personal scientific testing, I can say this new pre-drinking supplement is your new best friend on a big night out. So if you’re keen to leave your couch this Sunday, I’d strongly recommend giving it a crack.

Favourite Article of the Week: Quentin Tarantino Says These 7 Films are ‘Perfect’ 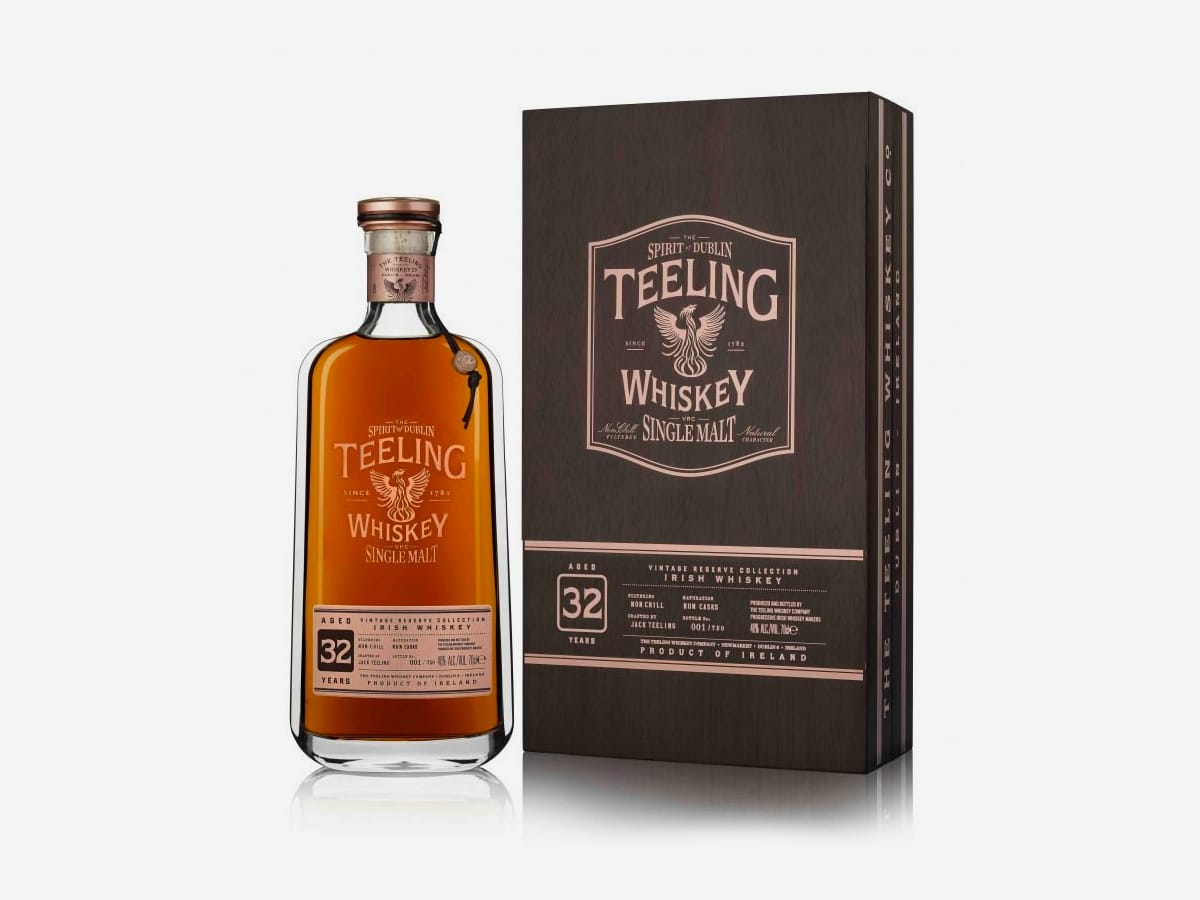 I was already a big fan of Irish whiskey label Teeling by the time this ultra-premium expression crossed my lips. The latest in a series of “World’s Best” single malts, it was distilled in 1990, aged in bourbon barrels for 28 years, and finished in a Portuguese Purple Muscat French Oak cask for an additional four years. I picked up creamy notes of chocolate, cereal, sugar, oak, caramel, fruit, and custard, and that was just on the nose. The exquisite palate that followed brought forth waves of cola, oak, malted barley, coffee, plum, fig, and cherry before segueing into a rich finish of milk chocolate, grain, oak, spice, caramel, and fudge.

Some people might say that 32 years is too long for whiskey to sit in wood but this statement begs to differ. An indisputable sipper, it balances tropical and berry flavours with a creamy sweetness and notes of malted grain. Master distiller Alex Chasko personally selected the Portuguese Purple Muscat French Oak cask in which it was finished, which lent a distinctly fruity character. He went on to say that it “exemplifies bold approach to innovation as a world-class whiskey company.” Limited to just 283 handcrafted bottles, it’s being offered at a retail price of US$3,499.99. What, you thought this stuff would be cheap?!

Favourite Article of the Week: Talisker Unveils Oldest Release to Date: 44-Year-Old ‘Forests of the Deep’ 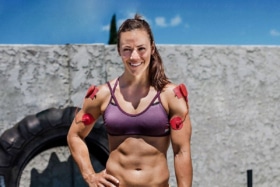 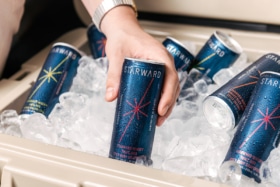 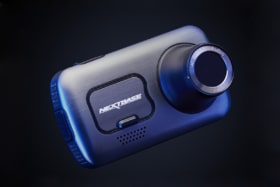 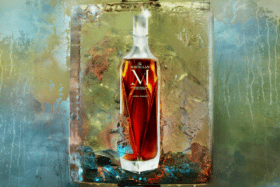 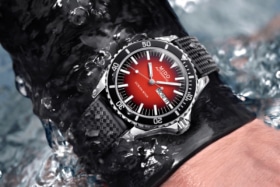