After months of speculation, Porsche, Bugatti and Rimax have finally confirmed their ground-breaking partnership will go ahead. According to Porsche, Bugatti-owner Volkswagen will transfer its shares in the French marque directly into the new collaboration, under the incoming banner ‘Buggati-Rimac’. What’s on the menu? Speed, and lots of it. The new deal is set to see Rimac maintain a 55 per cent stake in Bugatti, with Porsche collecting the remaining 45 per cent. Also worth noting is that Porsche also holds a 24 per cent stake in Rimac, with the German sportscar manufacturer first investing into the Croatian EV brand back in 2018, before upping its stake again in March 2021.

The latest developments will see the Bugatti and Rimac brands initially produce two hypercar models: the Bugatti Chiron and the all-electric Rimac Nevera, combining the ingenuity of two icons in one. As per the announcement, Bugatti Automobiles S.A.S. will continue to exist in the new joint venture, with all future Bugatti models to be produced at the Bugatti factory in Molsheim, France. “We are combining Bugatti’s strong expertise in the hypercar business with Rimac’s tremendous innovative strength in the highly promising field of electric mobility,” said Oliver Blume, chairman of the executive board at Porsche AG. “Bugatti is contributing a tradition-rich brand, iconic products, a loyal customer base and a global dealer organisation to the joint venture. In addition to technology, Rimac is providing new development and organisational approaches.”

While it’s exciting to see three big name automakers join forces, the best is yet to come. With Rimac’s background in EV production, the evolution of the Bugatti-Rimac hypercar business is firmly grounded in innovation. Pooling the resources will only further the development of best-in-class electric vehicles, following on from the class-leading Porsche Taycan that has caught the ire of car-lovers across the globe. 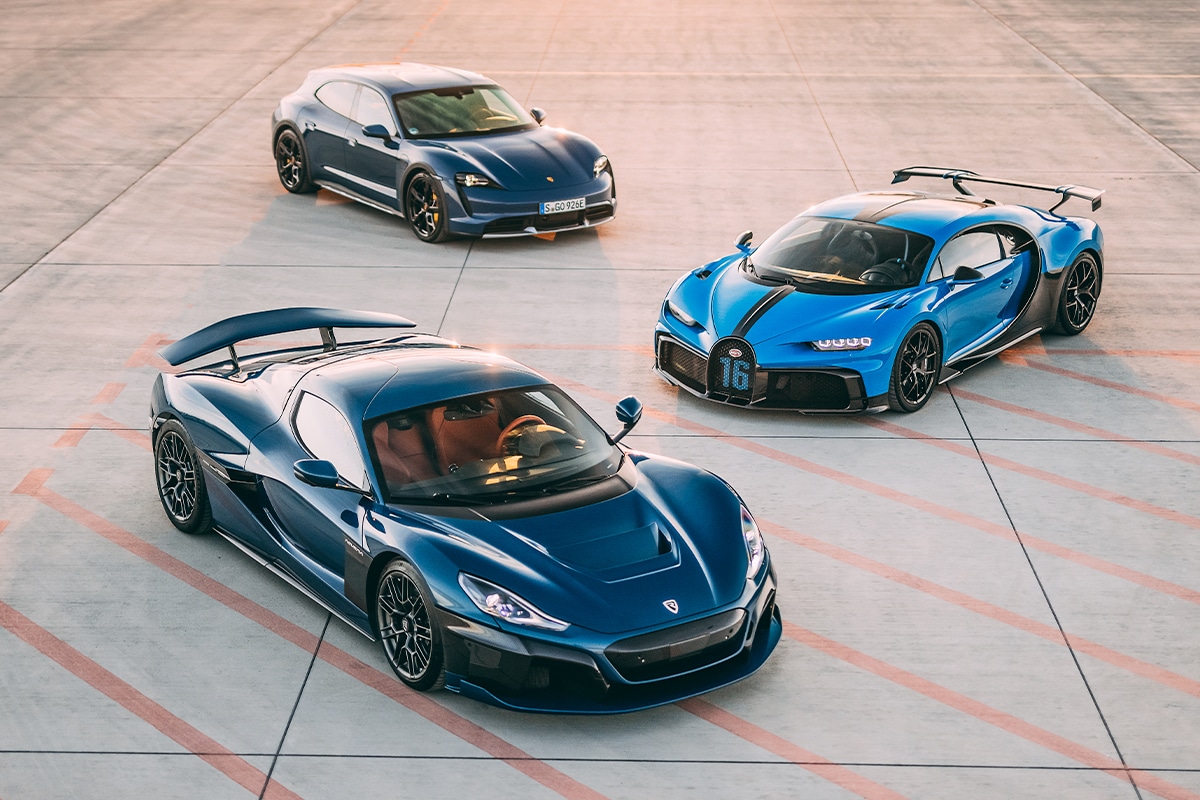 “This really is an exciting moment. Rimac Automobili has grown very quickly and the joint venture takes the company to a completely new level,” Mate Rimac, founder of the EV make said. “Bugatti and Rimac are a perfect match for each other and both contribute important assets. We have established ourselves as an industry pioneer for electric technology, while Bugatti has more than a century of experience in the development of top-class cars and therefore brings with it an outstanding tradition that is practically unique in the history of the automotive industry. Together we will pool our knowledge, our technology and our assets with the goal of creating very special projects in the future.”

In addition to the two aforementioned hypercars set for production, the latest announcement also has grounds for Porsche fans to get excited. The German icon confirmed that the new venture would also spawn new products at a later date. Just what that looks like, remains under lock and key.