Originally conceived for women struggling with incontinence after childbirth, Kegel exercises (also known as pelvic floor exercises) have proven to be just as effective for men. Named for Arnold Kegel—i.e. the man who invented them—these exercises strengthen the pelvic floor muscles, thereby improving bladder and bowel control. When executed properly, Kegel exercises for men can furthermore combat premature ejaculation, manage erectile dysfunction, and increase the intensity of orgasms. In other words, there are plenty of good reasons to get in on this fitness routine, regardless of whether or not you’re experiencing any health problems.

Of course, it’s the men out there suffering from weak pelvic floor symptoms who will want to adopt a Kegel exercise regimen sooner than later. In turn, you’ll be reaping a slew of discernible benefits. The best part is that there are no weights or machines required—just dedication and a little patience. Another perk is that you can do these exercises pretty much anywhere, including your car. We break it all down in our trusty guide, which covers the best Kegel (i.e. pelvic floor) exercises for men and how to perform them.

What are Kegel exercises?

For men, Kegel exercises are the first line of defense against symptoms associated with a weak pelvic floor and/or an overactive bladder. Each exercise is thereby designed to improve the strength of the pelvic floor muscles, which provide support for bladder, bowel, and sexual functions. These exercises can be performed at pretty much any time of day, and in just about any environment (you can even do them while you’re brushing your teeth).

What’s most important is that you locate the correct muscles, demonstrate proper technique, and stick to a routine. In turn, you’ll be strengthening the pelvic floor muscles and reaping the associated benefits. It’s then no surprise that Kegel exercises also go by the name of pelvic floor therapy. 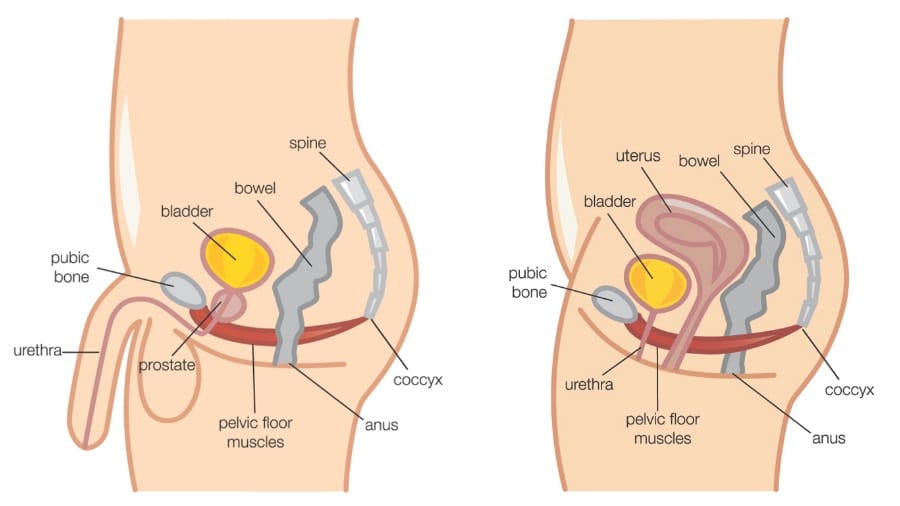 What are Weak Pelvic Floor Symptoms for Men?

The symptoms of a weak pelvic floor routinely manifest in the wake of radical prostatectomy or ailments such as an overactive bladder and diabetes. However, they can also arise without any adjoining surgery or disease. These symptoms include urinary incontinence, frequent urination, fecal incontinence, erectile dysfunction, and urine leakage during ejaculation (climacturia).

Meanwhile, men can experience all sorts of peripheral dilemmas due to a weak pelvic floor. For example, frequent urination can interfere with a good night’s rest (nocturia), or inhibit one’s ability to concentrate on work. A decrease in sexual performance will likewise prompt a range of vicarious conflicts in one’s personal life.

Benefits of Kegel Exercises for Men

By performing Kegel exercises routinely and properly, men can increase the strength of their pelvic muscles and urethra. As a result, you’re reducing the symptoms associated with a weak pelvic floor or overactive bladder, thereby preventing leakage or fecal incontinence.

Furthermore, by demonstrating a greater degree of control over your pelvic floor muscles, you can improve sexual performance. Specifically, you can fight erectile dysfunction, last longer in bed, and experience orgasms more intensely. In other words, you might very well become a true master of your domain. The benefits of Kegel exercises can’t get much sweeter than that.

How to do Kegel Exercises for Men

Now that we’ve established the reasons for adopting a pelvic floor exercise routine, here comes the hard part: putting that routine into action. The first and most important measure is to locate your pelvic floor muscles, as these are the muscles which you’ll need to strengthen and manage.

To identify these muscles, you should wait until the next time you have to urinate. Before you release any urine, put two fingers in the area between your scrotum and your anus (professionals refer to this general area as the Perineum while all your friends call it the taint). Now, begin urinating and then stop midstream. You’ll feel some movement underneath your fingers. Congratulations: you’ve located the pelvic floor muscles.

From there, Kegel exercises for men become a matter of persistence. All that’s involved is flexing (i.e. tightening) your pelvic floor muscles and then releasing them on a dedicated basis. Remember to maintain focus and avoid flexing other muscles in your anus, thighs, abdomen, or anywhere but your pelvic floor. Also, don’t feel the need to hold your breath. In fact, you can breathe freely as you contract, hold, and release. 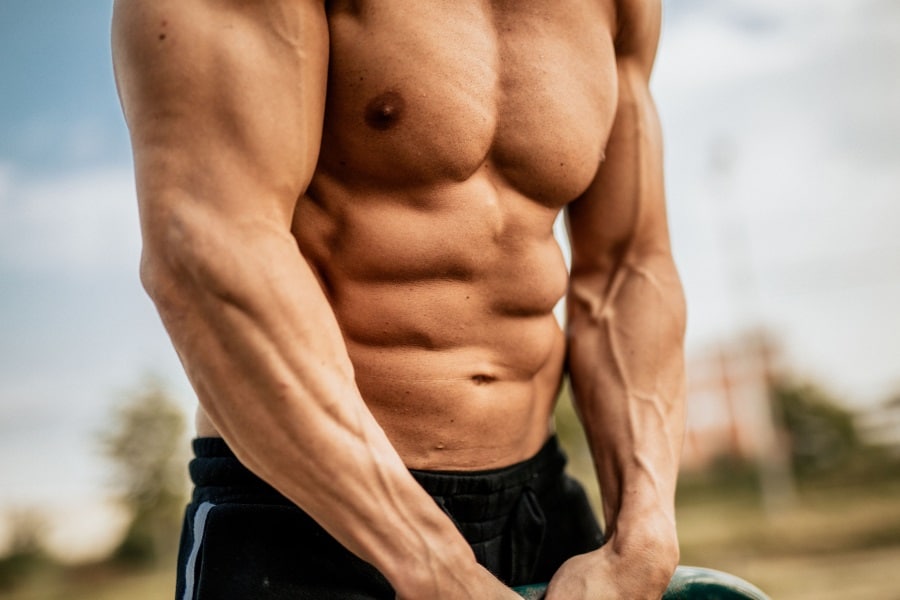 As a general rule of thumb, abide by the following protocol: when the flexing gets easy, increase your reps. Similar to weightlifting, the last rep should be the hardest. You’ll want to perform your Kegel exercises about 10 times in a row, three times a day, and constantly strive to improve your technique. As you grow more comfortable with the process, try it from different positions. You can even perform Kegel exercises as you walk.

While most of the specifics are up to you, there are some agreed-upon times in which you should always perform a Kegel exercise. One is right after you urinate, so as to rid yourself of those last few drops. You should also contract the PC muscles immediately before performing any activity that might place pressure on your abdomen, such as sneezing, laughing, coughing, or lifting. This will help combat leakage.

Another tip is to center the exercise around a daily routine such as brushing your teeth or driving to work. This will keep you on task and ensure that you never miss a session. Soon enough, you’ll develop an almost unconscious habit of knowing exactly when to enact another Kegel exercise. In the meantime, your PC muscles are growing stronger and stronger.

Last but far from least: if you’re struggling to locate your PC muscles or maintain a pelvic floor exercise routine, don’t hesitate to visit your doctor and ask for help. The doctor might want to literally probe you a bit, but the measure will help provide biofeedback. Ultimately, you want a routine that’s as optimal as it is consistent, and you should be willing to take whatever measure necessary to achieve it.

Now, there are probably a number of gentlemen out there who aren’t experiencing any given symptoms, but just generally want to improve sexual performance. In other words: you want to last longer in bed. The good news is that the routine doesn’t really change. Contract. Hold. Release. Increase your reps. There’s even an app called Stamena to help you along the way.

For all the aspiring Casanovas out there, you can anticipate better orgasms, longer sexual performance, and no more premature ejaculation. You might even be able to orgasm without ejaculating, though it requires tons of practice and a truly proper contraction at the right time. As with all fitness regimens, the more effort you put in, the more rewards you get out.

What do Kegel exercises do for guys?

What is the best exercise for erectile dysfunction?

Kegel exercises, which involve flexing your pelvic floor muscles and releasing them on a dedicated basis, will help fight erectile dysfunction.