Australian rugby star Nick “The Honey Badger” Cummins, is just as popular off the field as he is on the field. After a recent stint playing rugby in Japan, “the Badge” is back home in Australia playing for the Western Force in the prestigious Super Rugby competition, and Man of Many got the opportunity to chat with Nick about life and rugby.

Man of Many: Tell us a little bit about your stint overseas, how did you enjoy life in Japan?

Nick: I mean yeah everything is different from food, the way the way they speak in in public, the hierarchy type status things and it was just a fascinating little taste of of Asia. The rugby, it was bloody pretty legit, it was quite quite fast, they were pretty skillful and courageous. And bloody hell, they’ll dive at ya, they’ll kamikaze ya on your knees and then you’re in strife. But they’re honourable and hardworking, so you know they train hard, they play hard, they’re probably not as heavy so the impacts aren’t as intense but they’re still quite tenacious.

Managed to get around and see a little bit, up to Tokyo, down to Kagoshima, Itoshima and I suppose managed to have a bit of a fish around the islands and had a ball.

MM: Yeah nice, and what about the food? Sushi or meat pies?

Nick: Sushi or meat pies? It’s hard to find a mystery bag over there, probably the Yakiniku is the way to go. It’s all you can eat meat and you’ll walk out of there looking pretty second hand. You’ve got the meat sweats, you’ve got the whole bit.  Yeah I’d definitely recommend the Yakiniku.

“bloody hell, they’ll dive at ya”

MM: And now that you’re back, what are you most excited about being back to Australian rugby?

Nick: It’s quite quite competitive and that’s good, that’s what I need. I enjoy the enjoy that side of things and it’s good to see all the boys again and I suppose it’s just when you know a bunch of blokes and you really want to play for each other it makes it that little bit more exciting… I’ve missed playing over here and enjoying every bit of it.

MM: How important is your performance week to week knowing in the back of your mind that a Wallabies jersey’s is up for grabs?

Nick: Yeah mate it’s pretty full on. Every year there’s a whole new bunch of characters that can do the job better than you, so you’ve just got to find a way to stay in the eyes of the selectors. You got to keep pushing yourself because there’s a lot of good back three players out there these days. They’re bigger and stronger and faster so you’ve got to get older, wiser and something else.

MM: And have you got any predictions for the top four in the 2015 World Cup?

Nick: Well I’d like to see the Argentinians in there. I’m a fan of how they play, probably South Africa, France, Argentina and Ireland.

“riding a Mongolian horse, chasing foxes with eagles you know that’s something I would I’d be a part of”

MM: Everyone knows you’re a character, you’re a manner of speech it’s quite Australian, your post-match interviews have gone viral on the web and people around the world are always anxiously waiting to hear what you have to say. Has all this attention affected you in anyway?

Nick: Oh look, I don’t read too much into it, it’s all bloody smoke and mirrors to me. I mean you throw a bit of bloody chat, which where you come from is normal, but apparently it’s not to the rest of the population, which is kind of sad. I mean there’s lot of blokes out there that are still carrying their great-grandfathers language and I think we need to hold onto that. It’s a part of Australian culture. Australian culture,  it’s quite a young setup so don’t have all that much culture but you know that’s something that’s got to be kept onto, the language, it’s the way the way of explaining things.

I suppose now,  when you go out to try to bloody have a feed with a sheila or something, people come asking for a photo when I was trying to eat, that’s probably probably the worst part of it. But the best part is, yeah I’d have said the language is being brought back to us and and just igniting it within us.

MM: Yep keep it alive! I reckon your kind of witty charm and the way you speak would be perfect for an animated film voiceover, have you ever thought about doing something like this? Like Finding Nemo crossed with FernGully?

Nick: Riding Nemo? No I wouldn’t be bloody riding it.  It’d be quite funny doing a little cartoon type setup riding a Mongolian horse, chasing foxes with eagles, that’s something I would I’d be a part of because they’re creative little characters and they bloody come up with some good stories sometimes. Yeah bloody oath hit me on the burst.

MM: As a newly appointed Head and Shoulders ambassador, how important is it to stay flake free and smell like a man, as they say?

Nick: Mate it’s bloody crucial. I’ve been scrubbing myself with that since I was a tin lid and you know it gives you that sort of 100% flake free vibe about yourself. I think not only will your charisma levels increase, so will the levels the Sheila’s will be hanging off you and who knows what could happen from there from there. For me it seems to work and good happens.

MM: So then I take it it’s true then, curls do get the girls?

Nick: Well look I don’t spend too much time in the gym, so must be the old mop that I got on. 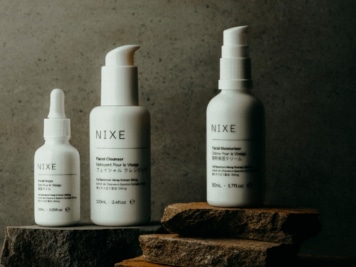