Johnnie Walker, makers of the best-selling whisky in the world, have decided to roll out an experimental line of limited-edition whiskies that they are calling the Blender’s Batch. The third of these whiskies was just released—the Triple Grain American Oak Scotch. A Rye Finish and Bourbon Cask whisky were the first two released from the Blender’s Batch line.

Developed by master blender Jim Beveridge in Scotland, the Blender’s Batch line focuses on unique flavours that add complexity and depth to the scotch. Beveridge got inspiration for this whisky line from the time that he spent blending rye and bourbon in Kentucky.

Aged for ten years in American Oak and bourbon casks, the Triple Grain American Oak Scotch was crafted using five different three-grain whiskies, including malt from Mortlach on Speyside. Grain whiskies came from the old Port Dundas distillery, which was once a top producer for many well-known brands before it closed in 2010.

The flavour profile of the Triple Grain American Oak whisky consists of fresh fruit tones and light vanilla notes. The palate is a bit sweeter than the nose would indicate. It offers a banana bread character with hints of nutmeg, cinnamon and allspice. There are also elements of roasted nuts. This profile is quite different from typical Johnnie Walker whiskies. But, the change is quite refreshing. It makes an excellent foundation for signature, classic cocktails.

Johnnie Walker’s Triple Grain American Oak is available in limited quantities only. Each bottle is individually numbered and comes in at 82.6 proof. 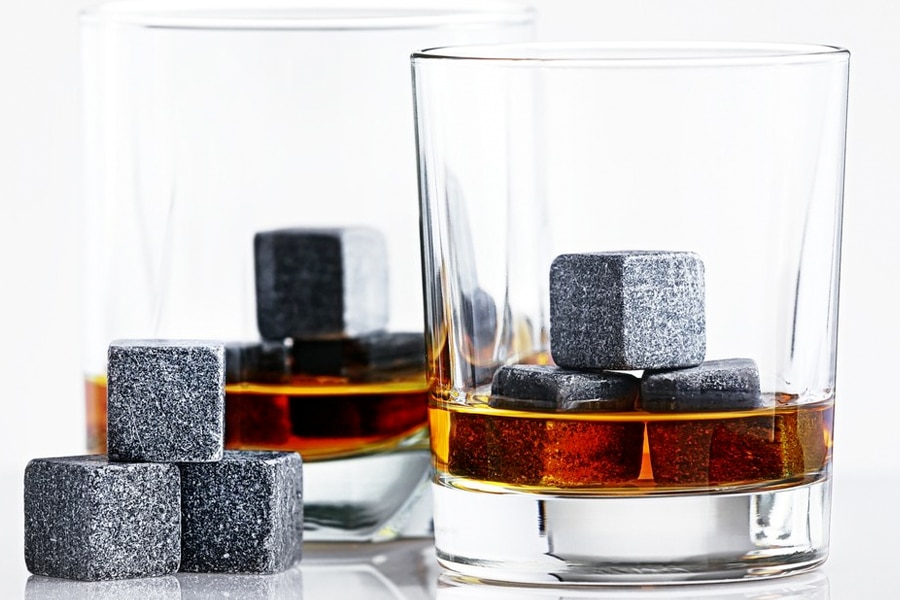