You’d be fair in thinking that BlackBerry is long gone but not forgotten, but BlackBerry is back baby! And on first impressions, sitting down with the BlackBerry rep to talk me through the phone, I have to say that I was thoroughly impressed. BlackBerry have just launched the PRIV in Australia through Optus and it’s their first ever Android phone. It combines the functionality that all of us Android users are familiar with, yet it still brings you the best of what made the old-school BlackBerry’s so great: being an absolute productivity powerhouse yet keeping your data safe and secure. Let me explain…

The Build – Look and Feel

The first thing I noticed when double tapping on the blank screen to wake up the phone was the dual-curved style screen that measures a sizeable 5.4 inches. The glass is slightly curved on the left and right sides of the phone giving it a futuristic feel. The screen itself is an OLED display with a resolution of 2560×1440. That’s, no lie, the exact same resolution as my desktop computer monitor. Crazy. BlackBerry describe the screen as “immersive”. That’s an excellent description, considering the fact that it presents images in four times the pixel density of a standard HD television. Even if you drop the phone, there’s a good chance that the screen won’t crack thanks to the protection provided by the uber-strong Corning Gorilla Glass 4.

The body and back of the phone is a rubbery and grippy to touch carbon fibre which gives the phone a study feel. Picking it up it feels quite heavy in the hands compared to other models. Coming in at around 192g, the PRIV hasn’t exactly gone for the whole super sleek and super light look you see on comparable brands. Instead it packs a punch with what we all know we need. Battery Life! It’s rocking a 3410 mAh battery with enough power to work up to 22.5 straight hours of mixed usage.

The power button is on the left and the trio of buttons on the right. There’s also a nice front facing speaker down the bottom of the phone. Right above that speaker is a lip for you to access the keyboard which you can slide open and down with one hand. I found myself playing fiddling with this slider constantly.

Diving further under the hood, the BlackBerry PRIV comes with 32 gigs of built in storage and its base CPU 1.44 GHz quad-core CPU This is the CPU that the PRIV taps into for general phone tasks but there is also an additional dual-core 1.8GHz CPU that is frequently tapped for high-intensity operations. Power is derived from a Snapdragon 64 bit 808 hexa-core system-on-chip.

The PRIV’s memory can be expanded with a microSD memory card, providing up to an additional 2 TB. In terms of ports, there is a USB 2.0 that is fully supported with a micro USB 2.0 cable found in the box. A SlimPort adaptor (not included) can be used to support cabled-video out (4K at 30 fps).

What I probably loved most about the phone was the actual ‘lack’, per say, of extra bells & whistles or bloatware. The BlackBerry PRIV is about just as close as you can get to a stock Android experience running Android 5.1. To describe it best, it’s more really vanilla android software with a bunch of small enhancements added in, including the old features from BlackBerry we came to know and love.

To quickly search and obtain any information you need, you can simply swipe up from the PRIV screen’s lower edge and open the aforementioned BlackBerry Hub, Google Now or the Device Search.

What is BlackBerry Hub I hear you ask? It stores all of your conversations, and I mean all of them, (email, meetings, messaging, and social media) in one place where users can respond to each of them without going into a separate platform or app. This is designed to boost productivity on the go but choose your apps wisely as otherwise it can be a bit overwhelming. You can even use the BlackBerry hub to set handy reminds by location (when you get home from work for instance) or by date. It’s basically the centrepiece of your productivity suite.

The software also has some special Pop-Up Widgets which can present information from any desired app right onto the phone’s home screen. It lets you swipe up from certain icons on the home screen and it lets you quickly see the app’s widget. It’s a good way to keep your home screen nice and tidy. Also along the screen’s curved edge is the Productivity Tab that provides an “at a glance” view of the most pertinent info from BlackBerry Hub, Calendar, Task, and Contacts.

All these added benefits bring to life the all the business and personal benefits of working with a BlackBerry PRIV phone.

We all know the importance of retaining your privacy in the modern age; cause you’re really only one leaked dick-pick or photo away from being fired. Good news is that the PRIV has been designed with security at its core. Building on BlackBerry’s legacy of security and keeping customer’s data private through encryption, the built in DTEK app retrieves the security status of your phone for you on the go. It’ll even let you know what information each of your apps have access to so you can disable them. The PRIV also notifies you when the device is at risk so you can be proactive and take steps to instantly boost privacy.

What BlackBerry is Known For – The Keyboard

Given it is a BlackBerry after all, there’s a big focus on getting the most out to the keyboard (or keyboards I should say in the PRIV’s case) and the typing experience. Given it is a vertical slider phone, you can choose to either type on the on-screen keyboard or the physical keyboard. BlackBerry proudly states that the PRIV provides the best integrated text messaging experience on all available Android phones. Thankfully, the PRIV lives up to this lofty hype.

The built-in on-screen keyboard was fairly quick and easy to use with some handy suggestive quick-type words that’ll pop up as you type. To select these words you can flick them upwards with your thumbs. While it was a pleasant typing experience, given this is an Android phone, the software is still able to be replaced with the trusty Google keyboard or Swiftkey in need.

The PRIV also has a sleek slide-out style physical keyboard with perfectly sized and highly responsive keys. But this isn’t just your ordinary old-school BlackBerry input. The keyboard is actually a touchpad meaning you can scroll through apps or websites with it while you’re browsing with clear view of your screen. There are also some gesture shortcuts they’ve built in. You can swipe left to delete one word at a time. If you want to be a little more precise you can double tap to enter cursor mode. Remember those suggested quick-type words? They’re there as well at the bottom of the screen and you can just swipe upwards across each third of the keyboard to select the word quickly. It also has your old school keyboard shortcuts from BlackBerry (hold C to compose etc.) built into the standard apps.

It took me a little while to get used to these functions but once I did, it was truly a productivity powerhouse. I did find myself switching between the on-screen and physical keyboard depending on the task I was performing so I’m not quite sure which one I prefer. I guess that’s the benefit of having a choice with the PRIV!

Take a Snap – The Camera

The last thing we’ll look at is the camera on the back of the phone. It’s an 18MP camera, certified by Schneider-Kreuznach. What does that mean? It basically integrates all of the technologies commonly found in DSLR cameras.  Go ahead and frame the scene with exposure control, live colour filters, dual-colour flash, Phase Detection Auto Focus and beyond. The camera does an excellent job providing clear images even when little external light is available for illumination thanks to the dual flash.

Overall, I have to say I was pretty impressed with the package that the BlackBerry PRIV offers. I loved the fact it offers a near stock Android experience with some added productivity shortcuts and has all the features you’d expect from a flagship smartphone. If you’re the sort of person who is nostalgic about being able to tap away on your old BlackBerry but still get things done in the modern age with up to date apps, then this phone is for you. A great combination of new-school and old-school. The BlackBerry is available for purchase now through Optus.

This article was sponsored by BlackBerry. All opinions are our own. 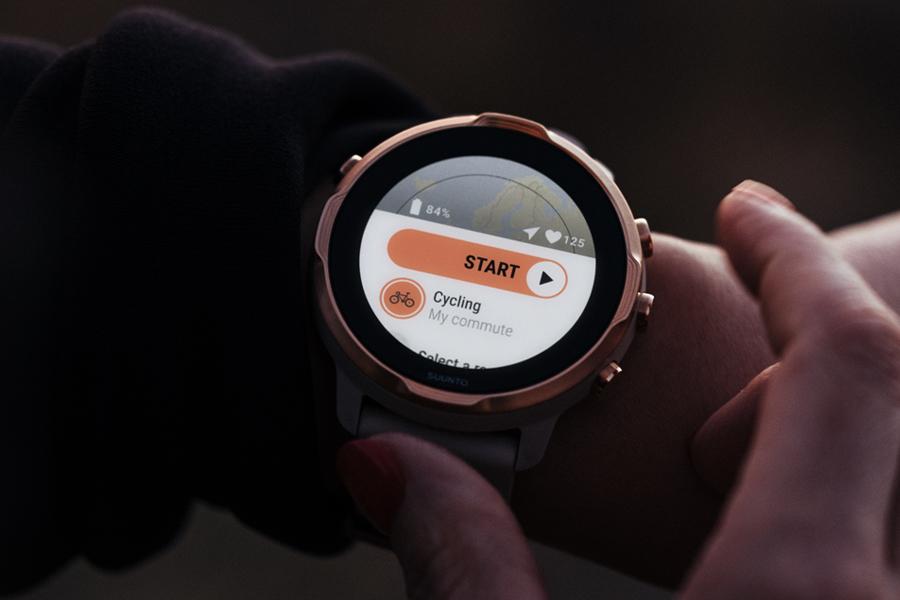 Tech
Fix Your Bad Wi-Fi for Under US$30