Well, we made it through another week. Despite the Ash Barty Party officially coming to an end and Sydney being ranked as the second-least affordable housing market in the world, we persevered. Now, we find ourselves on the cusp of a few quick bevvies and a host of good vibes, which we’ll kick off post-haste. Here’s Feel-Good Friday for this week. 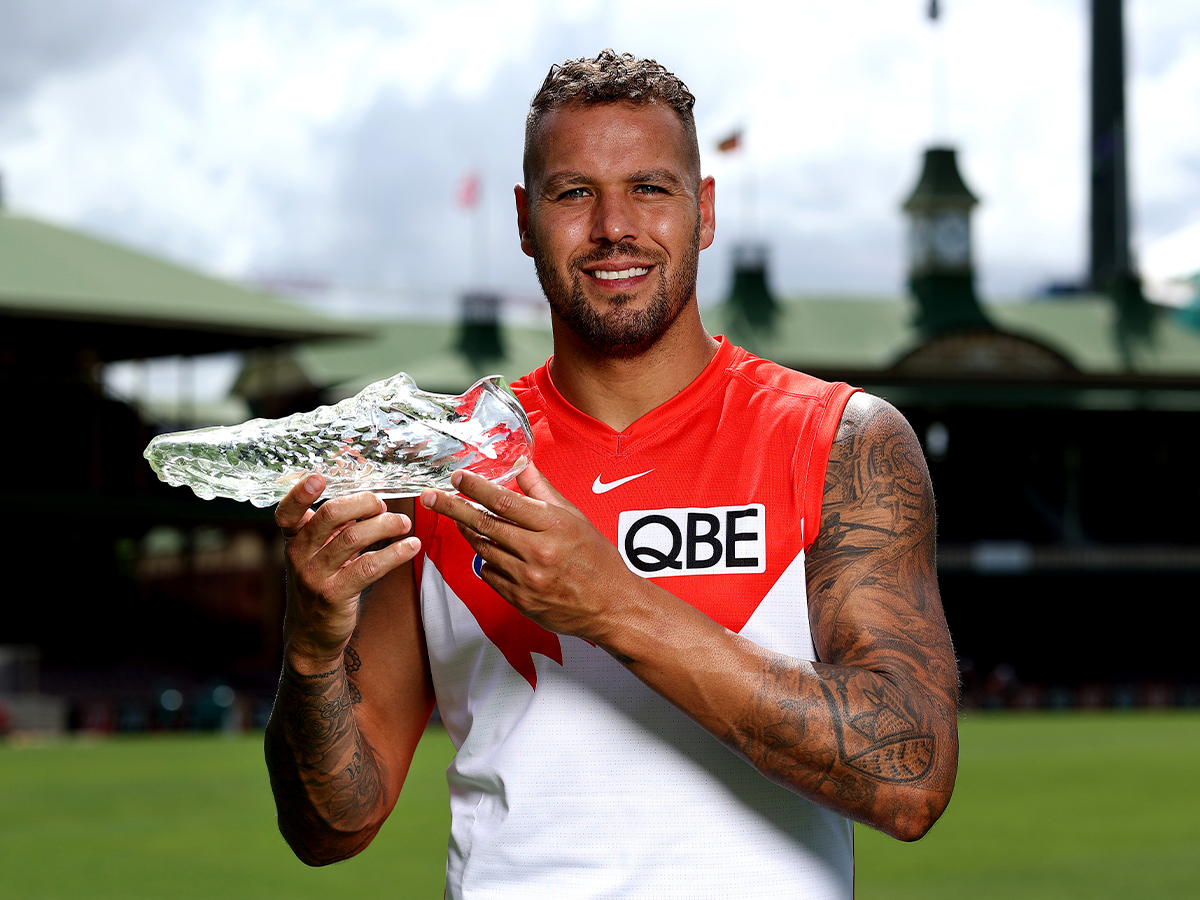 There’s something special about necking a beer from a shoe, but a commemorative boot crafted from fine glass? You better believe that’s a paddling. To celebrate Sydney Swans player Buddy Franklin’s upcoming 1000th goal, which may or may not happen this weekend, the Swans and sponsor Furphy have teamed up to create a replica of the great man’s boot. Best of all, the glass slipper could be yours. Furphy and the Swans are giving away 10 examples of the unique commemorative release to lucky fans. If you’re a footy fan with a penchant for shoeys, this oddly specific venture might be right up your alley. The legends behind your favourite extreme sports events are returning with something a little different. This year, Red Bull is teaming up with a host of great athletes for the Wings for Life World Run, the largest global running event where thousands of people from around the world start running at the exact same time to raise money and awareness for spinal cord injury research. With approximately 20,800 Australians living with a spinal cord injury, of which 81% of those in people under the age of 65 are a result of sport related injuries, it’s a cause that demands attention.

To join in, you simply register and run until the catcher car catches you. Everyone around the world can join an App Run or in some locations a Flagship run – you can run on your own or with a group of people, with 100% of the registration fee going towards research for spinal cord injury. Red Bull’s Wings for Life World Run takes place on May 8th 9pm AEST, so get involved! 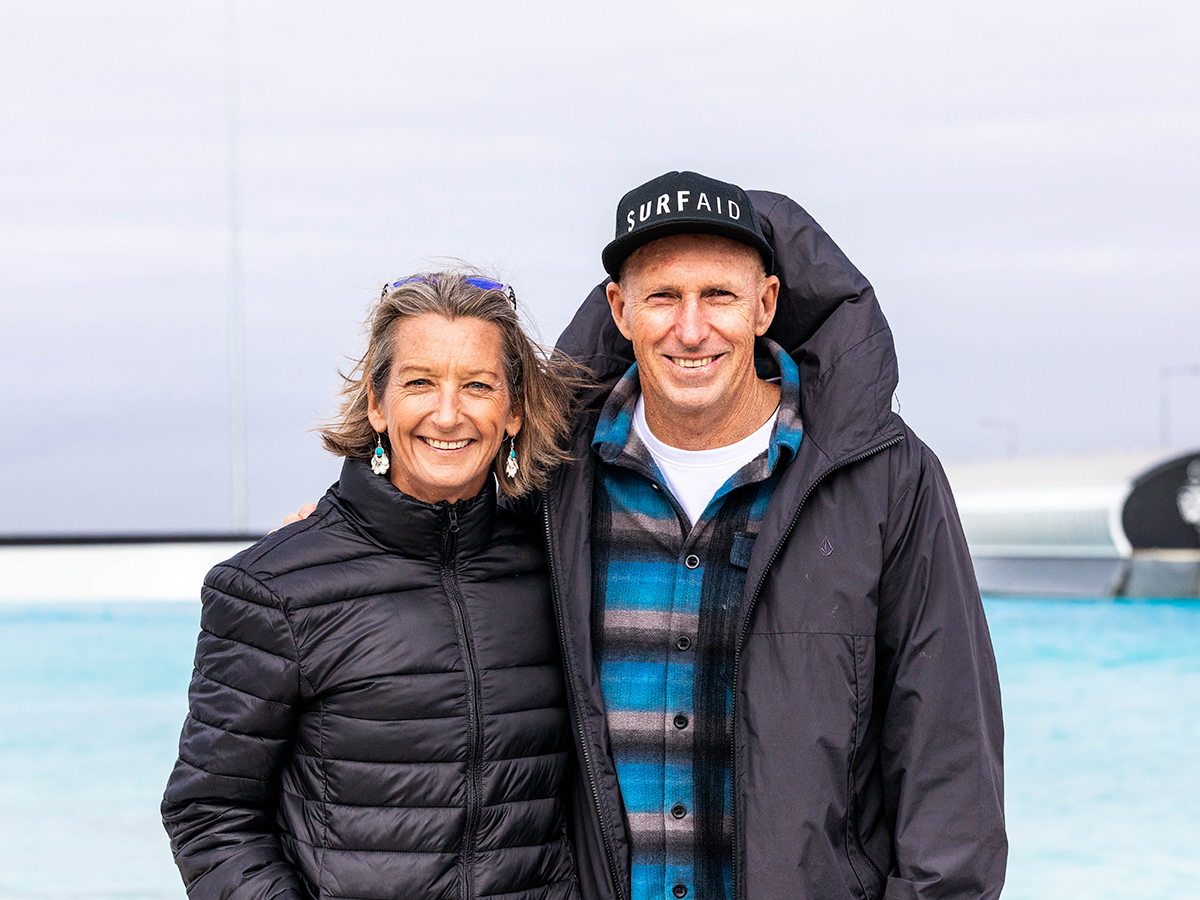 SurfAid Cup Kicks Off at URBNSURF

Australia’s first surf park, URBNSURF has launched an exclusive partnership with surf non-profit SurfAid to improve the health, wellbeing, and resilience of people in remote surf communities. Kicking off with the inaugural SurfAid Cup on March 25th, the event will see teams of six surfers taking on the most sought-after wave in Australia and compete for the title of Surfing Champions.

“It’s a huge privilege to be able to do something positive for others through surfing. Surfing is usually such an introspective and individual pursuit,” URBNSURF boardrider club members Simon Ashford, Brendon Davis and Chris Watson said. “It’s amazing for URBNSURF boardriders to be involved and have this opportunity to give back and contribute through Surf Aid.”

Last year’s event raised more than $70,000 for SurfAid’s programs, reaching more than 54,000 people in Indonesia, Solomon Islands and Mexico. During September, SurfAid holds the annual Make A Wave Challenge where pros and rookies alike surf for 30 days straight to make an impact. Last year the event raised in excess of $739,000, and this year URBNSURF will be a key partner giving 60 lucky surfers the chance to surf at the pool when they take part. 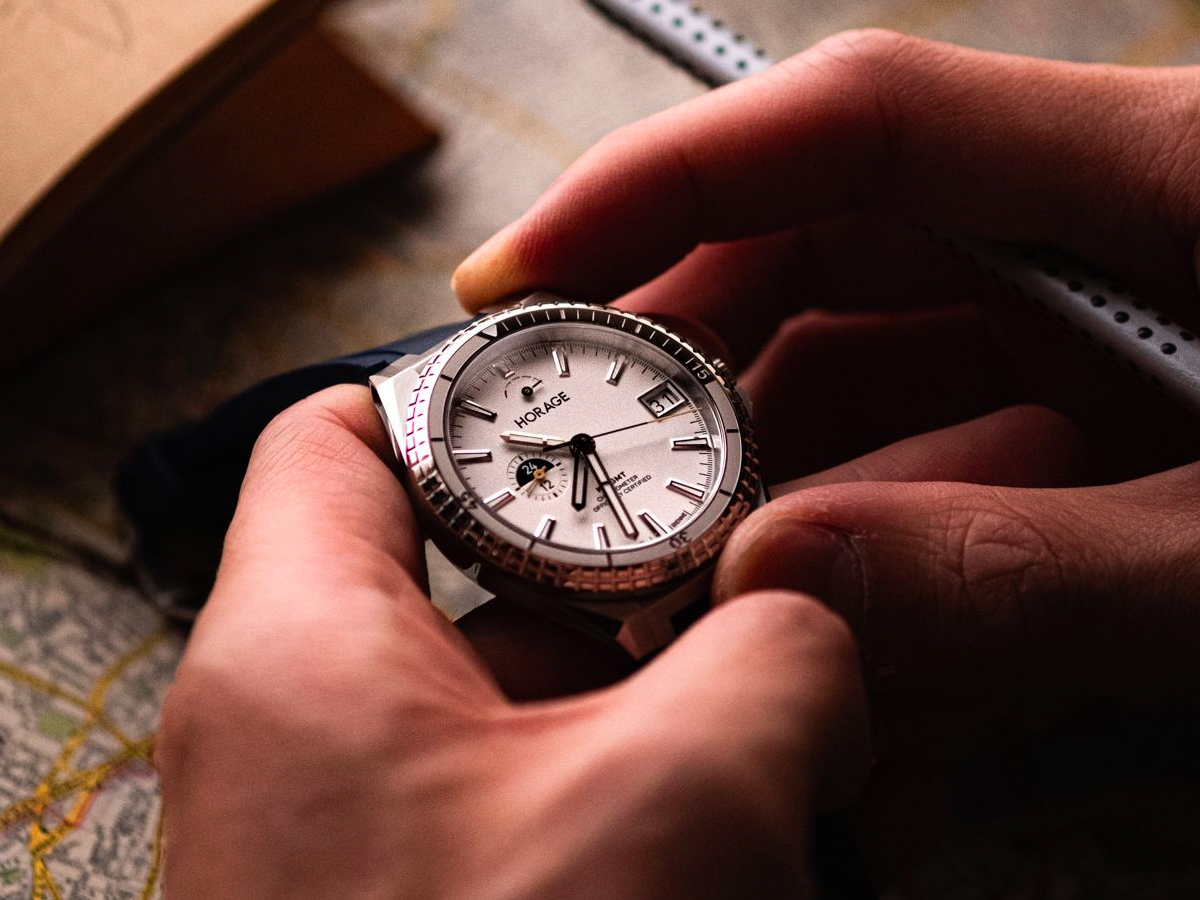 Swiss watchmaker Horage has set its sights on helping the people of Ukraine, launching a new donation drive. The brand is collecting donations that will be used to purchase food from CrowdFarming and their network of independent European organic producers. This food is then shipped directly to relief centres in Poland and along the borders of Ukraine to feed those who need it most, but there’s more to this drive. According to Horage’s Erik Slaven, each donation will come with the potential to score one of the brand’s stunning Supersede Technical Prototype Watches.

“We are asking the watch community to take part and to donate as little as $1. Each dollar donated provides the donor with an entry into a draw to win 1 of 6 Supersede technical prototype watches,” he said. “The more that one donates, the more tickets they earn and likely more of a chance of winning.”

As part of the commitment, Horage will be giving away nearly USD$42,000 (39,000 CHF) in Supersede Prototype Watches, with all funds raised will go to the purchase of organic foods for Ukraine refugees. Donations start Tuesday March 22nd at 14:00 CET until April 5th at 14:00 CET. You can check it out below. 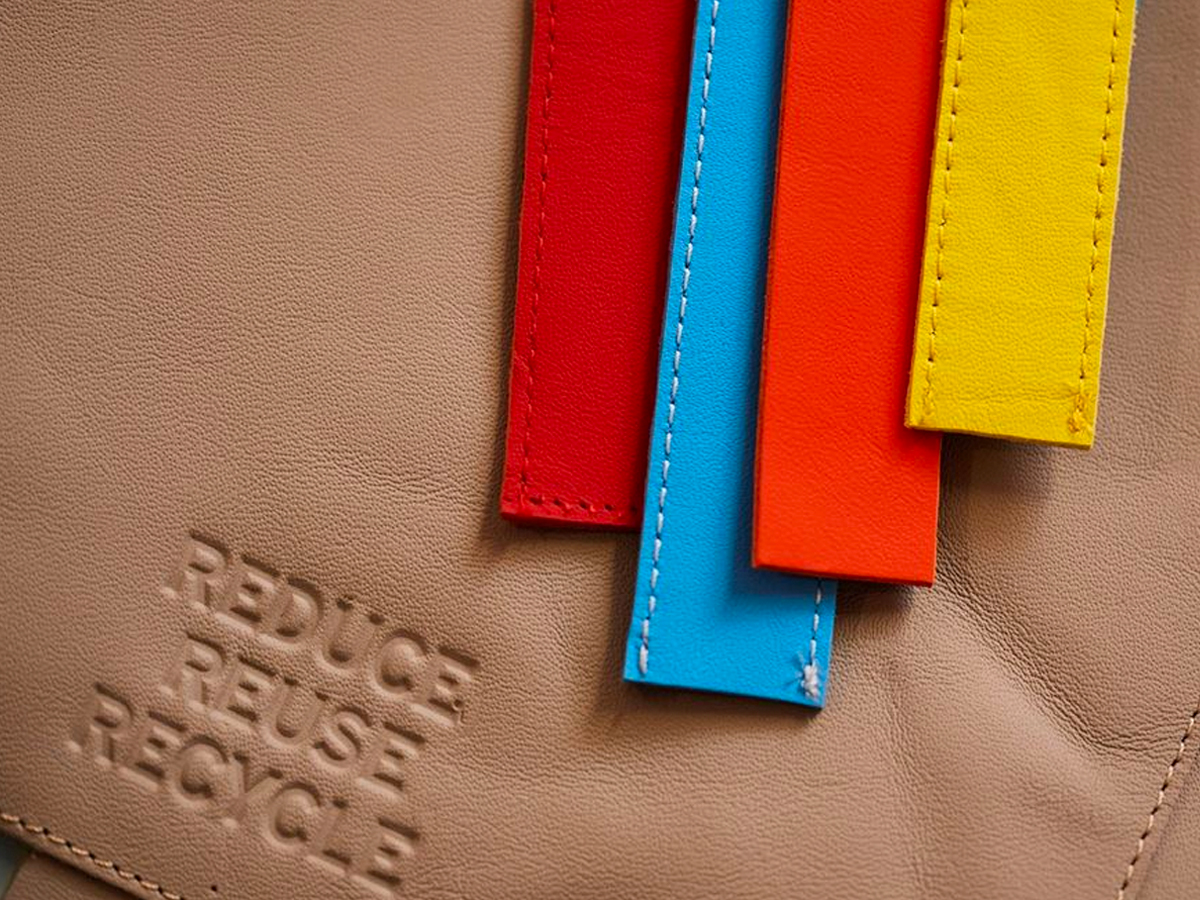 Lamborghini has committed to supporting Global Recycling Day in an effort to preserve natural resources, reduce CO2 emission and ensure the planet surges forward. According to the Italian marque, Lamborghini has recovered 51% of all special waste produced during its manufacturing activities, turning the material into new resources. For example, leather than hasn’t passed quality control is now repurposed into small customised leather goods, courtesy of an agreement with Cooperativa Cartiera in Marzabotto. With Global Recycling Day falling earlier this week, it seems only fitting to celebrating the automotive icon for making good on its emissions reduction targets. 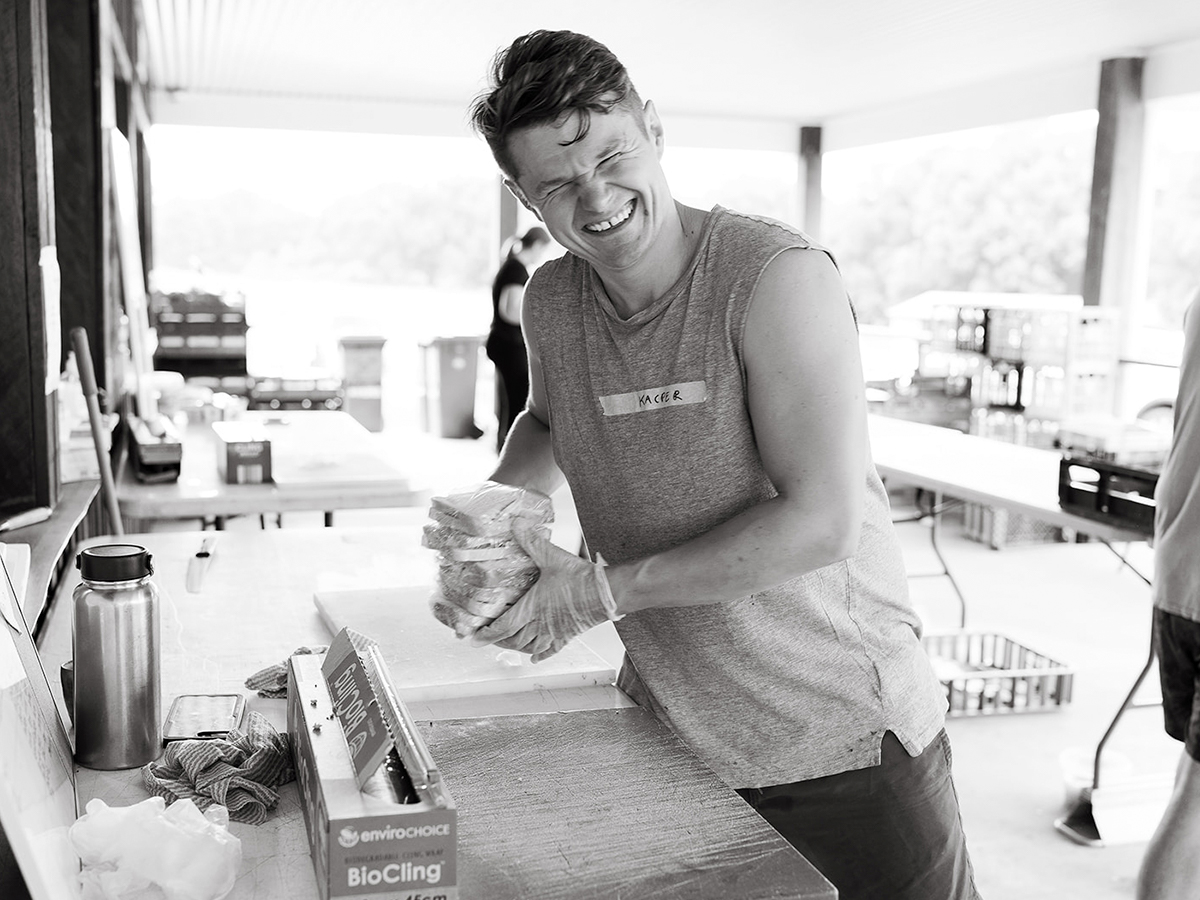 Northern Rivers chefs Pip Sumbak of Pips Plate and Wal Foster of Natural Ice-cream Australia may have set out to raise $500 for their local community, but they did much better. In just two weeks, the duo raised over $170,000 through their Flood Relief Cook Up, sending out more than 200,000 ready-made-meals for those impacted households. According to the locals, the entire community got behind the project, with nearly every restaurant and chef in the Northern Rivers contributing their time and energy to the cause. Estemed restaurants such as Three Blue Ducks, Bread Social, Bay Leaf, Fleet, Eltham Hotel, Paper Daisy, Frida’s Field, Barrio Eatery & Bar, The Diner Lennox, Harvest Newrybar, Salumi Australia, Lightyears and many more lent their time to making sure the project was a success, much to the shock of Pop and Wal.

“I’m so proud to call this place home. It’s been over two weeks since we mobilised as a community. Most of us small business owners. Without training, we found ourselves leaders of a makeshift emergency response,” Pip said. “We called upon our mates… well actually they just showed up because they’re human beings with big, beautiful hearts. An upholsterer, a sustainable condom maker, a publicist, a movie producer, an artist, a plumber, a photographer, a social worker and hundreds of volunteers. As a combined force we were able action an immediate plan to feed flood victims in the absence of government food relief. Our recovery efforts will be ongoing as we now face the grim reality of increased poverty, homelessness and despair in our region. I’m confident that if this all happened again tomorrow, our community would again risk their lives to save others.”

At the moment, with the Go Fund Me money Wal and Pip are supplying fresh food and meat from local businesses to community hubs in the Northern Rivers that have been set up for those left homeless and displaced since the floods. You can show your support below. 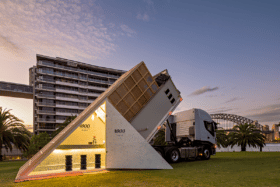