“Lately I’m making an effort to just put the thing away” – Chris Hemsworth on the modern challenges of fatherhood.

Chris Hemsworth is the celebrity taking fatherhood more seriously than any famous guy I’ve ever met. No matter what question you ask him, his answers have an uncanny knack of finding their way back to his life, his role, as a dad.

You’ll see in this video. I ask him about why he moved back to Byron in the last few years? For the kids. I ask him about the kinds of roles he takes on? Generally the ones with locations that don’t involve uprooting the family. I won’t steal all of Thor’s thunder, but the reason we’re running with this guy as The Father Hood’s finest, the first celeb to be profiled, is that all fame, all wealth, all physique aside – he is one of us.

I promise you, one of us. He’s rich, he’s a star, but dammit, he’s right there in the trenches like a normal dad. He knows his way around a Baby Bjorn, he thinks obsessively about the kind of dad he wants to be and you can bet your ass he’d have some suggestions for a mild on the skin but still effective nappy rash cream (#sudocremforlife). He has three children with wife Elsa Pataky, who he married after a whirlwind courtship in 2010, one daughter, India Rose and twin sons Tristan and Sash. 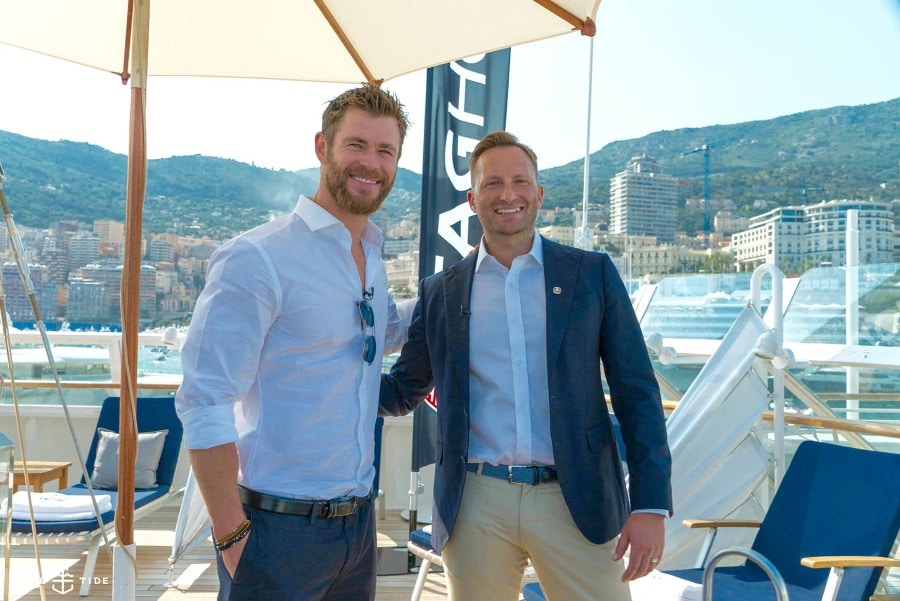 TFH: Why did you come home to Australia?

CH: “There was a period when I had to be there , just purely to be knocking on doors and going to auditions and meetings,” he says. “But when I’d got my foot in the door and I didn’t need to be there every day we very quickly made the decision to come back home. And my wife being from Spain, loves Australia obviously, it wasn’t much of a conversation. Maybe that will change down the road, but presently we have the luxury to travel back and forth. That’s always been the dream for me, to work around the world, but still call Australia home and come back and have my kids grow up there, in particular on the beaches in Northern NSW where we are now… They’re having a lot more fun in Australia than they were in the states, I can tell you that.”

TFH: How did you approach your life differently after kids?

“It’s all about you before kids,” he says. “And then you have children and you still try to hang onto that, you say ‘I am who I am’. And then it goes out the window. A lot of my decisions now are based on how things are going to affect the family. What’s the location the film shoots in? If it’s some obscure, not so attractive place, do I want to drag the family there for four months? And then there’s the question of what the role’s going to do to me? Is it going to put my head in a space that’s pretty consuming? There are times when I say, maybe not that one yet.” 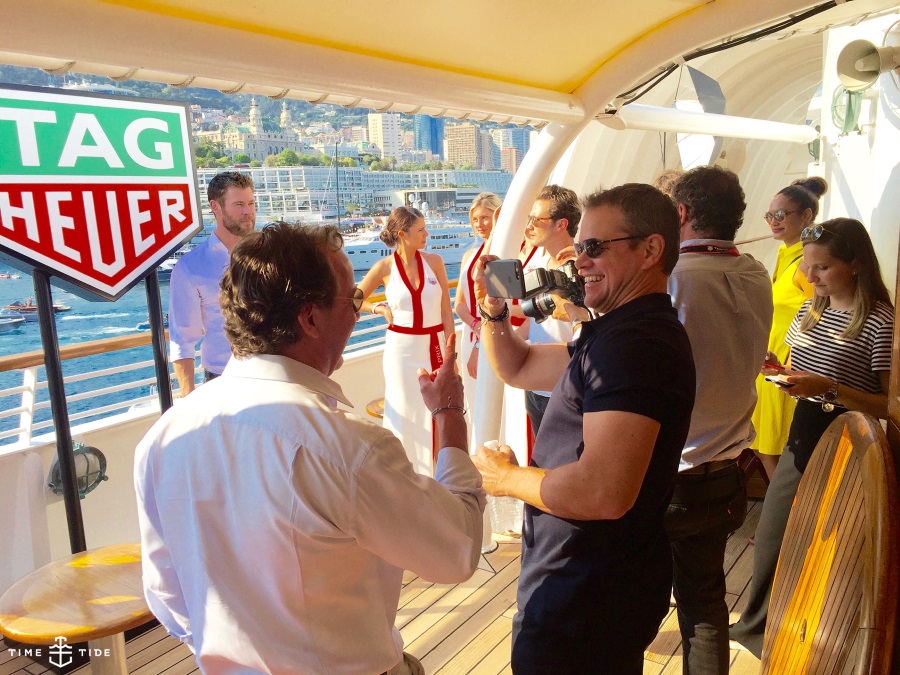 TFH: What is your dream of being a dad, how do you want to be remembered?

“It’s just to be present. It’s so easy to be distracted. I feel like when you look around these days every second person’s got their head in their phone. Your own kids are saying ‘dad look at this’, and you’re like ‘yeah, that’s cool’,” he says, pretending to wave his with his kid away with his head bent over an imaginary phone. “I’m guilty of it too at times, but lately I’m making a real effort to just put the thing away. We turn around and complain all the time that they don’t sit still, but what kind of example are we setting? We’re all guinea pigs in the generation of the iPhone and I think we’ve all got to start paying attention to what the ripple effect is.

“Now, I choose an hour or two of the day where I need to look at it, but not be 24 hours a day on call and just be with them. Because you think they’re not paying attention but they do, you have a close look – they look up and they say, oh you’re busy again, it must be work. And that breaks my heart.

“My dream would be for them to talk about me as a parent one day and say that he was always there, he played with us, he was present, he listened, he paid attention.” 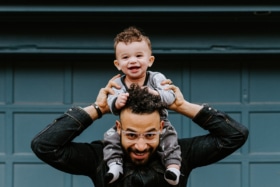