CIGA Design is here to upend any preconceived notion you might have when you hear the words “Chinese watch.” Founded in 2016 by Mr. Zhang Jianmin—one of the nation’s foremost industrial designers—the brand delivers quality, innovation, and artistry in equal measure. For proof, look no further than the mighty U Series · Blue Planet, a 46mm stunner that takes aesthetic and mechanical cues from the earth’s unique topography and rotation. A breakthrough in every sense, it became the only Chinese watch to ever take home the prestigious Grand Prix d’Horlogie de Genève (GPHG) when it won the prize in 2021. 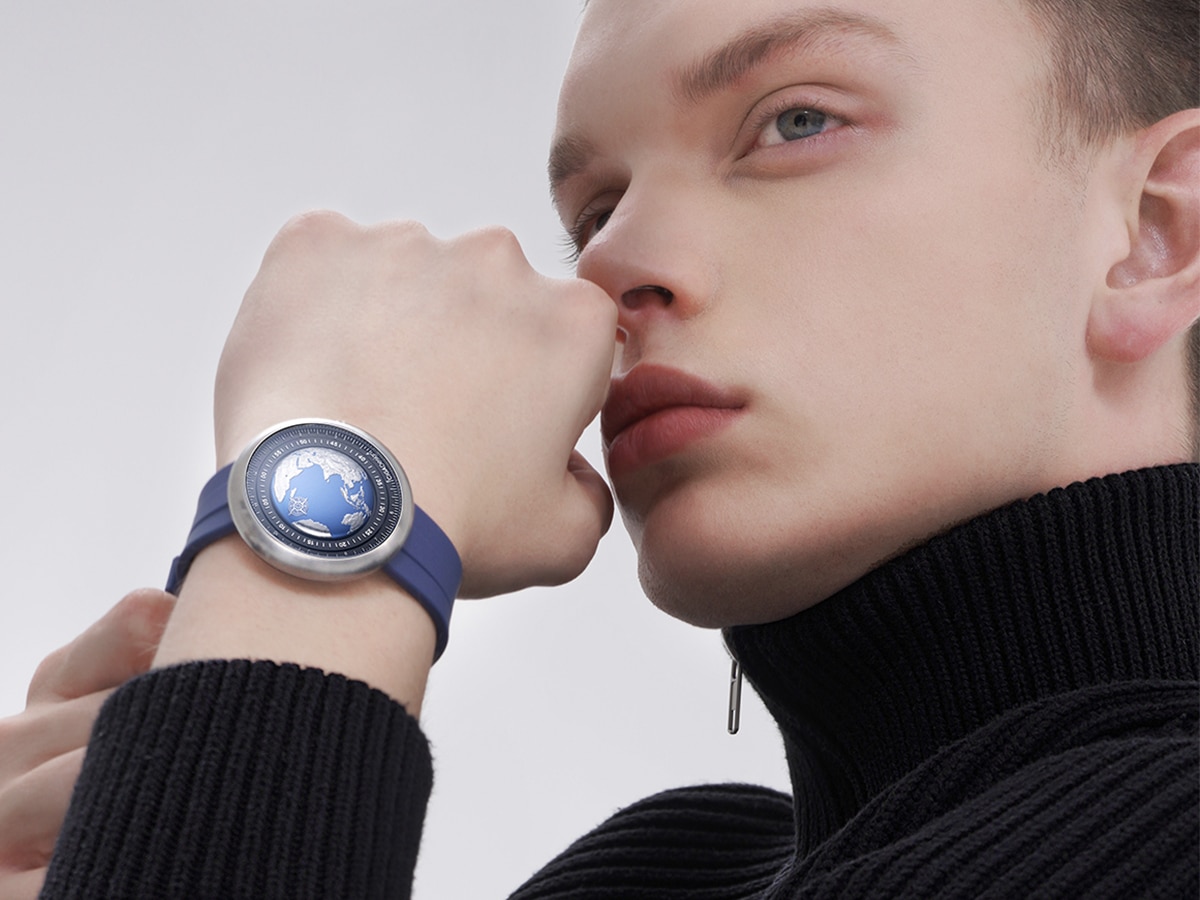 As the world suffered from a global pandemic in 2020, CIGA Design began looking at our treatment of the earth through a different lens. That led to the creation of the Blue Planet Collection, which pays direct homage to the massive celestial body we all call home. Every bit as blue and circular as the name would suggest, each model runs on a brand-new mechanical movement, inspired by planetary rotation. Whilst a typical movement follows its 30-degree hour hand rotation with a 360-degree rotation of the minute hand, this one cultivates a 390-degree rotation of the minute chapter ring by way of an innovative technology known as “Asynchronous-Follow.”

To provide further planetary-themed distinction, CIGA Design micro-carved topographic detailing into the middle of the watch in accordance with the earth’s actual altitudinal and terrestrial measurements. A mariner symbol doubles as the watch’s only hand as it circumnavigates the globe-like display, pointing to a still-hour chapter ring and rotating minute-chapter ring to generate unique and seamless legibility.

One look at the Blue Planet’s unmistakable interface and it’s not hard to see what all the fuss is about, or all the honours. Not just the first-ever Chinese watch to beat out European and Japanese competitors when it took home the coveted GPHG prize (as well as the “Challenge Watch Prize”) in 2021, it’s the first and only Chinese watch to go on display at the Museum of Art and History (Musée d’Art et d’Histoire, MAH) in Geneva, Switzerland. A triumph for CIGA Design, this is also a new chapter in the history of Chinese watchmaking altogether.

Suffice it to say, 2021 was a huge year for CIGA Design and their legendary U Series · Blue Planet. The award-winning watch is currently available at 10% off when you use the code MOM10 through the brand’s website from now until 17 November. Alternatively, you can score it at 10% off through Amazon by using the code 10CIGADESIGN from now until 31 October. 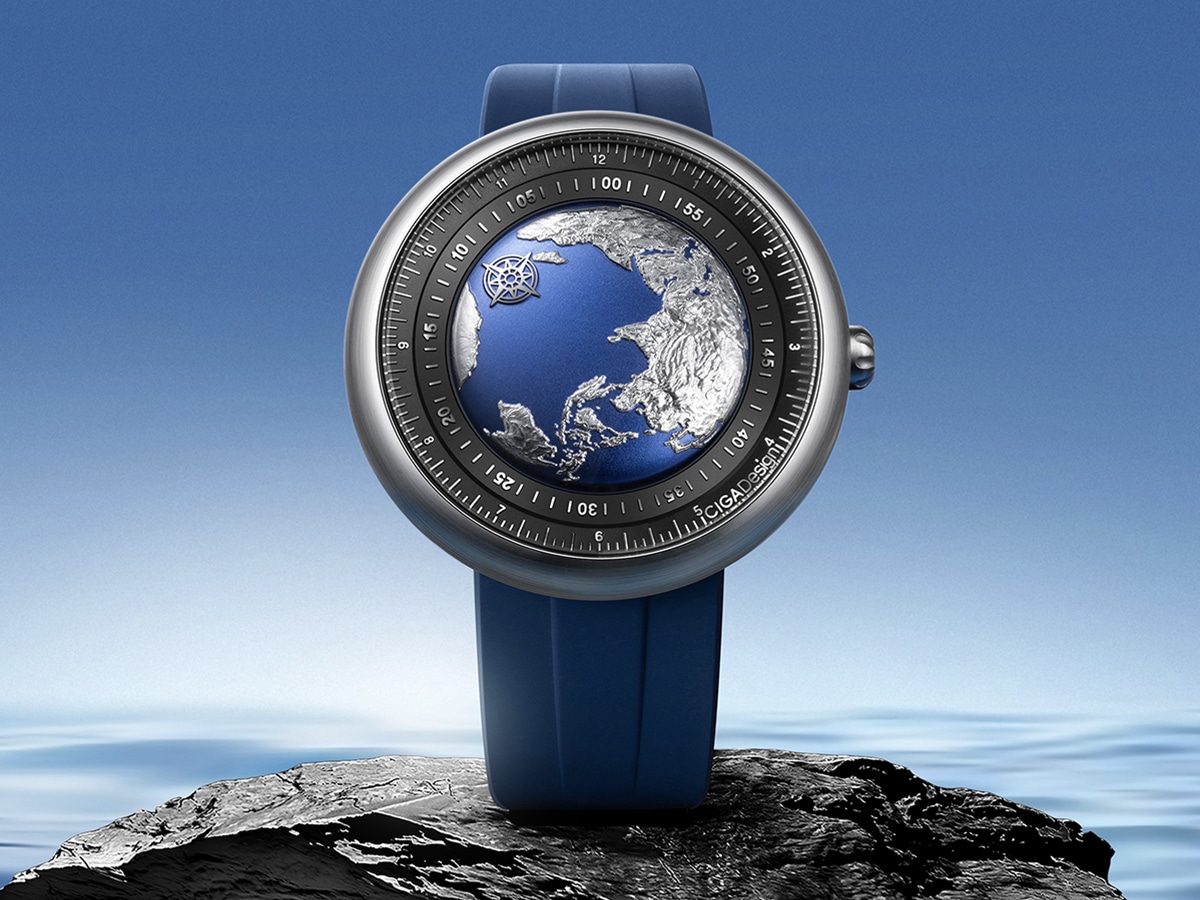 With its innovative rotation and intricate renderings, the U Series · Blue Planet already reminds us of the earth’s magnificence and fragility alike. Meanwhile, an upcoming Earth Day Edition takes the concept one purposeful step further. Co-designed with the Earth Day Organization (EDO), this special model is made of discarded metal materials and equipped with a different strap. Additional features include an exclusive logo and extra necklace.

The new U Series · Blue Planet Earth Day Edition will launch through CIGA Design’s website on 15 November at an expected price range of $1200-1400. For every unit sold, the brand will donate $30 to the Earth Day Organization (EDO), an international non-profit recruitment agency and the world’s most prestigious environmental organization. Buyers can also apply for a one-year EDO bronze medal membership upon purchase. 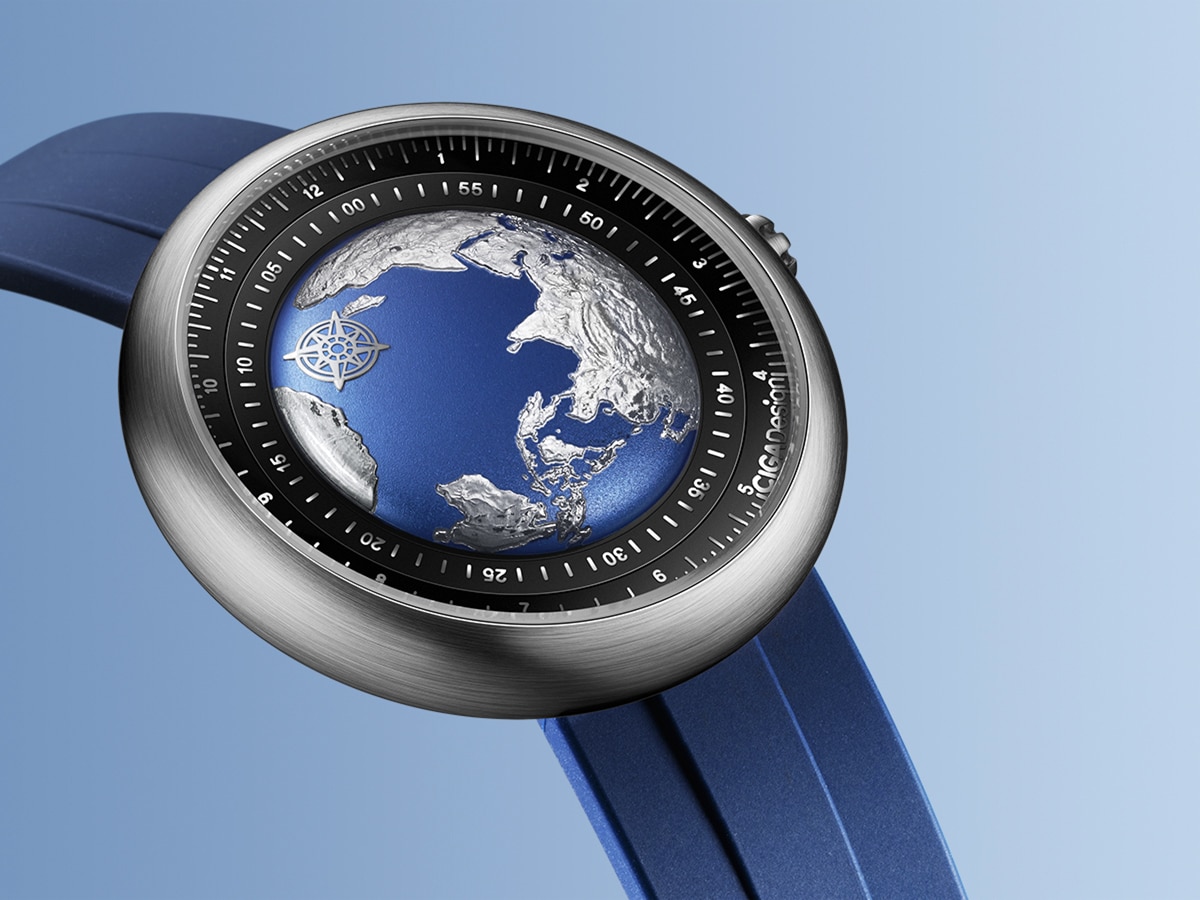 Big things are happening over at CIGA Design, which has come a very long way in little time. In 2020 alone, they successfully exported their output to over 100 countries, breaking sales records on Indiegogo whilst expanding their customer base to over half a million watch-lovers worldwide. Through the power of innovative mechanics and cutting-edge design, this brand is redefining everything you think you know about Chinese watchmaking. 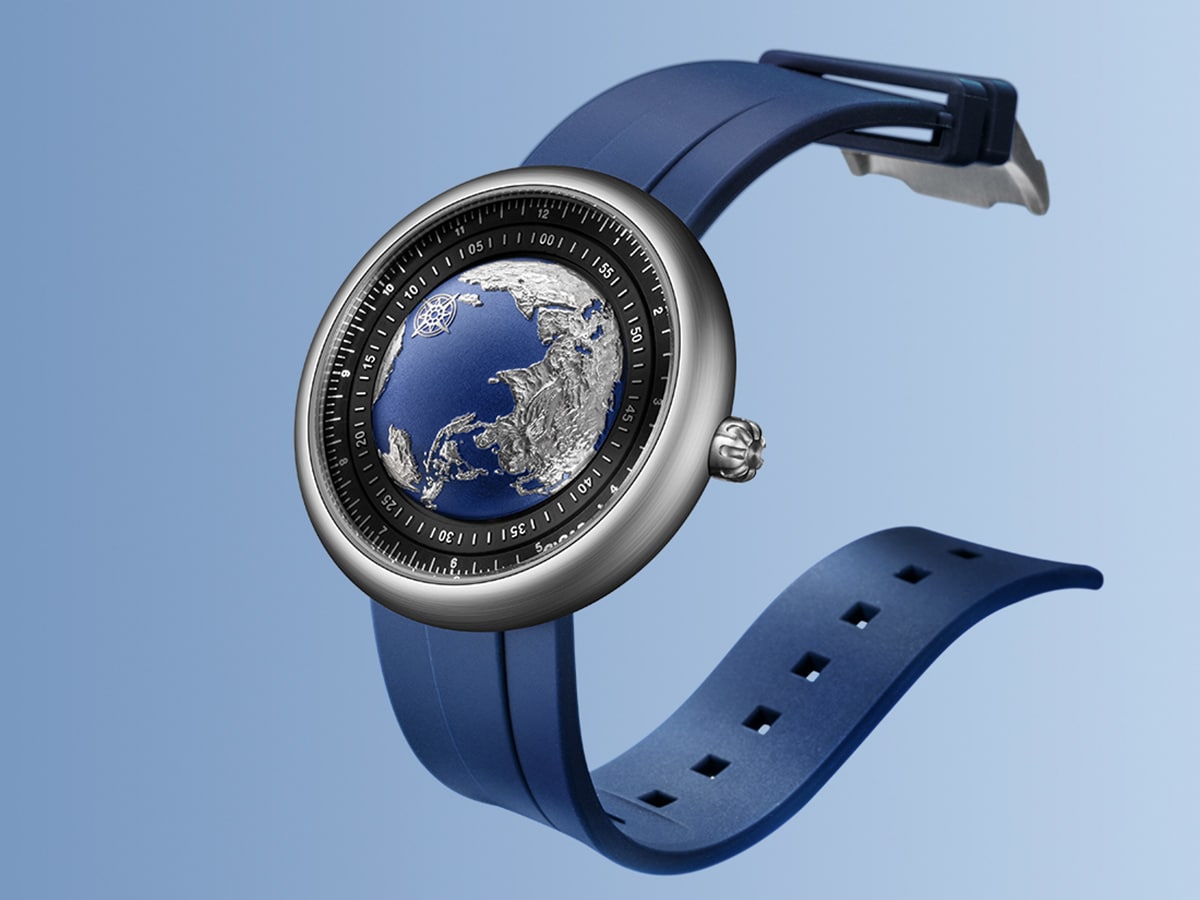 There’s no better way to pick up what CIGA Design is throwing down than by scoring their award-winning U Series · Blue Planet. You can get one through their website or Amazon at 20% off from October 27th to October 31st for Pre-Black Friday. After that, you can use the code MOM10 on their website or head over to Amazon, and use the code 10CIGADESIGN for 10% off from November 1st to November 17th. Few pieces render as immediate an impression as this one here, putting a revolutionary world around your wrist with epic aesthetics to match. 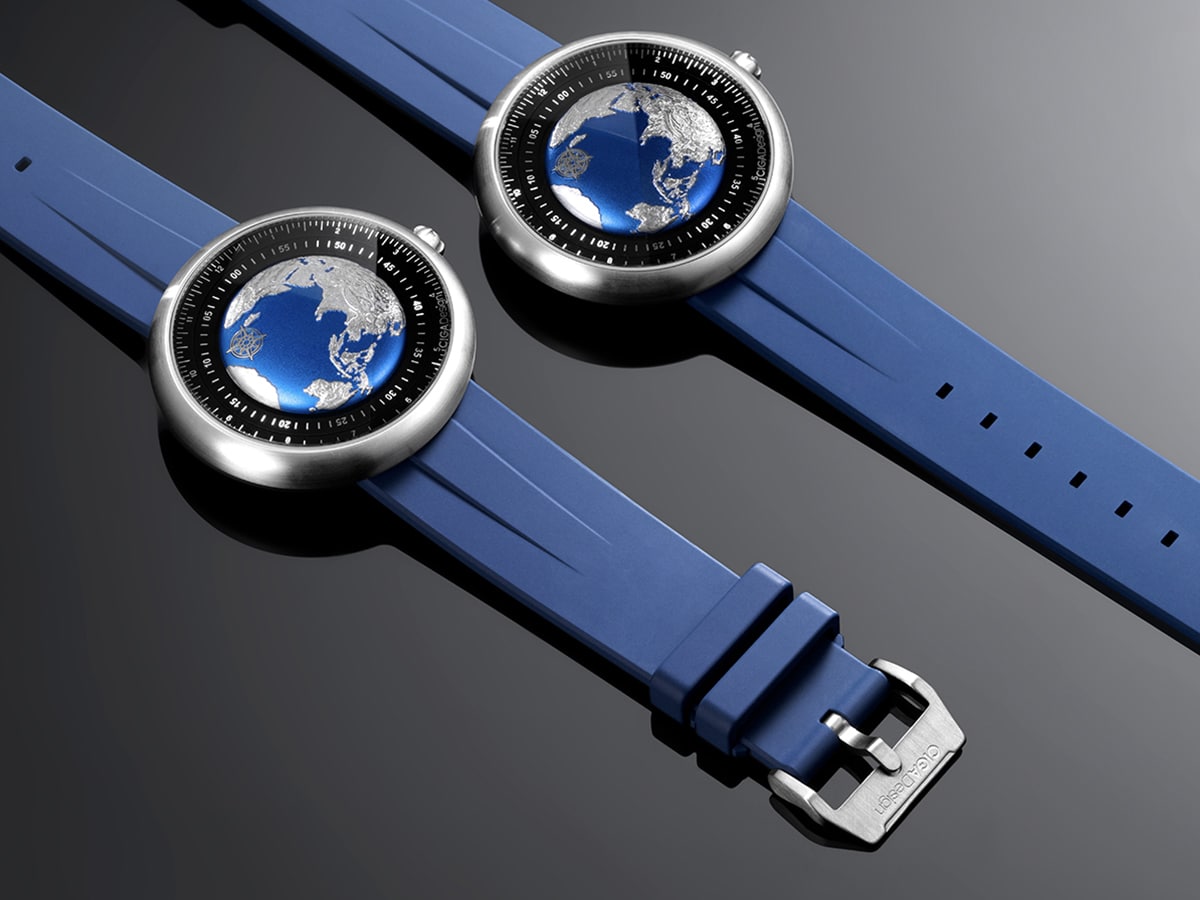