2016’s “Baywatch” has come and gone, but the Zac Efron diet lives on. With help from his personal trainer, the actor got into seriously great shape for the role. In addition to losing weight, Zac Efron obtained the kind of washboard abs most meatheads aspire to. And while the improvements didn’t appear overnight, he did transform his body in shockingly little time (just 12 weeks, reportedly). In the process, he packed on a whopping 10 pounds of pure, lean muscle mass. It all came about by way of a strict workout and eating regimen, better known as the Zac Efron ‘Baywatch’ diet plan (or the Zac Efron ‘Baywatch’ body workout). Pair that with a quality Zac Efron haircut and you might very well be playing his stand-in or stunt double somewhere down the road. Or you can just stick to the Zac Efron diet and workout plan since that’s far more realistic. Here’s how.

Personal trainer Patrick Murphy “implemented an all-organic whole-food diet” when whipping Efron into shape for “Baywatch.” For Murphy, the method was time-tested and celebrity-approved. That is to say, the personal trainer has worked one-on-one with a slate of Hollywood stars throughout his career, including Keanu Reeves. Nevertheless, Zac Efron’s diet seems to endure as a special case, if only because of the undeniable results. It’s then no surprise that people have been Googling terms like “Zac Efron diet plan” and “Zac Efron weight loss” ever since he appeared in the otherwise unmemorable “Baywatch” movie.

Before we dive into specific foods, we should add that Murphy’s diet plan wasn’t just about what Efron ate, but furthermore how and when he ate it. For example, every two weeks, Murphy changed up both the caloric intake and the ratios between proteins, fats, and carbs. And while we can’t say with certainty that Efron partook in an intermittent fasting regimen, we do know his personal trainer has recommended the method to subsequent clients. He also supplemented Efron’s diet with unflavored whey protein, which contained no additives or extra ingredients. Last but not least, he had Efron drinking “a minimum of 100 ounces of water daily.” 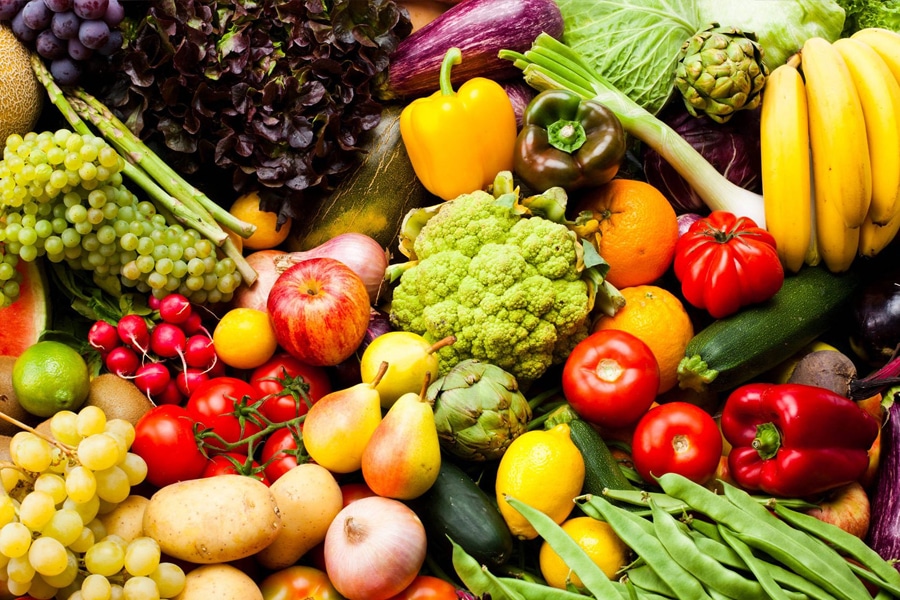 As for the food, it was lean, mean, and all-natural, baby. We’re talking lean proteins, whole grains, healthy fats, high-fiber fruits, and loads of veggies. Specifically, the Efron diet consisted of the following foods:

Turkey Breast – Like chicken breast, turkey is a great source of lean protein. However, stick with low-sodium varieties and avoid deli meats.

Pork Loin – Yes, even pork loin can come in lean and mean. If possible, avoid the pre-seasoned varieties, which contain extra sodium and unwanted preservatives.

Fish – Did someone say sushi (or cooked fish for those who prefer it)? Indeed, they did, since salmon and other fish are loaded with protein and Omega 3 fatty acids. The Zac Efron diet is looking pretty sweet, if you ask us.

Steak – Yes, there’s even room for a juicy steak in the Zac Efron diet. Just stick with lean cuts (like sirloin) and healthy portions. Also, don’t add too much butter or oil. In return, you’ll be getting protein, iron, and B12 vitamins, among other things.

Egg Whites – Egg whites are all the rage among bodybuilders, though the occasional yolk won’t kill you. In fact, it just might make you stronger.

Brown Rice – Consisting of healthy whole grains, brown rice delivers the kind of carbs that are actually good for you. It’s also somewhat rich in protein as well.

Quinoa – Because it contains every essential amino acid the body needs, this popular source of carbs is also a complete source of protein.

Oats – Easy to prepare, rich in fiber, and affordable, oats take longer to digest and therefore slow down your body’s absorption of carbs. The result is better, longer energy.

Nuts – Zac Efron goes nuts for nuts and you should too. Varieties like almonds and walnuts go big on nutrients, fiber, and healthy fats. Just be sure to monitor your intake because it’s easy to overindulge.

High-Fiber Fruits – Yes, fruits have sugar, but don’t run for the hills just yet. That’s because apples and pears are a good source of fiber and electrolytes. Meanwhile, berries such as blueberries, blackberries, and strawberries can help burn calories.

Vegetables – Your mum’s been telling you to eat your veggies since you were a toddler, and who is Zac Efron (or his personal trainer) to argue with your mum? Eat as many as you want, but stay away from starchy and carb-heavy ones like potatoes. 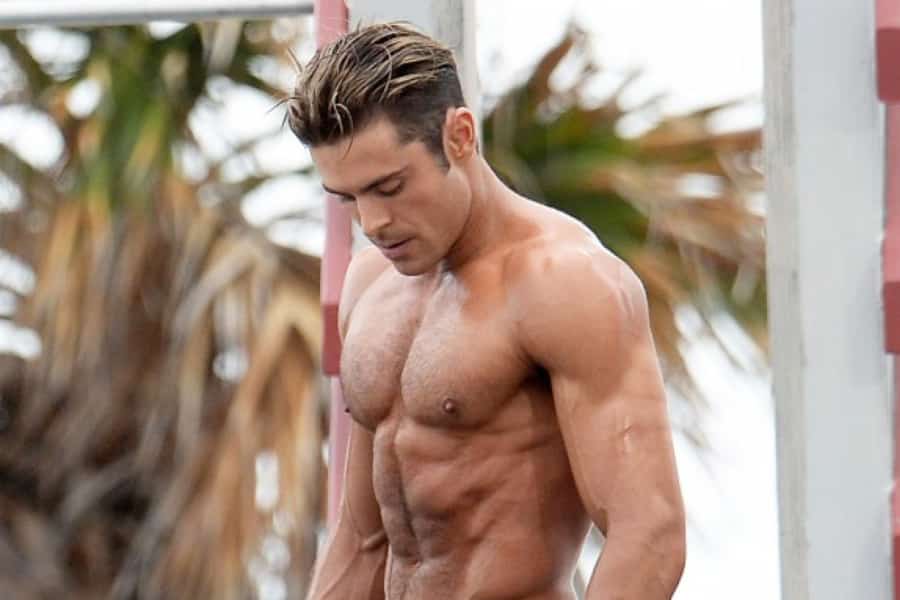 Zac Efron’s height is about 5 ft. 10 and The Rock’s is 6 ft. 5. Yet when the two appear side by side in “Baywatch,” Efron more than holds his own. That’s all thanks to a downright effective workout plan, which coincided with the Zac Efron diet. By targeting key muscle groups throughout his body—namely his abs, biceps, chest, and shoulders—the actor came a very long way in very little time. In the process, he gave new meaning to the word “beach body.”

The best part is that you can do the same. To start, consider the following takeaways from the Zac Efron workout, as per his trainer Patrick Murphy:

What was Zac Efron's diet for Baywatch?

What did Zac Efron weight Baywatch?