Ever wonder how much Kylie Jenner makes in an hour? How about George Clooney? Or famous tech titans like Jeff Bezos, Mark Zuckerberg, Bill Gates, and Elon Musk? Well, Business Insider crunched the numbers, and came back with a succinct report. The answer, of course, is a lot. In fact, people like Bezos and Zuckerberg make more in an hour than your bank account might ever see in an entire lifetime. Depressing, we know. But you asked.

For the report, Business Insider tallied the earnings for the 16 richest people in America. Given that these people don’t exactly make regular salaries, it took some extra calculating in order to boil things down to an hourly rate. Specifically, Business Insider used the best available annual earnings and net worth for each figure, with the numbers coming straight out of Forbes. When it came to the billionaires, they looked at the difference between each individual’s 2017 and 2018 net worths to come up with an annual total.

Last but not least, they divided all annual earnings–from both the magnates and celebrities–by 8,760, i.e. the number of hours in a year. In other words, these shocking salaries aren’t even based on a 40-hour work week, which vicariously makes each one all the more impressive, or daunting, depending on how you look at it.

As one might (or might not) expect, America’s foremost billionaires make enough in a single hour for most of us to retire on. At the top of the pile are Jeff Bezos, Mark Zuckerberg, and Alice Walton, each of whom makes over US$1 million an hour. Bezos, in particular, earns an astounding US$4,474,885 per hour. According to Business Insider, that’s 157 times the median annual pay for a typical Amazon worker. Yikes.

Just outside of the millionaire-per-hour club is Warren Buffet, who makes US$958,904 every hour of every day. Following him (in order) are tech magnates Larry Page, Elon Musk, Bill Gates, and Jack Dorsey. At the bottom of the billionaire list is Meg Whitman, former CEO of Hewlett Packard Enterprise, who makes US$102,739 per hour.

On the celebrity front, actor/producer/director/goodwill ambassador George Clooney raked in the most cash, earning US$27,283 per hour. Trailing close behind him is Kylie Jenner, who makes US$19,006 per hour. Indeed, Jenner currently sits atop a cosmetics empire, hence it’s no surprise that she makes the median US salary (according to the Bureau of Labor Statistics) every 2.38 hours. After Jenner there comes The Rock, who smacks down US$14,155 every single hour.

Meanwhile, celebrities like Ellen DeGeneres, LeBron James, Taylor Swift, and Beyoncé, take in just four figures every 60 minutes, which seems almost impoverished when compared to someone like Bezos. Compared to average citizens, on the other hand, it’s still a fortune. Poor Beyoncé sits at the bottom of the list, with hourly earnings of US$6,849.

Just remember, however, that these tallies are based on the number of hours in a year, as opposed to the number of hours one might work. In other words, should you calculate Beyoncé’s earnings per hour based on a 40-hour work week, then her numbers soar much higher. Hopefully, that makes her feel better. We wouldn’t want her suffering from some sort of inferiority complex, after all.

As for the rest of us, we can take solace in the fact that people like Bezos and Zuckerberg have the weight of the world on their shoulders. Meanwhile, celebrities like Clooney and Swift can’t stop for a cheeseburger without being treated like zoo animals. In that regard, the meteoric earnings seem appropriate. Well, maybe Bezos’ US$4 million+ an hour still seems high. Okay, it’s outrageous, but the man does build rockets in his spare time. 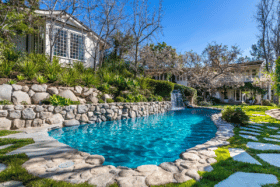