When you’ve experienced everything Sydney has to offer on its surface, then why not crank it up a notch to an edge-of-your-seat extravaganza from above? For some time now, helicopter tours have been the splash for people who’ve become jaded with the creature comforts. Because what better way is there than to cover more ground in such a short time? From its glorious Bridge to its iconic Opera House, paradisiacal beaches to sensational architecture all be viewed from above. Feast your eyes on the best helicopter tours in Sydney. 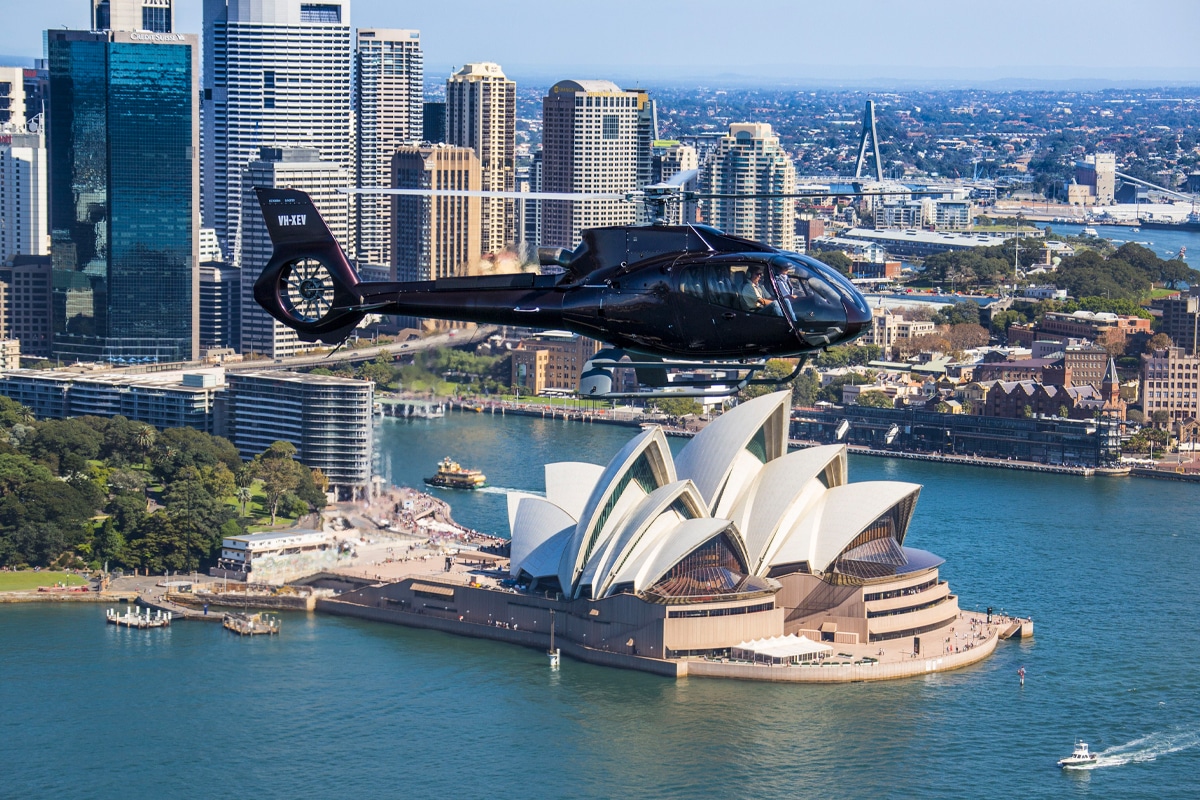 The Sydney Harbour Helitour is the most sensational helicopter outing on offer. Make yourself comfortable before take-off and listen to your pilot’s commentary while taking in the panoramic views of the Sydney skyline, Pacific Ocean and the City’s landmarks. The flight will give you surreal sights of the Sydney Opera House, Sydney Harbour Bridge, Coogee, Taronga Zoo, and the famous coastline beaches of  Bondi Beach & Manly Cove. 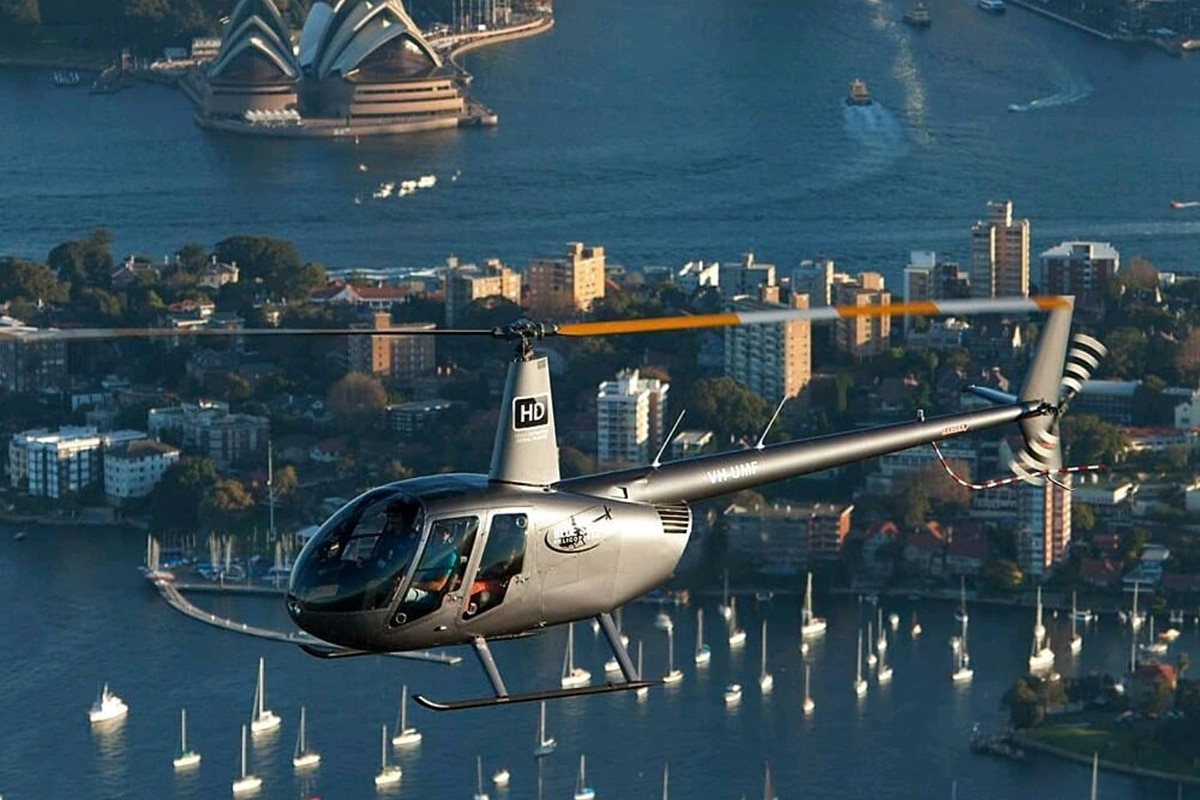 Unlike other helicopter tours, Blue Sky’s Private Helicopter Flight gives you a chance to discover all of Sydney’s spectacular landmarks in group form. During a thrilling 30-minute helicopter flight, that kicks off from Mascot Airport and spans over Sydney’s striking Harbour, a whirlwind of scenes of the Harbour Bridge, Opera House, Fort Denison, Watson’s Bay, Taronga Zoo and Bondi Beach will be tasted. 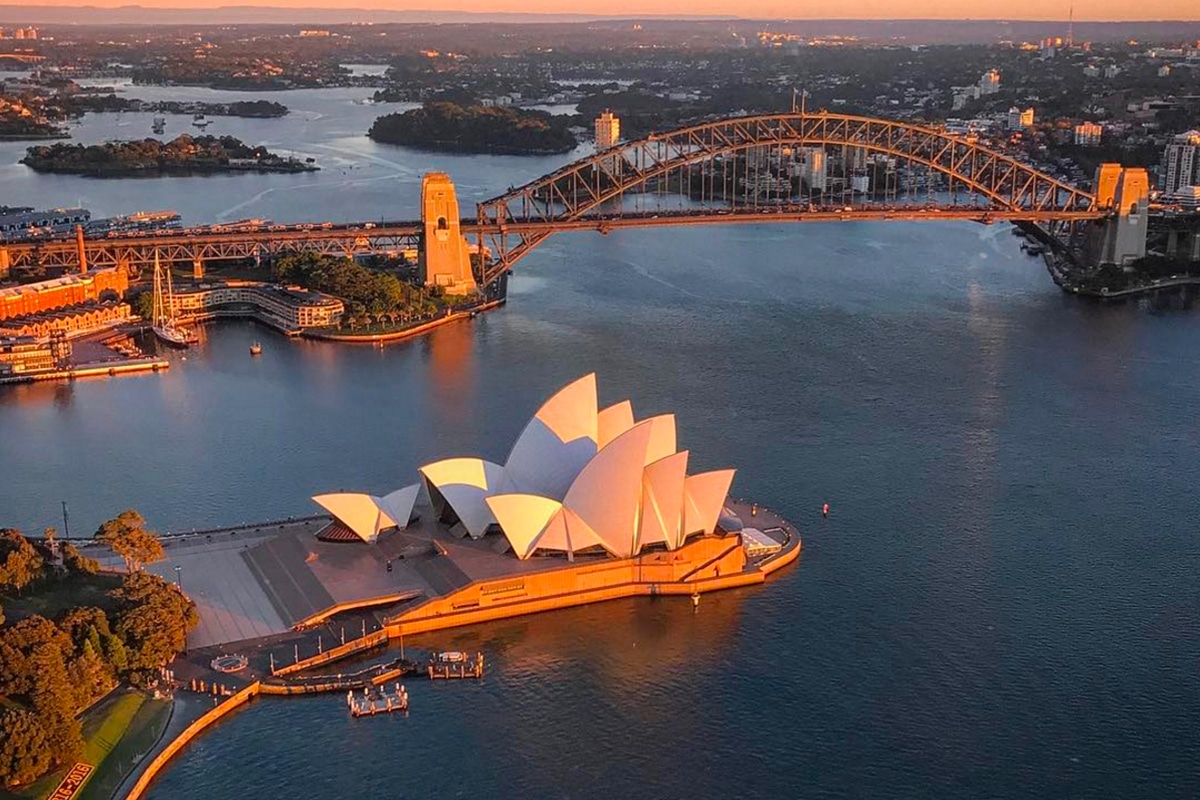 If you’re looking for a romantic couples tour, then there’s no need to scour the net any further, the Blue Sky’s Private Sunset Tour should do the trick. This tour is also perfect for those seeking to celebrate a special occasion in style. The flight takes off at dusk to give you the exquisite birds-eye of Sydney as the city lights begin to dazzle and covers the Harbour Bridge, Opera House, Middle Harbour and all the way down to Manly, Freshwater, Curl Curl, Bondi, Bronte, Coogee and Maroubra. 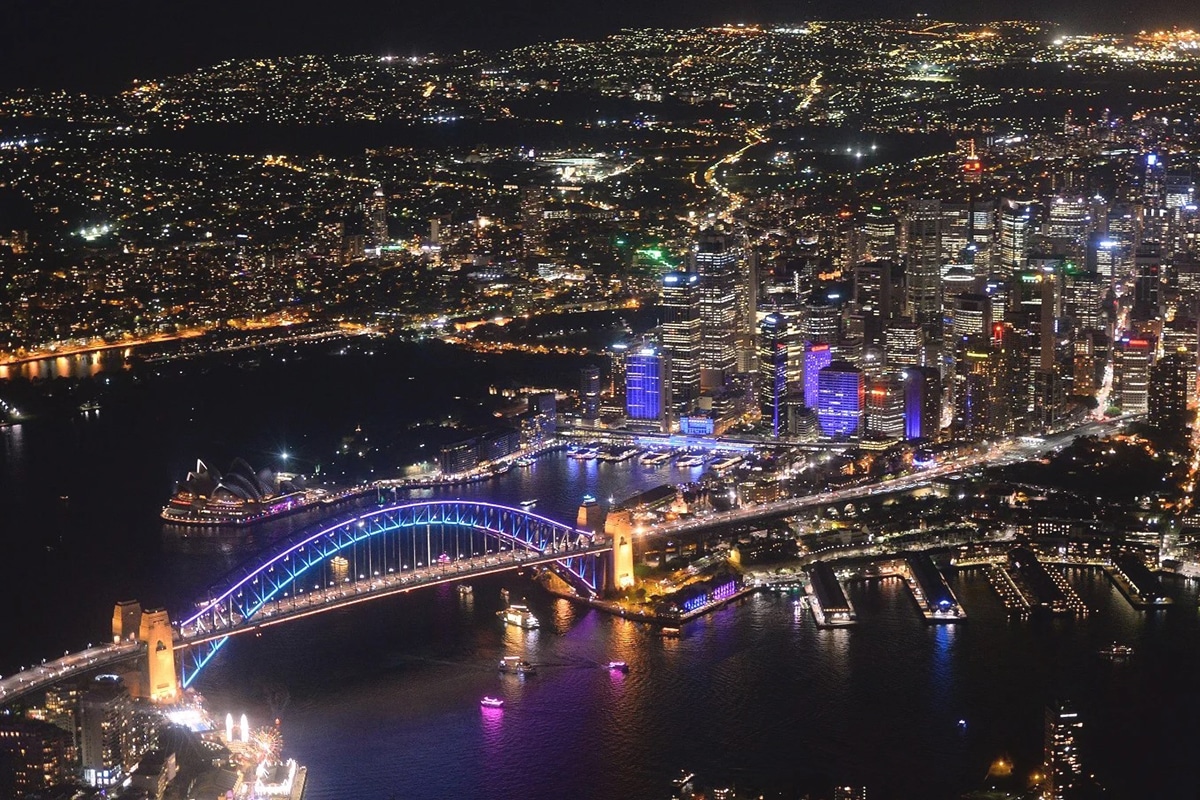 When you’ve been to every pub, walked up and down the main streets, seen and experienced all that the CBD has to offer after dark, what else is there left to do? Well here’s a thrilling alternative for you — the Fly By Night Helitour. Akin to Aladdin’s night trip with Princess Jasmine — magical — this exclusive 25-minute flight showcases the Opera House, Harbour Bridge, Coogee and the illustrious Eastern coastline beaches of Bondi & Manly Cove when the lights aren’t out. 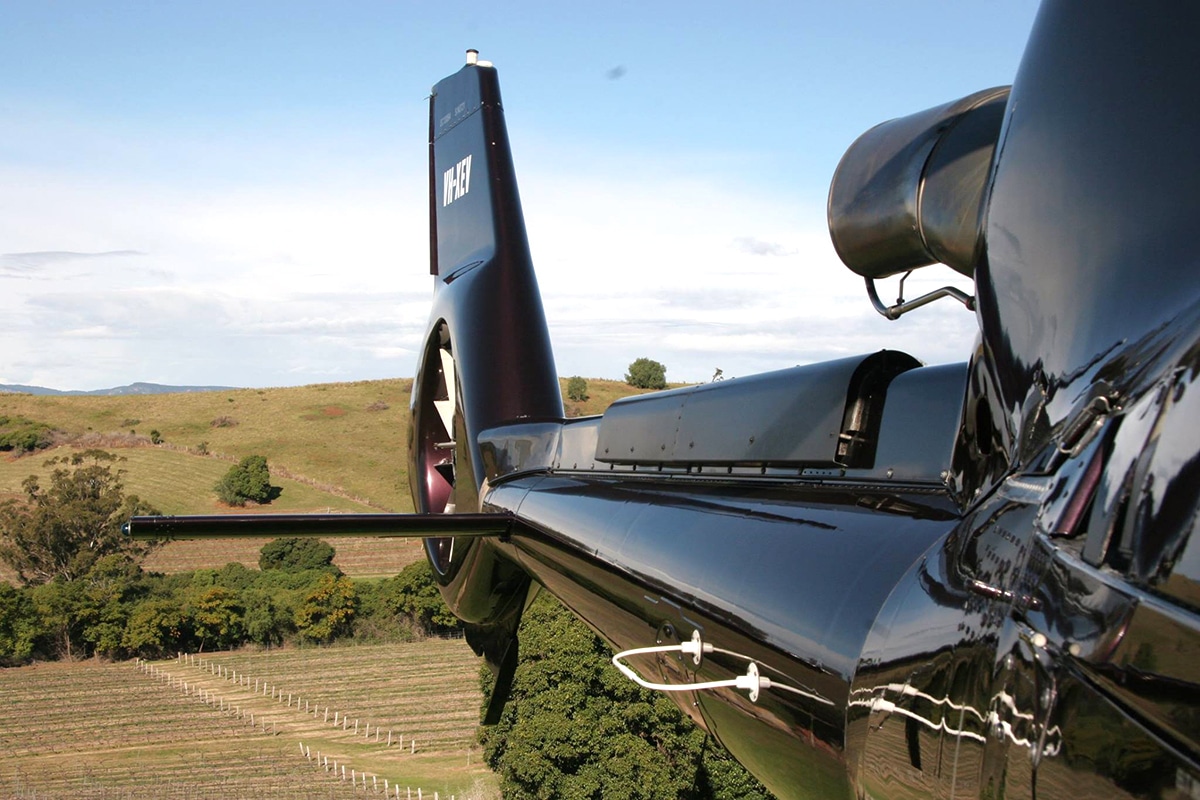 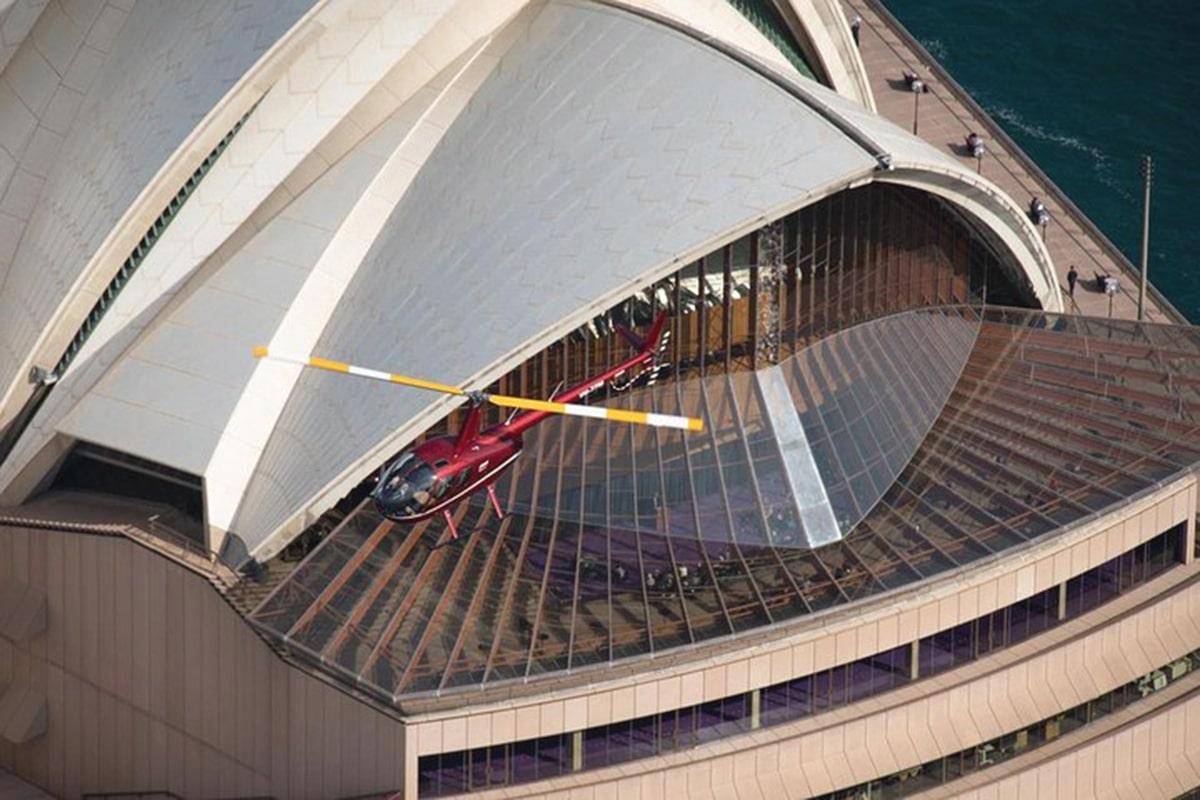 Sydney Harbour & Olympic Park Tour is the most affordable helicopter tour from the slew of this list. On this 30-minute trip, the pilot will guide your helicopter towards the yacht-filled waters of the Harbour, as you look down at the traffic crawling along the Bridge and then onwards to Sydney Harbour giving you a scenic outlook of the Harbour Bridge, suburbia, Sydney Olympic and a bit of what stretches further afield. 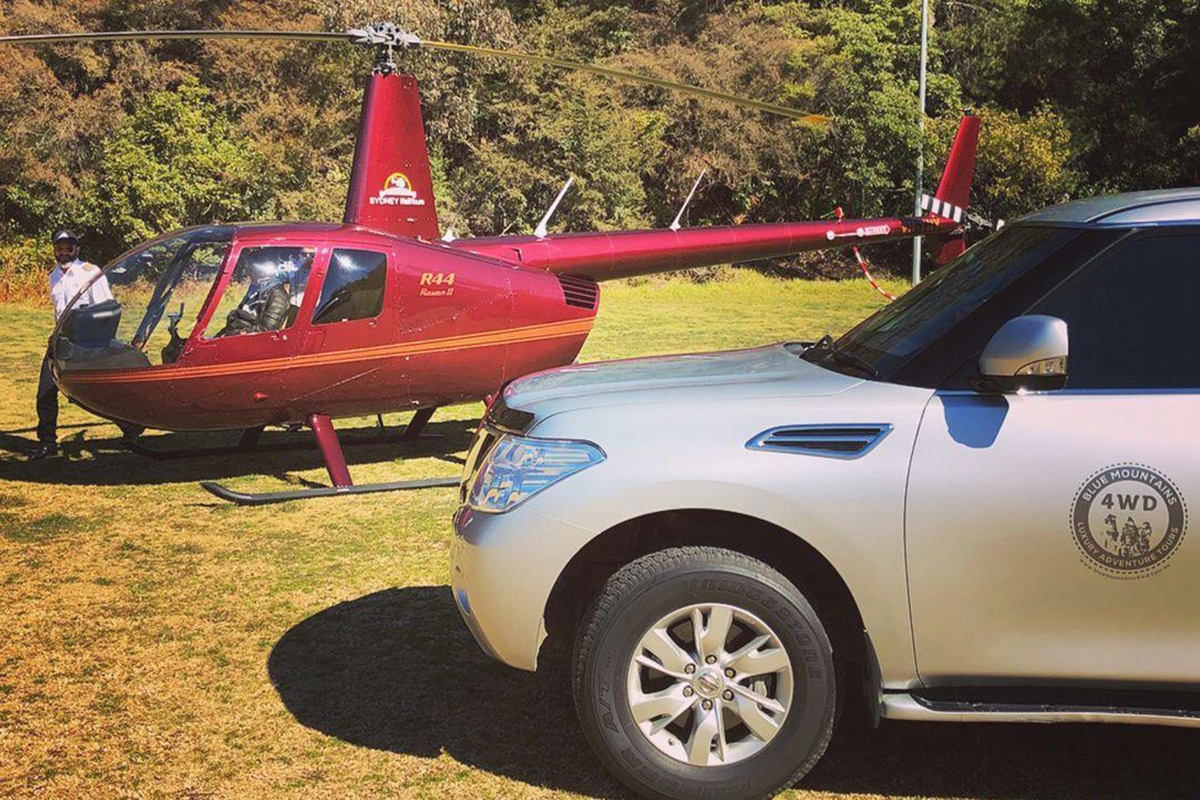 For a tour that extends to 6 hours helitour, boasting a gourmet lunch, refreshments before and after the flight and features a 4WD guided tour once at the Blue Mountains. You bet yourself the Blue Mountains Helitour is one of the top contenders on this list. The tour takes wing in Mascot, journey’s atop of the Sydney Harbour, letting you take in everything the city and its encompassing coastline have to offer before making way to the chiselled cliffs of the Blue Mountains. 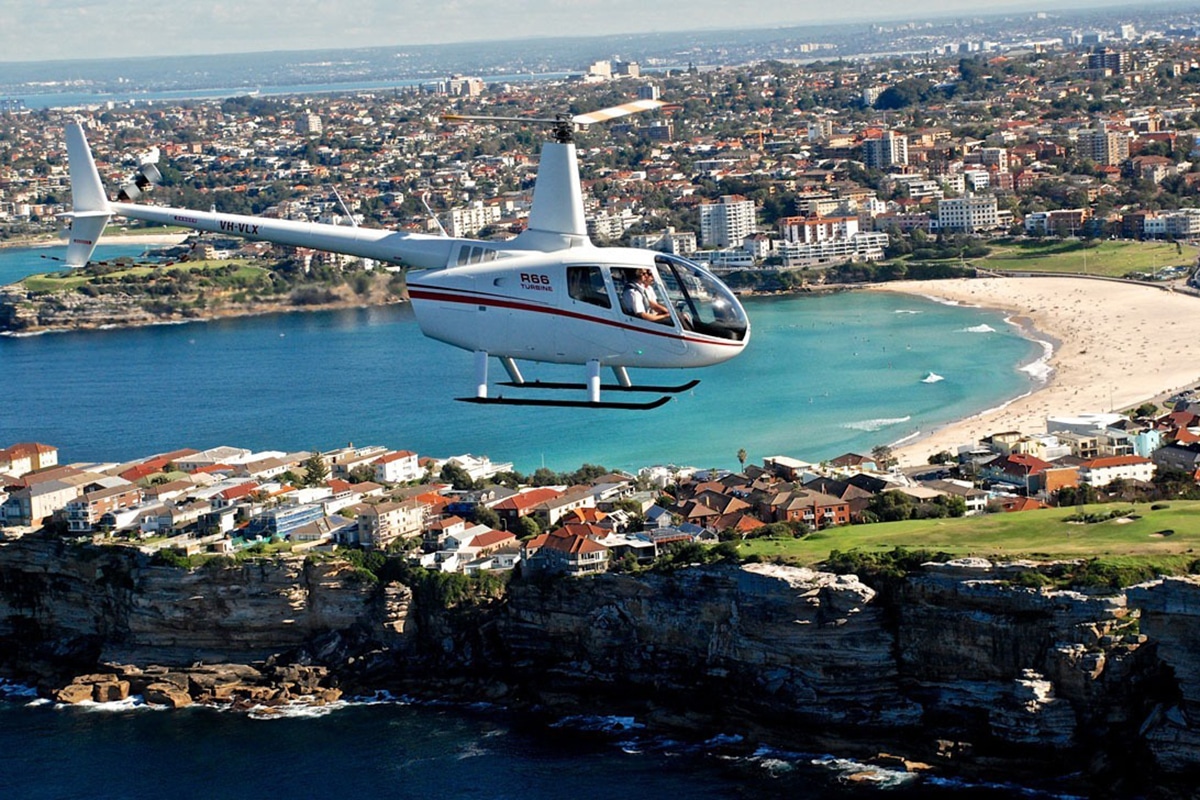 The final (and still favourable) of the tours is the Sydney Beaches Helitour. During the 30-minute ride, you’ll capture the Harbour Bridge, Opera House, Fort Denison, Watson’s Bay, Taronga Zoo, Coogee and the famous Eastern coastline beaches of  Bondi, Manly, Bronte, Coogee and Maroubra. And unlike the other Helitours, this tour hones in on the seascape; giving you a proper taste of the City’s glorious eastern beaches.

What's the best helicopter ride over Sydney for 2?

The Blue Sky Helicopter private helicopter ride is the best for 2 in Sydney. The ride lasts for 30-mins and covers most of Sydney Harbour and its surrounding beaches. Tickets start at $865 per group.

What's the price of a helicopter ride over Sydney?