The future of electric mobility once looked like the BMW i3 and Mitsubishi i-MiEV more than it did the Hummer EV. Small, nimble, and very efficient modes of transport that could shift a driver from a coffee shop to an office minus the fuel, emissions, and angst of angling a gargantuan SUV into the smallest of parking spaces.

As sales of SUVs skyrocketed across the globe, that idea vanished. Range became an electric vehicle’s biggest barrier to entry and the idea of squeezing the largest battery in the biggest car became the norm. Buyers asked for larger cars and it just so happened that they provided the space for bigger batteries, however, a 4-tonne SUV with a giant lithium battery pack hardly screams ‘environmentally conscience’ and when you compare it to those that came before, say the BMW i3, it almost looks like we’ve gone back a step.

That being said, there are a few cars on the road today that are looking to change that narrative and remind us why those ‘small EVs’ of the past were truly ahead of their time. The 2022 Mini Electric Hatch is one of them.

Related: Check out how Mini Recharges a Classic With Paul Smith 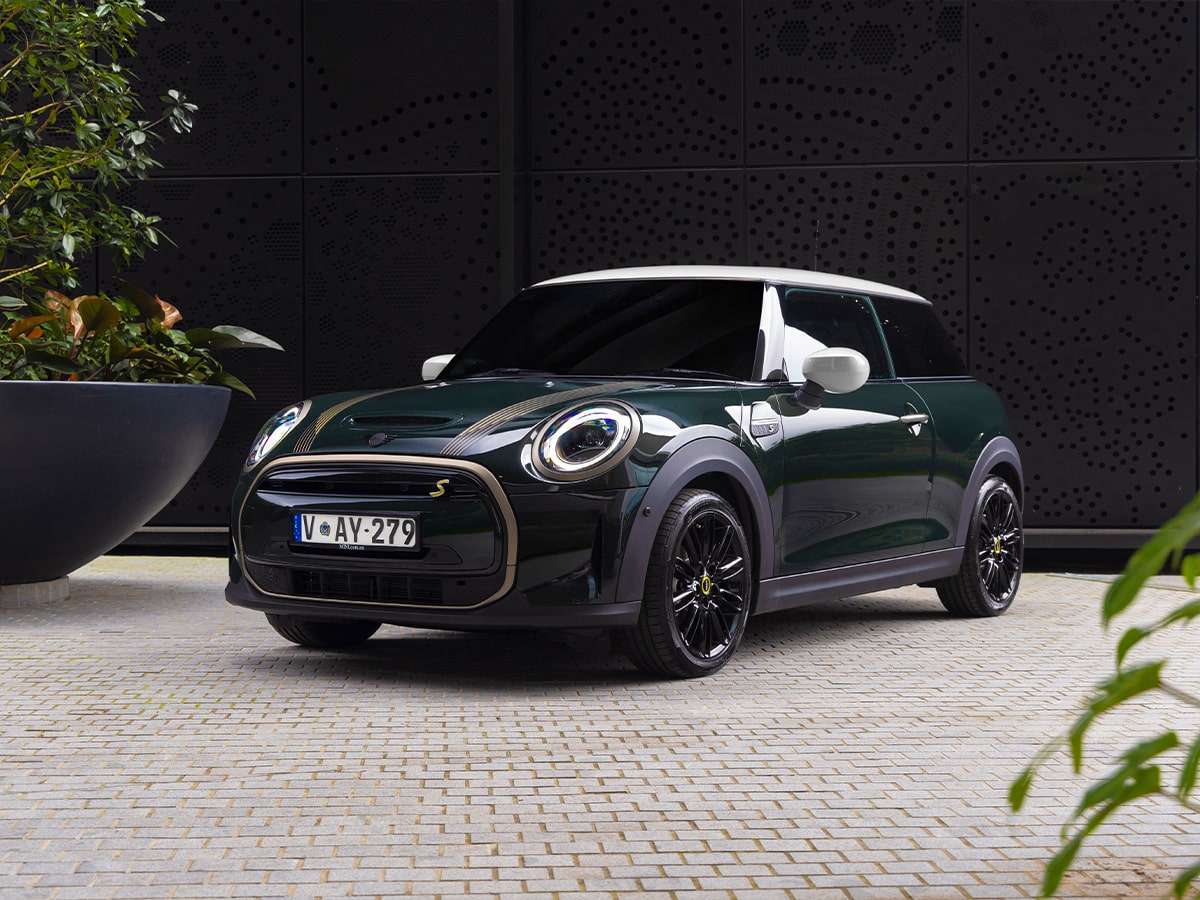 2022 Mini Electric Hatch at a Glance

Drawing from its heritage to serve us one of the only ‘small EVs’ available on the Australian market, Mini Electric Hatch embodies everything that Mini has stood for over the last 60 years. We’ll avoid turning history teacher here but the original Morris-Minis was designed and built with the aim of building a “practical, fuel-efficient people’s car” in response to fuel rationing after World War II. And while we’re not thinking that extreme in 2022, rising fuel prices are sure to raise a few eyeballs in favour of the Mini once again.

We were lucky enough to attend the Australian launch of the 2022 Mini Electric Hatch and go on a tour of Sydney’s best sustainable spots to explore the features of the Mini EV and find out why Mini’s electrified range made up 18 per cent of worldwide sales in 2021. 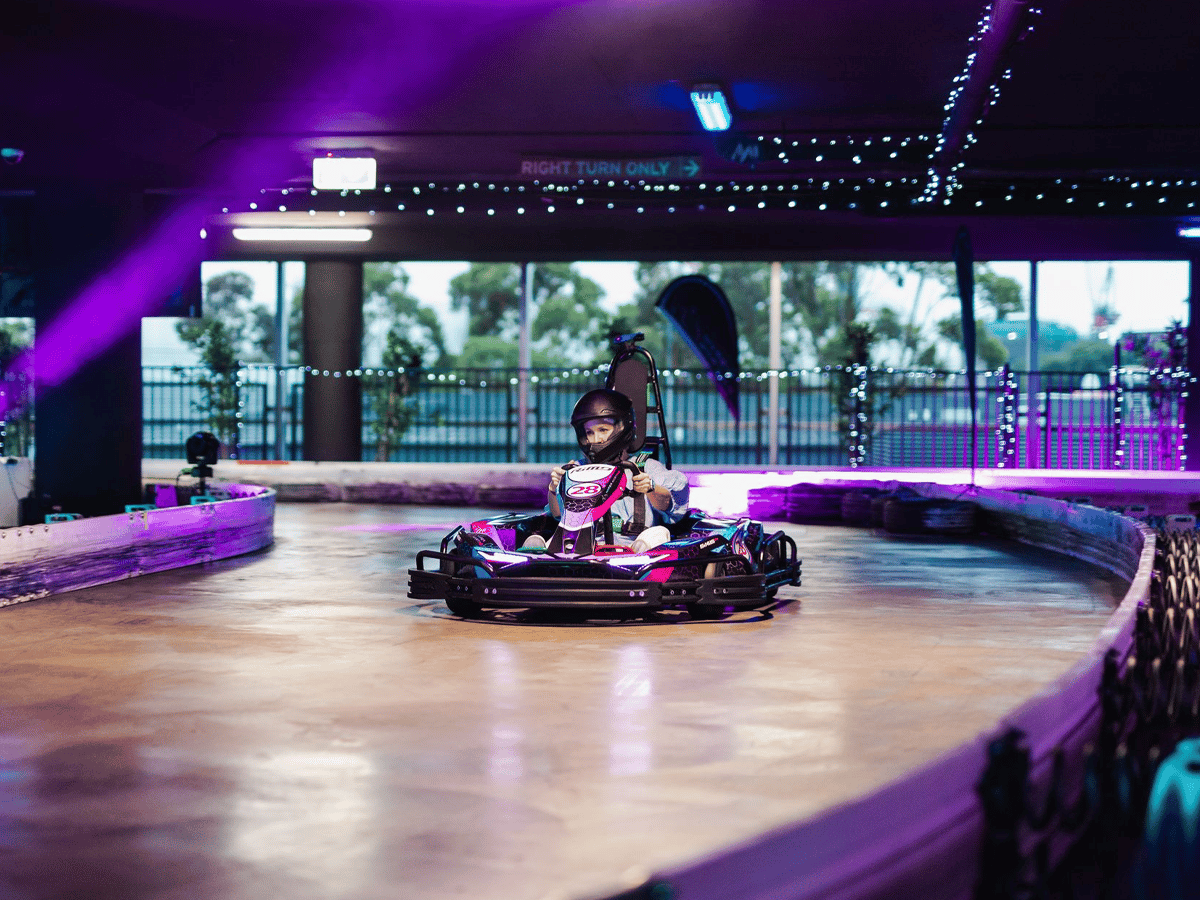 We kicked things off at QT Sydney where our Mini’s were waiting for us in an alleyway in full ‘Italian Job’ style. Our first impressions of the cabin were great, no futuristic nonsense that we’ve come to expect from modern EVs (except for a start-up sound that we could probably do without). The interior will instantly remind anyone of a modern Mini with the centrally mounted 8.8-inch touchscreen infotainment system surrounded by the round LED-lit housing whose lights interact with various dials such as the sound control. It’s fun, a little quirky, but very well made with a great ‘glasshouse’ effect that aids with visibility.

The digital driver display that debuted in the pre-facelift Mini Electric remains for the current model year and updates the interior to levels you’d expect in 2022. We’ll mention that the graphics aren’t the highest resolution we’ve seen, however, the overall size is great and the included heads-up display takes care of directions. On the left-hand side of the driver’s display, you’ll find your ‘E-Power’ level that displays as a percentage of throttle being used. It helps maximise range well and is something to keep your eye on based on the 2022 Mini Electric Hatch range of just 233km (WLTP).

Making an indirect route to Hyperkarting in Moore Park – a perennial destination for the Man of Many team, and the top of our list of best go-karting in Sydney – we juggled the back streets of Sydney’s Eastern Suburbs (that seem to be stuck in permanent peak hour) before making our way up the parking complex at Moore Park to Hyperkarting. 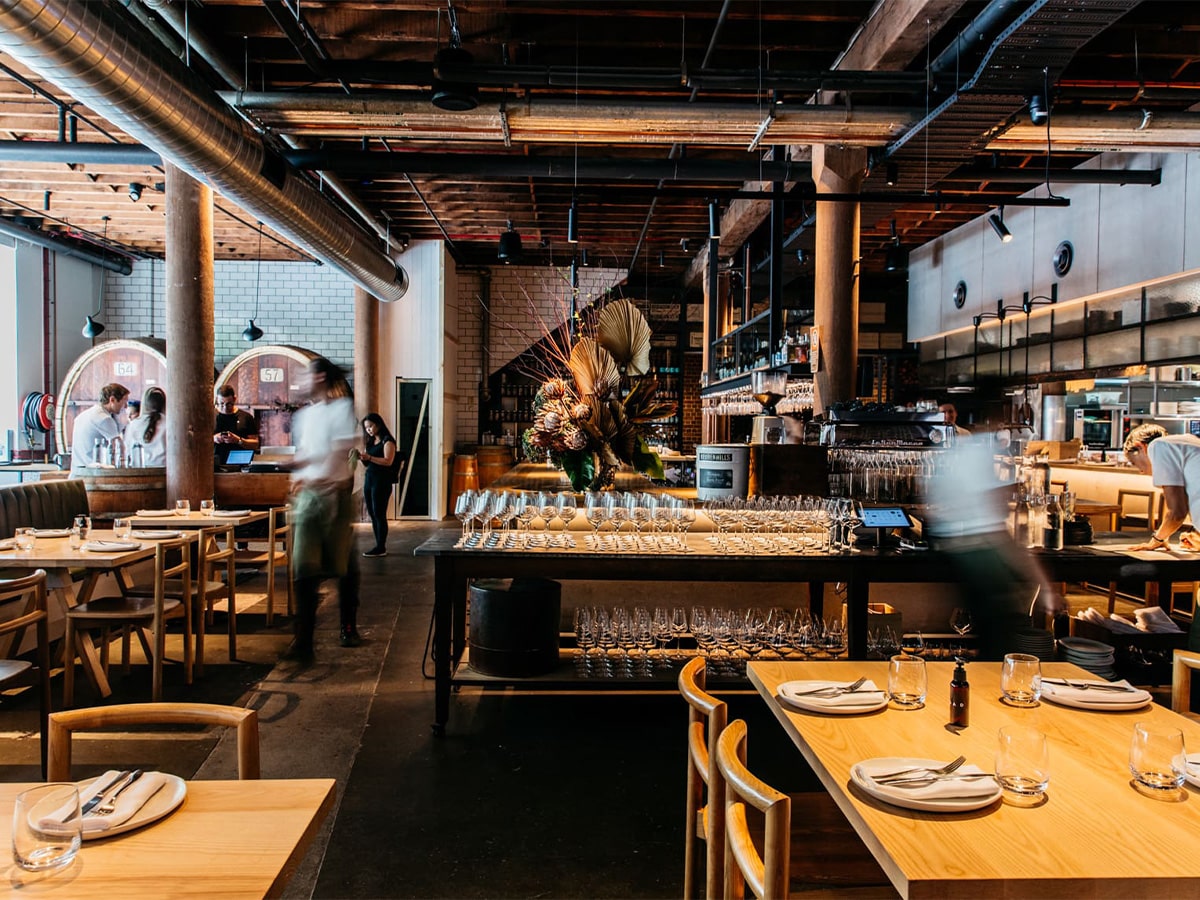 What’s the Mini Electric Like to Drive, and NOMAD

After a session at Hyperkarting, we began our journey towards NOMAD in Surry Hills. Taking another indirect route across the Sydney Harbour Bridge meant we could stretch the Mini Electric Hatch’s legs a little at speeds of more than 40km/h as well as explore the backstreets of Wollstonecraft and North Sydney.

Two driving modes are available, a pseudo ‘One Pedal’ mode that’s set by default to maximise regenerative braking, and a coasting mode that operates like a conventional internal combustion engined car. We much prefer the ‘One Pedal’ drive so we left the switch where it is and set off on our journey.

We found the 2022 Mini Electric Hatch to be zippy and nimble, not too dissimilar to an internal combustion-engined Cooper S, but with the instant torque of an EV. While the power is down on the Cooper S at only 135kW compared to 141kW, the torque is almost identical and combine that with the ‘EV sensation’ and it’s great fun. Perfect for pulling out of those tight two-lane side streets commonplace in Sydney CBD and surrounding suburbs but also enough for longer hauls on the highway.

Steering is sharp, quick, and responsive and the ride quality is exactly what you’d expect from a nimble three-door hatchback. You do miss out on the adaptive dampers fitted on high-grade Cooper S models and JCW cars, and as such, it can crash a little of sharper-edged Sydney potholes but it’s a pleasant ride overall and something we’d be happy to daily drive. Dual-pane glass as found in other BMW models would make a world of difference as the cabin can be a little noisy even with the lack of engine, once again, not a deal breaker.

NOMAD is a Mediterranean restaurant tucked away in Surry Hills that has a strong focus on reducing its carbon footprint by sourcing produce that’s sourced as close as possible to Surry Hills. Embodying a paddock-to-plate philosophy, highlights of the menu included the Spiced fava bean hummus, Lamb neck pie with golden raisin and caper salsa, and Olive oil ice cream sandwich with halva, pistachio, and honey. 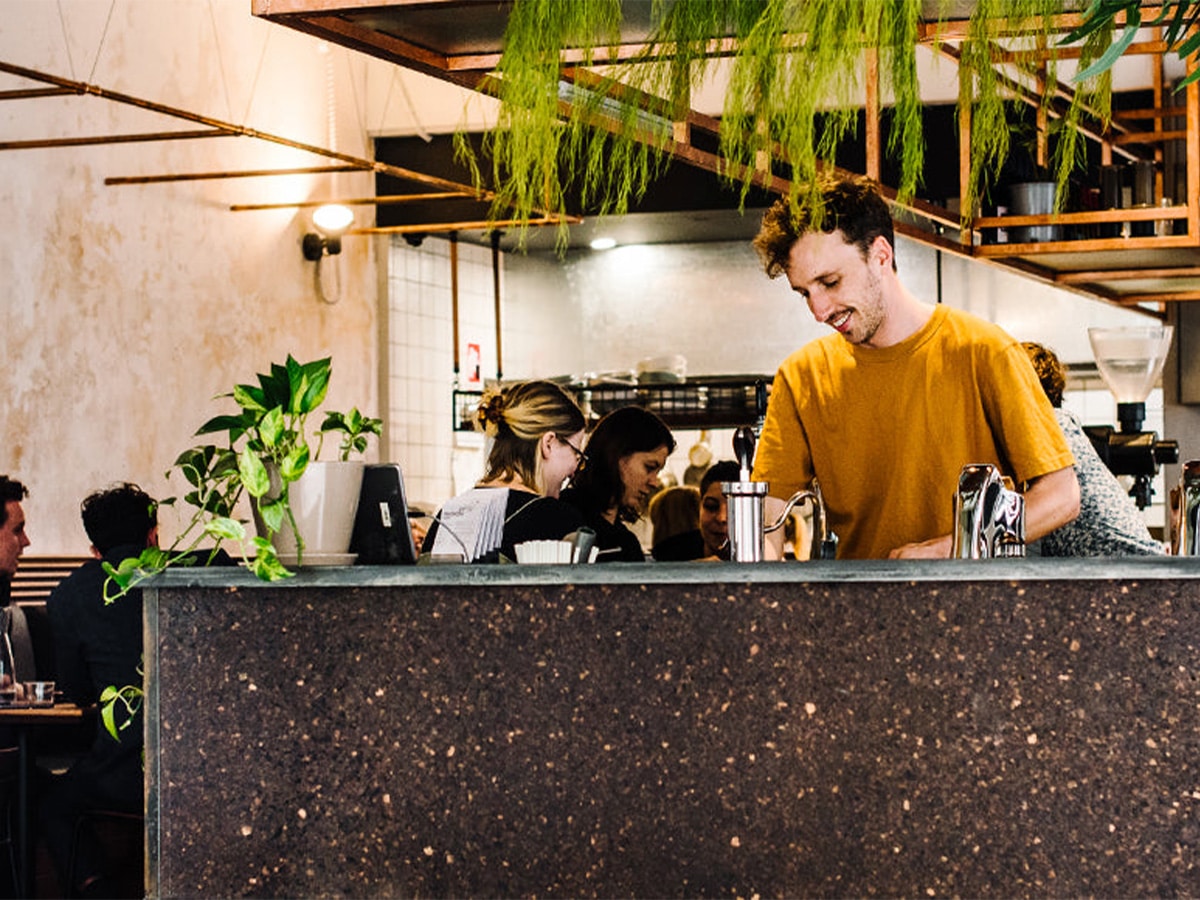 Our day concluded at a sustainable coffee maker, Single O Coffee, in Surry Hills. Here we had a chance to sample a few coffees and draw together some thoughts on the 2022 Mini Electric Hatch. In short, you’d think that the range of around 200km would be enough to drive away a number of would-be customers who are looking to travel longer distances, but that’s simply not in the ethos of the car. It’s unashamed in its range, it knows how often you’ll really be travelling more than 200km in a day, and it ticks all the boxes without addressing any of the ‘what ifs’.

The Mini Electric Hatch is fundamentally designed from the ground up to be a city car for those who travel short distances. It carries the legacy of the BMW i3 (literally) and does so with genuine roots that date back to its heritage. Of course, there are options at this price point that offer more range, but with a 7.4kW AC charger at home, you’ll be topped up in around 3-hours. There’s a world where you could almost get away with charging the car out of a basic power socket daily if your commute is less than 40km. Get stuck for range and a DC charger will top up the Mini Electric Hatch from 10-80% in around 36 minutes.

Check it out Sustainability 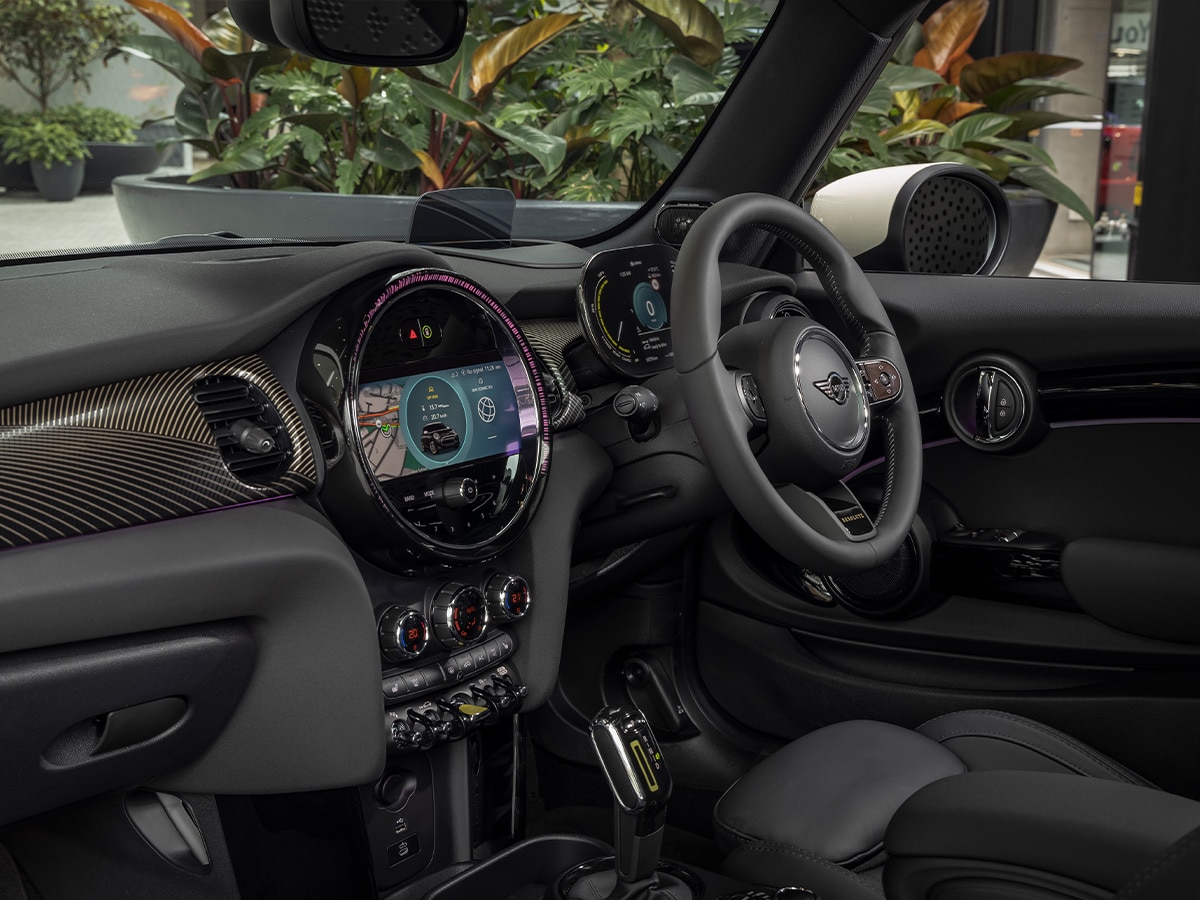 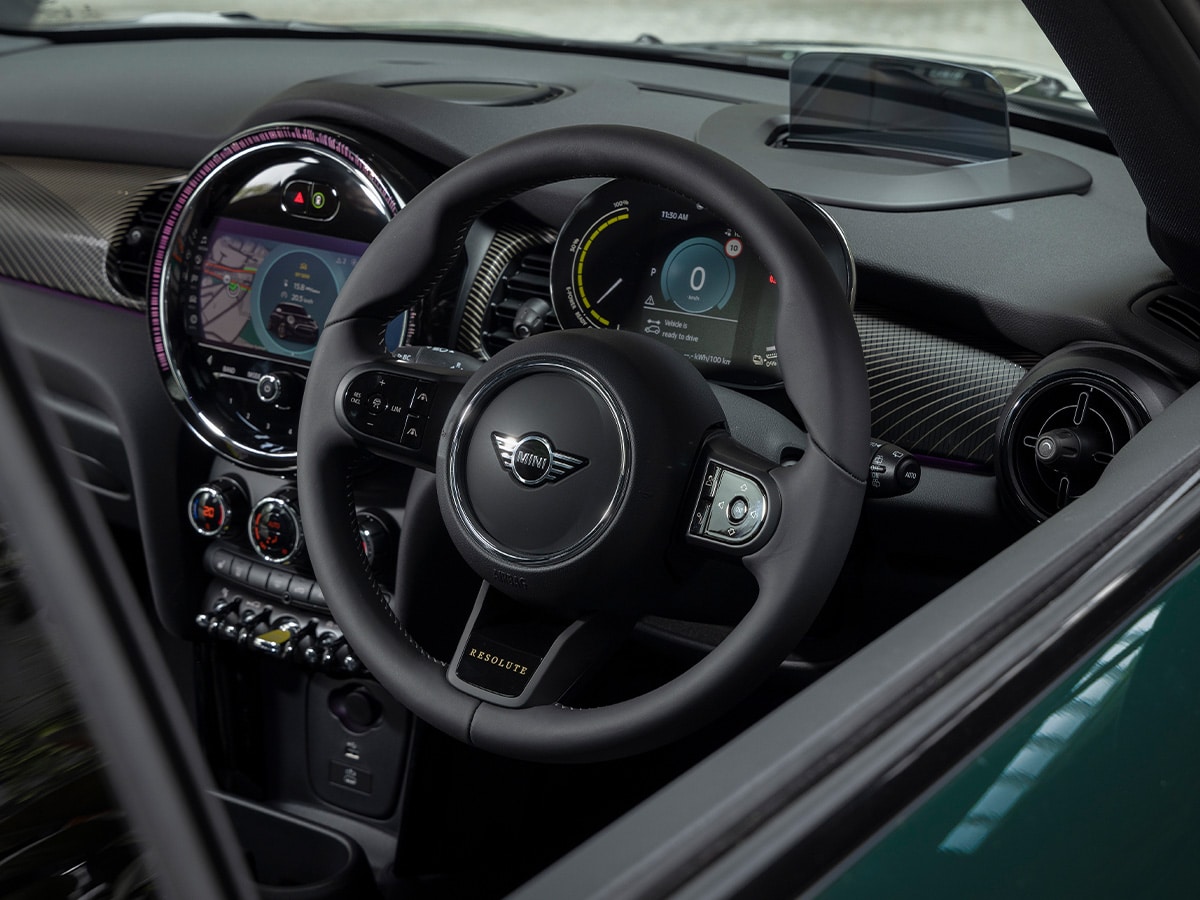 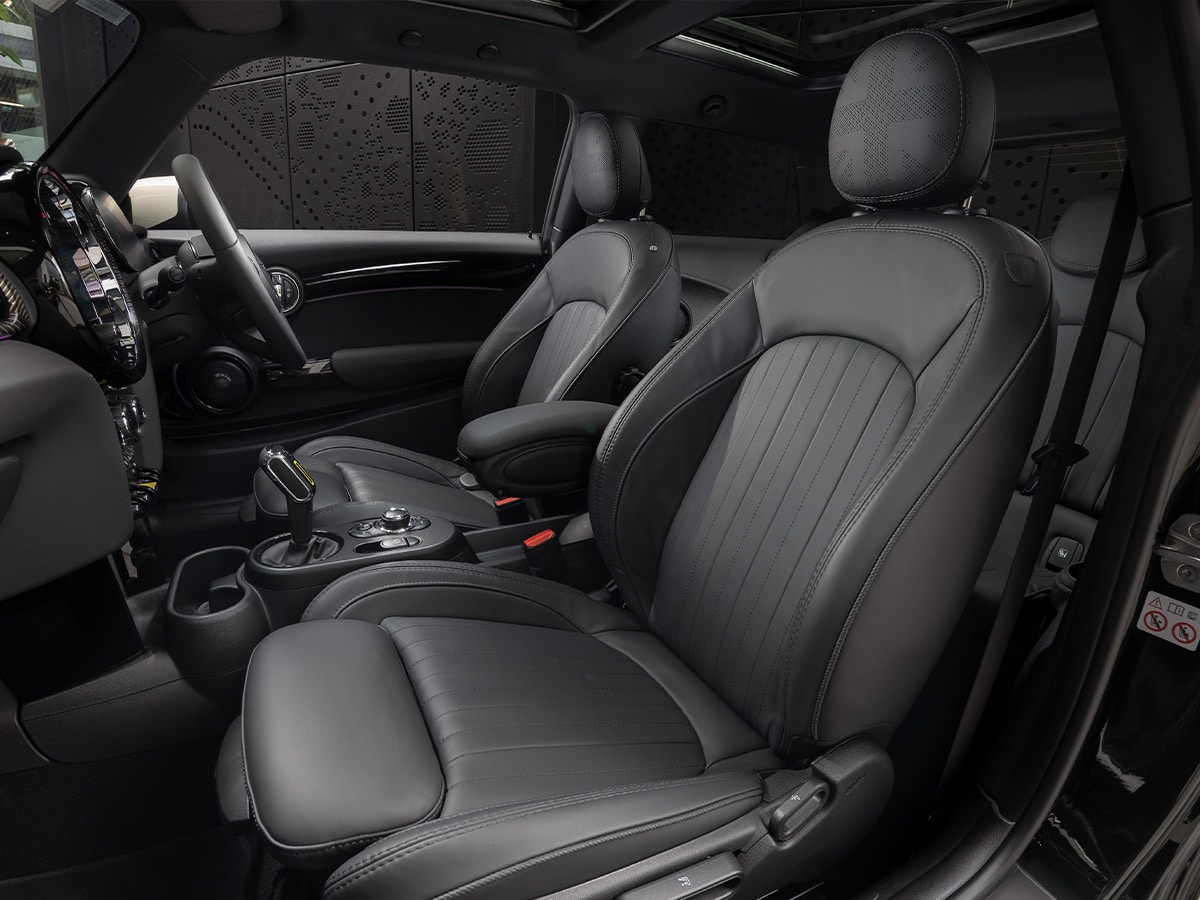 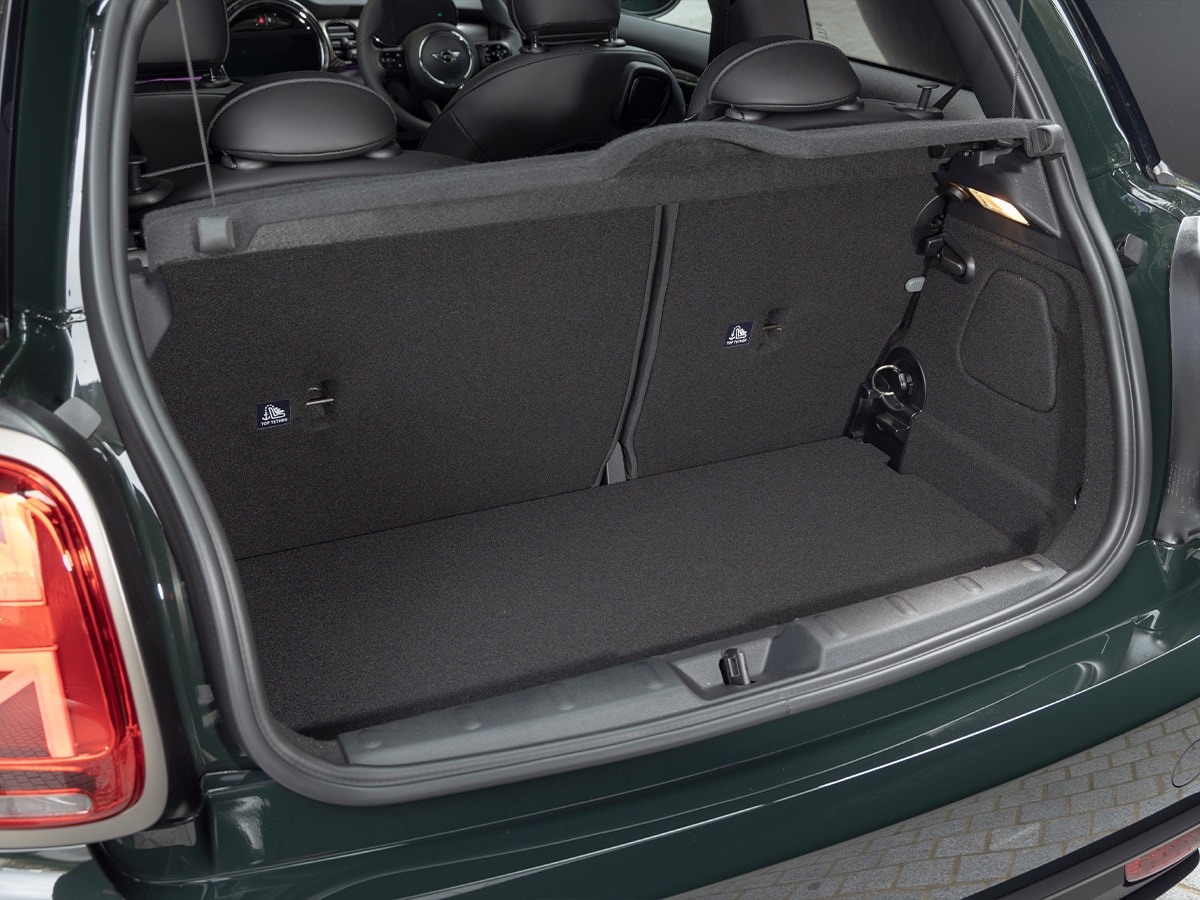 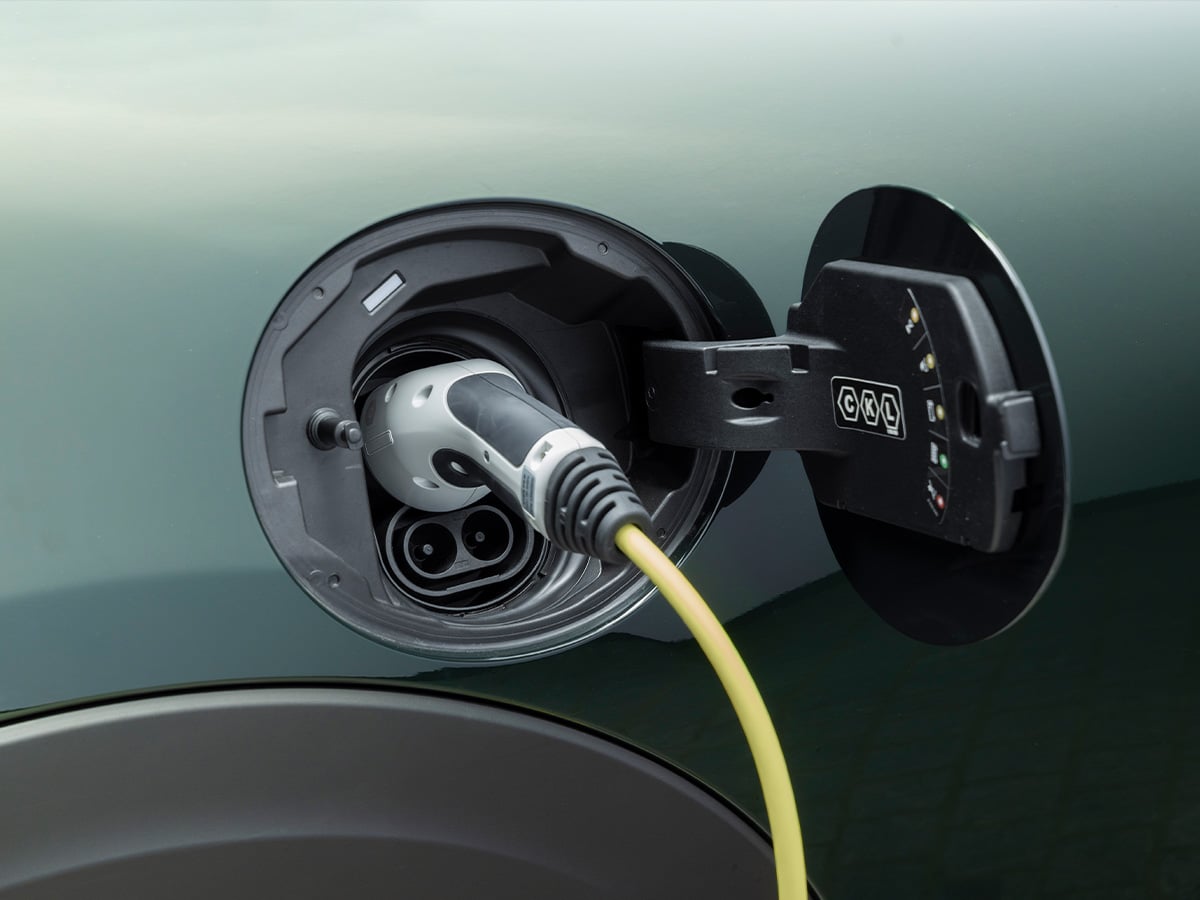 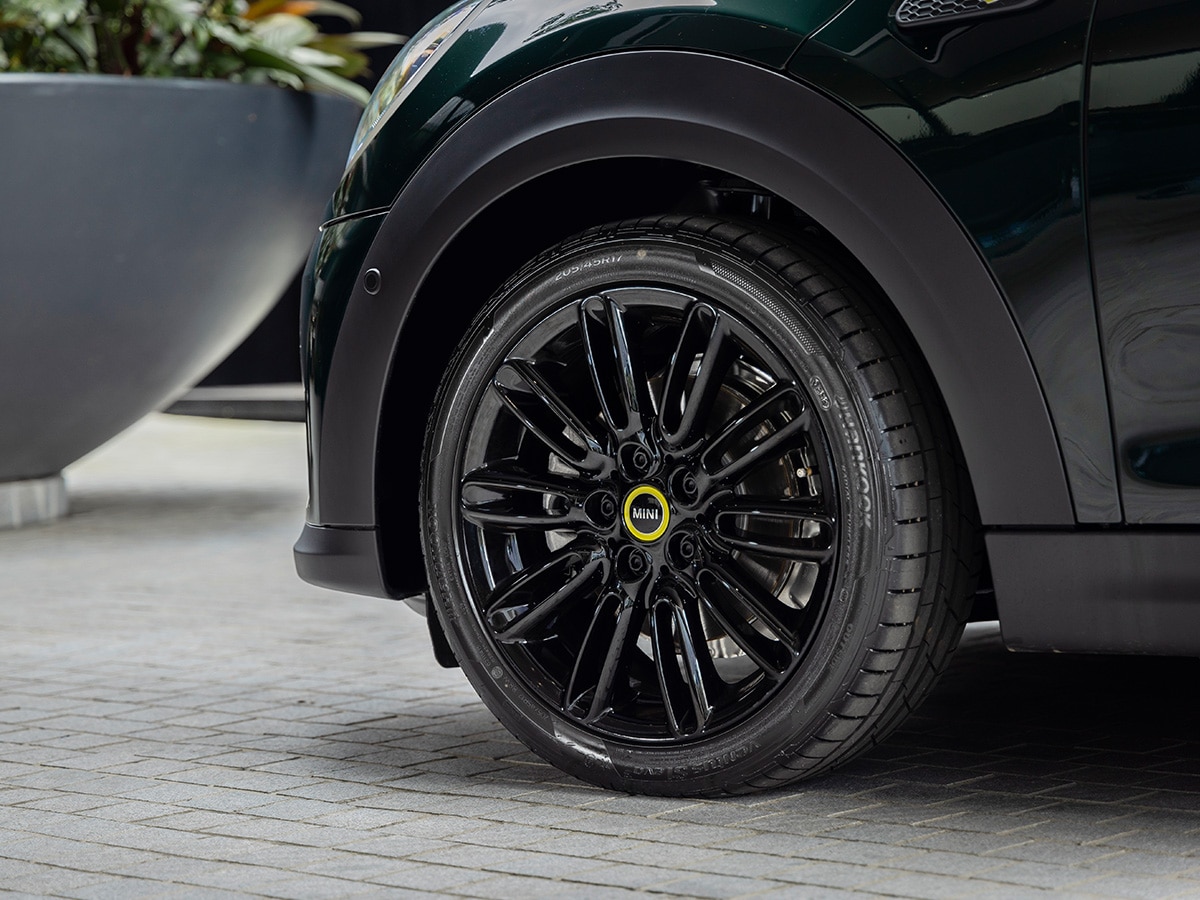 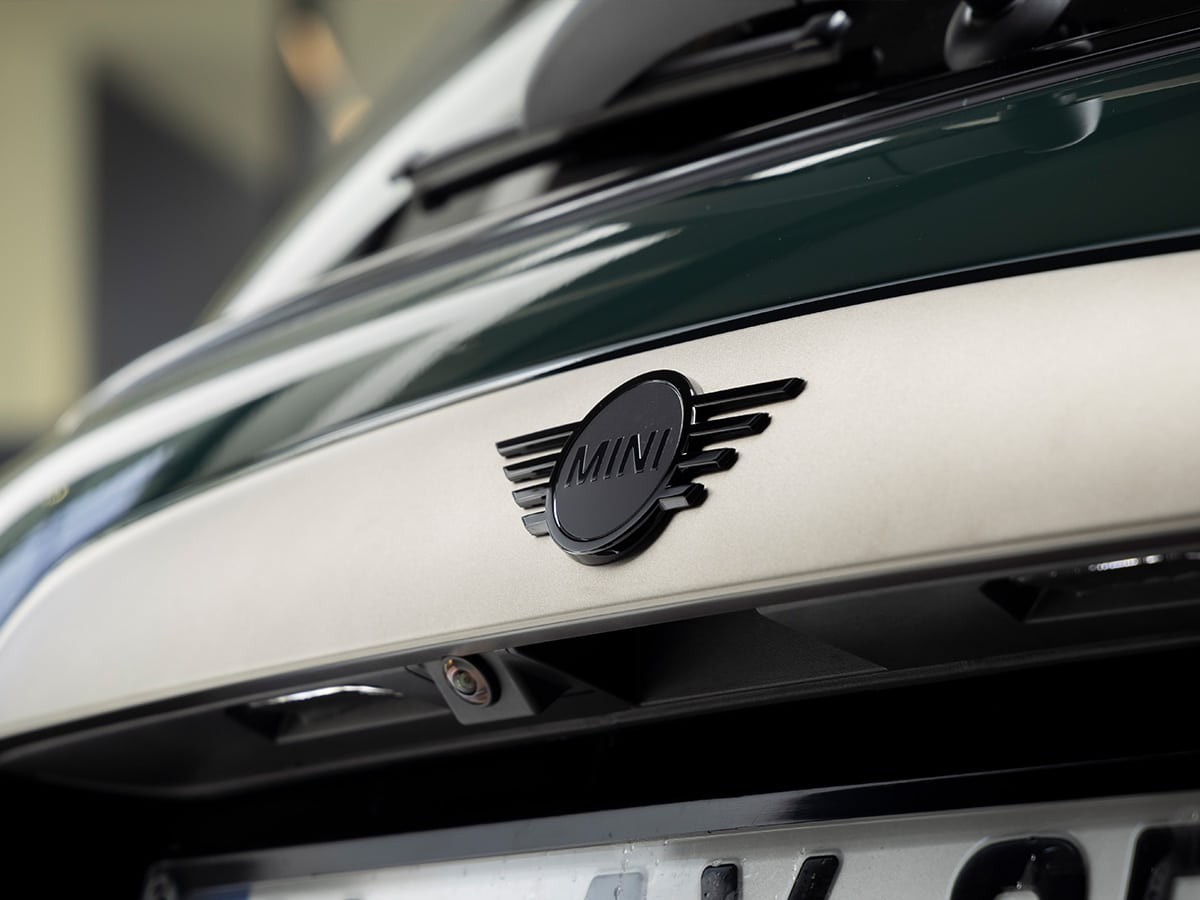 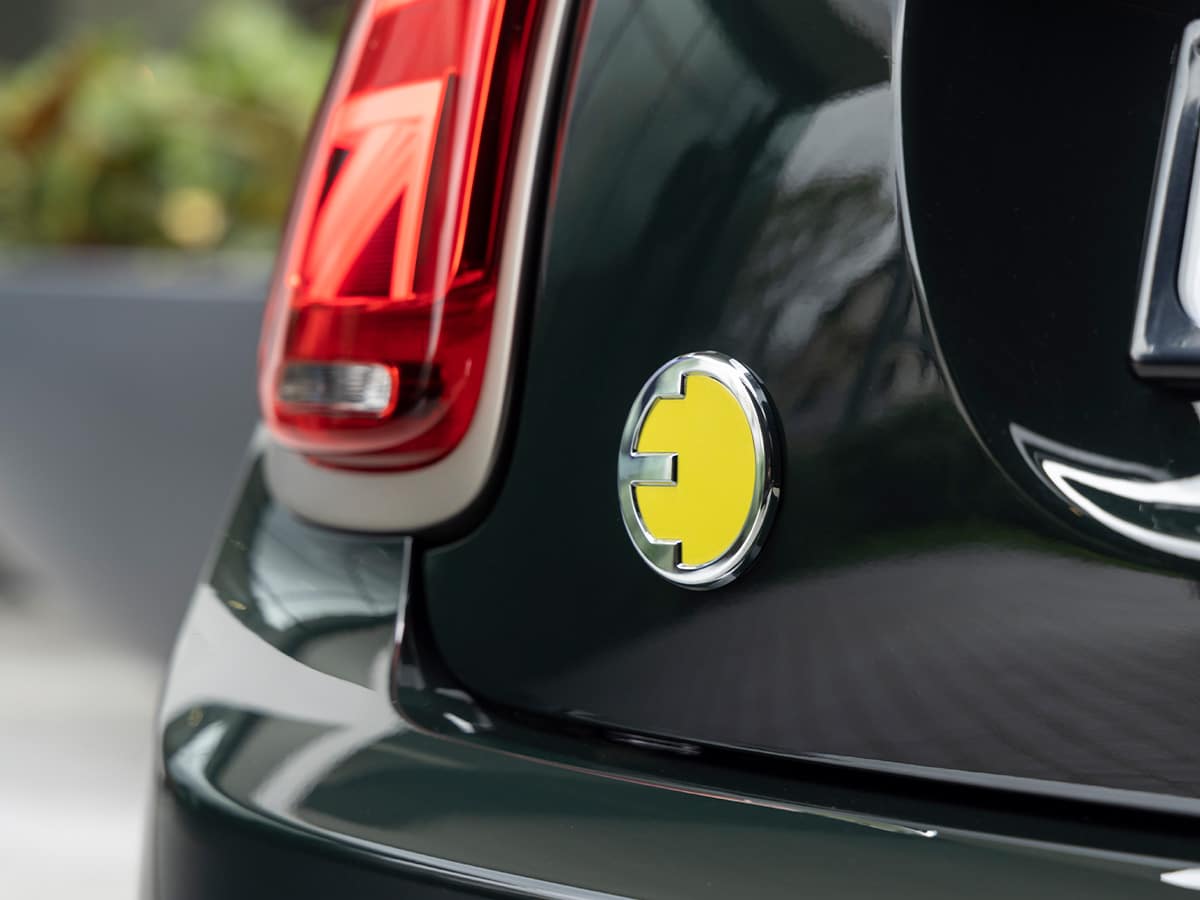