There aren’t too many car manufacturers that can boast the achievements or Porsche. 70 years of car manufacturing is an accomplishment in itself, but 70 years of producing class leading sports cars is it’s own cult-inducing Triumph. Ferdinand Porsche released the 356 Roadster in 1948 and it’s been icon after icon ever since. 550 Spyder, 911, 959, 918… it doesn’t matter which way you look at it, the Stuttgart stables have designed some of the most desirable vehicles ever produced and it has no intention of slowing down. Porsche Australia decided they would celebrate this milestone in style with the launch of the all-new Porsche Cayenne in the Barossa Valley. And as I’m a fan of both Porsche’s and 70th birthdays, it was an invitation I couldn’t pass up.

With all three models in attendance (Cayenne, Cayenne S and Cayenne Turbo) it was clear I was observing the best-looking squad in the Cayenne’s brief 16-year history. The 2018 Cayenne is the third generation of Porsche’s popular luxury SUV and whilst it looks similar to its predecessors, every part of the new model has been designed from scratch. The silhouette it longer, wider and lower than before, giving the new Cayenne a rock-solid stance with athletic contours. The honed lines of the roof taper back handsomely and the slanted c pillar further accentuate the visual implication of a car that wants to push. Overall, the Cayenne has a more muscular presence and there seems to be a cohesion that wasn’t found in previous shapes.

My first drive of the day was in the Cayenne S. Powered by a 324kW, 550 Nm twin turbo V6, the Cayenne S manages to produce a 0-100 time 5.2 seconds whilst maintaining some very impressive fuel and emissions numbers. It’s quite an unassuming engine through the city, as there is very little turbo lag and the exhaust noise is rather polite. But when it’s time to give it the beans, it comes to life in textbook Porsche style. Inside, you will find the nicest cabin worn by a Cayenne to date. Both front and rear seats are a nice balance of comfort and sport with the added benefit of elevated side bolsters. The interior is practically built around the driver, and is absolutely driver-centric as a result. The cockpit is littered with intuitive and ergonomic controls in close proximity to both steering wheel and shifter. With a full-HD 12-inch touchscreen sitting with the customary Porsche analogue rev counter, you get a nice contrast of old and new displays that are tastefully integrated.

After driving the Cayenne S through some of South Australia’s finest back country, we arrived at the infamous Collingrove hill climb. Owned and operated by the sporting car club of South Australia, the 750m circuit climbs 70m in its short span and is a beast from start to finish. To conquer such a beast, Porsche thought it would be a good time to unleash their own. The Cayenne Turbo contains 404kW of V8 grizzly goodness.  O-100? I hear you ask… that’s’ gone in 4.1 seconds… top speed? 286 km/h… Kahunas? Yep, big ones. But these characteristics play second fiddle to the chassis performance of this (I can’t believe I’m saying this), SUV.  Thanks to a very trick all-wheel drive system and active stabilization, the Turbo just squatted and gripped from apex to apex. The all new electromechanical anti-roll bars apparently respond faster than their hydraulic equivalents which means you barely notice the technological sorcery underneath your clenched glutes.

With all the hill climb induced glute clenching out of the way, Porsche decided they would kick off day 2 with some morning yoga.  Hamstrings were strung, hip flexors were flexed and I was again reminded why I prefer to be on a driver’s seat rather than a yoga mat. Post yoga, I then floated my way back to the carpark and took the ‘base’Cayenne for a drive. Despite being the starting point of the range, the Cayenne still boasts and impressive 250kW single turbo 3.0 litre V6 which will get you to 100 quicker than it takes me to get in to downward facing dog (which is 6.2 seconds for those who don’t know me). If you enjoy listening to Enya after some morning yoga (let’s face it, who doesn’t) either the Burmester or Bose sound systems will keep your chakras flowing with crisp multi-speaker goodness. To cap it all off, you get very impressive fuel consumption of a combined 9.2 l/100 km and low CO2 emissions of 209 g/km. Daily driver? I think so.

Our final stop on the Porsche birthday bash, was none other than Maggie Beer’s Gin making school in Nuriootpa. While I gladly would have spent some more time in the Cayenne, let’s face it, what’s a 70th without some Gin? So, with my limited knowledge, Brett Durand, was called on to run us through the history of gin, the distilling process, key ingredients and some pointers for us to make a take home bottle of Porsche worthy mother’s ruin. Herbs were smelt, seeds were crushed and Brett distilled my soon to be award winning batch of ‘I can’t believe it’s not metho’. To cap it all off, Porsche had organised our bottles to be wax stamped with the famous coast of arms. Was my gin worthy to wear such a crest? Let’s just say Gin experts are murmuring that it’s the Cayenne Turbo of distilled liquids.

As far as 70th’s go, it was an absolute cracker. Porsche have delivered the most impressive line-up since the Cayenne’s inception in 2002 and the improvements are across the board. It out brakes, out turns, out accelerates, out exteriors, out interiors, out technologies, out efficients.. it just ‘outs’ the previous generation in nearly every aspect. This isn’t a slur on the old car by any means, it’s still a very capable SUV, but the new Cayenne is just that good. Whether it be the Cayenne, Cayenne S or Cayenne Turbo that ends up in your garage, rest assured,  you’ll be driving one sporty spice. 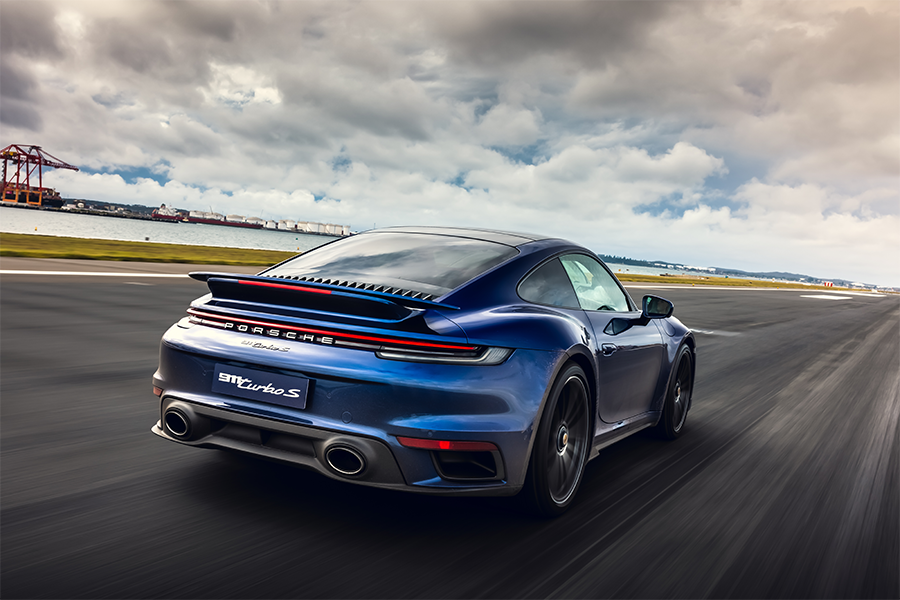 Cars
What Happens When You Thrash a Porsche 911 Turbo S 300km/h Down an Airport Runway? 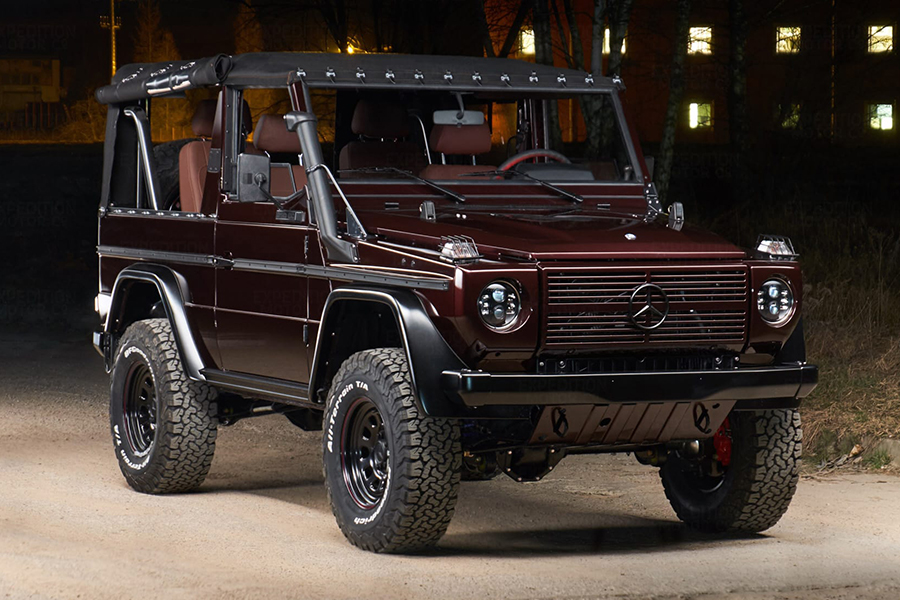 Cars
Expedition Motor's Mercedes-Benz Wolf is Ready For the Hunt 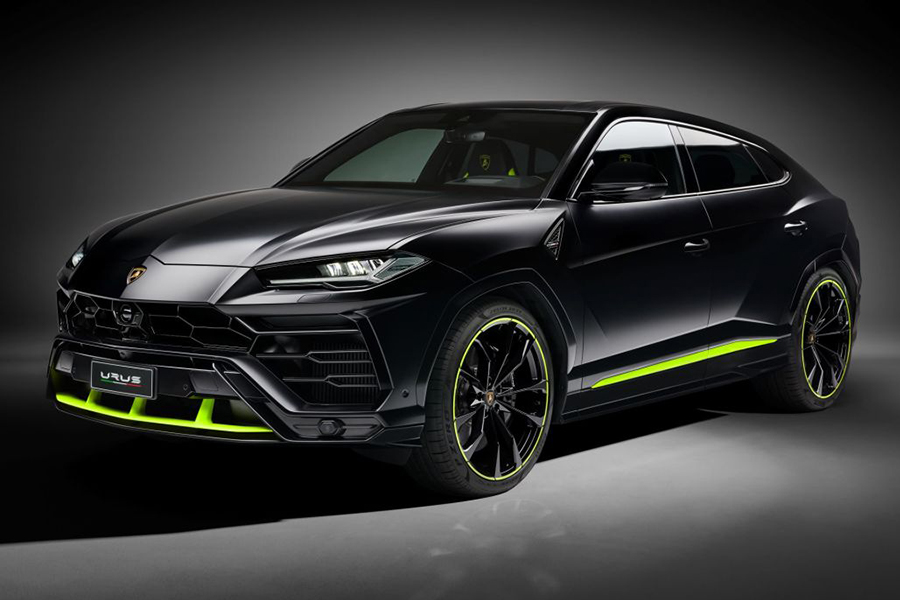 Cars
Lamborghini Dresses the Urus in the New Graphite Capsule 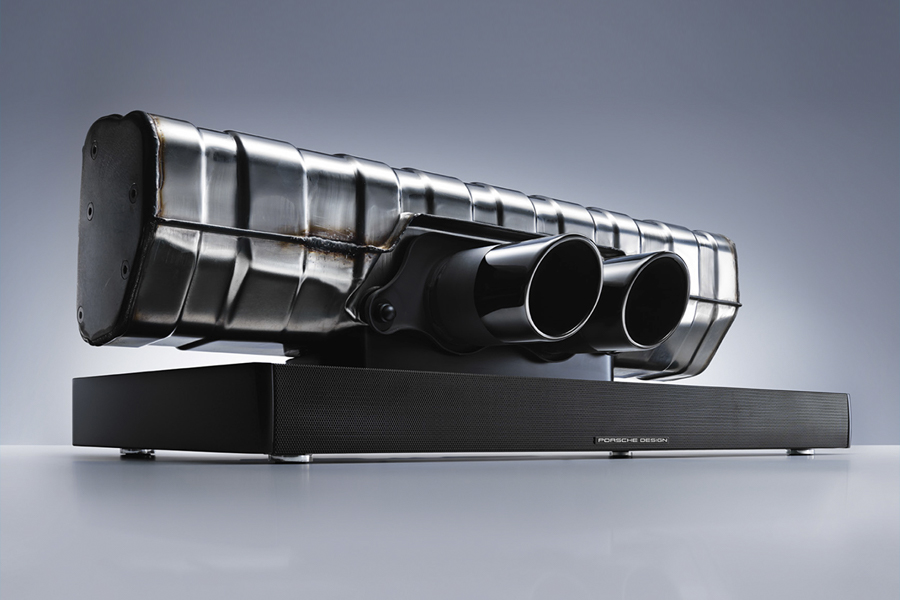