Another day, another crazy NFT story. It seems every other week is highlighted by an earth-shattering story surrounding rare NFT’s. We’ve covered the recent rise in $SMOL and the notorious ‘Smol Dick’ NFT, but less than 24-hours later we awoke shocked to find an OG CryptoPunk had sold overnight for a mind-bending AU$15 million+ (US$11,754,000). This makes it the second most expensive NFT ever sold, according to 101Blackchains.

So what are these CryptoPunks? They’re a set of 10,000 pixel-art characters created by Larva Labs in 2017. The company that managed to seemingly pre-empt the NFT hype train years before many of us had even heard about it. This particular punk is very special, CryptoPunk #7523 (as it’s technically referred to) is featured here in the highly sought-after Alien variety with blue-green skin, and most importantly a medical mask. It’s rare people.

Owning a piece of NFT history like this demands an exorbitant price tag, US$11,754,000 to be exact. You’re probably thinking that’s an astronomical price to pay for a piece of pixel art that you can copy and paste on your laptop right now, but this work is authenticated on the blockchain, which certifies originality and ownership.

“We are excited to continue to explore new and interesting ways in presenting these cutting-edge works,” said Sotheby’s. 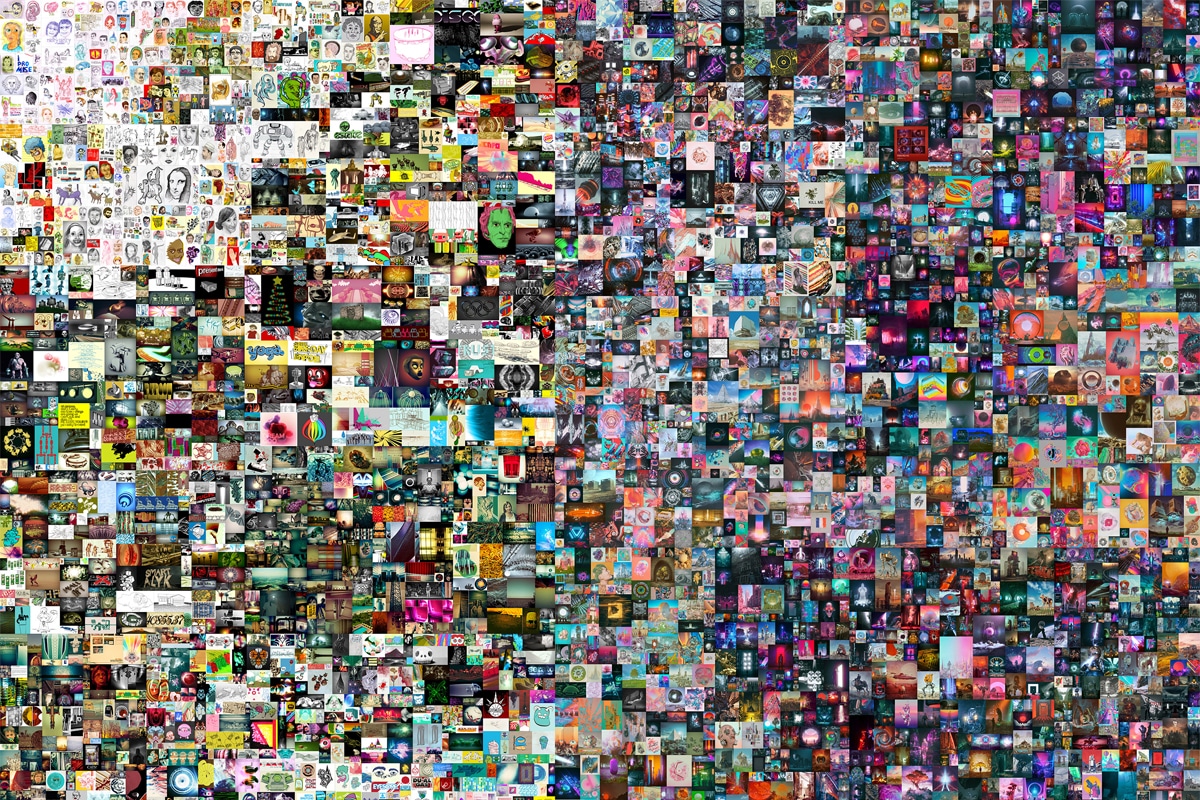 The sale took place at Sotheby’s and virtually – for the first time – via Decentraland. The blockchain-based virtual world that resembles Minecraft. Sotheby’s was happy to report the card was bought by Israeli entrepreneur Shalom Meckenzie. Who happens to be the largest shareholder of digital sports company DraftKings (DKNG.O), go figure. We’re not exactly sure how Mr Meckenzie paid for his new punk, but all major cryptocurrency currencies were excepted, let’s hope it was $DOGE.

“To those who say, “yeah but you can’t hang ’em on your wall”, this is where virtual social worlds like Decentraland come in,” spokesman for the Decentraland, Dave Carr told Reuters.

Unlike normal auction house sales, no physical artwork changed hands, rather, Sotheby’s sent the piece to the owners crypto wallet. This is the second most expensive NFT artwork ever sold according to 101Blockchains so let’s hope he doesn’t forget his password. The most expensive NFT artwork ever sold is still safeguarded by Beeples ‘Everydays: the First 5000 Days’ which sold for an earth-shattering US$69.3 million.

You’ll also like:
Jake Paul’s ‘Celebrity Knockout of the Decade’ Being Sold as $10 Million NFT
The Bizarre Rise of NFT Digital Diamonds, the Rarest of All Crypto Investments
CumRocket Explosion: Cryptocurrency Surges 350% After Elon Musk Joins In