Albert Einstein’s E=MC2 equation is one that everyone is familiar with. We learn about it from the earliest days of scientific study and continue studying it on through the highest levels of academia. As ubiquitous as the equation is, however, finding it written out in Einstein’s own handwriting is nearly impossible. According to the Einstein Papers Projects at the California Institute of Technology as well as the Hebrew University of Jerusalem, there are only four examples of Einstein writing out the equation. Three of those examples are holographs kept safely at the Hebrew University of Jerusalem. The fourth was just auctioned off for USD$1.2 million by the Boston based auction house, RR Auction. 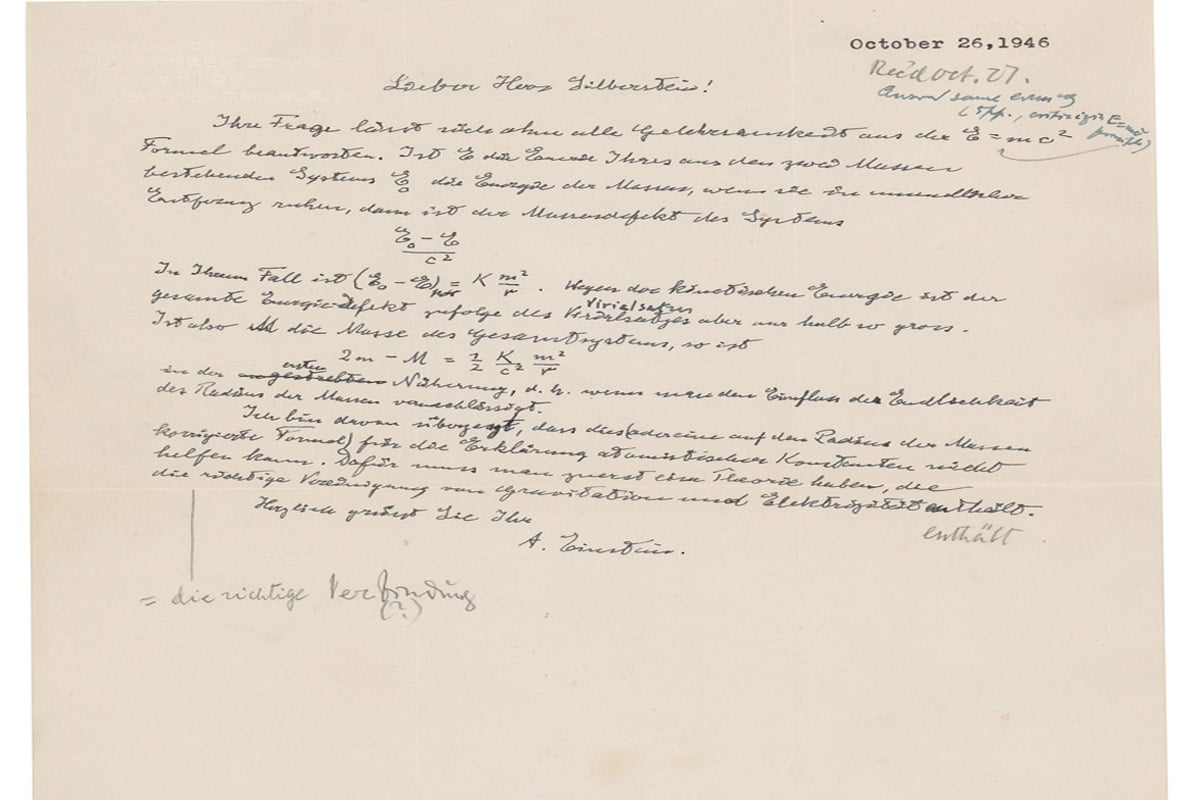 The equation is included in a letter handwritten in German by Einstein in 1946 to Polish American physicist Ludwik Silberstein. In it, Einstein calculates the mass difference between a system of two equal masses (represented by M) that are an infinite distance from another. Einstein continues the equation, calculating the same two masses a specific distance (R) apart and orbiting a centre of mass.

While that may sound complicated, Einstein felt that it was not an overly difficult exercise, and that it could “be answered from the E=MC2 formula without any erudition.” Silberstein was a well-known critic of Einstein’s work, but the physicist kept the letter in his own archive. His family recently auctioned it off, expecting to get $400,000. Instead, they got three times the estimated value, thanks to a bidding war involving five different parties. 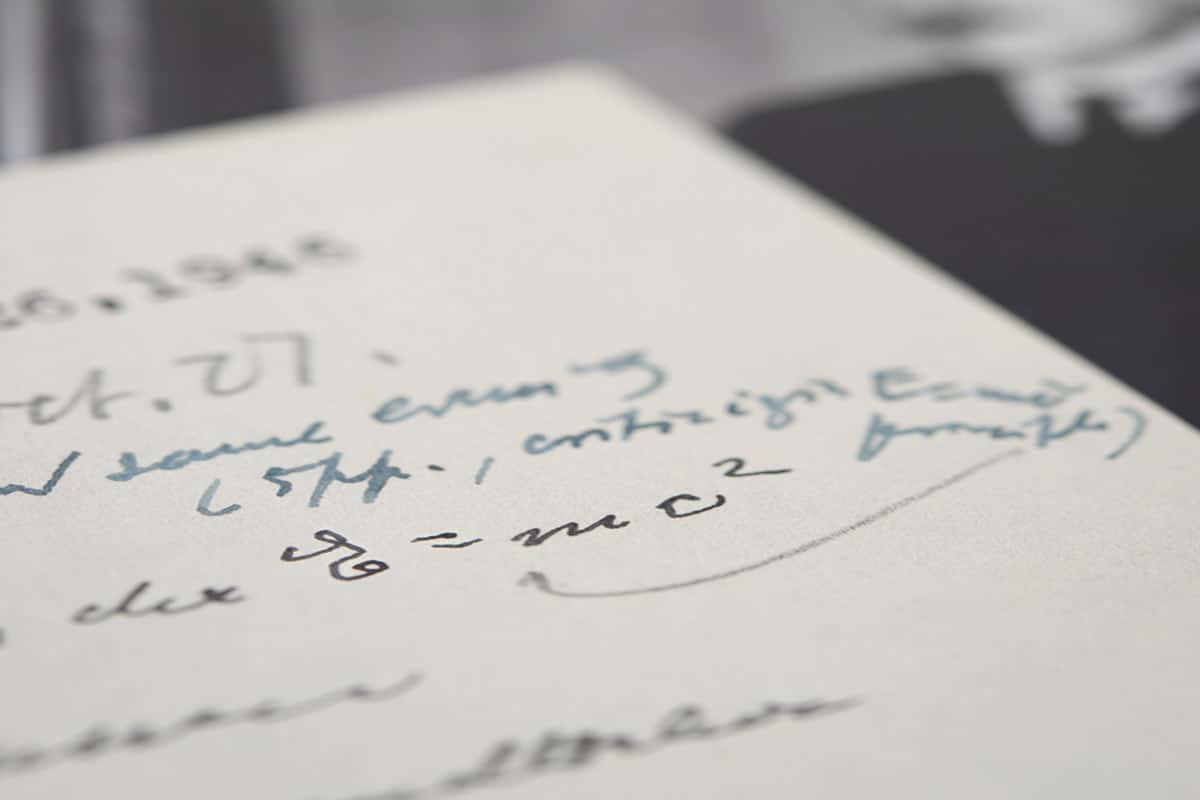 Calling the E=MC2 equation “the most well=known equation ever set forth,” RR Auction identified the document as “an important letter from both a holographic and physics point of view, as it shows Einstein’s thinking on one of the most basic of all physical problems.” Now that letter, once thought lost, has bone to the vaults of an “anonymous document collector,” says RR auction, so while the equation remains in the public eye, one of the four known examples of Einstein writing it out will be hidden away, hopefully for future generations to enjoy.