It’s been a while since I felt genuinely nervous to put pen to paper, but I guess that’s a good thing. When you write about whisky, movies and tech every day, you tend to fall into a groove and I’m certainly guilty of that. I can pull an Orwellian quote from the back of my mind pretty easily nowadays, and I’m adept at faking enough tannin knowledge to get through a wine tasting looking like I’ve got some semblance of knowledge. But some things are bigger than blockbusters and more important than malbec. And sadly, they affect us all. 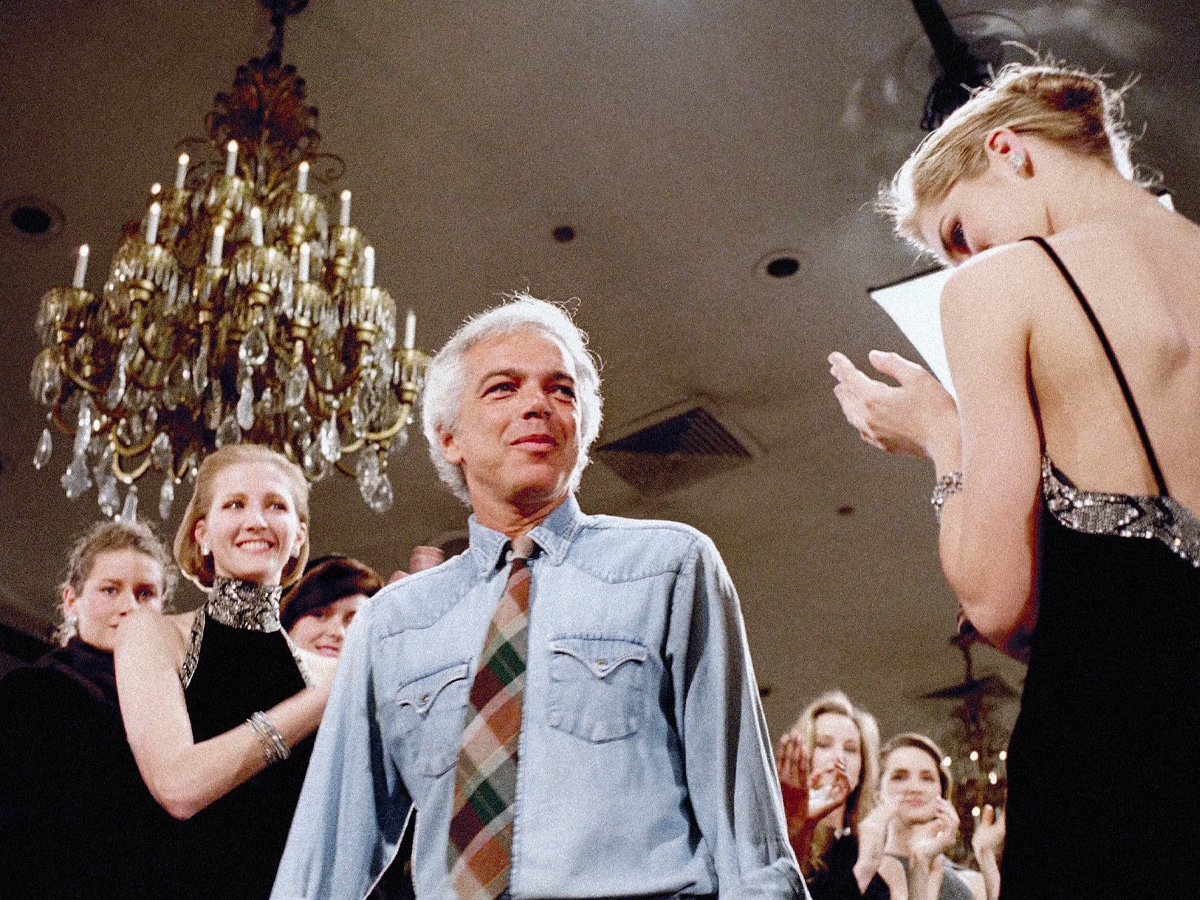 In Australia, roughly one in seven women will be diagnosed with breast cancer over their lifetime, with the risk for men being one in 555. In fact, approximately 57 Australians will be diagnosed each and every day, equating to over 20,000 Australians with breast cancer each year. A sadly common thread that has weaved its way through our daily lives, the disease has become so prevalent, it’s hard to imagine a family or friendship circle that hasn’t been impacted in some way. But just as the thread connects us, it can also make us stronger.

Across the month of October, we’re set to see a number of powerful initiatives arise in support and solidarity with those impacted by breast cancer, and while all are worthy of acknowledgement, one I am especially proud to stand behind is Ralph Lauren’s Pink Pony campaign. The revered fashion label‘s global philanthropic program is dedicated to cancer care and prevention, supporting programs for research, screenings, early diagnosis, treatment, education and patient navigation. This year, I am honoured to be part of the global campaign, which sees donations raised from the annual Pink Pony product collections benefit the Pink Pony Fund of The Ralph Lauren Corporate Foundation, as well as an international network of cancer charities. 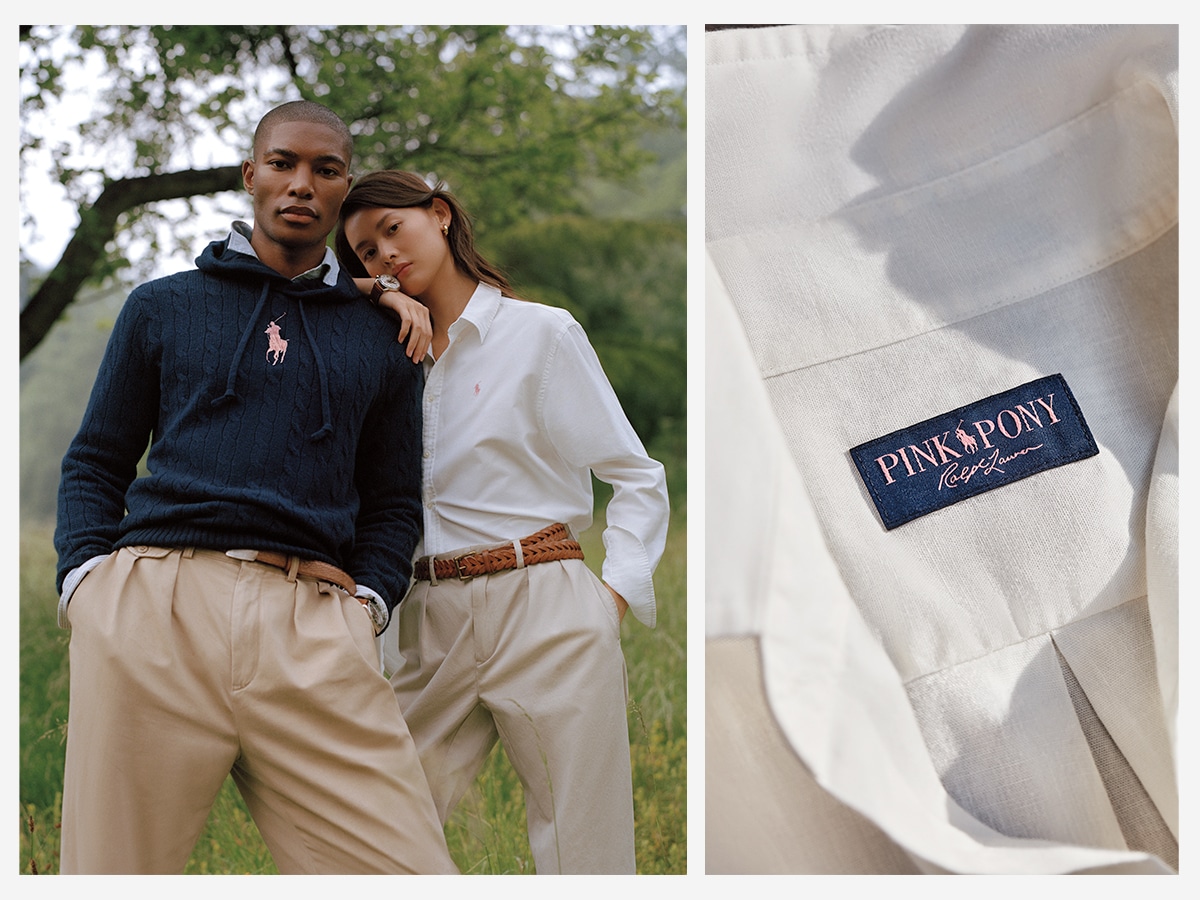 While it’s not unusual to see a label make a social statement or put its support behind a charitable cause, Pink Pony is something different entirely. Weaved into the very fabric of the brand, the campaign was created, developed and conceived by Ralph Lauren himself, inspired by his close personal experiences with the disease.

Way back in 1989, after his close friend and Washington Post fashion editor Nina Hyde was diagnosed with breast cancer,  Lauren made a commitment to focus his philanthropic efforts on improving cancer care, cofounding the Nina Hyde Center for Breast Cancer Research at the Georgetown Lombardi Comprehensive Cancer Center. Since then, the man behind the pony brand designed the first target logo for the Council of Fashion Designers of America’s Fashion Targets Breast Cancer initiative, established the Ralph Lauren Center for Cancer Care, and partnered with The Royal Marsden, the largest and most comprehensive cancer centre in Europe. 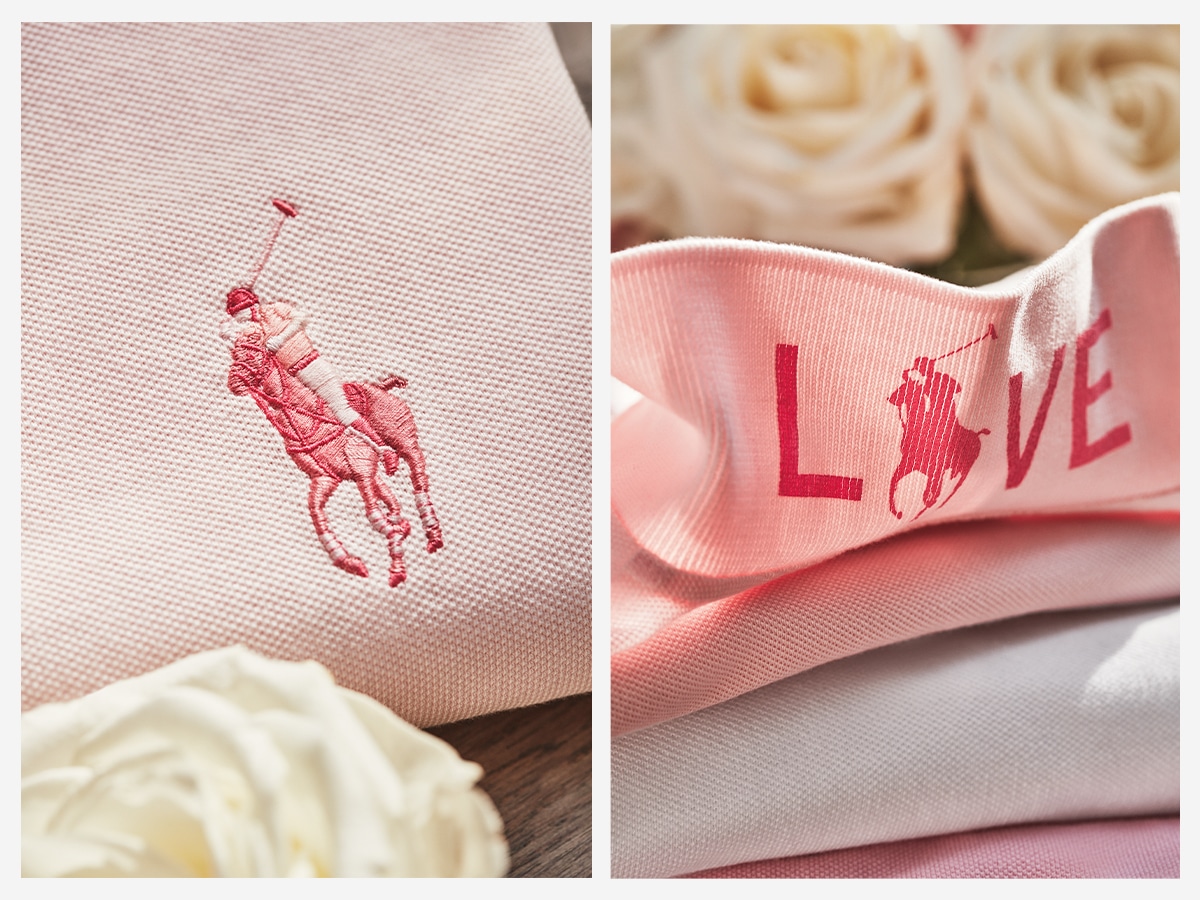 In 2022, The Ralph Lauren Corporate Foundation is reaffirming its commitment, announcing $25 million in new grant funding to expand or establish five Ralph Lauren-named cancer centres. Additionally, Ralph Lauren restaurants and Ralph’s Coffee shops globally will offer signature Pink Pony drinks with proceeds going to support the Pink Pony Fund or a local cancer organisation. The unique connection is outlined in visual detail through a special edition of the “Coffee at Ralph’s” video series that highlights a powerful conversation between Maria Tucker, a cancer survivor who received treatment at the MSK Ralph Lauren Center, and Jasmine Gibson, one of the nurses that guided her during the process.

However, in trademark fashion, it’s the clothes that have me most excited. The stunning collection of new polos, oxfords and sweatshirts are emblazoned with a delicate pink emblem, taking a powerful stance on support. Better still, the brand has announced that it will donate 100% of the purchase price from the sale of the new Pink Pony Oxford Shirt and Pink Pony Fleece Hoodie and 25% of the purchase price from the Ralph Lauren Pink Pony collection to Cancer Australia. 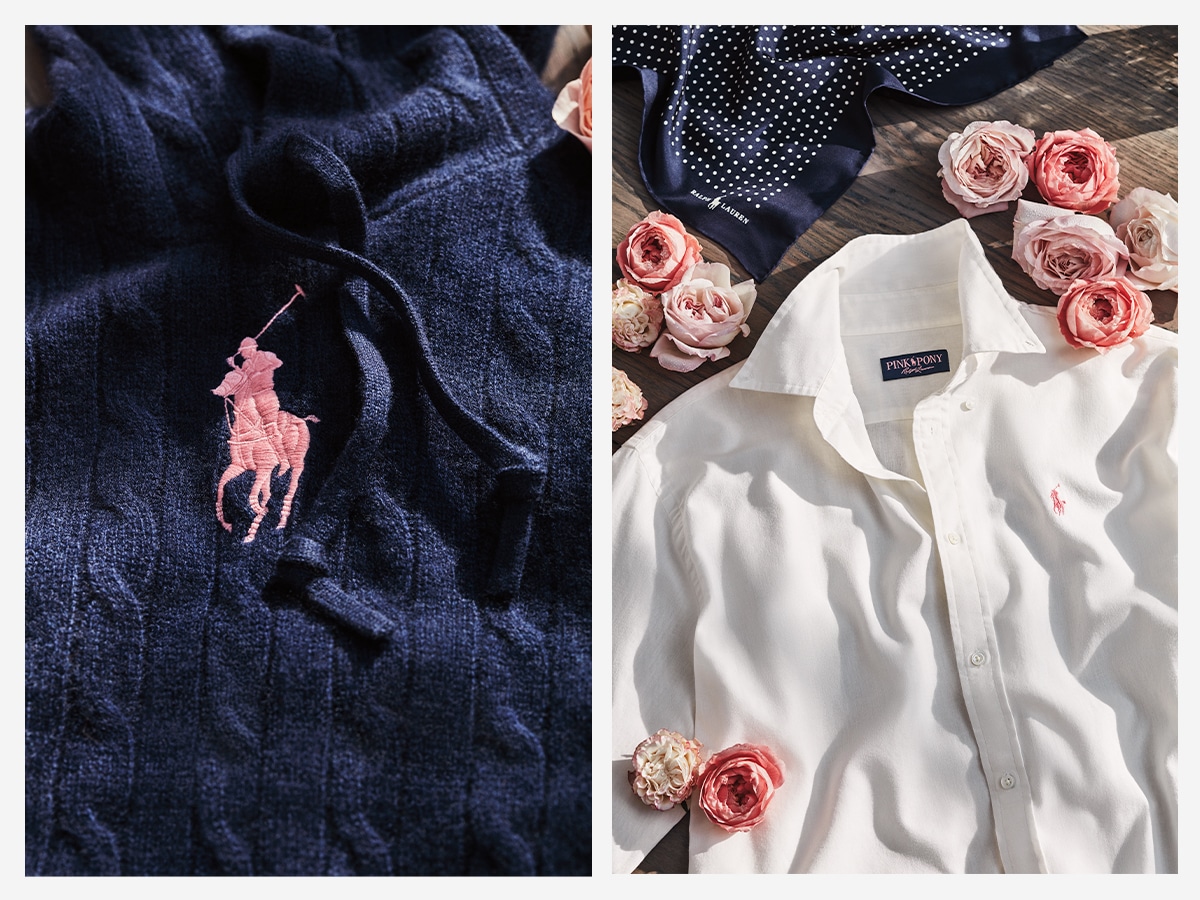 Hearing Ralph Lauren’s personal story really hit home to me, and I wasn’t alone. Across the globe, fashion fans and Ralph Lauren hounds are joining forces for a good cause, and I couldn’t be more honoured to be a part of it. My family’s own connections with cancer have made me far more conscious of the need to spread positivity and raise awareness, but it’s not always easy. Like most men, I’m not as comfortable telling people what they mean to me as I am quipping about sports and sci-fi. As funny as it might sound, I am a man of few words, so being part of this campaign through the lens of renowned portrait photographer Hugh Stewart felt like a way to share my support in ways my words could not. I encourage everyone to get behind a good cause, show their solidarity and wear their support on their sleeve.

Nick Hall
Editor-in-Chief, Man of Many 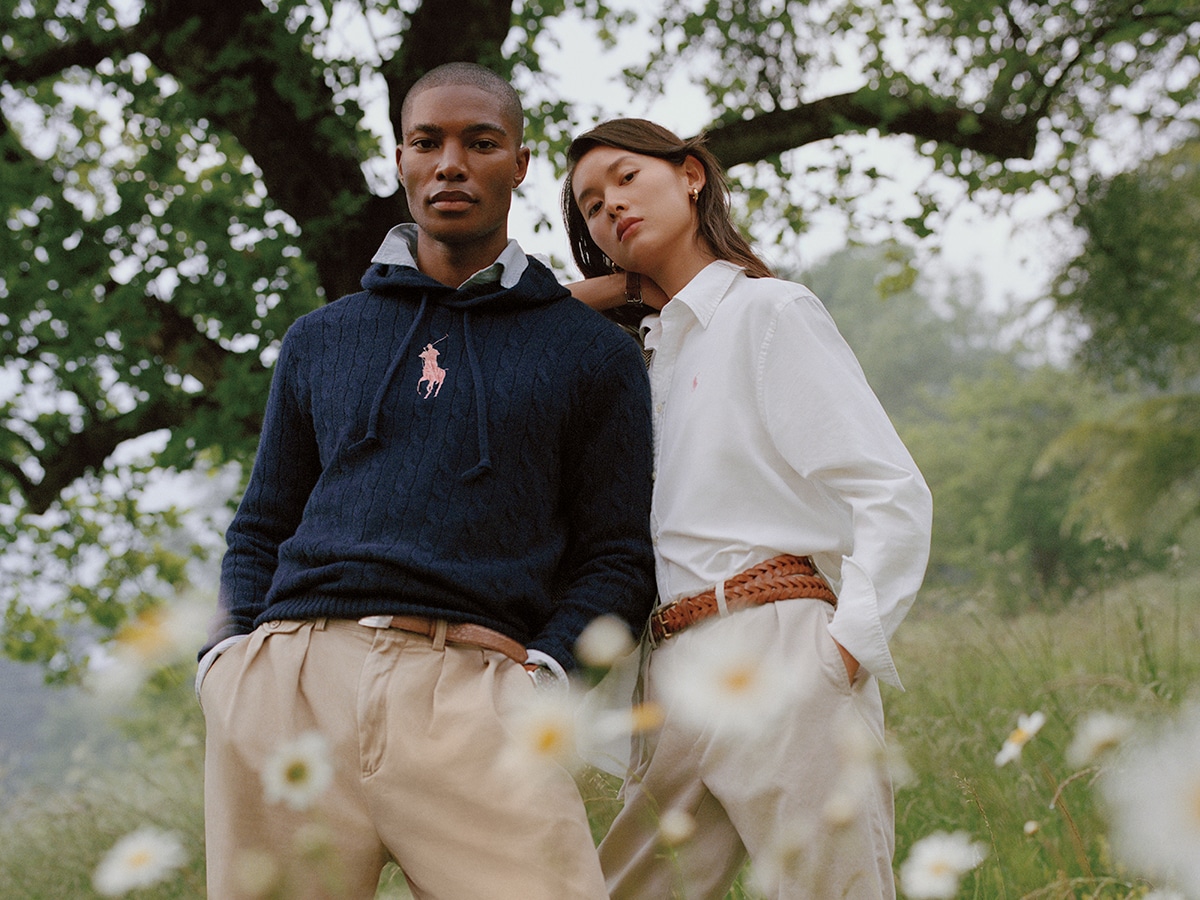 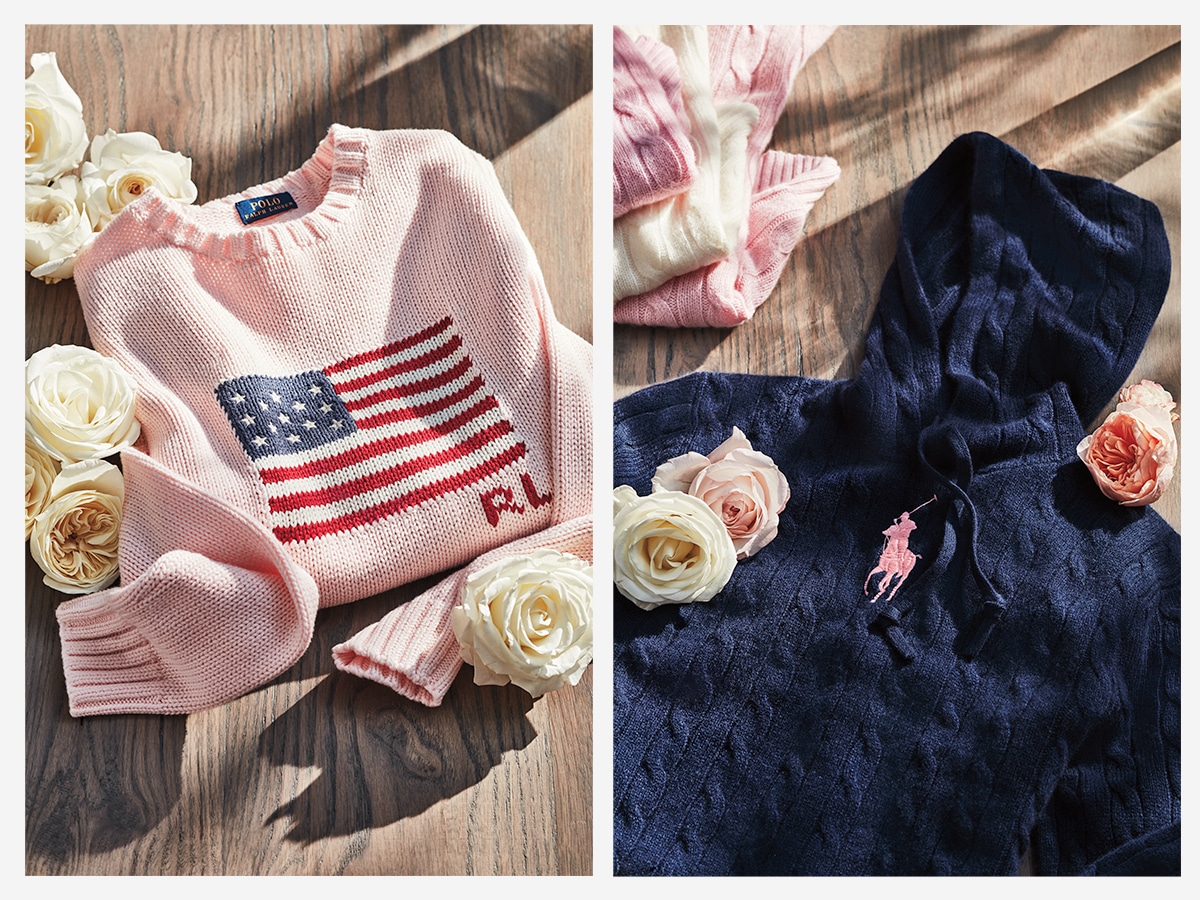 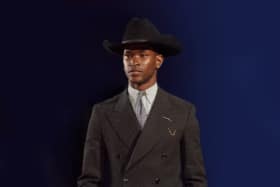 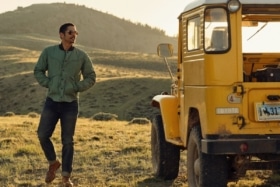 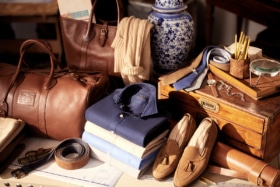