It doesn’t take the mind of a genius (or even an adult) to understand that any story, no matter how small or untrue, can get grossly out-of-hand when filtered through the right channels (just look at The Bible).

One such tale is the story of how 420 (four-twenty, not four hundred and twenty, ya big square), an otherwise innocuous integer, came to represent the use of recreational marijuana the world over. Whether it’s 4:20 PM, the universally accepted time to light up a spliff, or April the 20th (that’s today), the now ubiquitous combination of three digits is a hotly debated story, and one which might as well have as many versions in circulation (both online and via word of mouth) as, though I hate to reference it again so soon, The Bible.

There are many myths about the origins of 420 as a concept (I’ll endeavour to touch on these as they crop up throughout my story), but please know that I have researched this topic through original sources (not Wikipedia) multiple, multiple times (as far-fetched as what you’re about to read may be). On the topic of 420 being the best time of day to burn one down: this theory has also been researched extensively, with evidence both anecdotal and first-hand taken into account, over a lengthy control time (to ensure, you know, accuracy and shit).

You’ll also  really dig, man…
10 Videos to Put a Spark in Your 420 Day
Seedolab is a Self-Sufficient Hydroponic Growing Machine
Défoncé are Chocolate Bars That’ll Put You on Mars

Let me start by clarifying the first common misconception: that 420 is the police radio code for weed. I bring this up first as it’s a rather stupid theory for one obvious reason: police radio codes not only differ internationally, they differ state to state. In fact, 420 is a police radio code in Las Vegas, Nevada, but it’s not for smoking the ‘erb, it’s for homicide.

There’s a stark difference between an unofficial holiday essentially devoted to doing nothing, and straight-up murder.

And the real story is far more fun, anyway.

The year was 1971. The place? San Rafael, California (because of course it f*cking happened in California). Five friends, all students at San Rafael High School, had a very specific ritual: one which would later change the world’s referral to, and, perhaps, attitude towards, the sticky green goodness that is the devil’s lettuce.

The young men, Steve Capper, Dave Reddix, Jeffrey Noel, Larry Schwartz and Mark Gravich, would meet on the school grounds each day by a statue of Louis Pastueur, the marvellous French scientist and polymath, at 4:20 PM. A seemingly arbitrary time to get baked? Sure. But this was before WhatsApp groups–hell–it was before Nokias. People needed to organise themselves well in advance, especially if there were going to be multiple attendees at any gathering. 4:20 was an understood, concrete, regimented ritual for the boys, and one which we can only assume saw a lot of bud getting passed between them.

Like all good gangs of youths–benign or thuggish–they, of course, had a name for themselves: The Waldos (allegedly because their chosen hang out spot was a wall outside the school. Personally, I think that they should have been The Pasteurs, but then, high school gang-naming never was my thing. Needless to say my gang, Primary Students For The Advancement of Political Discourse in The Playground, only ever had one member. A high school chapter was never established).

The quintet of pubescent stoners began to use the term “420 Louis”, though with different meanings depending on the context. “It was just a joke, but it came to mean all kinds of things, like, ‘Do you have any?’ or ‘Do I look stoned?'”, Capper told the San Francisco Chronicle in a 2000 interview.

“Parents and teachers wouldn’t know what we were talking about”, he continued.

The best part of this rather innocent tale, however, concerns a treasure map of spurious origin. The five youngsters had come into posession of a mysterious map, which purportedly showed the way to a huge crop of cannabis which was there for the takin. If it could be located.

Now, reader, I know the ending to this story, and it is bittersweet. I’m not, however, going to write it here. Research it yourself if you’d like to find out what happened to Newman, whether or not the map was a fake, and a particularly eerie detail regarding a hotel room bill.

Or just read on if you’d like to believe (as I would have you) that Newman’s crop of whacky tobaccy is still out there, perhaps waiting for you to find it.

I’ll say as much as that my research doesn’t rule this out.

So, how did a secret code between five teenagers who just wanted a safe way to get blazed after school balloon into an international phenomenon? Well if it could be properly explained, it would not, by definition, be a phenomenon (though there is a reasonable theory as to how the spread started).

The Waldos have a provable a link to stoner band The Grateful Dead. Dave Reddix’s brother managed a couple of bassist Phil Lesh’s side-projects (of which the musician had man). Mark Gravich’s father also helped the huge band find a rehearsal space (where they also performed), and as a result, The Waldos were always automatically on the guest list.

“For a young man around 18 or 19 around these guys, it was pretty overwhelmingly fun,” the San Francosco Chronicle reports Reddix as remembering.

“We’d shoot some hoops and get high and listen to the Dead playing and practicing inside this warehouse.”

It wasn’t long before the members of The Grateful Dead, and indeed their associated acts, were using the term 420 to refer to their favoured psychotropic inhalable. This, by logic, eventually found its way to the (almost exclusively stoner) fans, who quickly cottoned onto the phrase. The rest, as they say in the classics, is history.

Perhaps it was the need for a secret code during a time fraught with anti-drug messaging and ineffective government policing of illicit substances (1971, the year 420 was coined, was also the year Richard Nixon began his now infamous “War on Drugs”). Perhaps it’s the human desire to feel accepted, and by whispering “420” to a fellow concertgoer and receiving a knowing nod (before passing the dutchie on the left hand side). Whatever the exact reason for the term’s universal popularity, it’s here to stay.

From Gumtree (or Craiglist) ads that say “420 friendly” when advertising flatshare rooms to concert flyers that include the number to let attendees know that they’ll be in a safe space to enjoy a little grass (what would Willie Nelson be without a little weed?), 420 is huge.

And now, to the international smoke-up that happens today, each year..

The number quite obviously lends itself to the time of day whence its etymological origins can be found, but it’s also representative of the 20th of April (and yes–I did promise to debunk further myths. Adolf Hitler was indeed born on this date, but this is mere coincidence, and any conspiracy theorists who try to draw a line between Hitler and the calming, tranquil effects of marijuana, and these people exist, have both never smoked the stuff or Googled Adolf Hitler).

With both medicinal marijuana and the legalisation of recreational reefer hot-button topics worldwide, and politicians now sensibly weighing in on what seems to be an inevitability for western nations, the 20th of April (also, while I’m at it: not the day Bob Marley died–that was the 11th of May) has become a day of (peaceful) protest for many. Australian “tabloid artist” Jesse Williams took to the steps of Sydney’s Town Hall back in 2015 (I’m not going to spell out exactly what time of day and date he did this) and lit up a joint, before being swiftly arrested. He announced he’d be doing this in advance, too, knowing full well that he’d be arrested.

To prove that the thousands of taxpayer dollars it would cost to process his case through the courts is an utter waste of time and money–for everybody. He’s also keen to highlight the cruelty of public policy when it restricts the obvious and universally acknowledged benefits of marijuana to people who are seriously ill. As an ADHD sufferer, this was his original motivation, claiming it helped him to focus; to concentrate.

Marijuana also has huge pain relief and anti-nausea benefits, and as such is highly beneficial to cancer patients undergoing chemotherapy. It also increases the appetite of those who suffer from AIDS, and other conditions where hunger is simply non-existent.

And these are just the major, obvious benefits. Biologists and chemists are still scraping the surface of how dope might not be so stupid after all.

Perhaps it’s fitting, then, that The Waldos coined their now ubiquitous term at the foot of a statue of one of the greatest biologists and chemists to ever don a lab coat, Louis Pasteur. Maybe Louis himself didn’t mind the occasional L-skin with the lads whilst making milk safe to drink for the masses (Oreos with milk and Milo make great munchies, after all).

Or maybe they were just simply looking for their place on a map, but instead of an X in the Bay Area, it turned out to be on an unspoken one; one that exists in the minds of stoners the world over (and one upon which they are indelibly affixed).

Whatever the reality, 420 is here, and, if you started reading this story when it went live, it’s 4:20 right about now.

Excuse me, while I kiss the sky.

You’ll also  really dig, man…
10 Videos to Put a Spark in Your 420 Day
Seedolab is a Self-Sufficient Hydroponic Growing Machine
Défoncé are Chocolate Bars That’ll Put You on Mars

Advice
10 Best Notebooks That Are Not Moleskine 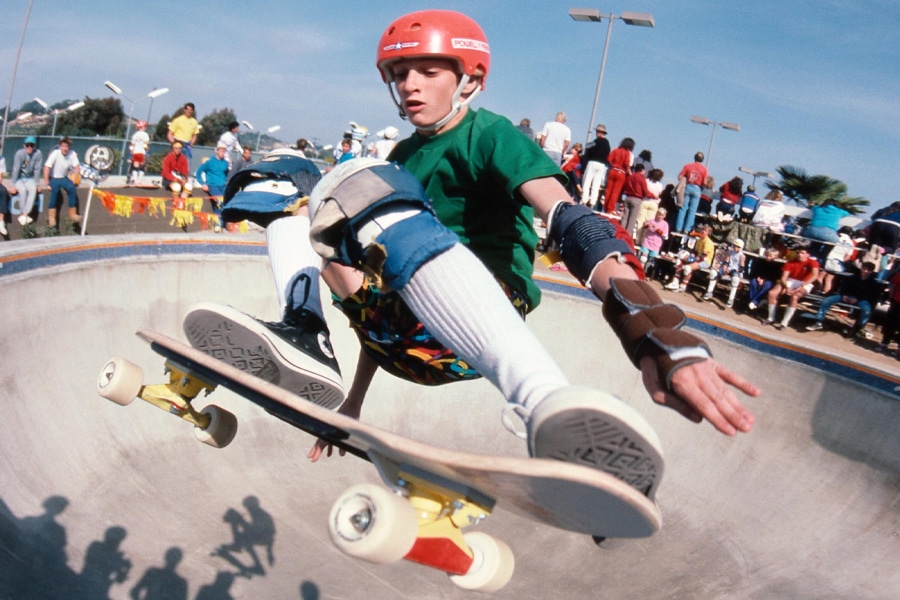 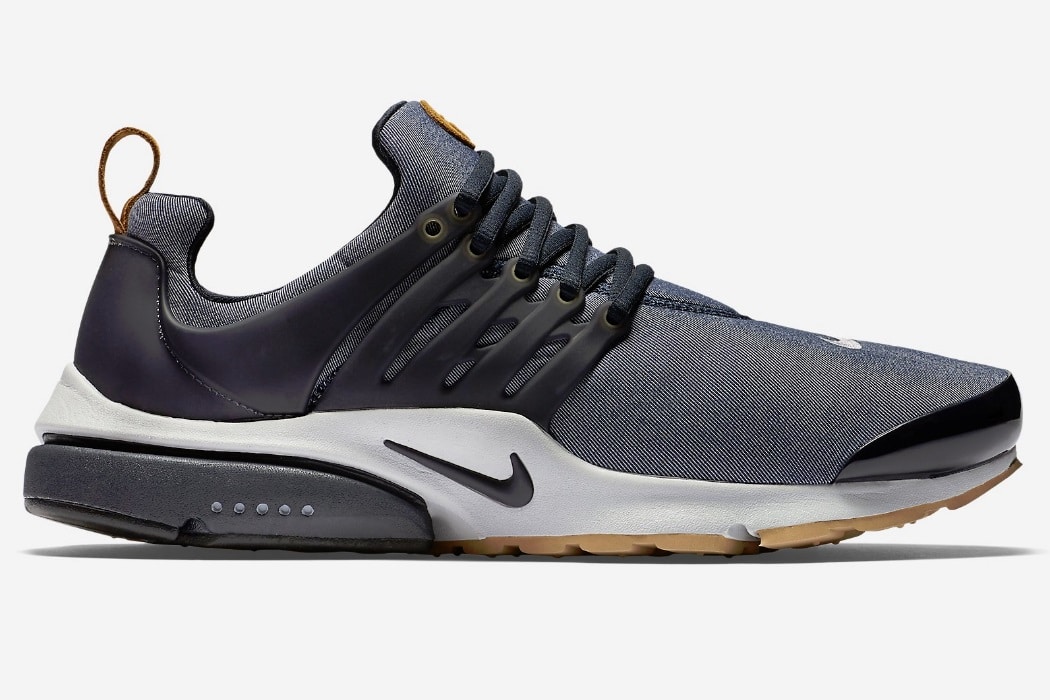 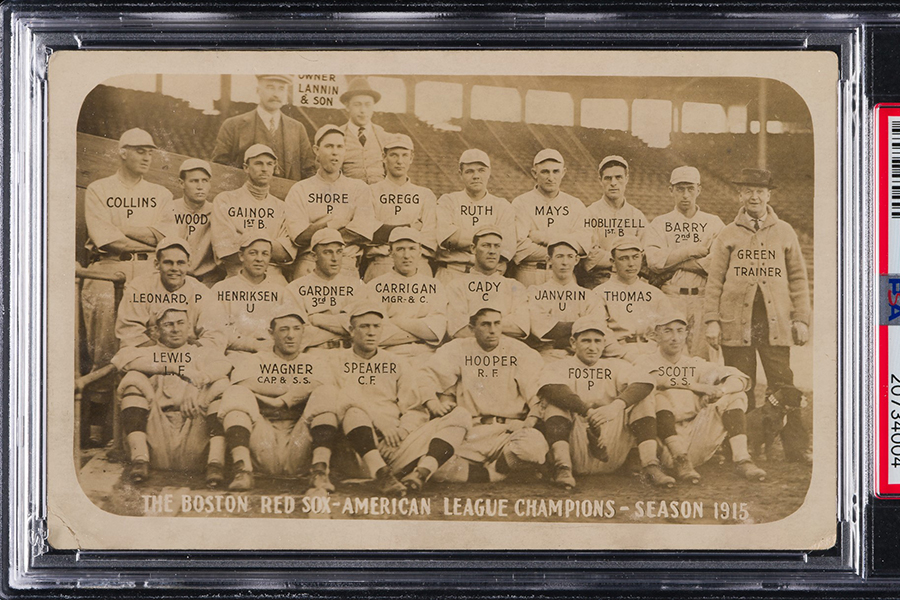