Aussie whisky lords Starward have come a long way in the past few years and the brand’s core range is a big reason why. A stellar lineup of delicious and complex whiskies has had fans across the globe champing at the bit for a new release, and it appears their prayers have been answered. Starward has just announced Fortis, the fourth addition to the core range and by far its highest-strength. At 50%ABV, Fortis packs a punch to complement its rich intensity. Even with the higher alcohol content, you can still sense that signature expression that only comes with red wine barrel maturation. According to Starward, Fortis is a brave and bold single malt Australian whisky that champions the label’s style and celebrates Australian ingredients.

Fortis is the culmination of years of experience and experimentation both in whisky and wine,” Starward founder David Vitale said. “We are the global whisky experts in wine barrel maturation. Having access to amazing barrels on our doorstep and leaning on the talents of the winemakers on our team means we can really celebrate what it means to be an Australian whisky.” 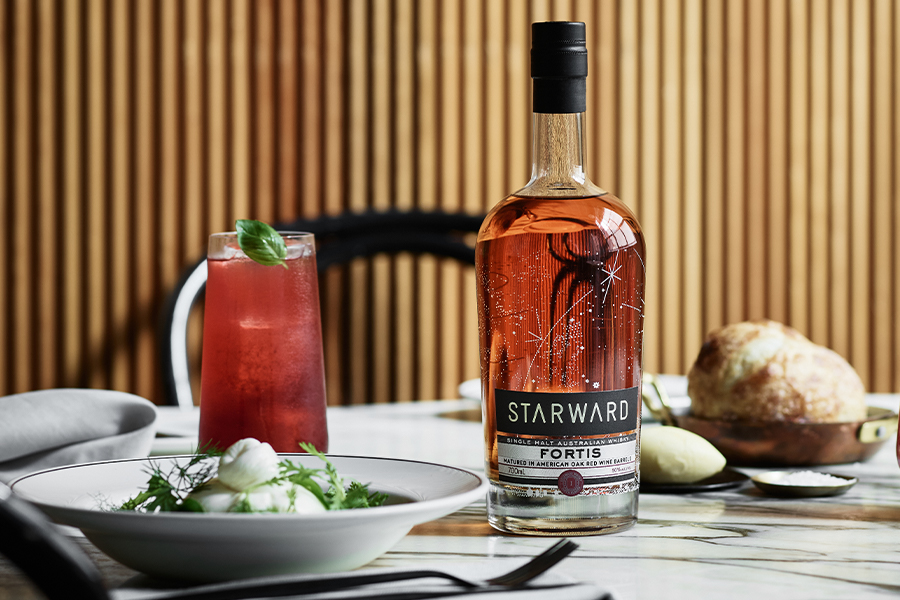 “This full bodied, full flavoured whisky – while quite different to our other releases – still shows all the hallmarks of our core range,” Vitale said. “Like our other whiskies, it delivers on the promise of a distinctly Australian Whisky, one we offer the world with pride. I can’t wait to share each batch’s nuances and variations that bring to life our innovative spirit and the depth of barrels we source from Aussie winemakers.”

Fortis Batch 1 is a limited release, available in a 700ml bottle for around AUD$129 and will be released exclusively through the Starward website.

Where is Starward whiskey from?

Starward is an Austrlian whisky made in Melbourne.

David Vitale is the founder and owner or Starward Whiskey.