Over the last few years, there has been a massive rise in the number of people adopting new-age, alternative diets. While the Ketogenic Diet and intermittent fasting has dominated the headlines in 2020, the real winner in the evolution of eating has been the Paleo Diet. The innovative approach to health and nutrition paved the way for alternative eating in the 21st century, kick-starting an emerging culture of highly-specific eaters.

Sure, over the years the Paleo Diet meal plan has copped a bit of flack, namely thanks to some less than accurately claims that it is the proverbial Fountain of Youth, but Pete Evans aside, there is some merit to the strategy. The whole-food diet focuses on ingredients that are natural and removed from any artificial additives. When you put it that way, it’s hard to think it could all be bad.

You’ll also like:
A Rookie’s Intermittent Fasting Guide
A Beginners Guide to the Ketogenic Diet
5 Benefits of Apple Cider Vinegar for a Healthier Lifestyle 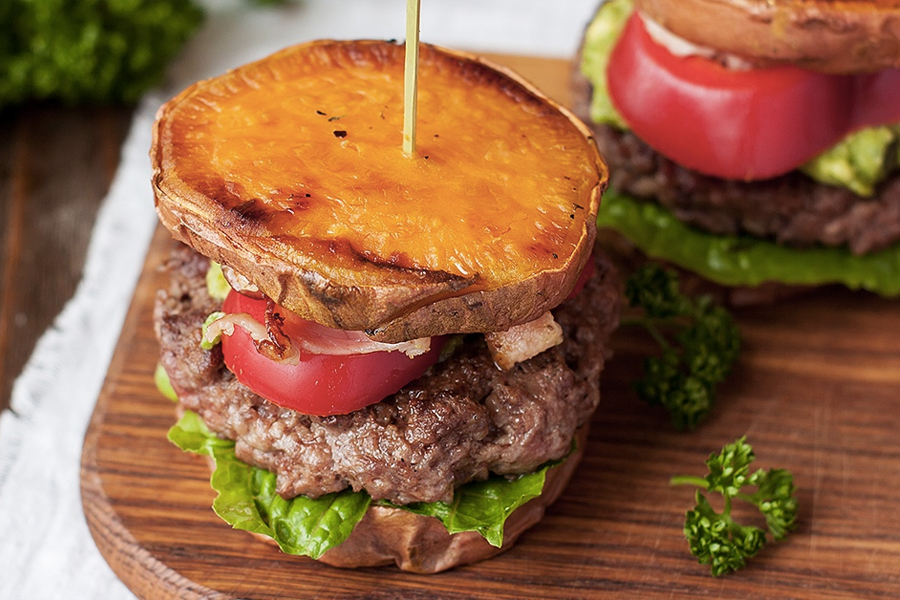 What is the Paleo Diet?

If this is the first you are hearing of the eating plan and you’re wondering ‘what is the Paleo Diet?’, the explanation is more simple than you’d think. The Paleo Diet, or gatherer diet as it is sometimes known, is a dietary plan based on foods that are similar in nature to those our ancestors may have eaten. Focusing on the same food groups and practices used by early humans in the Paleolithic era, which dates from approximately 2.5 million to 10,000 years ago, the Paleo Diet guide sets out strict stipulations on what you can and can’t eat.

This means you can only eat foods that are unprocessed and can be obtained by hunting and gathering. If that all sounds a little strange, allow us to explain the thinking behind it. The idea of the Paleo Diet is to return to a way of eating that is more in-line with how human beings would traditionally eat. Ideally, the removal of foreign agents introduced during the processing stage will allow your body to eat as it was originally intended, reducing the risk of bloating, digestion problems or even disease.

Some studies have supported this line of thinking, however, others have suggested the Paleo Diet isn’t a match for everyone. Instead, people who follow a Paleo Diet meal plan are generally doing so to lose weight, maintain health or reduce inflammation.

When it comes to the Paleo Diet as a whole, there are a number of external factors that may come into consideration. In fact, some researchers have argued that the underlying hypothesis of the Paleo Diet simplifies the eating habits of Paleolithic humans. For example, the food that was actually available at the time is highly dependent on where exactly the person lived. Certain geographic and climate factors would have had a significant impact on the evolution of eating.

Further, some archeological research suggests humans have been harvesting wild grains for close to 30,000 years, well before the introduction of farming. This follows the line of thinking that human evolution continued well beyond the Paleolithic era, meaning that changes to dietary capabilities could have been observed. Whatever the science, it’s important to think of the Paleo Diet as a guide for eating well and living longer, rather than a physical embodiment of our ancestor’s eating habits.

Foods You Can You Eat on the Paleo Diet

Where things can tricky when it comes to the Paleo Diet is understanding what you can and can’t have. Additionally, some variations of the dietary plan are more strict than others, but as a general rule, all follow the basic principles of natural, gatherer-obtained foods.

Here is a list of things you can eat on Paleo;

As you can see, the foods that you can eat on Paleo are rich in fats and fibrous carbohydrates. What this means is that the food you eat will generally feature a low Glycemic Index (GI) which will provide you with long-lasting energy, unlike simple carbohydrates like sugar that are only good for a quick burst. Additionally, foods that are rich in omega 3 fats are good for heart health and cholesterol absorption.

Foods to Avoid on the Paleo Diet

While you might be on-board for the Paleo Diet meal plan so far, the list of things you will have to give up might be a challenge. There are a number of key food groups and ingredients Paleo-specifically eaters are unable to ingest. These include; 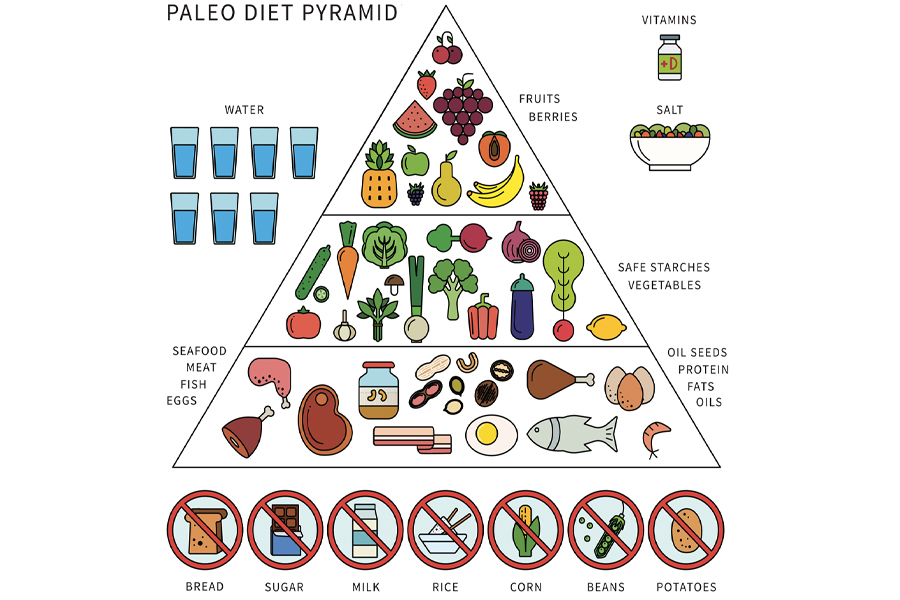 While you might think staying on top of what you can and can’t eat on Paleo will be tricky, you’d be surprised how easy the process can get. Once you have a Paleo Diet meal plan sorted, switching proteins out and rearranging certain meal groups can be all it takes to add a bit of variety to the mix.

The best part about the Paleo Diet is that it encompasses rich, fatty foods that are high in protein. This means you’ll stay fuller for longer and as a result, will be less likely to snack. If you do feel you need to fuel up, however, there are a host of Paleo snacks that you can get into. These include; 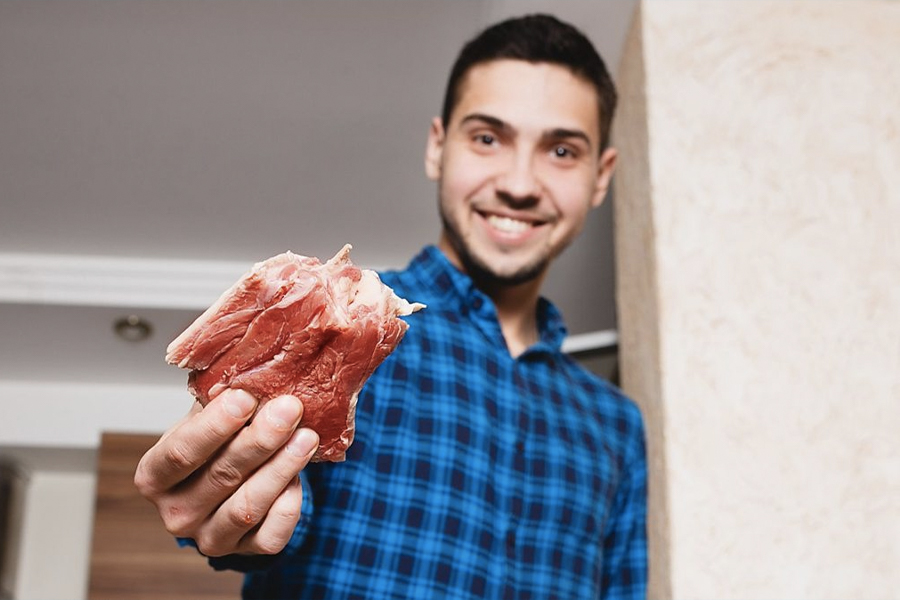 Is the Paleo Diet Healthy?

One of the big looming questions surrounding the Paleo Diet is whether or not it is healthy. From a basic standpoint, crafting a diet around the food our hunter-gatherer ancestors would have eaten can be a major boost to your immune system and overall health. Avoiding processed foods is a good idea, whether you are choosing to go Paleo or not. That being said, if you follow the Paleo Diet to the extreme, it could put you at a heightened risk of calcium and vitamin D deficiencies. It is therefore important to supplement these nutrients.

At the end of the day, any diet plan that encourages you to eat high protein, natural foods such as lean meat and vegetables can’t be too far off being healthy.

What does the Paleo Diet consist of?

The Paleo Diet consists of foods that are essentially unprocessed. These include meat, fish, eggs, seeds, nuts, fruits and veggies, along with healthy fats and oils. Avoid processed foods, grains and sugar.

Is the Paleo Diet bad for you?

The Paleo Diet can be beneficial for weight management and health, however, following the diet to a strict degree can put you at a heightened risk of calcium and vitamin D deficiencies. It is therefore important to supplement these nutrients.

What can't you eat on Paleo?

The primary focus for the Paleo Diet is to steer clear of any processed foods. This means no dairy, grains, legumes, refined sugars or artificial sweeteners.

You’ll also like:
A Rookie’s Intermittent Fasting Guide
A Beginners Guide to the Ketogenic Diet
5 Benefits of Apple Cider Vinegar for a Healthier Lifestyle