You hate to see it. Social media has been flooded with footage of a 40-metre superyacht sinking off the coast of Italy over the weekend, demonstrating the awesome power of the deep blue sea. According to the Italian coastguard, the luxury vessel ran into troublesome waters around 14.5km off the Catanzaro Marina, a famed tourist destination favourite by the rich and powerful. The four passengers and five crew members onboard the yacht were rescued in dramatic fashion, with the coastguard sweeping them from danger just minutes before the multi-million dollar structure sunk to the watery depths.

RELATED: Cargo Ship Carrying $550 Million Worth of Bentleys and Porsches Goes Up in Flames 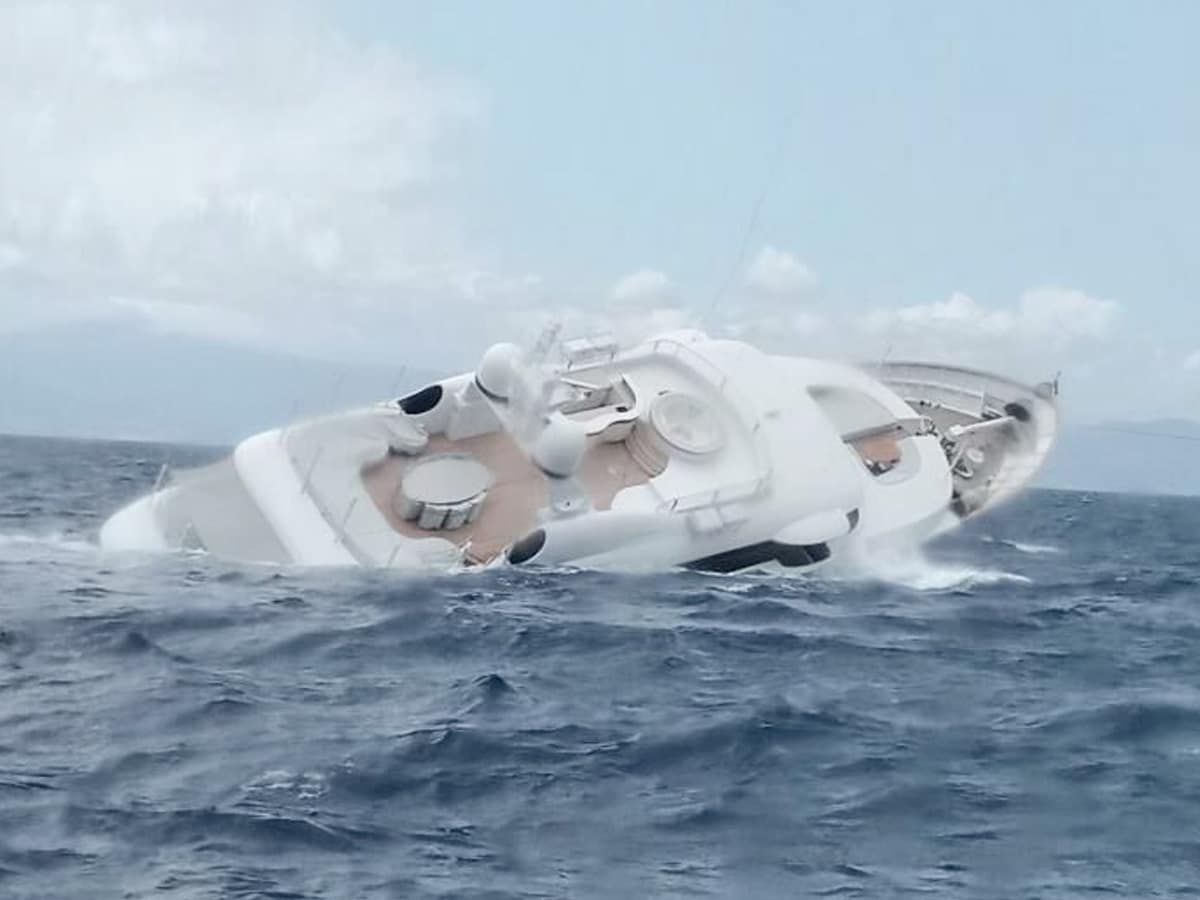 In the video, which was shared via the official Guardia Costiera Facebook page, the superyacht, which Italian press has identified as the ‘Saga’, can be seen swaying violently from one side to the other, caught in a torrid crosswind that threatened the lives of all on board. As the winds pick up, one side of the vessel dips below sea level, causing an influx of water to take hold. Within minutes, the upper deck is completely engulfed, turning the yacht on its end and slowly submerging the vessel entirely. Remarkably, no one was seriously injured, but the incredible speed at which the yacht sunk was a stark reminder of just how deadly the ocean can be. Taking to Facebook, the Catanzaro Coast Guard revealed that investigations into the accident are still ongoing.

“In the past few days, the CoastGuardia di Crotone has been engaged in coordinating rescue for the occupants of a 40-metre yacht, which started from Gallipoli and headed for Milazzo, then sank about nine miles off the coast of Catanzaro Marina,” the organisation wrote. “Complex activities that, with the involvement of the Crotone Commando’s CP321 motorway, as well as a unit operating in the Frontex, device and a tug in a room at the same Calabrian port, have allowed to pull in save the four passengers and five crew members.
The worsening of meteorological conditions, with the gradual and increasing tilt of the unit on its own straight, have made any attempt to beach the yacht, unknowingly in a short time, impractical. The identification of the causes that led to its collapse is at the centre of a targeted administrative investigation activity conducted by the Catanzaro Coast Guard Command.” 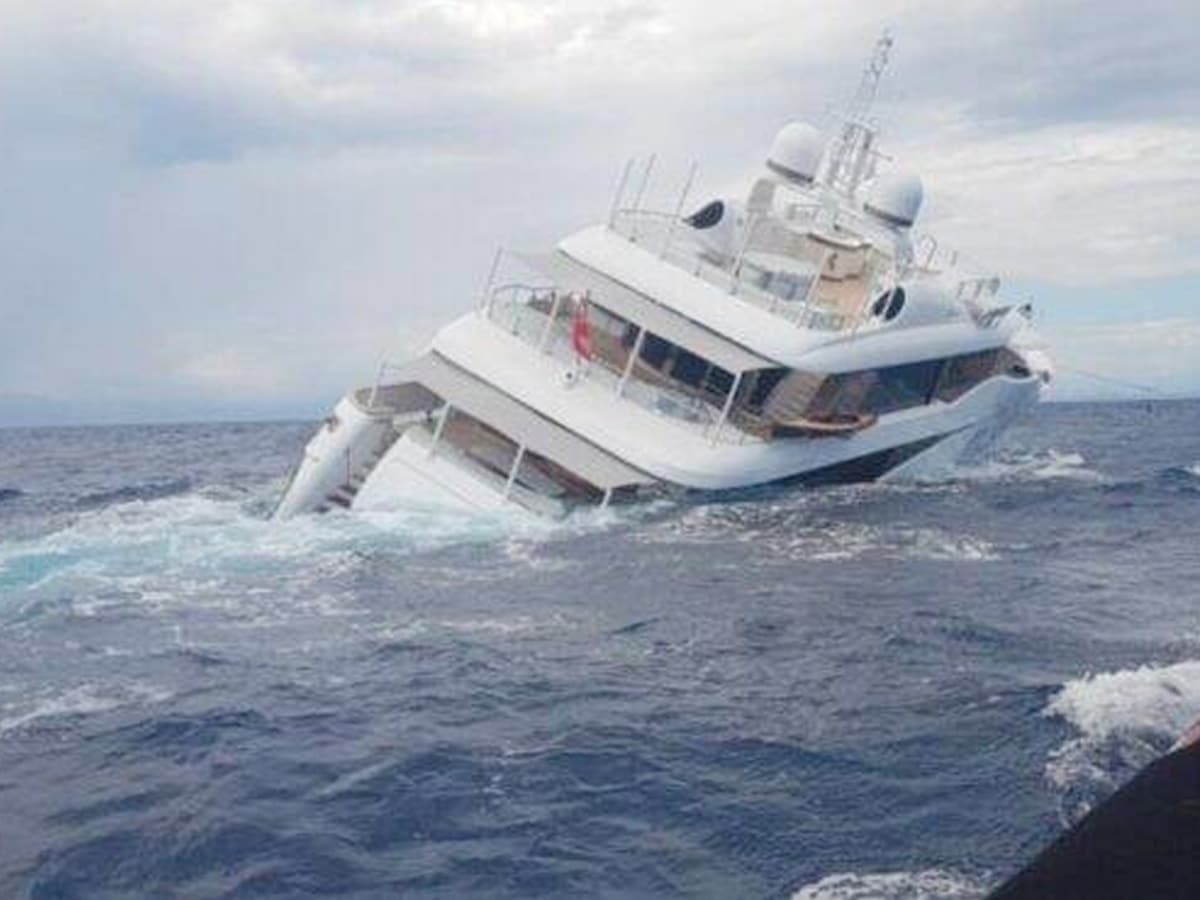 Further reports have indicated that a Romanian vehicle patrolling on behalf of the Frontex was sent to the site, along with a patrol boat, the CP 321, arriving from the Pythagorean capital. The first four passengers and a crew member were rescued via the Romanian patrol boat and subsequently moved onto the patrol boat, where they were then taken to the port of Catanzaro Marina, while the shipping company contacted a towing company from Crotone to try to recover the vessel. While a tug was on-hand to helm to rescue, difficult weather conditions made the task near impossible.

“Despite all the efforts made in this sense, however, the water soon reached the flybridge of the yacht and the conditions became dangerous even for the tugboat, thus forcing the decision to give up the unit, which sank in a very short time,” local publication Catanzaro Informa wrote. “The maritime personnel of the Saga who were on board the tugboat were transferred to the Coast Guard patrol boat to be accompanied to the port of Catanzaro Marina.”

While there’s no official word yet on just what went wrong, footage of the superyacht sinking in Italy has already gone viral. Publications across the globe are sharing images captured by the coastguard, generating thousands of comments. Needless to say, this isn’t the last we’ve heard of this Saga. We just hope they’ve got insurance. 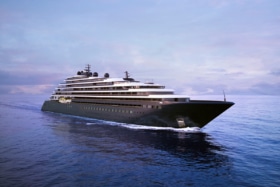 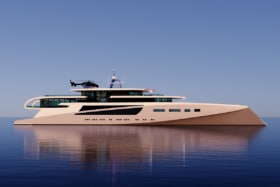 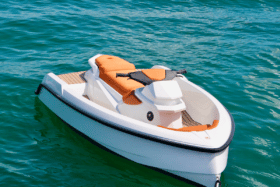 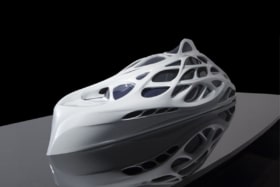 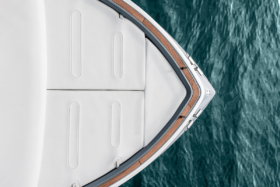