For automotive icons, the rise of electric vehicles has been an interesting development in the market. Some have resisted stepping into the new tech, where others, such as Porsche have thrust themselves headfirst into the EV category. And based on the German manufacturer’s latest electric effort, the 2020 Porsche Taycan, we’re glad they did.

The Taycan is the brand’s first pure electric car, satisfying the growing thirst for high-powered performance electrics, but even better, the new addition is a fair step down in price compared to some other models. The much-anticipated release is priced at AUD$191,000 plus on-road costs for the entry-level 4S, a reduction on the cost of the 911 Carrera by close to AUD$40,000. Not bad for a car that reportedly bests the 911 in the 0-100 dash by 0.2 seconds. Porsche revealed that three new Taycan models are set to hit Australia, the previously mentioned Taycan 4S, the Taycan Turbo and the flagship Taycan Turbo S vehicle. The flagship Turbo S is the release electric fans have been waiting for. In terms of power, the new addition can generate up to 560k/761PS (metric hp) of overboost power in combination with Launch Control. Incredibly, Porsche claims the Turbo S can accelerate from zero to 100kmh in just 2.8 seconds, matching the 911 GT2 RS.

The Taycan Turbo, on the other hand, takes a little longer to get to 100kmh, at 3.2 seconds. The high-performance vehicle puts out an impressive 500kW/680PS of power, has a range of 420km when fully charged and maxes out at 260kmh. Finally, the Taycan 4S boasts 390kW/530PS, along with 640nM of torque, performance output coupled with a two-speed transmission. The non-turbo version is no slouch, though. Porsche says the 4S accelerates from a standing start to 100kmh on 4.0 seconds, with a top speed of 250kmh.

Additionally, Porsche is offering a Performance Battery plus package for the Taycan 4S as an add on. The package increases battery capacity to 93.4kWh, boosting performance to 420kW/571PS. All three variations receive their own individual set of brakes, with the Turbo and Turbo S to receive 10-piston callipers. 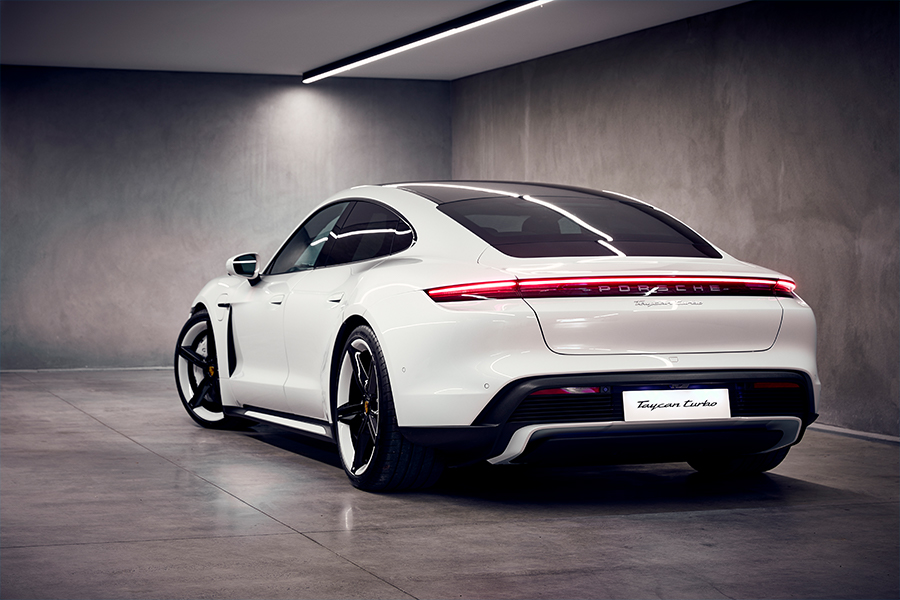 Porsche is heralding the Taycan range as the ‘beginning of a new era’ for the heritage brand, but the latest release is instantly recognisable. It features a similar sloping roofline and sculpted side sections that the 911 is known for. The pronounced shoulders of the wings also add to the classic Porsche aesthetic.

Inside, however, the Taycan is a new beast. A free-standing, curved instrument cluster headlines the dashboard, alongside a central 10.9-inch infotainment display. According to Porsche, the new interfaces were designed specifically for the Taycan, reducing the number of controls and switches, opting instead for smart technology and voice activation. 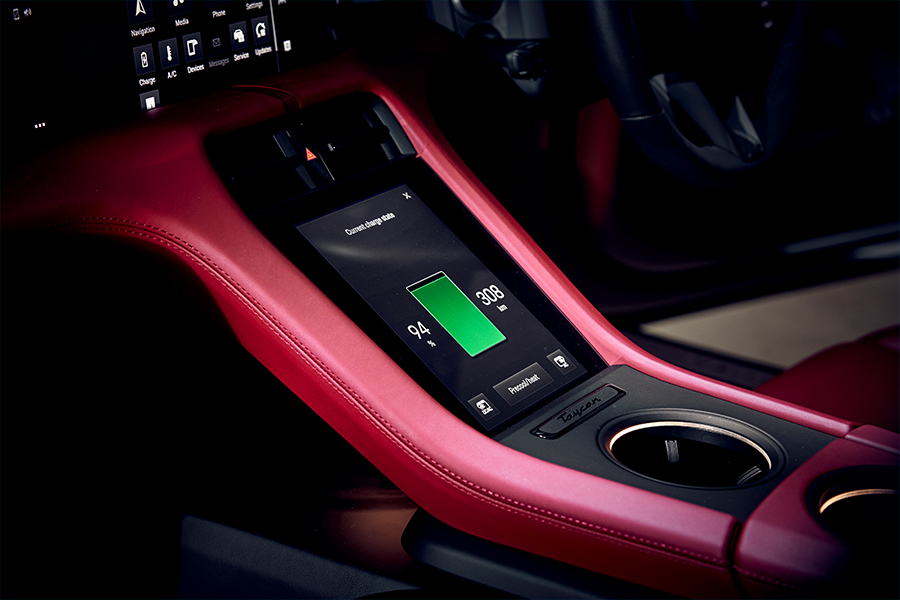 In terms of charging, the 2020 Porsche Taycan is the first production vehicle to make use of an 800 Volt system, up from the generic 400 volts. Porsche claims the new tech will deliver consistent high performance, reduce charging time and decrease the weight and installation space of the cabling. Aussie models come with a Mobile Charger Connect as standard, however, all new Taycan owners also score a free three-year subscription to the Chargefox Ultra-Rapid DC charging network. 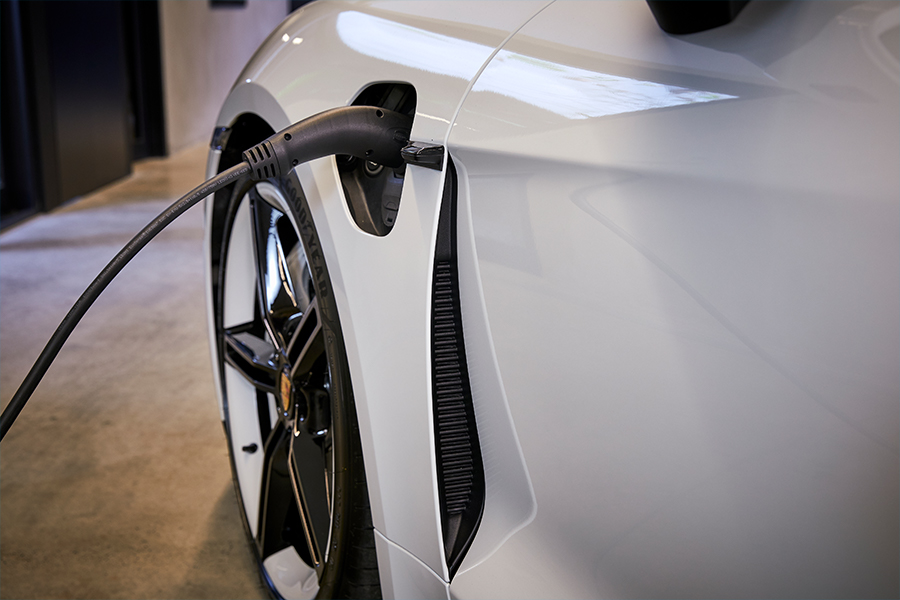 The hotly anticipated release was first unveiled to the public in 2019, causing a stir for automotive lovers across the globe. Here in Australia, Porsche fanatics have been eagerly awaiting an announcement that reveals the 2020 Porsche Taycan release date. On Wednesday evening, the German brand finally delivered.

According to Porsche, the 2020 Taycan electric vehicle has been confirmed to launch in Australia in December 2020. Right now, the Taycan 4S, Turbo and Turbo S are all available to pre-order via Porsche Centres around Australia.

Pricing for the 20202 Porsche Taycan models is as follows; 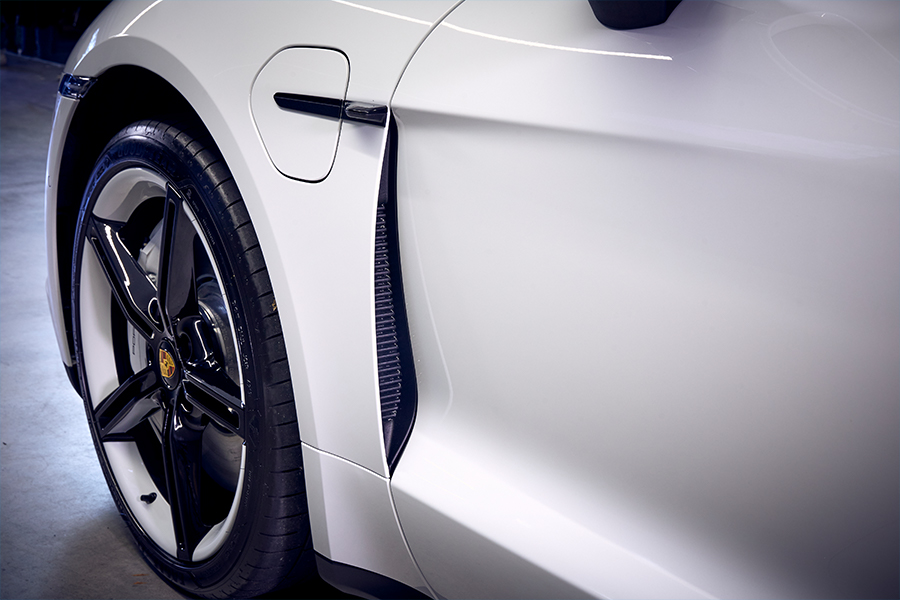 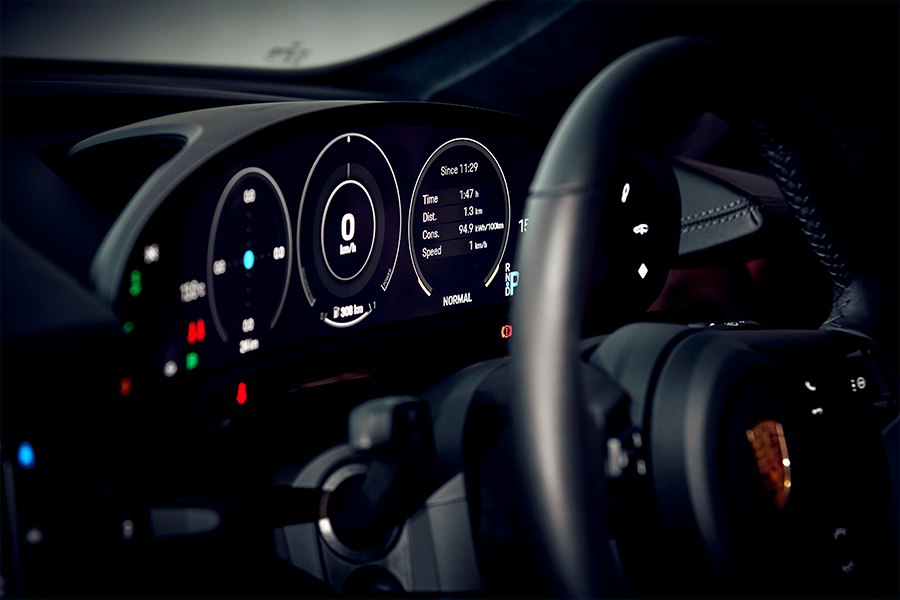