When Porsche unveiled the Taycan, a heralded a new era for EV performance. The ultimate all-electric weapon, Porsche’s take on the EV game was beautiful, powerful and remarkably adept for a first foray. Now, Porsche has done the impossible, building upon near-perfection with the 2022 Porsche Taycan and Taycan Cross Turismo. Unveiled last week, the next-gen versions of the hit EV bring a raft of ‘extensive changes’ to the already stellar performance vehicle. Most notably, Porsche is claiming the real-world range of the new Taycans will be greater for day-to-day use. Initial reports suggest that the WLTP figures will remain the same as the previous model, which offers around 300 miles of range depending on the configuration, however, the new software is set to deliver a slight boost.

Additionally, the batteries and dual-electric motors will stay the same, but the German icon has bumped up the electric powertrain to offering improved thermal management and charging. The implementation will increase charging times, through the use of a Turbo Charging Planner which essentially heats the battery. Outside of the range and EV standards, the 2022 Porsche Taycan has added a Remote Park Assist system, allowing the car to enter or exit a car space without the need for a driver. This innovation is delivered entirely through an app on your smartphone, making the task of parking your ultra-high performance vehicle in a tight spot far less intimidating. There is also Android Auto in the infotainment system, upgraded voice assistant, and a streamlined satellite navigation system.

But one of the most obvious updates comes on the outside. Porsche has added a new colour palette for the 2022 Porsche Taycan and Taycan Cross Turismo. The Paint to Sample scheme offers 65 heritage-inspired hues and tones, including Acid Green Rubystone Red. The marque put the throwback vibes to the ultimate test for the unveiling, photographing the new Taycan next to a 964-gen 911 for a true ’90s nostalgia hit.

“The latest generation of Taycan impresses with seamless smartphone connectivity, which now includes Android Auto,” says Kevin Giek, the vice president model line Taycan since April. “Our all-electric Taycan range is growing and thriving. The new Cross Turismo, which was added to the line-up in the spring, is proving extremely popular with our customers, as has been shown by the excellent number of orders being taken for it.”

Giek isn’t kidding around. The Taycan is now Porsche’s third best-selling vehicle in North America following the Cayenne and Macan. Porsche claims that 20,000 models were delivered in the first half of 2021 alone, on par with the iconic 911 in terms of sales. The 2022 Taycan is due to arrive by the end of the year and starts at USD$81,250. 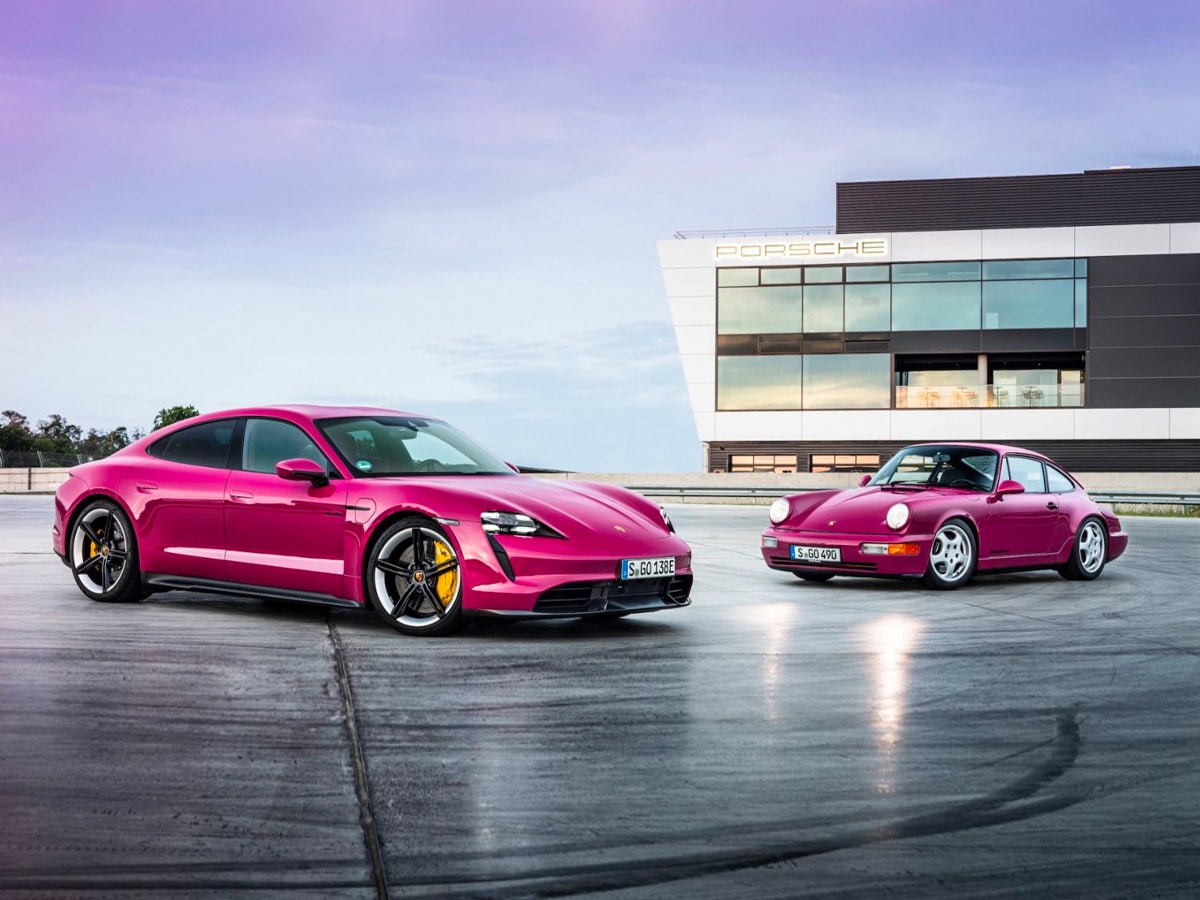