Toyota Land Cruisers are increasingly popular, and investing in one like Art and Speed’s 1965 Toyota FJ45 Pickup is a wise choice. The FJ45 long wheelbase is a much sought after model. Art and Speed’s decision to add a spring over conversion and a burly wheel and tire combo make this truck sit even taller. With such a tall stance, you would expect it to be able to crawl over just about any obstacles, but you might be surprised to know that it is still capable of 85 miles per hour on the highway. Originally, the FJ45 came with an in-cab gas tank, but that was replaced with a 23 gallon fuel cell mounted in the back. The truck is powered by a LS1 5.7 liter V8 with less than 5,000 miles capable of producing 390 horsepower. An NV4500 HD five speed manual transmission with a centerforce clutch rounds out the power of this little beauty. 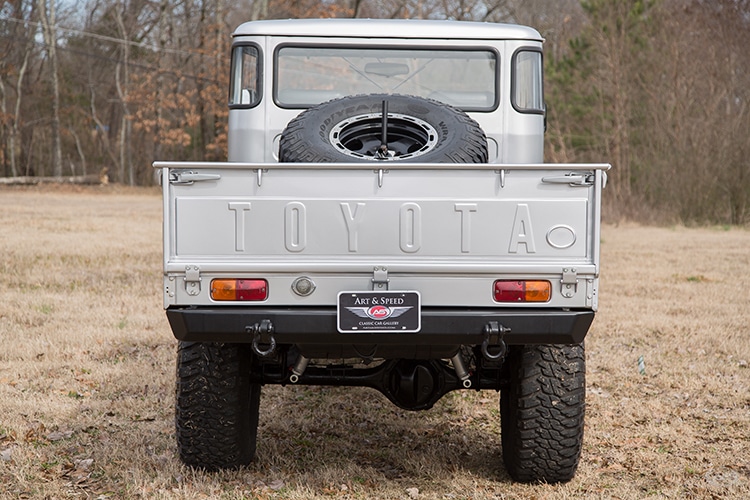 The truck has dual exhaust and has a Rhino lined bed and undercarriage. The exterior is finished in Audi TT Silver. On the inside, more Rhino lining covers the cab floor and the ceiling. The steering column is flaming river and the seats are custom leather and cloth recaro. A Tuffy locking center console has also been added. You’ll also be able to play our favorite music on a killer full custom stereo with and Alpine 12 disc CD changer and dual amps. 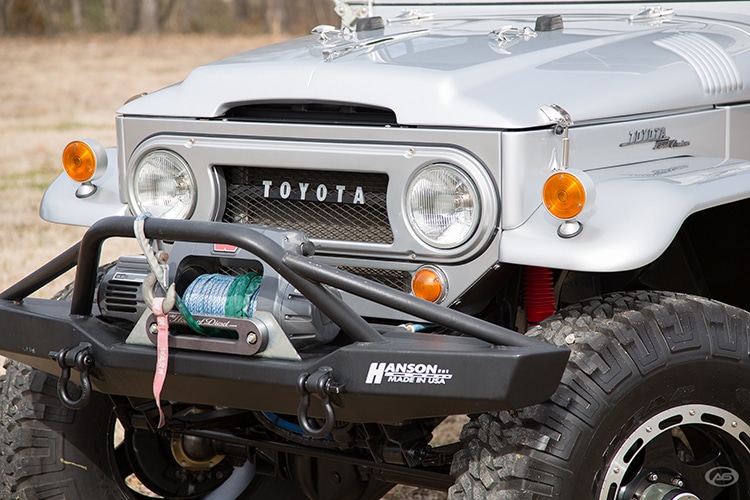 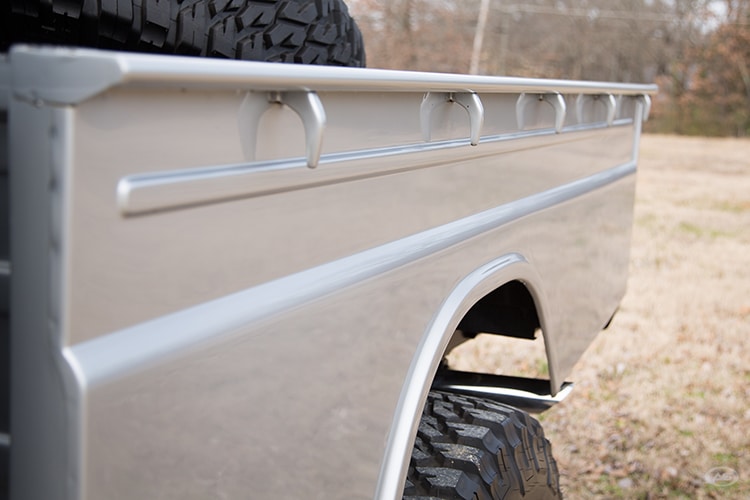 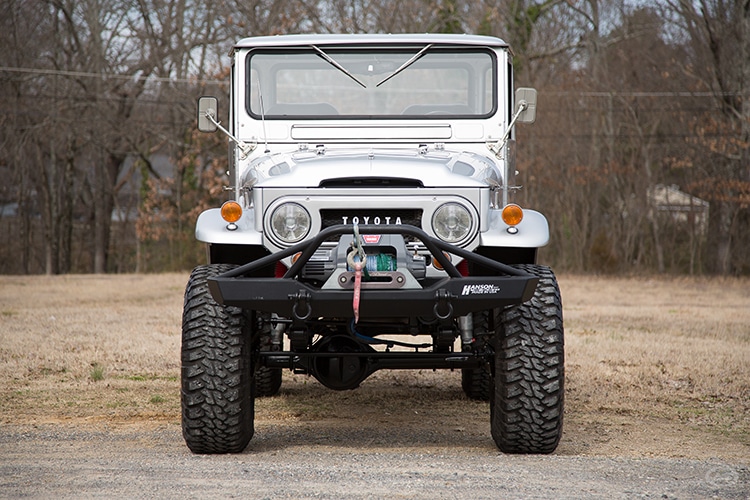 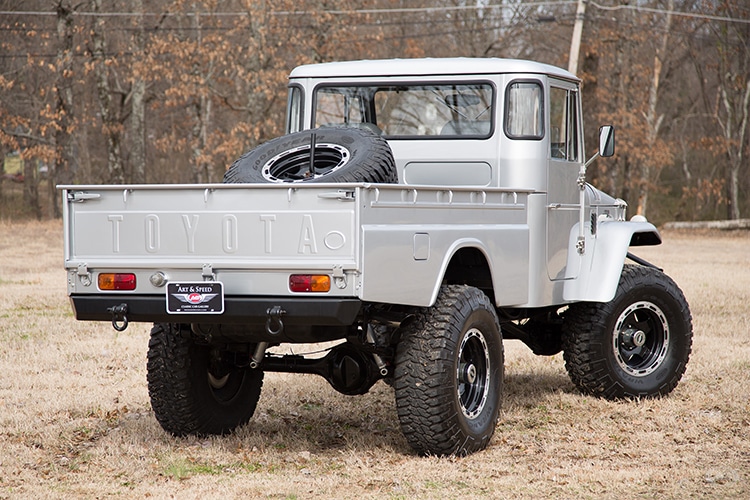 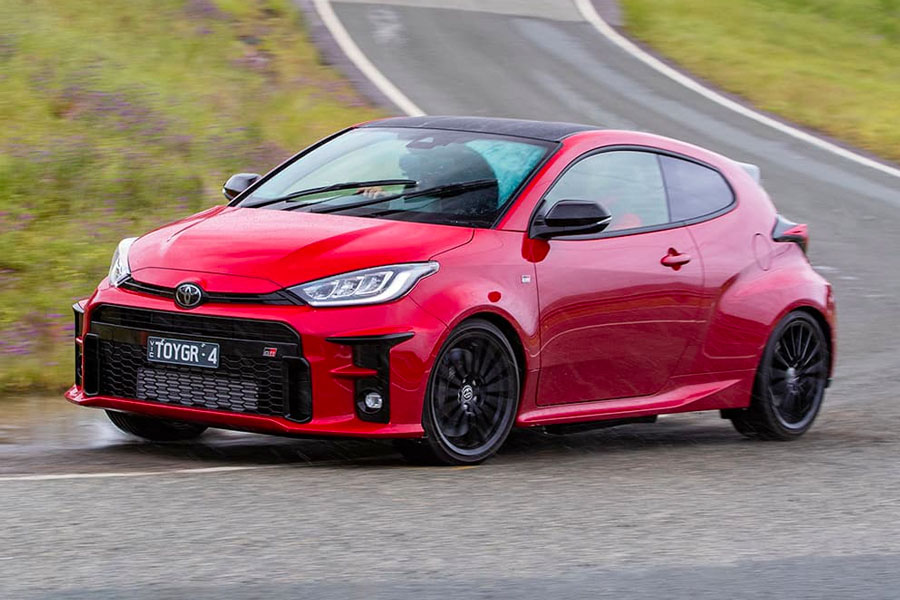