Not to be the bearer of bad tidings, but you missed out on your opportunity to own a Bugatti. The luxury carmaker recently announced the Bugatti Baby II, a 75 per cent scale replica of the 1924 Type 35 Lyon Grand Prix Car.

The $33,000 replica is just barely big enough for an adult to ride in thanks to an adjustable pedal box. The “car” is powered by a 1.3 horsepower engine and has a 12.4 mile per hour top speed in standard mode. You can unlock the adult mode and pick up an additional 5.4 horsepower and bump up the speed to 28 miles per hour. If you’re really looking to step things up, you can follow the example of the Chiron and the Veyron and pick up a “speed key” that pushed the engine up to 13.4 horsepower and eliminates the speed limiter altogether.

The electric motor is powered by a removable 1.4kWh battery, but you can upgrade that to 2.8kWh as well. That larger battery gives a range of about 19 miles. A remote control can kill the motor should a budding race car driver get a little out of hand. The car weighs 500 pounds. The standard car comes with a composite body, but for a little more, you can pick one up with a carbon fibre body and with the speed key.

Or if you’re really in the market for something special, go for the Baby II Pur Sang model, which features a hand-built aluminium body.

The name Baby II suggests that there must have been a first iteration of the car, and there was. In 1926, Ettore Bugatti built a half-scale type 35 with the help of his son Jean. The car was a gift for Ettore’s youngest son, Roland. Though it was intended to be a one-off for the boy’s fourth birthday, it became an official Bugatti vehicle and actually went into production, being sold from 1927 to 1936. 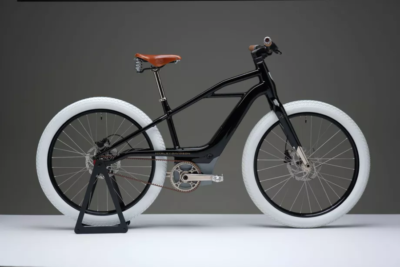