There aren’t many facilities in Australia that carry a “ secret “ status. Sure, you’ve got your military bases and government intelligence agencies, but for the most part, we’re a pretty approachable bunch. Holden’s proving ground in Lang Lang Victoria, is one of the exceptions. The test facility is set on a 877-acre site which was established in 1957 and has been the source of Chinese whispers ever since. From people camping inside the grounds to spy aircraft flying overhead, people stop at nothing just to grab a glimpse of what’s inside. Maybe Holden got sick of me asking questions about “ Australia’s area 51 “ when I was driving their Xtreme through opal mines, whatever the case, I wasn’t about to pass on my first invite to the Lion’s den. “All devices with cameras to be handed over, “ said the gruff security guard as I got to the first gate. Whilst I initially thought a ban on lenses may have been a tad over the top, it didn’t take me long to understand their reasoning. The entire facility is not just a vehicle improvement ground for Holden’s current fleet, parent company, General Motors, uses the grounds for all of their cars, including Chevrolet, GMC, and Cadillac. Needless to say, it didn’t take long before I saw a gang of cars covered in camouflage, de-badged, being driven out of various unmarked buildings and on to one of the many tracks inside this motoring labyrinth. 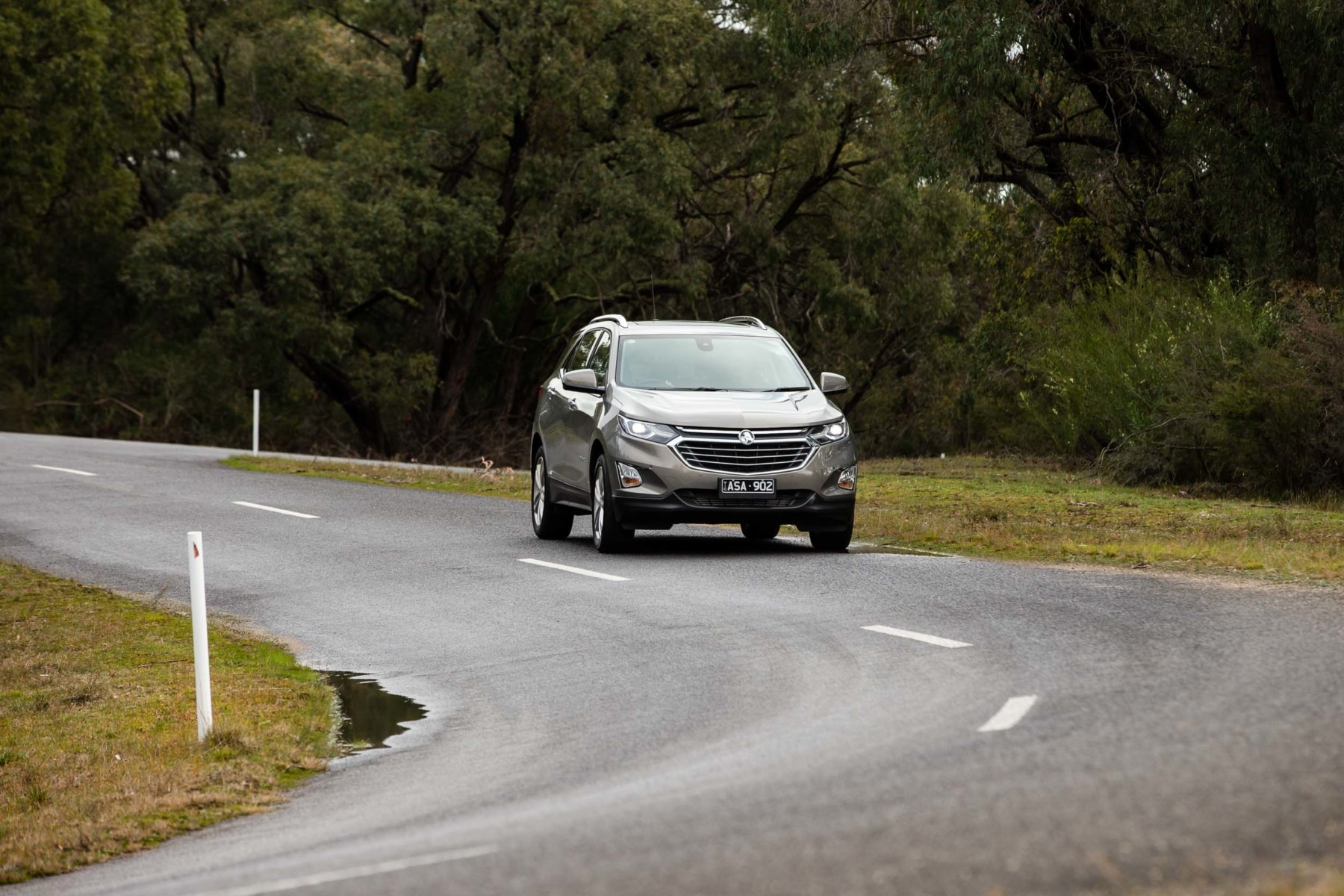 I pulled up in front of one of the newer looking buildings and had a bit of a sticky beak. “ This the Emissions shed mate, “ said a friendly Holden staffer who shall remain as anonymous as the car he was testing. In my pseudo-ethical reading of documents, I discovered that the lab was actually quite substantial. A cool $8.7 million was spent by General Motors, providing emissions tests to Australian, American and European vehicles, including the stringent Euro 6 benchmark. I then hopped between a few more unnamed buildings but was only met with locked doors and stern fingers. I eventually found a couple of oversized fridges and another anonymous engineer willing to dish some dirt. The fridges were, in fact, the “ climate-controlled test cells “ used to monitor vehicle behaviour and emissions in extreme temperatures. How extreme? Try as cold as minus 40 degrees and as hot as 50 degrees, and up to 3000 tests a year. Seeing that Australia’s highest recorded temperature was 50.7 degrees, and it’s lowest was minus 23 degrees, I think it’s safe to say that Holden has you covered. 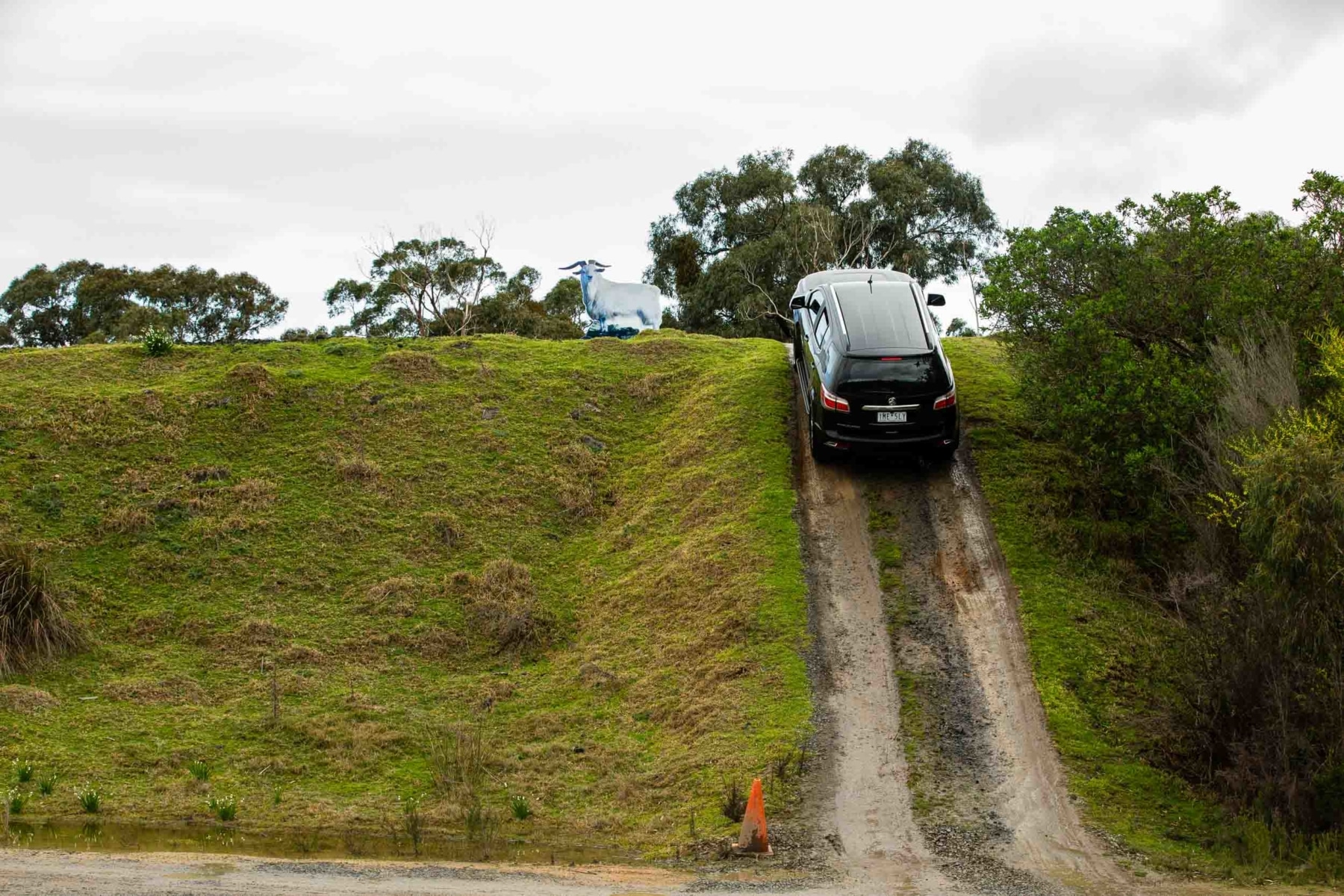 With all my snooping out of the way, Holden was ready to let me test some of their cars. The diverse network of tracks includes a banked high-speed circular track, ride and handling roads, rough tracks, a Hill Route, a twist course, a ‘rattle and squeak’ track, Skid Pad and mud baths. Whilst I would have happily driven any of their vehicles, Holden lined up the entire SUV fleet; Trax, Equinox, Trailblazer, Calais, and Acadia. I shimmied the little Turbo-charged Trax around the skid pan, taking out way more cones than I’d care to mention. In the Equinox, I took the hill route, pushing that 2.0L mid-size SUV through some pretty challenging off-camber turns and quick braking manoeuvres. The Trailblazer took me through the off-road track with ease and plowed through the mud bath with a depth that I wasn’t entirely comfortable with. The Calais was the most entertaining of the lot. A howling V6… A well-sorted chassis… And one of the twistiest dirt tracks I’ve ever come across. But my most impressive drive of the day was the big Holden Acadia. 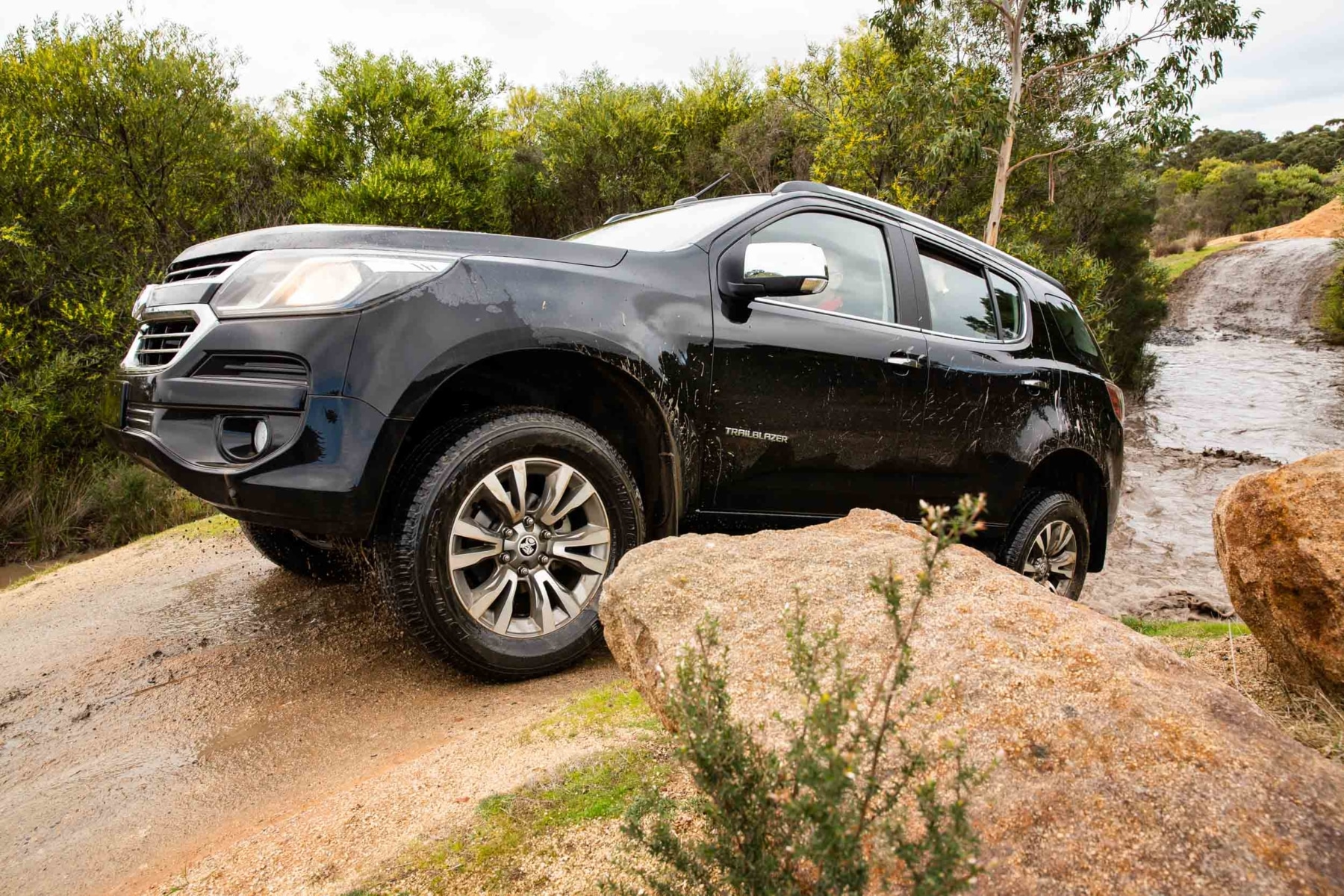 The theatre for my 7-seater SUV was none other than the banked, circular track. Fresh from receiving more than 7500 tonnes of asphalt, at an overall cost of $7.2 million, it was the closest thing to Daytona I’d driven on. With one of Holden’s suspension engineers on board, I completed a few flying laps at a speed that shouldn’t have felt as effortless as it had for a car that size. The engineer then asked me to stop the car so he can upload the drive settings for how the car is released in the US. I couldn’t believe the difference. The suspension wasn’t anywhere near as supple or confidence inspiring and it was clearly evident why the proving ground and Holden’s engineers are so valuable for the company. 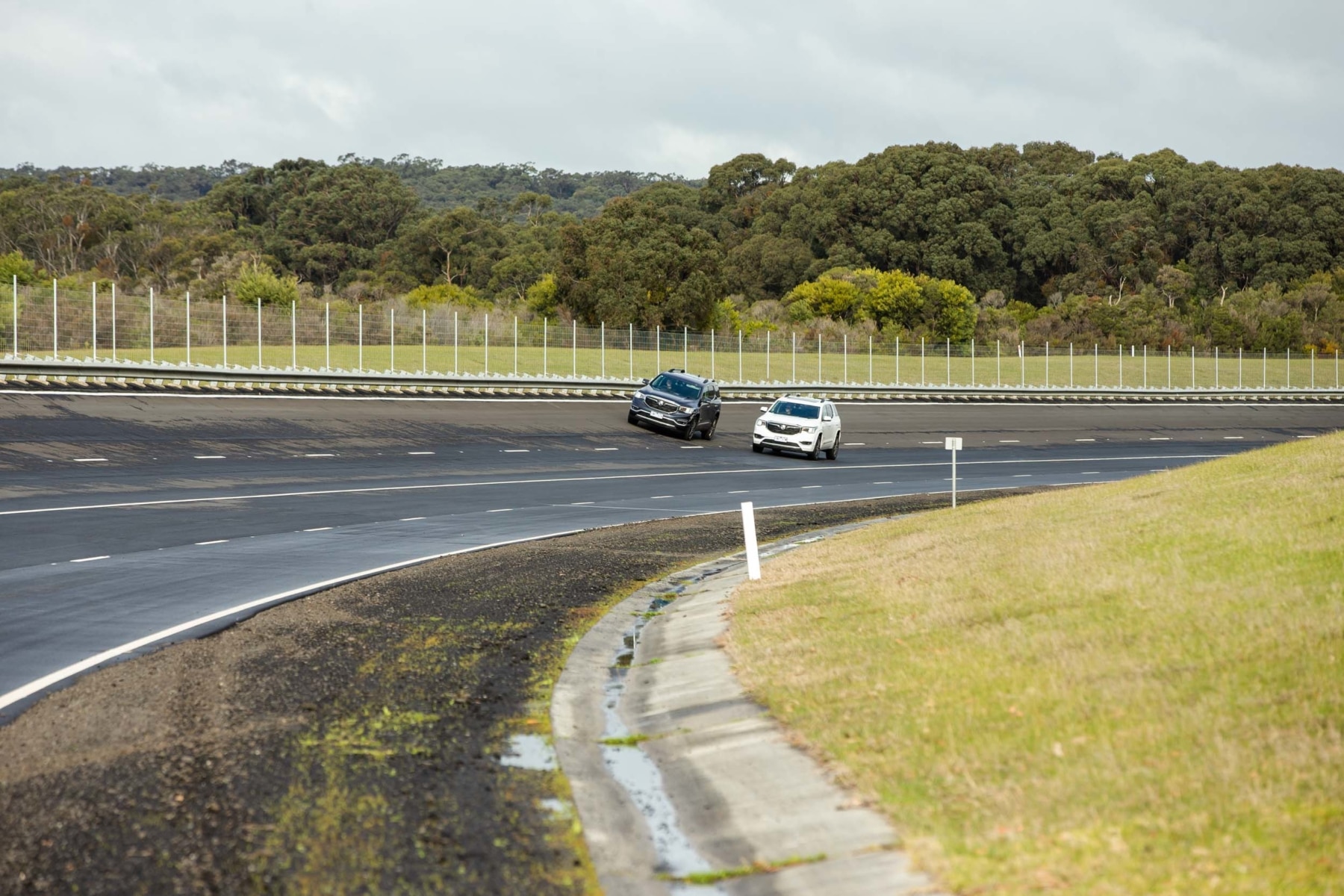 Holden test drivers and engineers have now clocked up more than 120 million kilometres at the proving ground. Whilst I just assumed it was a motoring playground of sorts, my day inside the facility revealed the tip of the engineering iceberg that exists within Lang Lang. Would I like to see an Australian-only model designed from the ground up by the talented team of Holden engineers? You betcha. But for now, at least, you can rest assured that every car that falls in the hands of Holden’s finest boffins will extract every last bit of performance out of that package. The facilities I used were some of the I’ve ever seen, and with General Motors investing heavily, it looks like the bean counters see it’s value as well. If your thought Holden were just ticking along, think again, it looks like they’re just getting started.

Videos
What are Google 3D Animals? The AR Tech Putting Lions in Your Living Room
Fitness
How Many Calories Should You Eat Per Day to Lose Weight?
Music
10 Best 8D Technology Audio Songs to Blow Your Mind

Sport
16 Best NBA Games of All Time and Where to Watch Them For Free
Smartphones
Hands-On with the Samsung Galaxy S20+ Smartphone
Outdoors
Gerber Linedriver Multi-tool Makes Fishing Less Frustrating
YOU MAY ALSO LIKE
Cars
1955 Jaguar D-Type Has a Valuable Past
Cars
8 Top Australian Car Brands to Rev You Up
Cars
1990 Mercedes-Benz 190E 2.5-16 Evolution II Auctioned Off
Cars
Win a 2020 Ford Mustang Shelby GT500 Plus $20,000!
Cars
The Rev Up - Car News #10
Cars
Peregrine Offers More than Power with Revenge GT 1
Cars
Let's Hope You're a Holden Family: Vintage Holden's Now Double in Price
Cars
Cruise Automated Cars Eliminates Drivers Altogether
Cars
The BMW 7 Tupac Shakur Was Shot in is Up for Auction
Make Your Inbox Great Again
Want to join our exclusive community?
TRENDING
Videos
What are Google 3D Animals? The AR Tech Putting Lions in Your Living Room
Fitness
How Many Calories Should You Eat Per Day to Lose Weight?
Advice
11 Best Notebooks That Are Not Moleskine
Music
10 Best 8D Technology Audio Songs to Blow Your Mind
Movies & TV, Sex & Dating
Pornhub is Handing Out Free Pornhub Premium Memberships For Everyone
Featured, Lifestyle
3 Reasons You Should Buy Lab-Grown Diamond Engagement Rings
Fitness
10 Best Surgical Face Masks to Reduce the Spread of Germs
Art
99+ Funny Zoom Virtual Backgrounds to Download
FOLLOW US ON INSTAGRAM @MANOFMANYTASTES
Want to join our exclusive community?