There’s a lot to be excited about the new 2020 TX ATV from Tomcar. For starters, the side-by-side is military spec, and was originally designed for the Israeli military. In fact, there are still plenty of this ATV in service around the world. Recently, Tomcar started making commercial-grade workhorses in their Phoenix Arizona, plant.

Now they’re launching a civilian model that will be street legal yet still capable of off-roading. 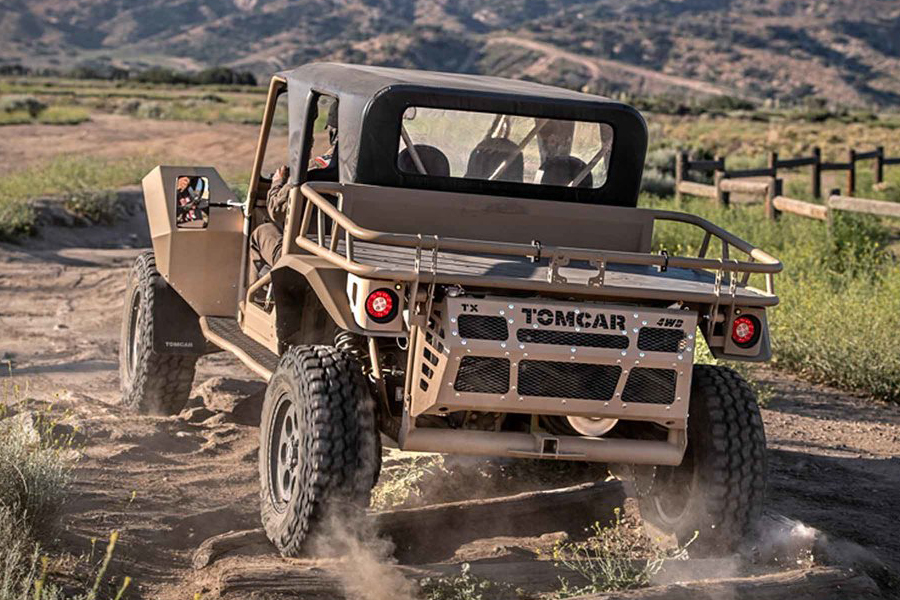 The ATV comes in three different layouts. The TX3 is a two-seater that adds in a pickup bed where the TX4 would have an extra pair of seats. The TX5 is a two-seater but has a shorter wheelbase. They all come with 17 inches of ground clearance, so you’ll be able to climb over just about any terrain. It’s lower centre of gravity also adds a layer of extra safety. The four-wheel independent suspension with adjustable dual-coil hydraulic shocks will take out all but the biggest bumps from your ride. And it’s built to take a beating.

The frame is fully welded out of armoured steel. Aircraft-grade aluminium is used for the skid plate. Powering the ATV is accomplished with either a 1.5L, 4 cylinder gas engine or a 96v 3 phase AC electric engine. The gas engine pumps out 107 horsepower and 80 lb-ft of torque; the electric comes out a bit ahead with 120 horsepower and 280 Nm of torque. This ATV is also a workhorse, with a huge payload, which varies by model (between 2,500 to 2,700 pounds). It also has an integrated roll cage and plenty of safety harnesses. 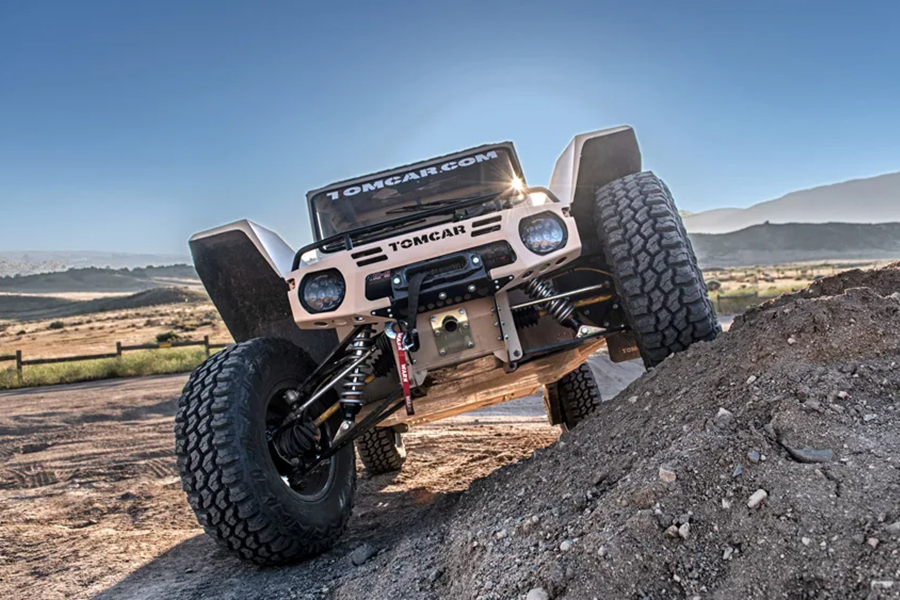 You also get a winch rated for 10,000 pounds, electronic power steering, dual-fuel tank, and a tow-inch towing hitch as standard equipment. Upgrades include an LED light bar, suspension seats, and an automotive windshield.

You can build your own Tomcat, and fortunately, it’s not that bad when it comes time to pay the bill. You can pick up a Tomcat TX for around $37,000 USD. 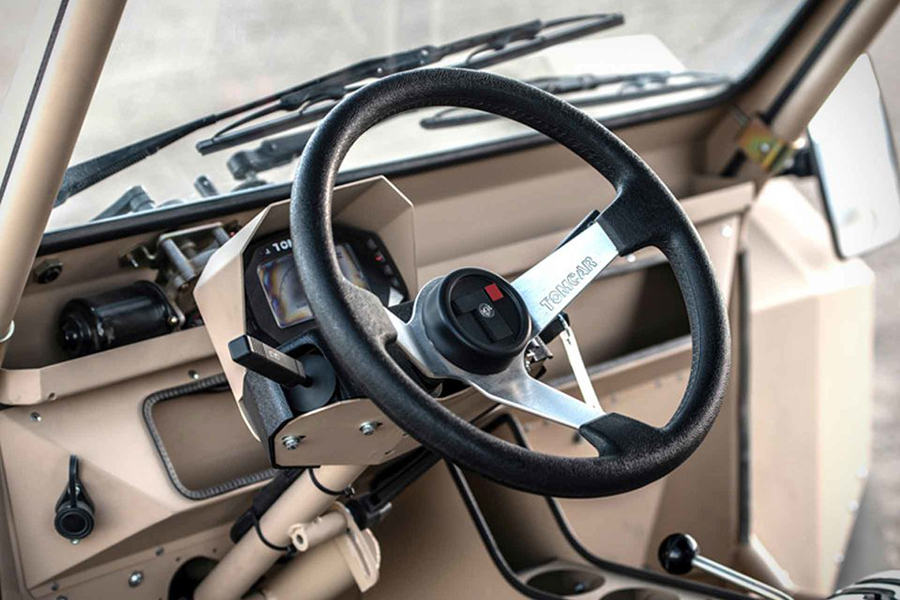 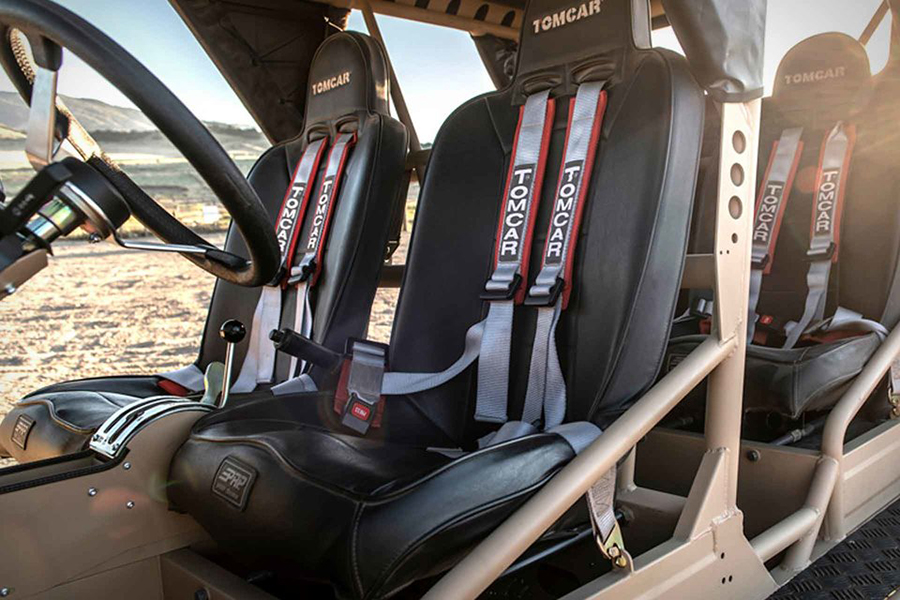 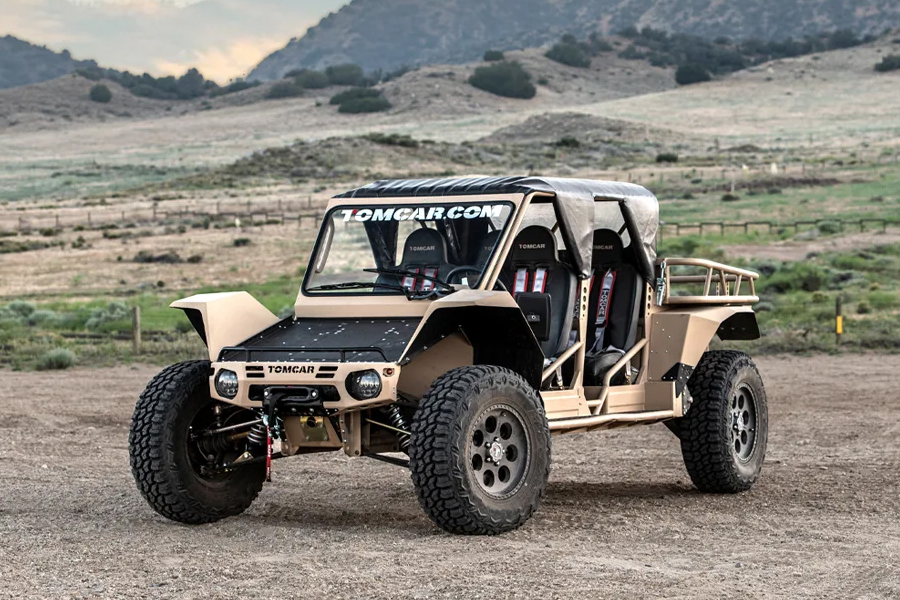