Forget what you may have read, size does matter – at least, that’s what Bang & Olufsen thinks. The Danish audio, entertainment and design firm has unveiled the Beovision Harmony 83″, the latest addition to its premier television lineup, arriving with a stunning 83-inch 4K OLED display capable of producing incredible picture quality at a remarkable scale. But as much as the new TV dwarves all others, there’s something to be said for its subtlety. In fact, sit this monster in the corner of your living room and you might not even realise what it is. 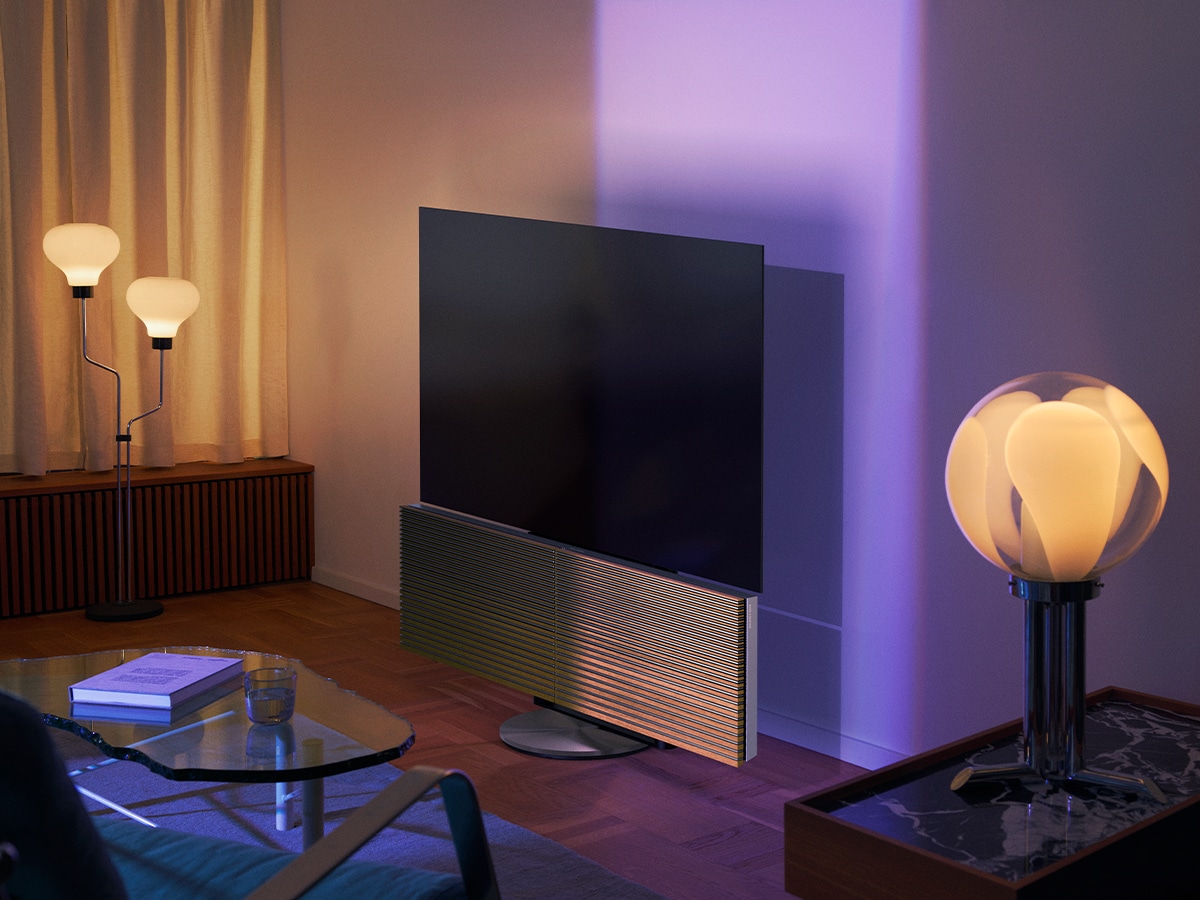 Much like B&O’s existing 65-inch and 77-inch 4K models, the new Beovision Harmony 83-inch features the unique Beovision SoundCentre speaker system. Taking the design language best explored in the Danish brand’s Beosound Level and Beolab 28 audio offerings, this fusion of crafted oak and aluminium is designed to meld form and function. More specifically, the front panels house the sound centre, which B&O claims have been “delicately tuned by hand and ear”. Better still, they work to hide the screen when not in use, only opening through an intricately choreographed sequence that reveals the massive display when prompted.

“The metamorphosis-like design means it’s the perfect welcome addition to any living space,” Bang & Olufsen said in a press release. “A piece of the architecture, hiding the presence of a big screen when it’s not being used for an immersive and mesmerizing viewing experience.” 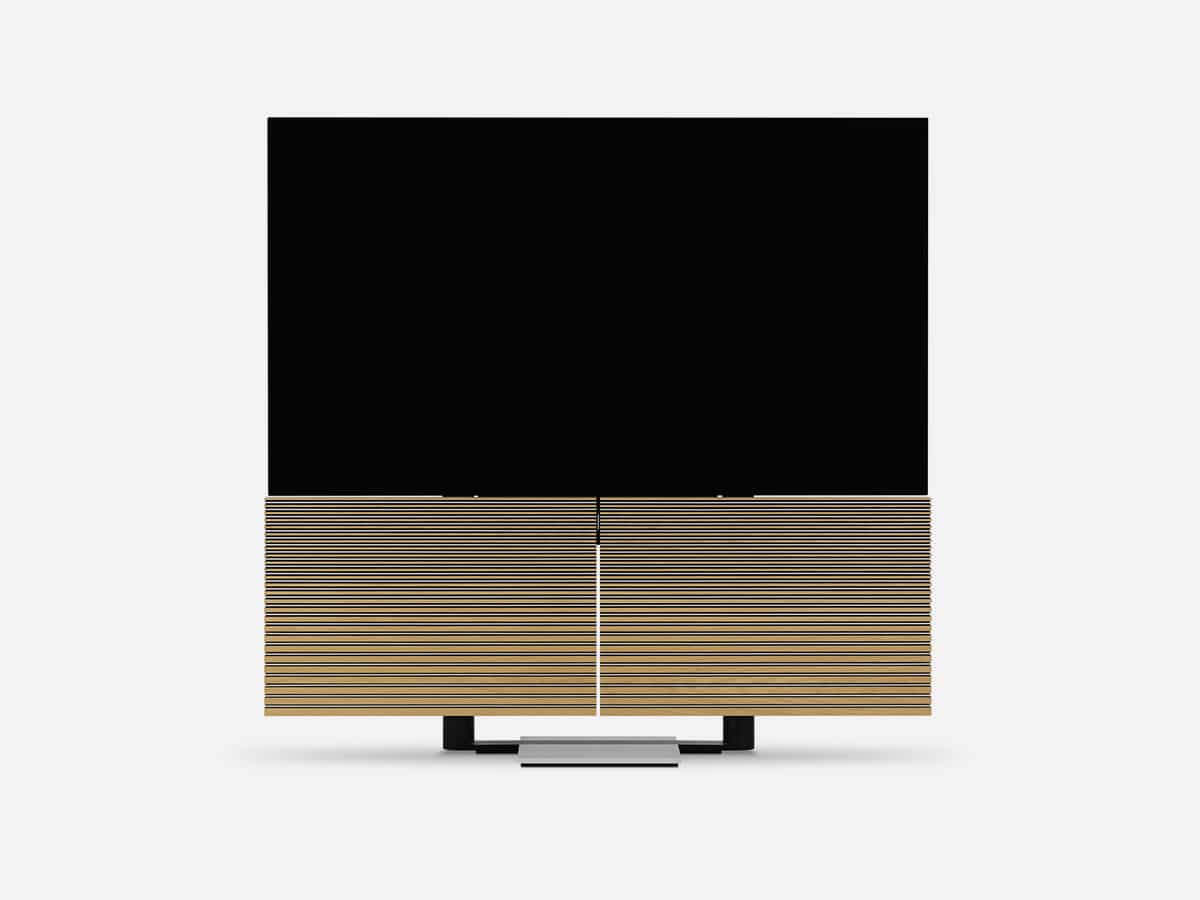 Aside from simply emerging from nothingness, the screen is designed to raise itself to perfect viewing height. B&O also claims the intricate grading pattern has been carefully designed to maximise the acoustic performance of the three-channel, fully active DSP-based sound centre.

In terms of the actual screen itself, B&O spared no expense in getting the picture right. A brand most synonymous with audio, the Danish design firm left the heavy lifting to LG, with the tech giant supplying the 83-inch display that is housed within the impressive structure. By all accounts, the new TV appears to be a modified version of the LG G-series, which offers LG’s webOS operating system and four HDMI 2.1 ports, making it a seriously enticing buy for gamers. That being said, B&O has confirmed that certain adaptations have been made to better improve compatibility with the company’s Beoremote One. 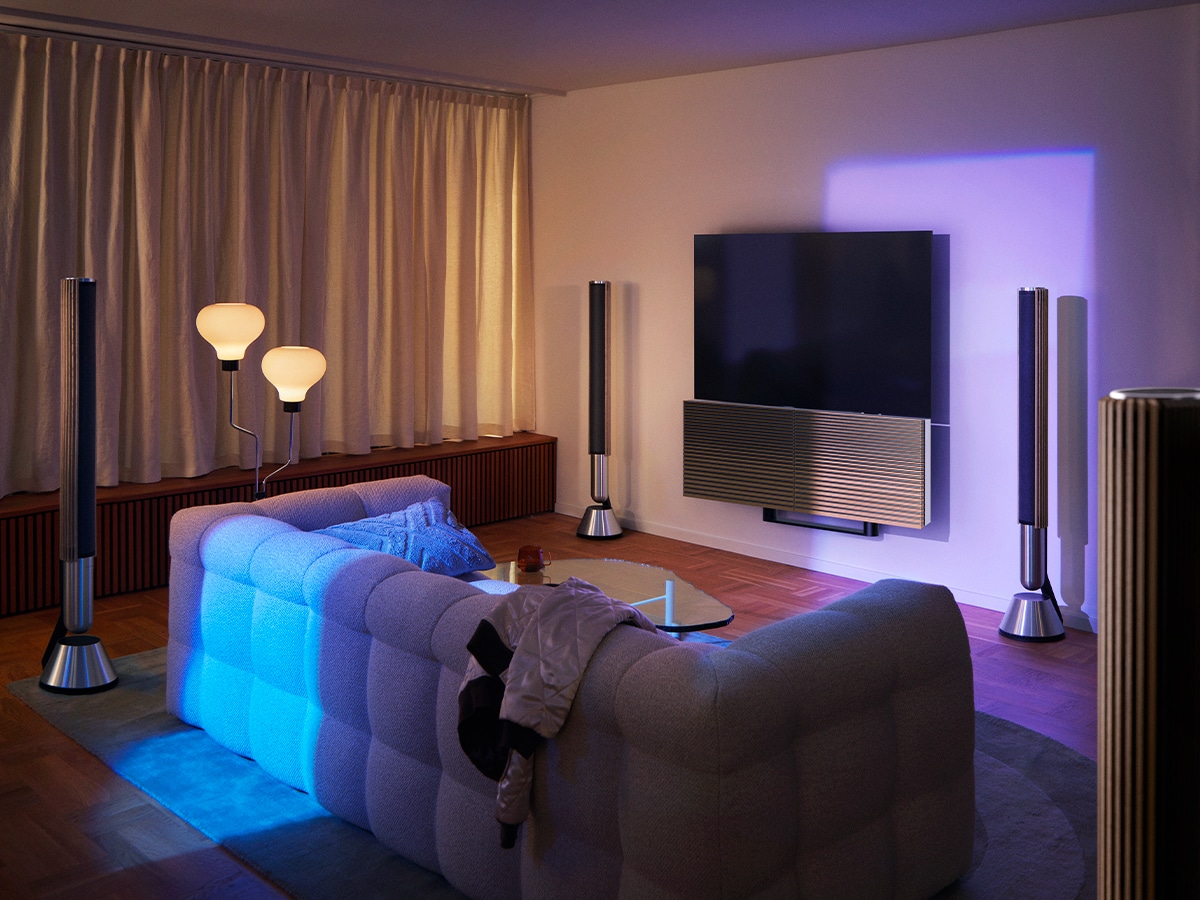 For example, the built-in 7.1 surround decoder allows you to connect up to eight wired B&O Beolab speakers, opening up the prospect of a multiroom system. B&O also confirmed that smartphone streaming will be available via Apple Airplay 2, Chromecast built-in or Bluetooth, with simple access to media service providers such as Netflix, Amazon and YouTube also on hand. 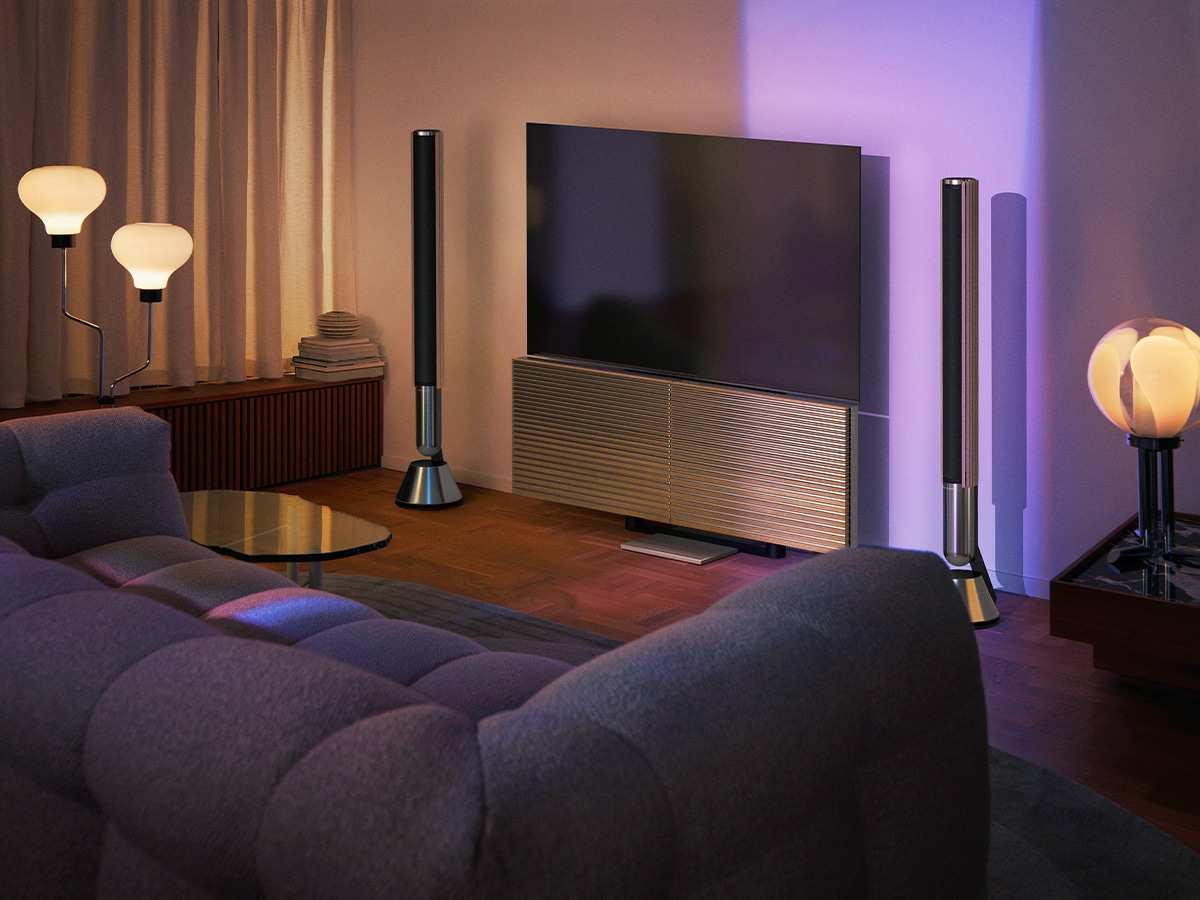