Cricket revels in its extensive, quirky and often-confusing use of vernacular. Between beamers, dibbly dobblers and silly mid-off, it would easy for the uninitiated viewer to assume the commentary team for the average cricket match was on LSD.

One of the most frequently-used pieces of cricket jargon – particularly if you’ve been glued to coverage of The Ashes over the past month – is reverse swing.

So what is reverse swing, how on earth do you do it, and who is best at it?

What is Swing Bowling?

In general terms, swing bowlers move the ball through the air in towards the batsman (inswinger) or away from the batsman (outswinger). This is achieved by how the bowler grips the ball, aligns the seam and positions the rough and shiny sides of the ball. The deviation of the ball from it’s expected path naturally makes a delivery more difficult for the batsman to play.

An inswinger presents a greater danger of a batsman being trapped leg before wicket or having their stumps rattled. Conversely an outswinger lures a batsman to ‘chase’ the ball, often catching the bats edge to be caught by the wicketkeeper or in the slips.

Conventional swing traditionally occurs while the ball is new. Bowlers utilise seam position to create swing. The angle of the seam creates a layer of turbulent air and this is what che ball to deviate. As the ball gets older and its surface becomes asymmetrical – through the fielding team shining one side of the ball and leaving the other to roughen – the seam becomes less of a factor.

How to Achieve Reverse Swing?

You’ve no doubt seen fielders and bowlers creating a laundry nightmare of their cricket whites by shining the bejusus out of one side of the ball on their thigh, as well as spitting on it and other rather unhygienic methods.

The other side of the ball naturally becomes rougher through wear and tear (definitely not by rubbing sandpaper on it…) and eventually the pits, tears and scratches become too deep, lessening normal swing. The relentless polishing and moistening of the shiny side alters the surface of the ball over time, meaning the greater air coverage – and, in turn, quicker secondary air-flow – is now on the shiny side. The ball then swings in the opposite direction as it does with normal swing – for example, a conventional inswinger (with the shiny side on the inside, closer to the batsman) would swing away from the batsman, and vice versa.

The tipping point is generally accepted as being around the 35-40 overs mark, though there have been examples of reserve swing occurring when the ball is 15-20 overs old. Certain conditions can expediate reverse swing, most notably cold or humid weather.

The make of ball can be a factor: the harder, Australian-made Kookabura balls break up and alter shape slower, so it usually takes longer and is less common for reserve swing to occur. The opposite is true with the English Duke balls, which are softer (and that’s why British types froth over reserve swing like it’s a royal wedding during their home Ashes series).

Reverse swing also tends to occur later when the ball is closer to the batsman, thus making it much harder to pick and play an appropriate shot. It has even been suggested that the rise of reverse swing is partly responsible for the dramatic decline of drawn Tests since 1990, with tailenders unable to combat it for long periods. Reverse swing is a potent weapon for any bowler to have in their arsenal – but some are more adept than others at it.

The Pioneers of Swing

History credits Safraz Nawaz, who took 177 wickets in 55 Tests for Pakistan from 1969-84, as the first great exponent of reverse swing. He once took 9/86 in an innings against Australia at the MCG to spearhead an upset win. Nawaz and teammate Sikander Bakht – a veteran of 26 Tests – developed the art of moving the old ball in the air, which at the time was something of a mystery to the wider cricketing world.

All-time great fast bowlers Dennis Lillee (Australia) and Richard Hadlee (New Zealand) dabbled in reverse swing, but it was predominantly the domain of Pakistan’s bowlers until the 1990s. Legendary all-rounder Imran Khan’s magnificent career tally of 362 wickets in 88 Tests was in large part due to the teachings of Nawaz, before iconic duo Wasim Akram and Waqar Younis took the reverse swing to new levels.

Akram took 414 wickets in 104 Tests for Pakistan – and his extraordinary proportion of lbw scalps (29 percent) is testament to his mastering of reverse swing. The deviation in the air he created turned the 1992 World Cup final on its head, bowling Allan Lamb and Chris Lewis in consecutive, mystifying deliveries to set Pakistan on course for a historic victory.

England really got in on the reverse swing act in the early-to-mid 2000s. Tall pacemen Simon Jones and Andrew Flintoff were particularly adept, dominating the 2005 Ashes in which England ended a long series-winning drought against Australia.

The Modern Purveyors of Reverse Swing

Recently retired stalwarts such as India’s Zaheer Khan (311 wickets in 92 Tests) and South Africa’s Dale Steyn (439 wickets in 93 Tests) are among the best exponents of reverse swing in the last decade.

But England’s record wicket-taker James Anderson (575 wickets in 149 Tests) is the current player the term is most frequently attached to. His injury absence from all but the opening stages of this year’s Ashes series – with the Duke ball and English conditions favourable to reverse swing – has been a major factor in the hosts’ series loss.

Anderson’s teammates, Ben Stokes and Steven Finn, have also produced outstanding exhibitions of reverse swing bowling at times. Kiwi workhorse Neil Wagner’s ability to extract prodigious reverse swing has made him a valued member of the New Zealand Test side.

Indian sensation Jasprit Bumrah looks set to dominate the game for the next decade, with his unorthodox, high-arm action a nightmare for opposition batsmen. The pace he generates also allows him to create reverse swing with a relatively new ball – another step in the evolution of one of cricket’s most mythical (yet characteristically scientific) phenomena. 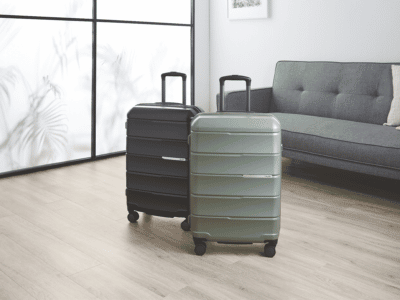 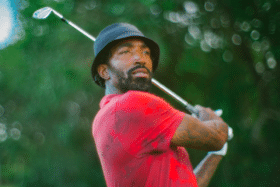