Happy belated new year everyone, and welcome to the year’s first instalment of Celebrity Watches of the Month. In this month’s round-up we’ve got UFC superstar Conor McGregor flexing with his diamond-encrusted Rolex, funny-man Kevin Hart courtside with a solid gold uber-grail, along with star Real Madrid striker Karim Benzema making a style statement with his white gold Patek Philippe.

Read on and enjoy another Celebrity Watches of the Month! 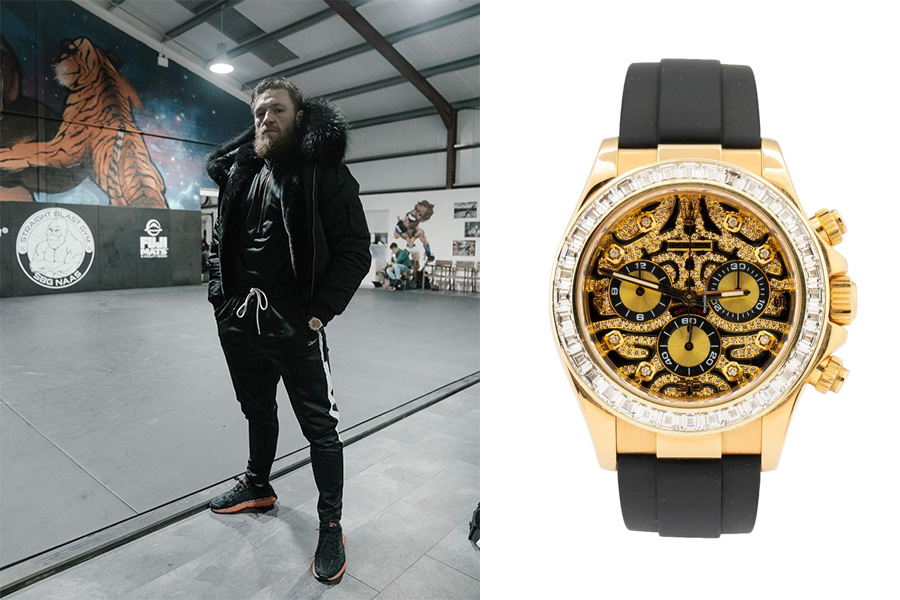 Never one to be afraid of mixing things up, pictured here is Conor McGregor pairing an ultra-luxe tracksuit with his infamous Rolex Daytona 116588 TBR. With a hand-embroided gold dial encrusted with hundreds of dials, the Notorious One seems at ease with this style balancing act. Not many can pull this off — McGregor clearly not giving a “fook” what anyone thinks! 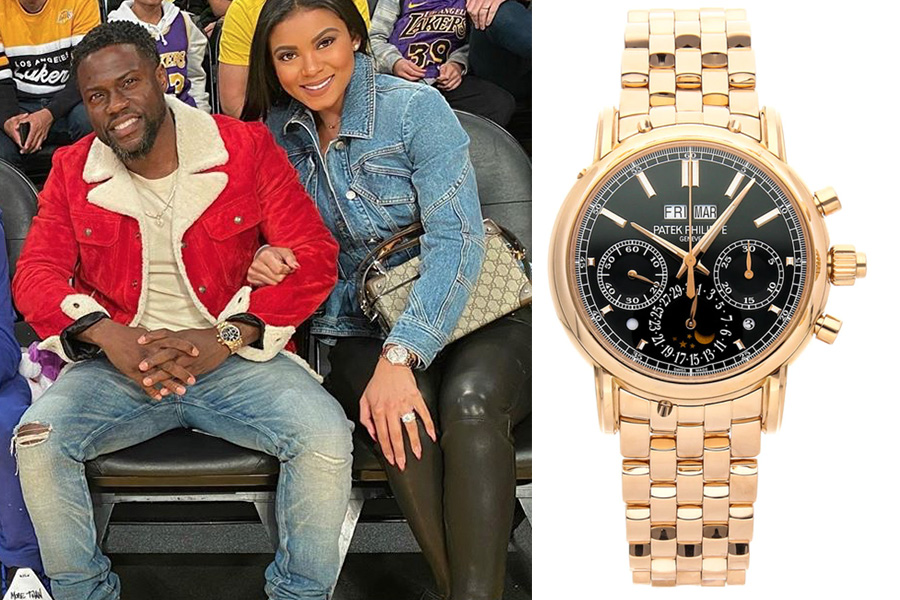 Courtside with a Hart of Gold

Kevin Hart was spotted wearing what is perhaps one of the world’s most desirable watches, the iconic Patek Philippe Perpetual Calendar Split-Seconds Chronograph in rose gold. Hart has been known to flaunt his extensive collection of timepieces, predominantly made up pieces from Patek Philippe and Audemars Piguet, here he is sitting courtside at a Clippers/Lakers game about as merry as one can be. 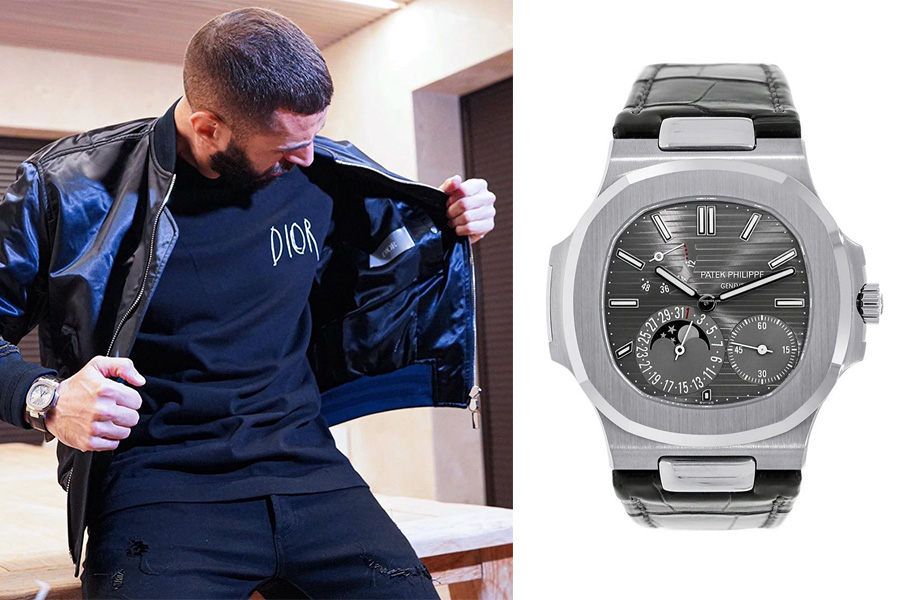 Real Madrid and France frontman Karim Benzema is seen here wearing a white gold variation of the highly sought after Patek Philippe 5712 Nautilus. Somewhat of a style icon, Benzema’s approach to showing off his white gold masterpiece is subdued but very much focused on that precious metal mass on his right wrist. 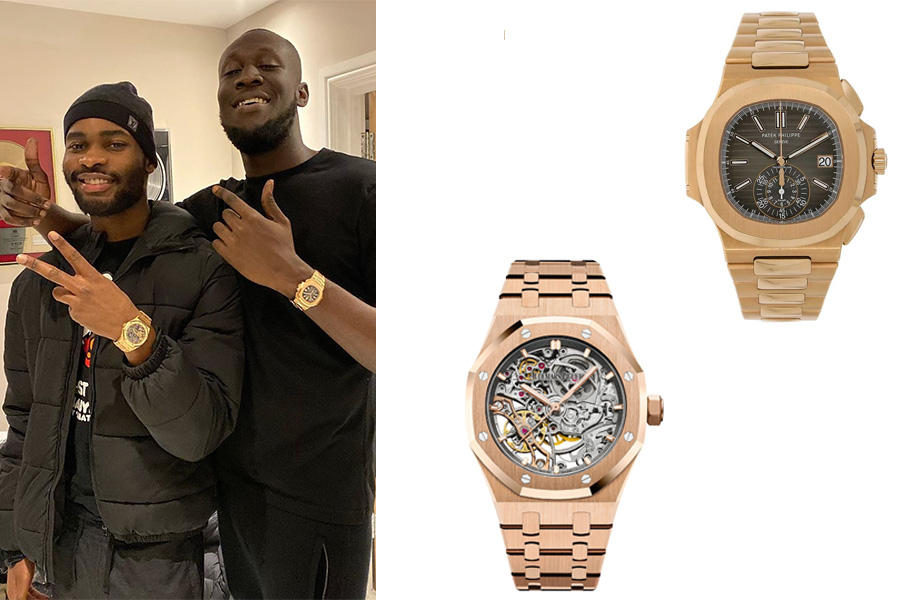 UK rappers Dave and Stormzy were seen here wearing some absolutely heavyweights. Dave, on the left, is seen wearing the beast that is the solid gold Audemars Piguet Royal Oak Double Balance Wheel Openworked, while Stormzy, on the right is wearing the drool-worthy solid gold Patek Philippe 5980 Nautilus Chronograph. I’d be happy with either. Or both. 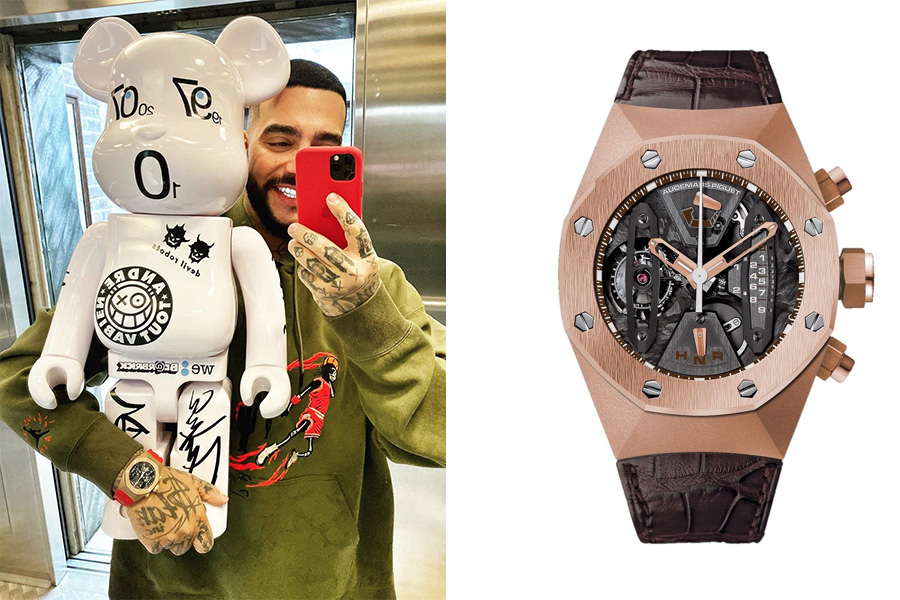 From Russia, With Love

Russian-born hip-hop artist, producer and actor Timati has a penchant for the finer things in life. And it seems that his love for all things krasni (which means red in Russian) extends beyond is iPhone case. Here he is pictured with something akin to a horological unicorn, a solid gold Audemars Piguet Royal Oak Concept Tourbillon Chronograph, paired with a striking red strap. And you know what? It absolutely works! 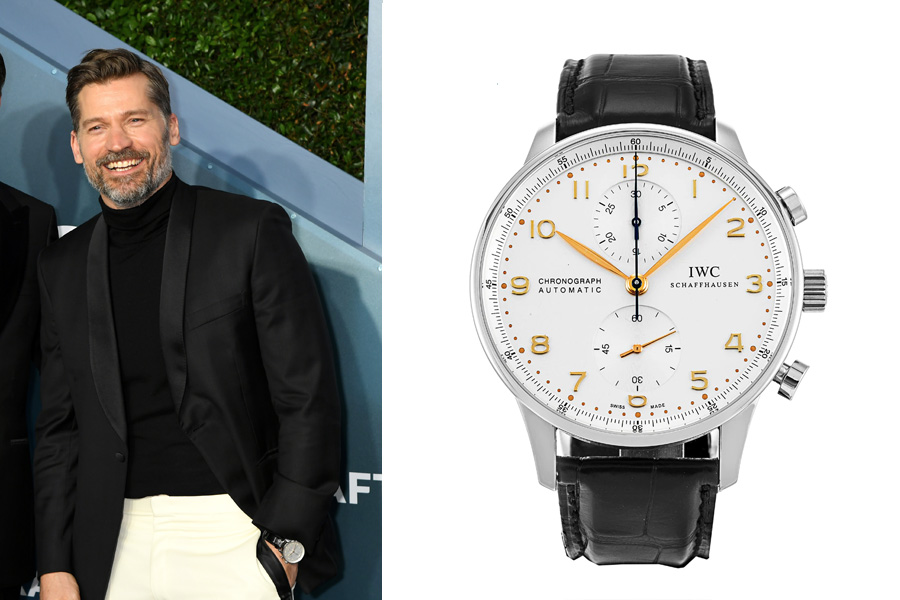 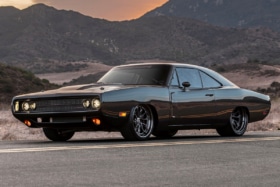 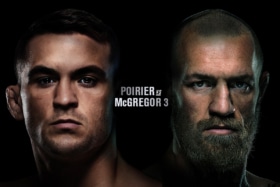 Sport
How to Watch Poirier vs McGregor 3 in Australia