In early April, renowned luxury brand Burberry unveiled an incredible new line of men’s fragrance, aptly named Mr. Burberry. The fragrance is the result of a painstaking collaboration between Chief Executive Officer Christopher Bailey and world-famous perfumer Francis Kukdjian. Like the company itself, Mr. Burberry combines the spirit of tradition with forward-thinking momentum all in one entity, and furthermore personifies the wonderful contrasts of London by fusing classic British perfumery with unexpected ingredients. Launching the product into the global stratosphere was a stunning music video directed by visionary Oscar winner Steve McQueen. Every spare frame of the video simply oozes with McQueen’s sophisticated knack for distilling pure sensuality out of a modern day urban landscape. Mr. Burberry is surely off to an astonishing start.

Upon removing the cap of the eau de toilette, expect zesty notes of grapefruit with an underlying base of earthiness, smoke and wood. Again, the scent captures the essence of London and thereby exudes a bouquet of contrasts–sophisticated yet playful, elegant but not sanitized or diluted. But that’s merely scratching the surface of what Bailey and Kukdjian aimed to achieve with this fragrance. After all, we’re talking about a company where “Heritage” is literally the name of their signature product line (though equally worthy of note is that their earliest registered trademark contained the Latin word “Prorsum”, meaning forwards, which just goes to strengthen the company’s dual fold objective of preserving the past while carving out the future). 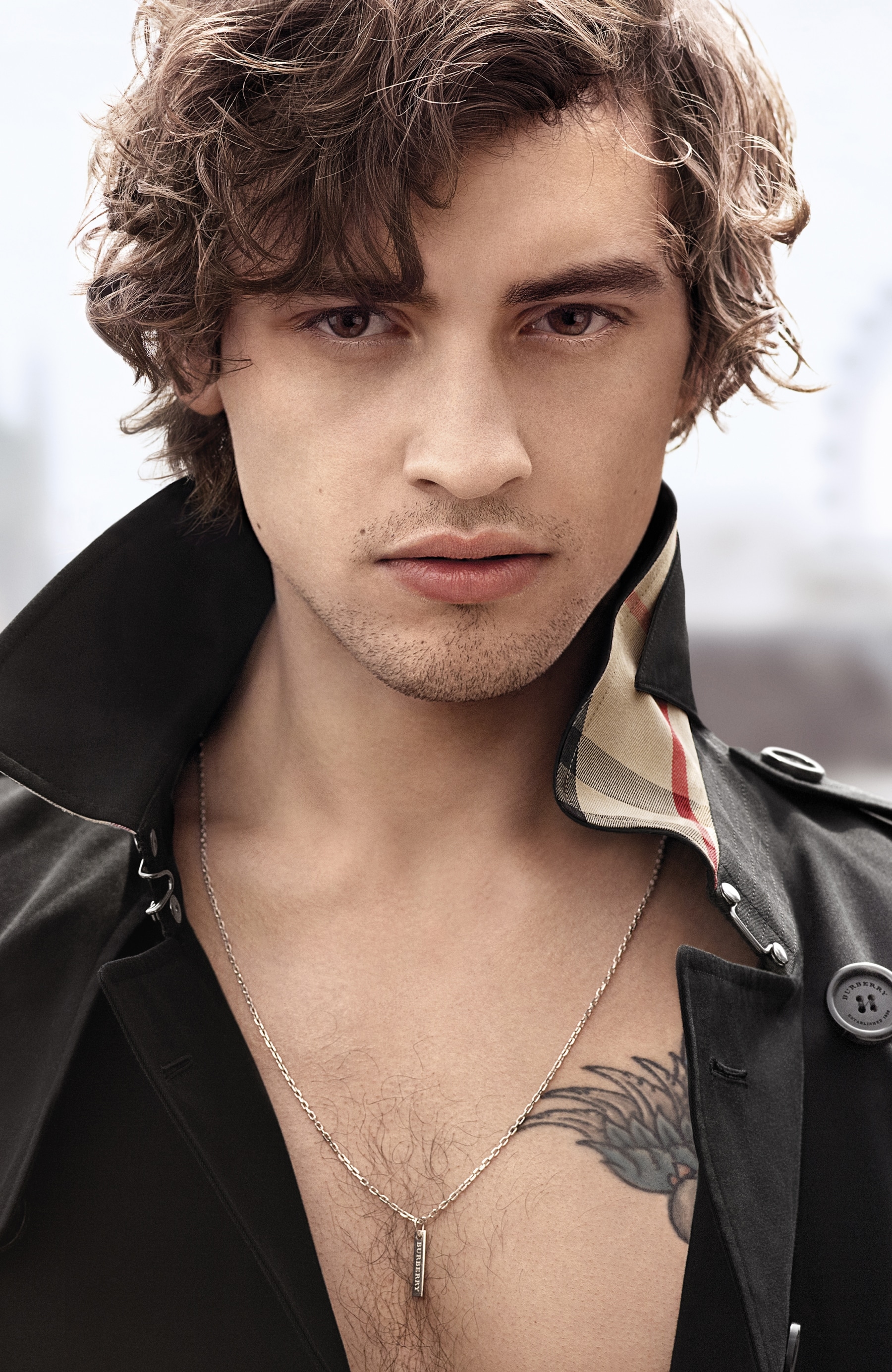 Beyond encapsulating the spirit of a city is therefore the broader and almost Herculean achievement of putting time in a bottle (try not to get the Jim Croce song stuck in your head). Not just the past, mind you, but the past, present and future of both western civilization and more specifically the Burberry brand. For instance, the bottle’s design was directly inspired by Burberry’s iconic black Heritage Trench Coat. The weighted cap makes reference to the coat’s horn-look buttons. The hand-tied knot sitting around the neck of the bottle is made of English-woven black gabardine, the trailblazing water-resistant fabric invented by Thomas Burberry himself in the 1800s. 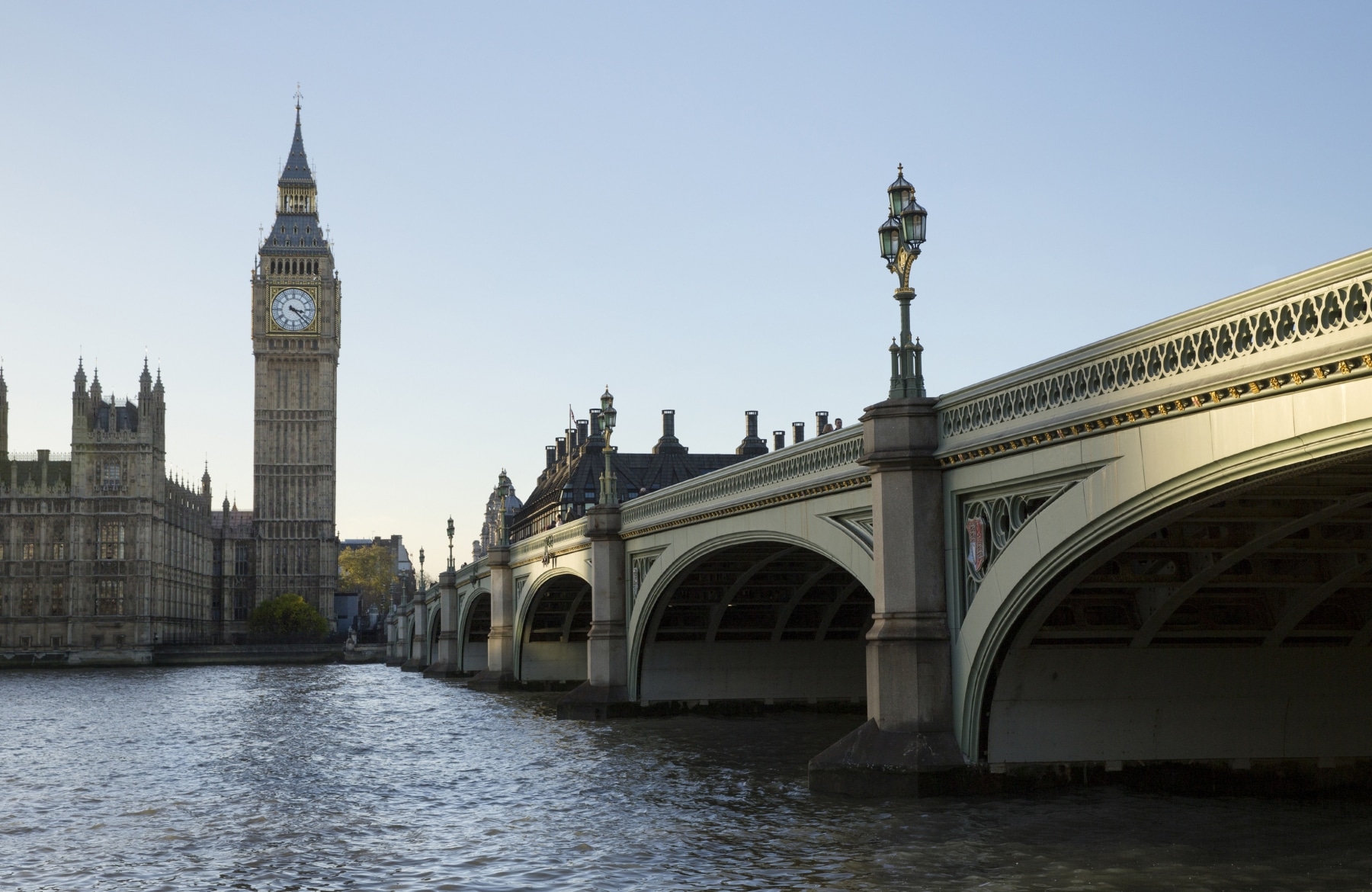 Which brings us to a word so important to the progression of culture it needs to be isolated: history. The things we wear, or watch, or even say are all part of a cultural DNA sequence going back to the dawn of man, though for the sake of economy we’ll stop at the dawn of one man in particular in the mid to late 1800s. That man was Thomas Burberry, a modest draper’s apprentice with the aptitude of a brilliant entrepreneur. In the drape industry, Burberry learned the value of durability in fabric, a lesson he would apply toward inventing gabardine and patenting the technology in 1879. Gabardine is a surprisingly light, ultra strong, tightly woven water-proof fabric that can withstand harsh weather without constricting the wearer. This radical, pioneering material would become the foundation of the Burberry brand. 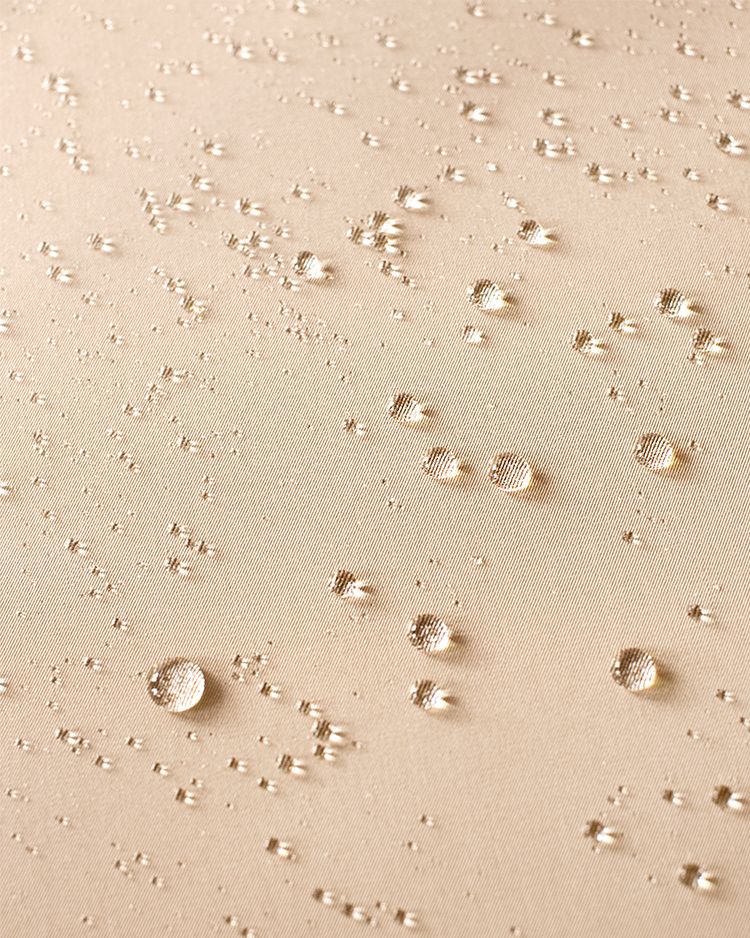 Naturally, success didn’t happen overnight, and one of Burberry’s first major strategic moves was to outfit the famous explorer Roald Amundsen, who wore gabardine coats as he journeyed to the South Pole with a small team of fellow adventurers. A few years later, explorer Ernest Shackleton would lead an expedition across freezing Antarctica, again outfitted by Burberry and his patented gabardine coats. But history wouldn’t truly be made until World War One, when Burberry was commissioned by the British army to design a coat that was more adaptable to the demands of modern warfare–a coat for the “trenches” if you would. The trench coat was born. Yes, like so many things that would go on to become mainstays of the civilized world (ahem, the Internet for example), the trench coat was initially designed for practical military use among high-ranking officers. 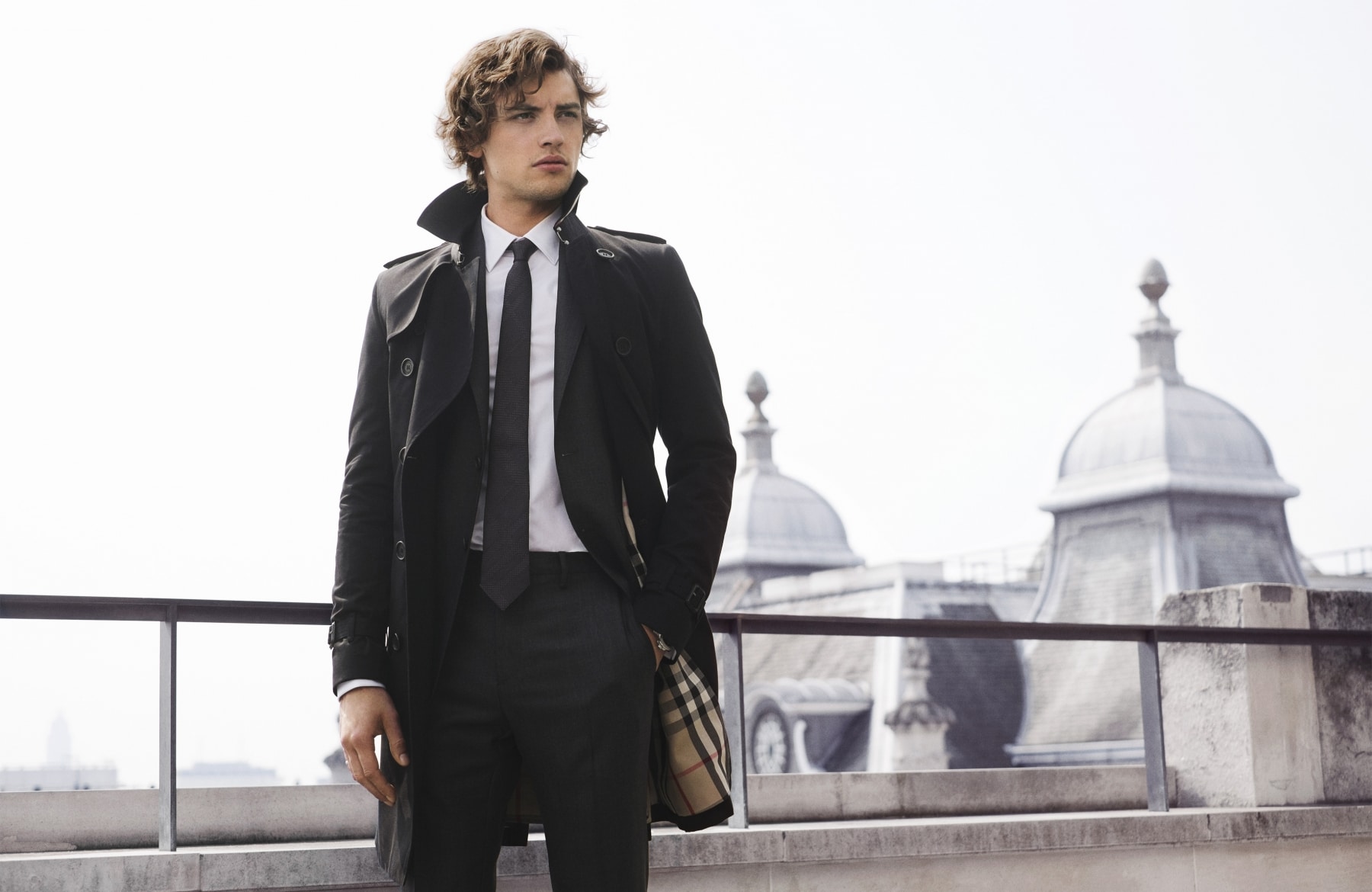 Burberry was certainly up to the task and the trench coat was a stunning iconography of design unto itself–the perfect fusion of functionality and style. It was belted at the waist and featured straps at the wrist that buckle. In addition to D-rings on the front–originally used for attaching maps and swords and other equipment to the belt–trench coats also boasted sizable pockets and discreetly-placed flaps where officers could retain important documents, and also some much-needed vents to keep out those nasty war-time odours (trust us–you don’t want to know). Many of those design choices were sophisticated and sleek enough to stay on in the following decades. Yet even with the assortment of buckles and pockets, the trench-coat remains impressively slim, hassle-free and light, the perfect garment for a broad spectrum of climate conditions. 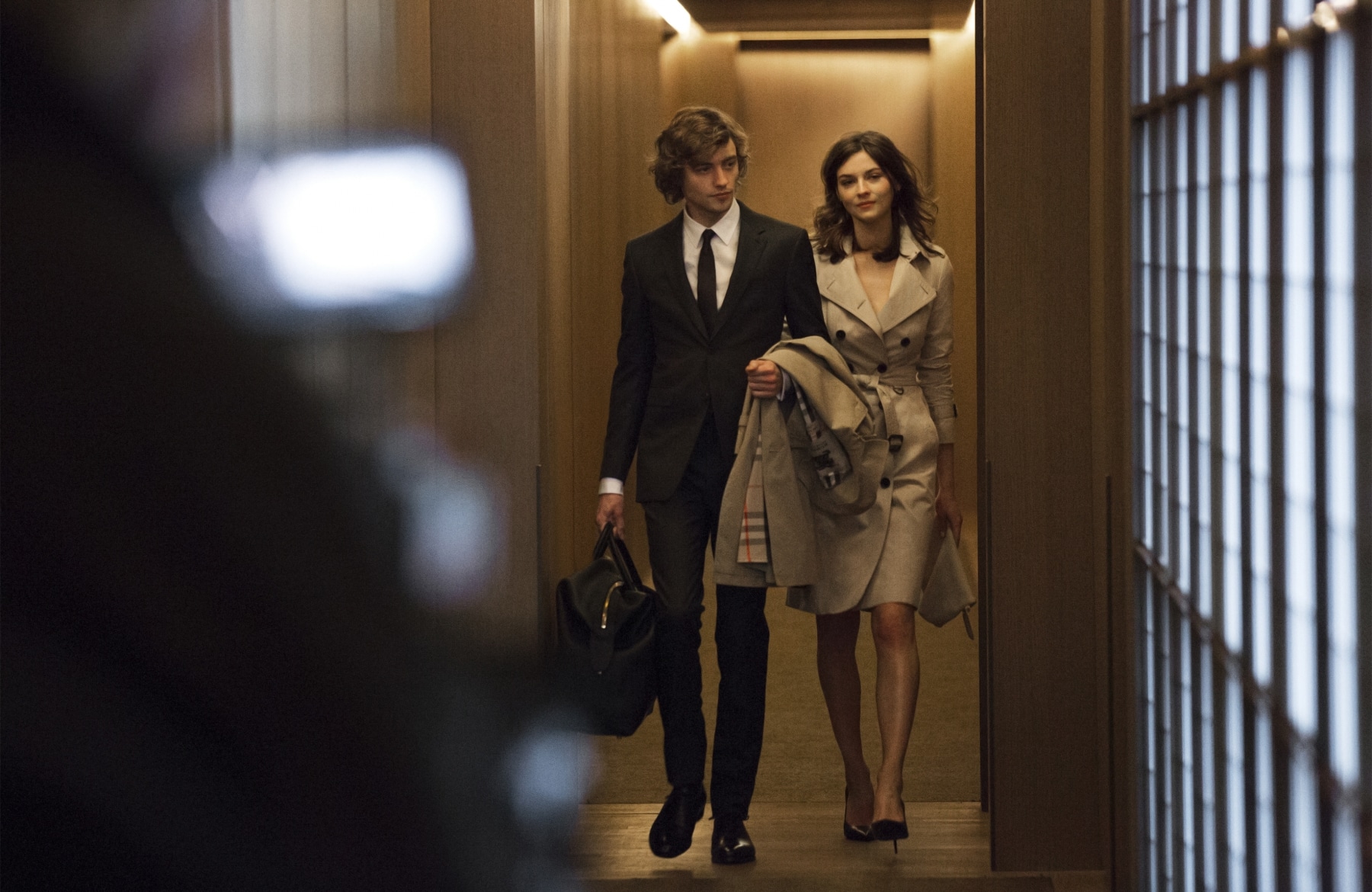 In fact, it was the trench coat’s inherent virtues of style and practicality that gave it new life beyond the literal trenches. Because they liked the coats so much, many of the World War One British officers ended up keeping them after the war and wearing them casually in their hometowns and cities. The coats quickly became weather-resistant fashion statements with virtually no military associations whatsoever. Soon the coats were being worn by stars like Humphrey Bogart in hugely popular films like Casablanca, thereby making Burberry a player on the world stage of outerwear. By the 60s, Burberry trench coats were adorned and adored by celebrities and radicals alike, which only enhanced their popularity in virtually every department (and department store). The house that Burberry built was now a full-blown empire, and the trench coat itself a cornerstone of western outerwear. With history in mind, the Mr. Burberry fragrance becomes the latest endeavor from a bedrock institution with virtually as much back story as modern England herself. In keeping with the old, the fragrance pays homage to the Heritage trench coat and to the historic London of yesterday. In keeping with the new, Mr. Burberry incorporates a bled of unexpected ingredients and pays tribute to the forward-thinking London of today and tomorrow. To top it off, Burberry is offering a monogram service through their website so that one can have his initials engraved on the bottle. After all, what’s more modern than personal customization? Rounding out the launch is a grooming line that includes after shave, face moisturizer and a beard oil, and also a ready-to-wear collection including the new Chelsea fit Heritage Trench Coat worn by musician Josh Whitehouse in the Mr. Burberry campaign. 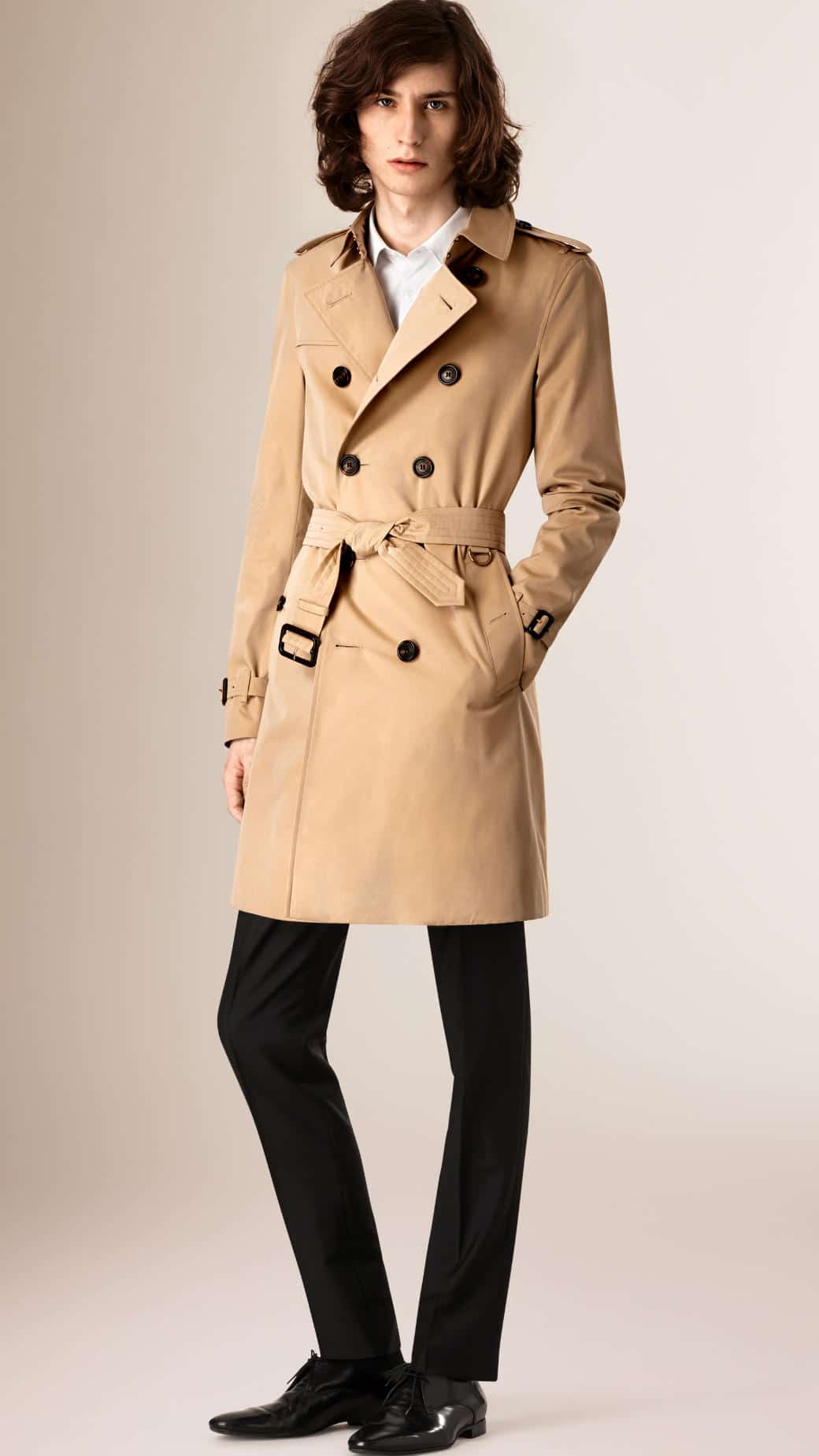 And what a campaign it is. Steve McQueen is the quintessential A-list director of our time and he brought a tremendous sense of vision to the Mr. Burberry short film. In McQueen’s own words: “For the Mr. Burberry film, I wanted to convey the idea of two people who are passionately in love. It’s that moment in a relationship where all you are thinking about is each other, and all you want is to be with each other.” To heighten the story, the video features the irresistible pairing of Josh Whitehouse and Amber Anderson, as well as a soundtrack by Mercury Music prize winner Benjamin Clementine. The lush photography of modern-day London practically drips off the screen, as Clementine’s distinct voice and soulful piano playing saturates the atmosphere with a sense of mystery, passion, lust, love and prestige. Burberry is a company that will remain synonymous with the best of two worlds: the world of tradition and the world of possibility. This seeming contrast not only personifies the brand, but the city of London as well–a city equally in love with past accomplishments and future potential. When Christopher Bailey teamed up with Francis Kukdjian, the goal was to put the full scope of time and place in a bottle–past, present and future. The result is Mr. Burberry. 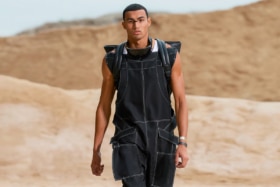