Quentin Tarantino. A name synonymous with great cinema, who’s own story is filmlike in itself. I mean, how often does a video store clerk get to realise their total adoration for cinema by becoming one of the industries greatest directors? The answer is ‘almost never’, because he was the first.

Tarantino’s effect on the world of cinema has been undeniable. It was thanks to his explosive double-barrel debut (Reservoir Dogs, Pulp Fiction) in the early ’90s that today we have some of the greatest stories ever told in film, and it’s no less impressive that the man writes everything he brings to life on-screen himself. 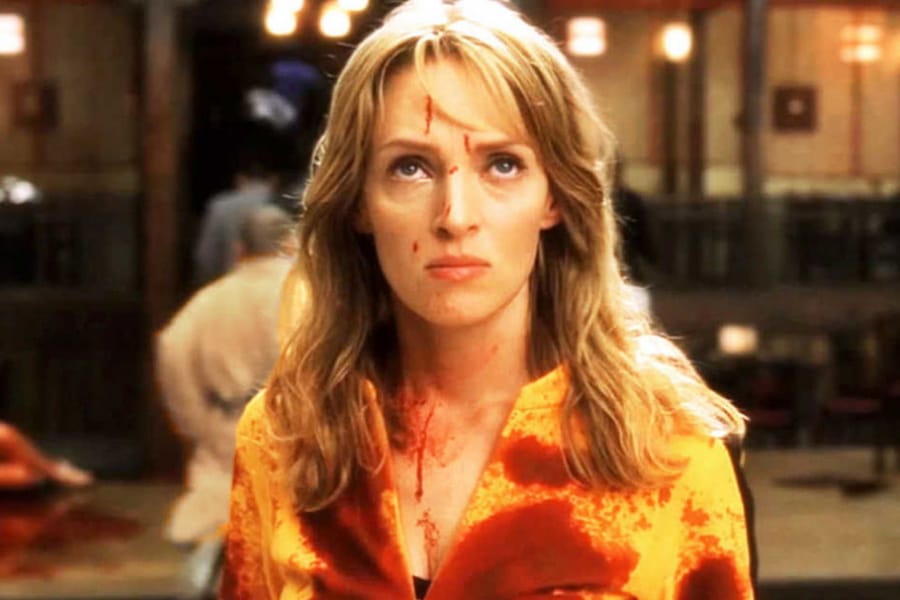 From his love of spaghetti westerns to samurai cinema, Tarantino’s influences are obvious, and yet his films are beautifully nuanced – for example, his soundtracks are meticulous and notorious for bringing back forgotten hits from the dead. But for all the wonderful extra details, it’s his storytelling ability that makes him one of the greats. From a former slave finding his retribution in Django Unchained to rewriting history in the WWII comedy-epic Inglourious Basterds, the man is unafraid to explore new territory.

However, his unique blend of ultra-violence, comedy and scenes that are driven by witty dialogue, has remained constant throughout his diverse catalogue. But it was only recently that this chaotic mix of raw elements was truly mastered in the recently released HBO Confirms Euphoria Season 2 Release Date with ‘Intense’ Trailer, which has seen stellar reviews and an impressive box office debut.

And so perhaps, with this in mind, his next film may be his magnum opus – but we’re here today to look back on his whole, shiny career.

In this list, we’ve stuck to the films he’s written and directed (sorry, True Romance), and in spite of what he may tell us, there are at least 10 Tarantino films – so here it is, cross-referenced with Rotten Tomatoes & IMDB for added context, Man of Many’s list of Quentin Tarantino’s top 10 Films, ranked.

The only film that Tarantino adapted from a previously written piece of work, Jackie Brown was, coincidentally, his least successful film. A convoluted tale of betrayal and greed, Jackie Brown is still prime, A-grade beef filmmaking. But when you compare it to Quentin’s other work, it simply doesn’t hold a candle to the likes of Pulp Fiction or Inglourious Basterds.

More of an on-screen play than a Tarantino blockbuster, The Hateful Eight is an ode to Reservoir Dogs – a tight setting, highly character and dialogue-driven, The Hateful Eight was not a blockbuster – nor was it universally loved. Some complained that the pace of the film was indulgent, yet others laud its merits.

Whatever your position, The Hateful Eight is certainly not a bad film, and some credit must be given to the meticulous set design and scene creation. It’s these two elements that lifted this potentially dry ‘whodunnit’ and made it into a classic Tarantino flick, worthy of our time.

Boasting one of the coolest stripteases in cinema history, Death Proof is a buttload of fun in the best way. Starring Kurt Russell in a beautifully psychopathic role, Death Proof was technically a ‘grindhouse’ feature, released in conjunction with Robert Rodriguez’s Planet Terror and so Tarantino doesn’t consider it to be part of the ‘pure’ roster.

But bollocks to that, ‘cos the man wrote and directed it and it is really a marvellous indie feature – it was a shame that it bombed at the box office, barely breaking even at the close of release.

The only story that Quentin has deemed worthy of a sequel, Kill Bill Volume 2 is without question, one of the best sequels to have ever been made – and whilst it may not be as epic as Volume 1, Kill Bill Volume 2 easily stands up against the likes of The Two Towers and The Dark Knight, which both surpassed their debuts.

As far as universe and story extensions go, Volume 2 was subtler than its predecessor, but still packed plenty of punch – top marks for the fight scene in the campervan, that closeup on the eyeball still haunts us to this day.

Raw, unchecked talent at it’s finest, Reservoir Dogs was the film that took Tarantino from the hum-drum of his day-job at a local video store, to the halls of cinema fame. Made on a shoestring budget, starring mostly lesser-known talent, this heist/whodunnit is hailed as one of the most impressive directorial debuts of all time – with iconic scenes such as the ‘Stuck in the Middle With You’ torture extravaganza, to its classy twist, Reservoir Dogs is an epic first effort, that rightfully launched Tarantino’s now-glittering career in cinema.

The original and best, Kill Bill Volume 1 showed audiences something different. And whilst arguably every film that Tarantino brings us is something unique, Kill Bill was special. It was the first time we’d seen the director make use of an ample budget and this movie was arguably the start of the second coming of ‘Tarantino’, wherein the filmmaker found a better balance between thrills and indulgent dialogue.

That, and Uma Thurman’s performance as The Bride made for one helluva take on what we consider a ‘western’ film.

4. Once Upon A Time In Hollywood

A new entry in the QT catalogue, Once Upon A Time In Hollywood is a flat-out success for what it is. A tad indulgent, but no less impressive as a result, OUATIH follows the story of Rick Dalton – a 1950s to early ’60s TV actor who never quite made the transition from TV to film. Starring alongside Leo DiCaprio is Brad Pitt who plays Rick’s long-time stunt double – a role he plays to a T, might we add.

Finally, we have the breathtaking Margot Robbie as Sharon Tate. She portrays an idea of Tate, and less of a defined character, which works impeccably as far as world-building is concerned. Overall, OUATIH is a stylish and mature piece of work from the director, which may just go down as one of the best films of the 2010s.

The OG. The film that many tout as their absolute favourite, Pulp Fiction is, and will always remain, a masterpiece. Reviving the career of John Travolta, and kicking off the now long-standing working relationship between Tarantino and Samuel L. Jackson, Pulp Fiction was certainly not without its stable of stars. But in the case of this film, it was Tarantino’s script that came out as the true winner. In fact, he won an Oscar for his efforts.

With scenes like the dance competition at Jack Rabbit Slims, and, ‘Aww man, I just shot Marvin in the face’, (which is simply fantastic), it’s no wonder that cinema-goers were going bananas for QT.

Despite Django Unchained being this author’s personal favourite, we’ve tried to keep this list as unbiased as possible. That said, Django is a fucking excellent film. This is in large part thanks to its scorching original soundtrack, impeccable cinematography from the UK’s Robert Richardson, and unique flavour that only Quentin could have brought to the table.

But that’s not why Django Unchained is a flawless piece of cinema – it’s the film’s characters and the actors that inhabit them that really make the tale of young Django and his beloved Broomhilda worth telling – our hats off to Waltz, Foxx and DiCaprio, who absolutely nail their roles.

And from a triumphant list of films, comes a clear winner – the WWII epic, Inglourious Basterds. Starring Brad Pitt, Christoph Waltz (in the role that made him a mega-star), Michael Fassbender and Diane Kruger (among others), this film is absolute peak Tarantino. His genius use of tension makes for a film that’s far funnier than anything he’s done in the past, and in spite of the delicate subject matter, audiences loved what they saw.

The stroke of genius, however, came in the form of changing the course of real history and having Hitler – along with the majority of the Third Reich – burned and gunned down in a blaze of righteous allied forces fire during a propaganda film premier. It’s also thanks to powerhouse performances from everyone involved in this film, along with a totally original script and masterful direction from Tarantino, that we have what is truly, a near-perfect film.