If whisky drinking was a sport (some diehard consumers would argue that it is) currently competing at the Winter Olympics in Beijing, then Japan would certainly be front and centre on the podium. After all, even the legendary actor/comic/renaissance man himself, Bill Murray, can’t get enough of the drop. Everyone remembers that infamous scene in the seminal 2003 movie Lost in Translation where Bill toasts the gold medal-winning flavour of Japanese whisky. The simple acknowledgment of quality sent sales through the roof and in a way, did for whisky, what Sideways did for wine, namely: pinot. Not so much merlot… lol. 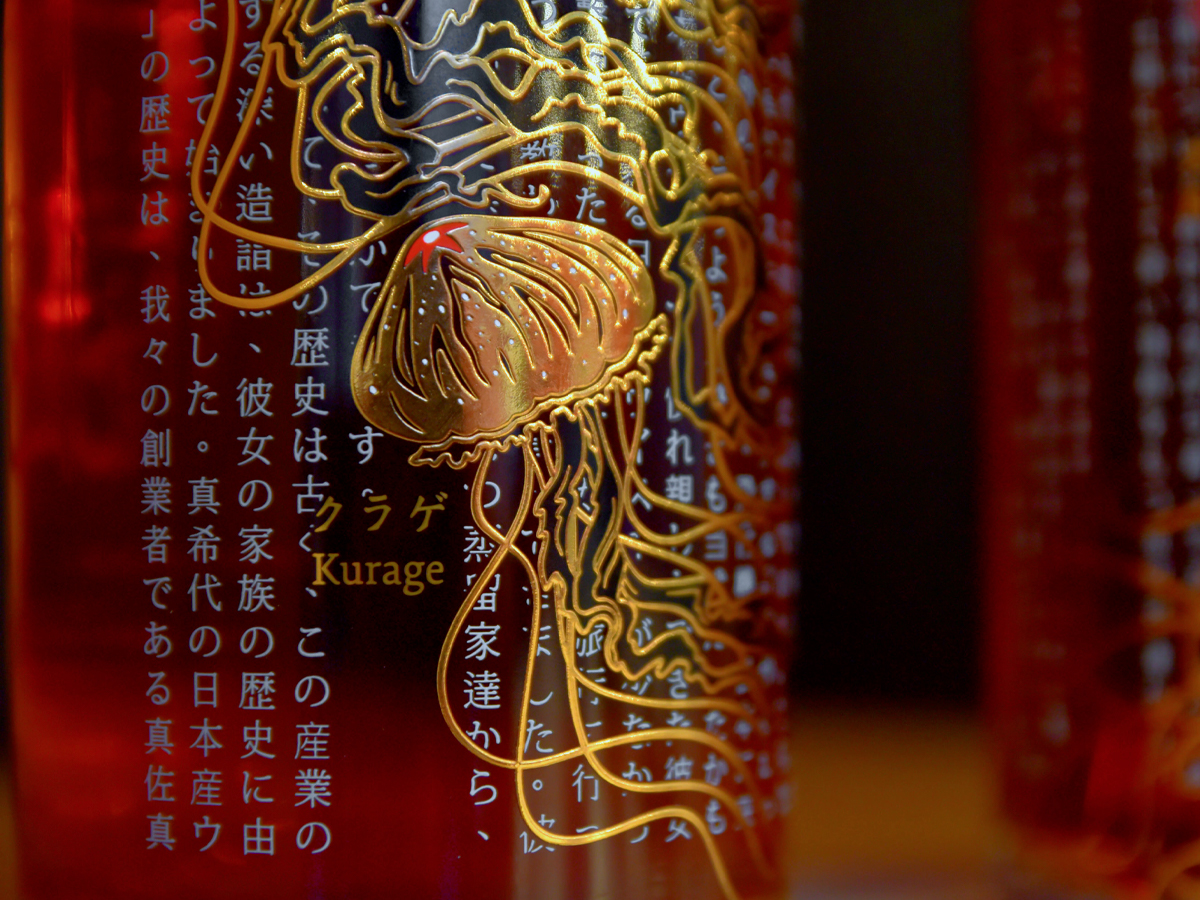 Almost twenty years later and Japanese whisky is still the talk of the town; and for good reason. Let’s face it, if it’s good enough for Bill, then it’s certainly good enough for us mere mortals. That said, for the bonafide whisky lovers amongst us, the cat was well and truly out of the bag on Japanese whisky a long time ago. For the rest of us, good things come to those who wait, and the “good things” just keep getting better and better. It’s time to raise the glass once more and toast Japanese whisky again courtesy of the legendary Karuizawa distillery.

“Karuizawa liquid being the highest in demand during this boom,” Liam Hiller, head of content for dekantā said. “As the most prized whisky bottles in existence, there was no better design to represent the elegance, beauty, strength, and power of the Karuizawa Distillery and their liquid.” 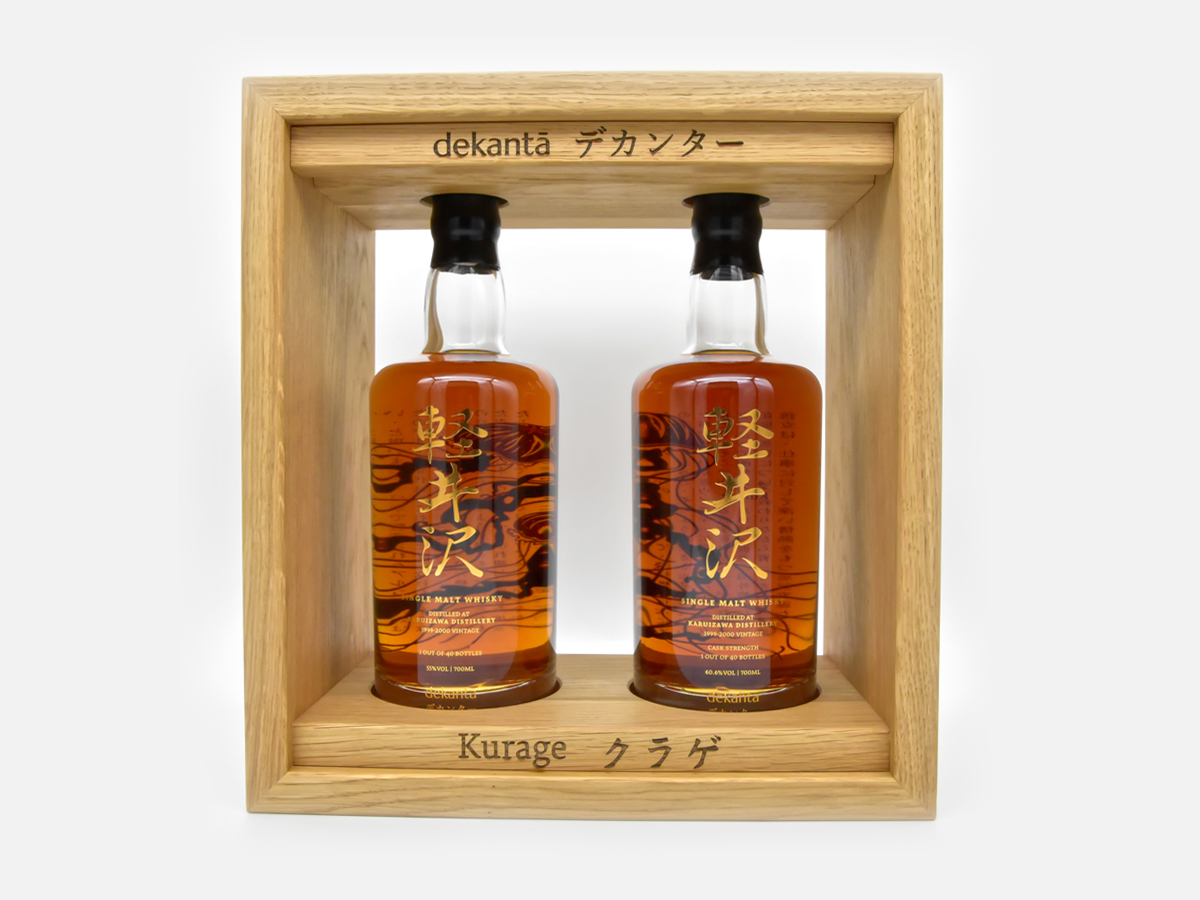 Before it shut down in 2000, the Miyota-based distiller was a stalwart of the country’s progressive whisky movement and despite laying dormant for years, new releases have continually been drip-fed to the public every so often. Now, the iconic Japanese distillery has just made arguably its greatest single malt – The Kurage Collection – available for consumption.

Here’s what you need to know about The Kurage Collection and why you should be excited to make its acquaintance. Firstly, the two-bottle set of 1999-2000 vintage was designed to celebrate Japan’s fabled sea life: the Japanese Sea Nettle. Commonly found gracing the waters of the Pacific, the Sea Nettle is famous for its long, trailing tentacles, earning the series its name: Kurage.

“We feel that Japanese Sea Nettles capture the true essence of Japanese people and our culture, while also having parallels with the legendary Karuizawa liquid – they are beautiful and elegant in appearance but strong, powerful and determined underneath,” dekantā founder and director, Makiyo Masa said. 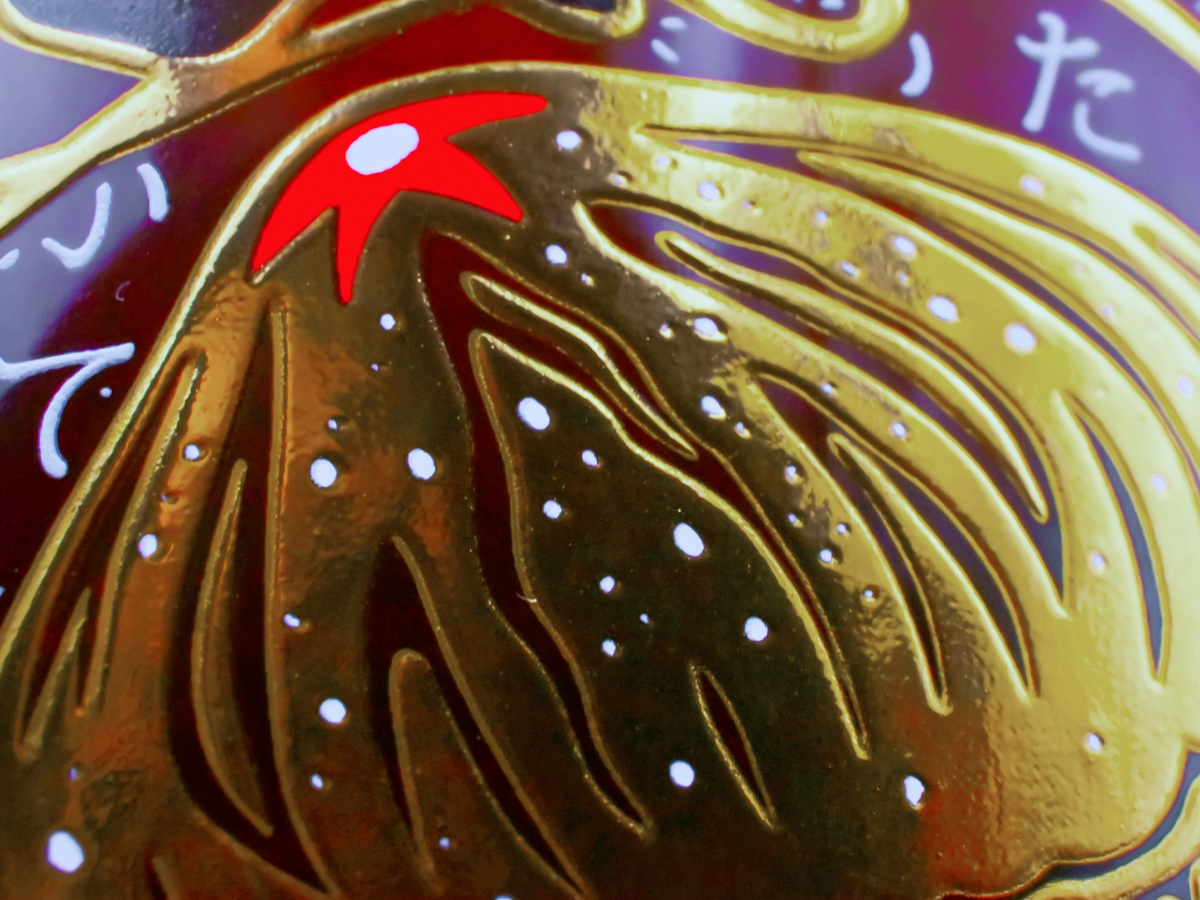 Of course, you should never judge a whisky by its label; but rest assured, what’s inside is equally exquisite. Available exclusively via family-based distributor dekantā, The Kurage Collection set is a stunning ode to Japanese craftsmanship. Various European oak sherry casks and maturities were carefully selected and blended to ensure each sip is one to truly saviour.

“You’ve not seen a collection like this before, this set is one the most visually impressive designs in the world to date,” Hiller said. “The casks have subtly influenced the colour of the liquid, turning it to gentle mahogany, while also imparting an incredible array of notes onto the spirit. It’s fruity, spicy, and incredibly smooth on the palate.”

A true piece of Japanese whisky history, The Kurage Collection launched on February 11 and is limited to just 40 sets worldwide, but be warned, it doesn’t come cheap. Priced at $13,500 per set, the set encapsulates some of the last remaining bottlings of the Karuizawa stock, in 55 % ABV and 60.6 % AB, respectively. Arigato in advance! 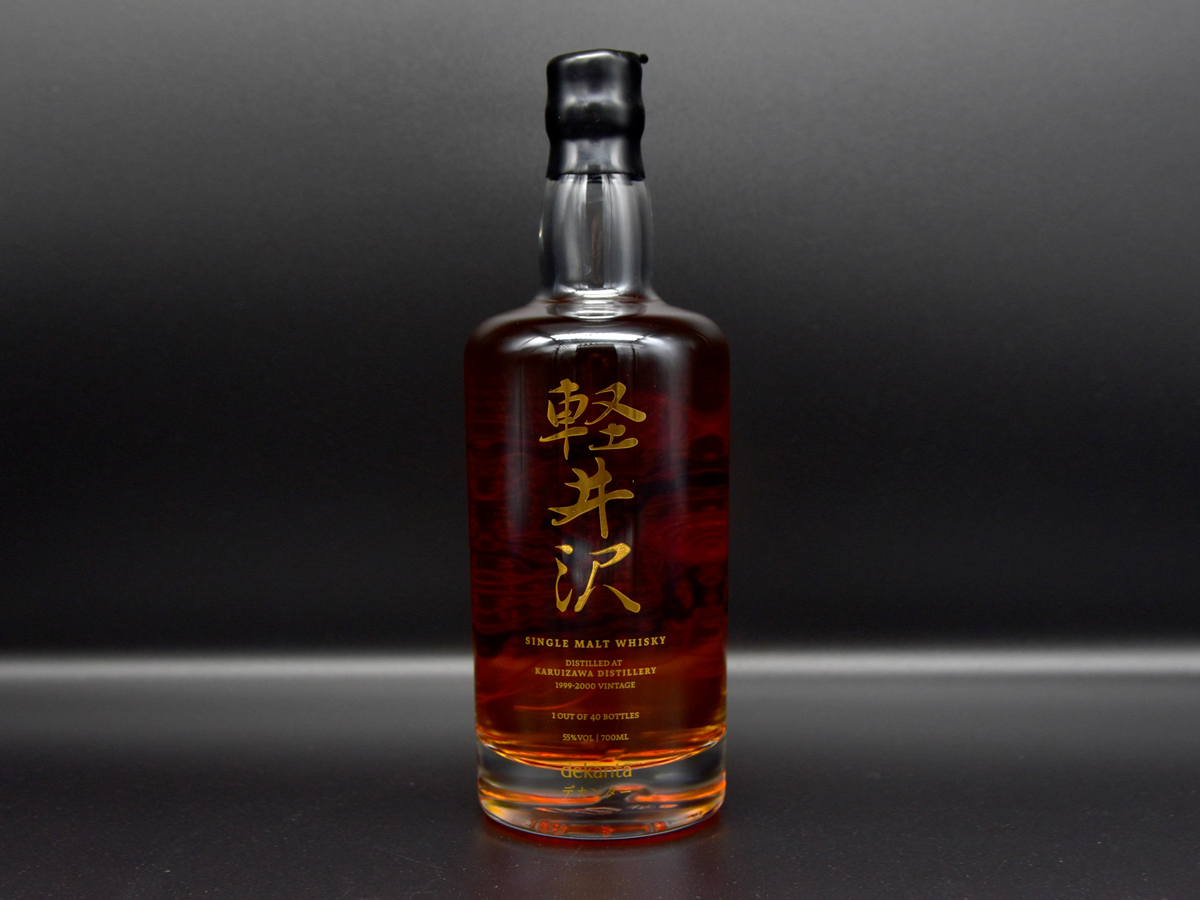 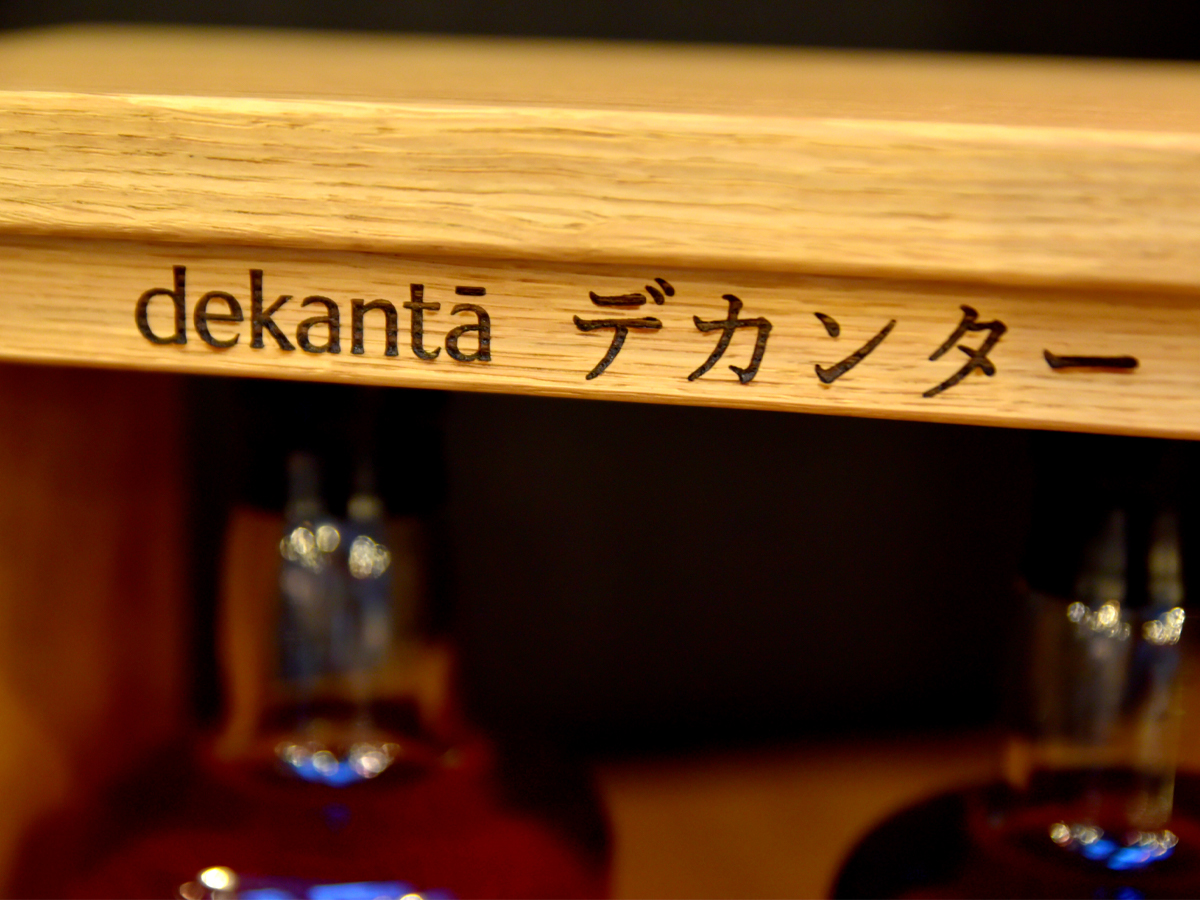