Drinking green tea benefits you in all sorts of ways and not just the obvious ones. For example, did you know that some evidence suggests it could reduce bad breath? We bet you didn’t. Or maybe you did. We don’t know you.

Then there are the better-known (reported) benefits of green tea, which have helped make this beverage more popular than ever before. Cancer prevention. Lower cholesterol levels. Decreased risk of heart disease. And so on and so on.

By this point, you might be asking yourself: is green tea really as healthy as they say it is? Let’s find out!

You’ll also like:
A Rookie’s Guide to Intermittent Fasting
Top 5 Health Benefits of Apple Cider Vinegar
A Beginners Guide to the Ketogenic Diet 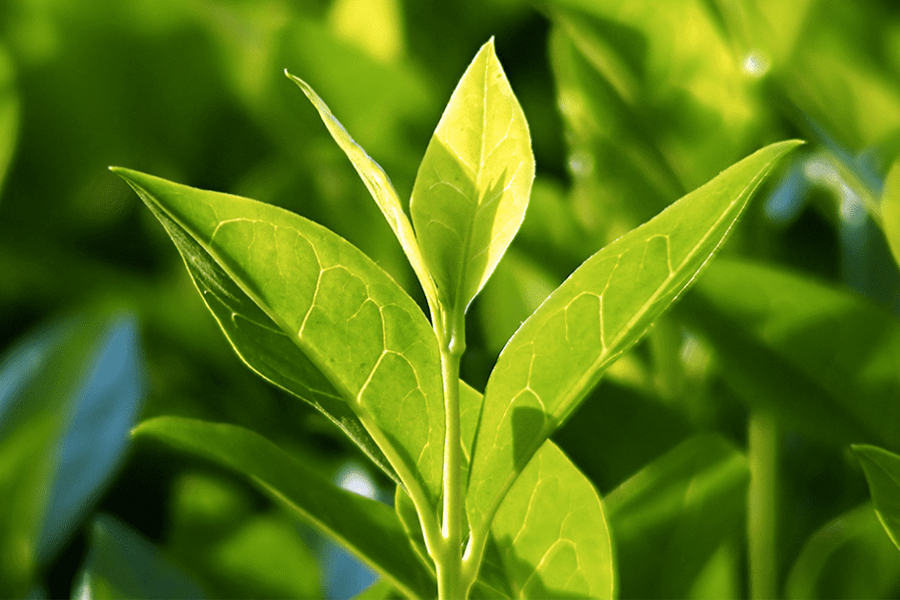 What is Green Tea?

Virtually all tea originates from the Camellia sinensis plant and healthy green tea is no exception. Unlike oolong teas or black teas, however, green tea leaves haven’t undergone the same withering and oxidation process.

After harvest, the leaves are processed by way of various methods, including sun-drying, pan-firing, charcoal firing, steaming, oven-drying, and tumbling. As with most teas, green tea comes in different varietals, blends, and qualities.

The good news is that most green tea benefits are supported by actual research. The bad news is that way more research is required before we can start making foolproof claims about the benefits of green tea.

Nevertheless, green tea has been used for medicinal and health-related purposes in places like China and India for centuries. That’s not to mention its perennial association with healthy living, in general. There’s also no disputing the fact that green tea is loaded with healthy compounds and antioxidants. If you’re exercising regularly, eating well, and drinking healthy green tea on a regular basis, you may experience some advantages.

Here is a list of the seven benefits of green tea. 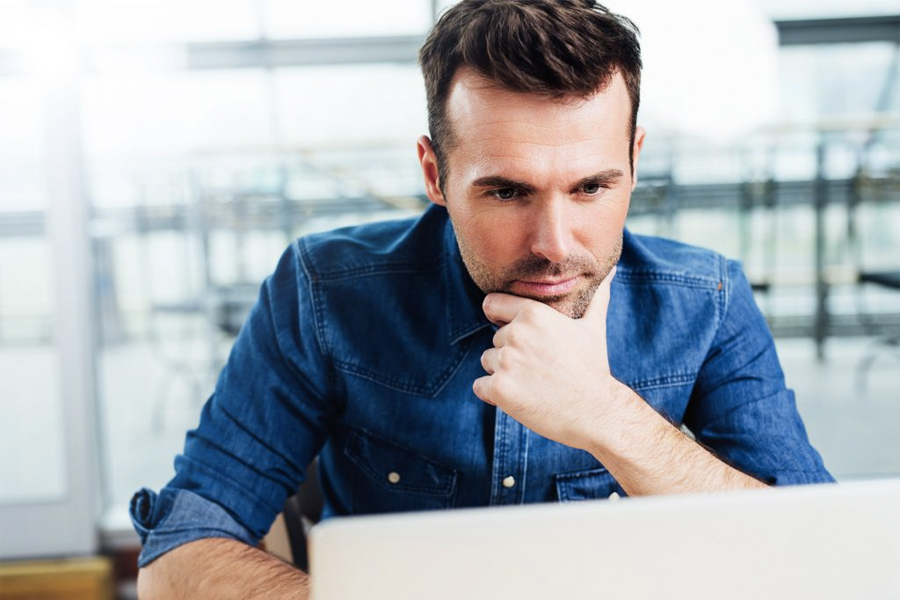 Some studies have found that L-theanine and caffeine can combine to powerful effect inside the brain, thereby improving function.

There’s also some evidence to suggest that healthy green tea might protect the brain from aging and dementia. Its bioactive compounds may potentially help ward off diseases such as Alzheimer’s and Parkinson’s. However, much more research is needed to back up any of these claims.

Some studies have concluded that drinking healthy green tea can increase fat burning and provide a boost to your metabolic rate. Other studies found no link between green tea and metabolism, however, so the correlation (if it exists at all) could boil down to personal variables.

If we wanted to explore green tea benefits vicariously, one could point to the caffeine content. Caffeine boosts energy levels and thereby boosts physical performance levels. In that scenario, the increased activity would have a positive effect on fat burning and metabolism.

Green tea includes natural antioxidants known as polyphenols, most of which are powerful catechins such as EGCG. Polyphenols have been reported to reduce inflammation, prevent cell damage, and even fight cancer.

According to the National Cancer Institute, polyphenols may have a direct effect on decreased tumour growth. Some studies have concluded that drinking green tea can help fight the following types of cancer: breast, bladder, ovarian, colorectal (bowel), esophageal (throat), lung, prostate, skin, and stomach.

It all sounds too good to be true and for the time being, it should be treated as such. That is to say, much more research needs to be performed. And while areas with higher concentrations of green tea drinkers do tend to have lower cancer rates, that could also be due to peripheral lifestyle choices.

For those who want to drink green tea for the antioxidants, avoid adding milk. Some studies have found that milk can inhibit antioxidants and their associated benefits. 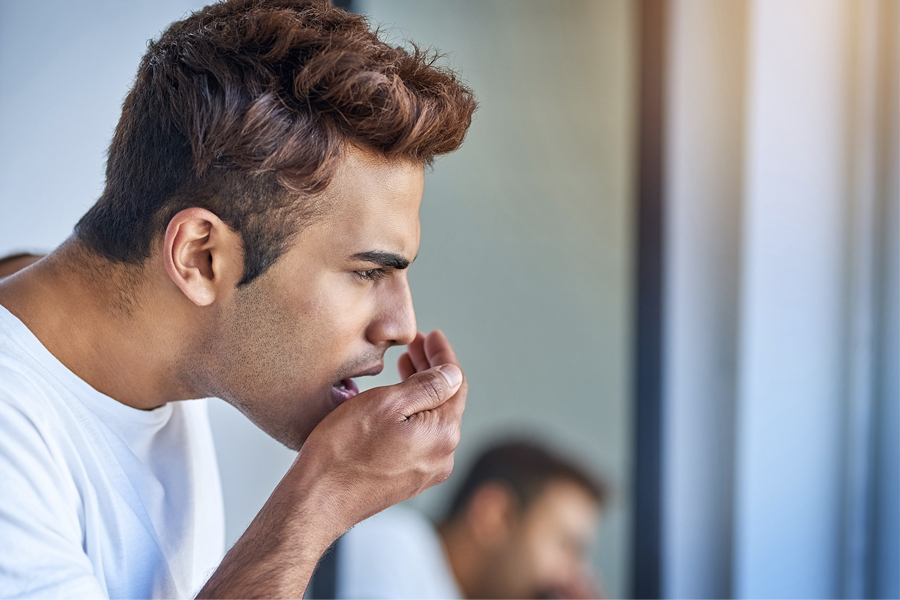 In test-tube studies, it was suggested that the catechins in green tea can prevent bacteria from forming in the mouth. This would likewise prevent things such as plaque build-up and tooth decay. Consequently, you’re potentially warding off bad breath.

To be clear, these studies isolated the catechins in green tea. The researchers did not determine that drinking green tea can actually reduce oral bacteria. However, they did not not determine it either. You follow?

Another reported benefit of green tea is that drinking it might improve insulin sensitivity and reduce blood sugar levels. This would theoretically lower one’s risk of getting type 2 diabetes, which is associated with insulin resistance and raised blood sugar levels.

One Japanese study discovered a 42% lower risk of type 2 diabetes amongst participants who drank the highest amount of green tea. Then we have a comprehensive review, which looked at over 286,000 subjects to find that those who drank tea had an 18% lower risk of getting diabetes.

Again, peripheral lifestyle choices should be taken into consideration before any hard conclusions are drawn. Generally speaking, the studies showing a relationship between green tea and diabetes have been inconsistent. 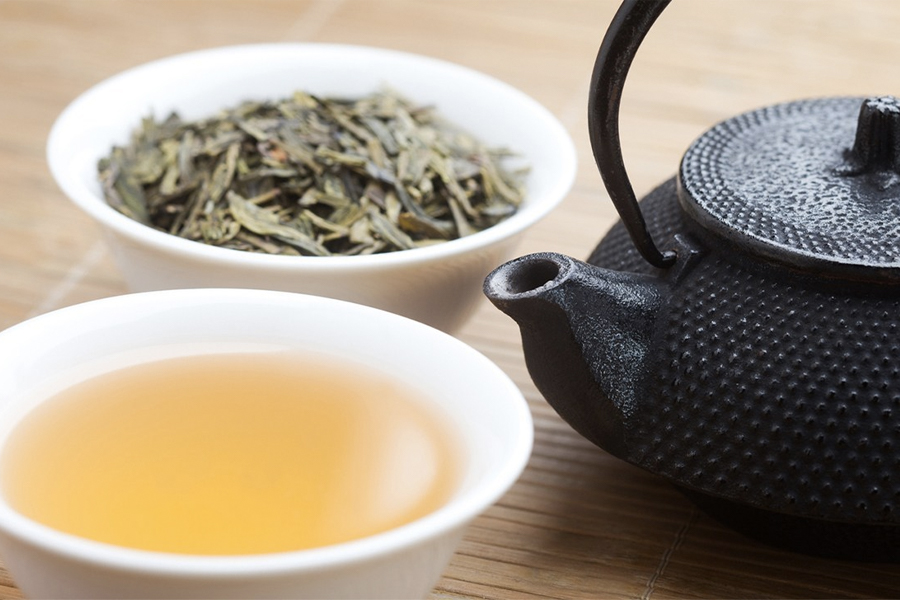 In 2006, the Journal of the American Medical Association published a study on green tea, which followed 40,000 Japanese participants over the course of 11 years. According to the study, those who drank at least 5 cups of green tea per day had a lower risk of dying from things like a stroke or heart disease than those who drank less than one cup of tea per day.

Other studies have suggested that drinking green tea can lower LDL cholesterol levels and increase the blood’s antioxidant capacity (which affects LDL particles). Both of these factors can potentially reduce one’s risk of cardiovascular disease.

Green tea contains both Vitamin B2 and E, which have been linked to healthy skin. Furthermore, a 2007 study found that green tea can potentially slow down the overproduction of skin cells, thereby fighting inflammation, irritation, and skin disorders such as psoriasis.

While all the benefits of green tea aren’t a sure thing, there’s no harm in putting the odds in your favour. Start by picking up one or more of the following brands: 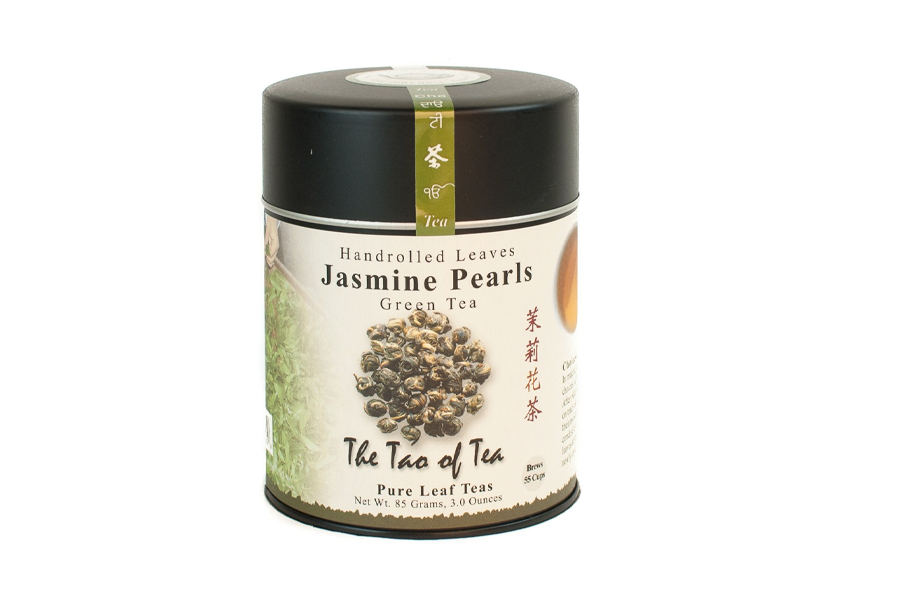 Expect smooth flavour and a floral aroma from this high-grade tea. 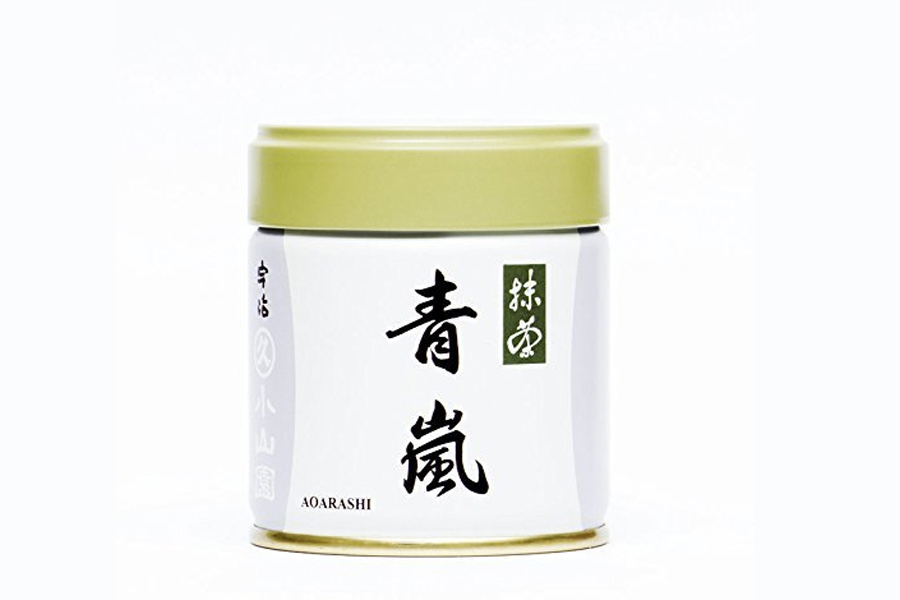 With a name that long, this stuff’s gotta be good! Seriously, though, it’s very good.

Unblended, smooth, and delicate, this is quintessential Chinese green tea. 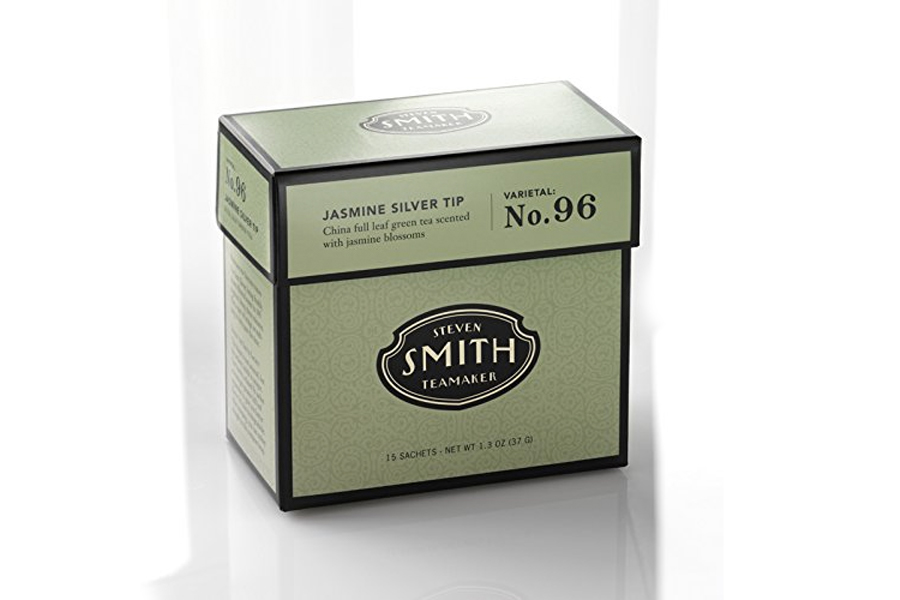 Smith is one of the most trusted names in the tea game. The brand’s full-leaf green tea is silky in texture and big on taste. 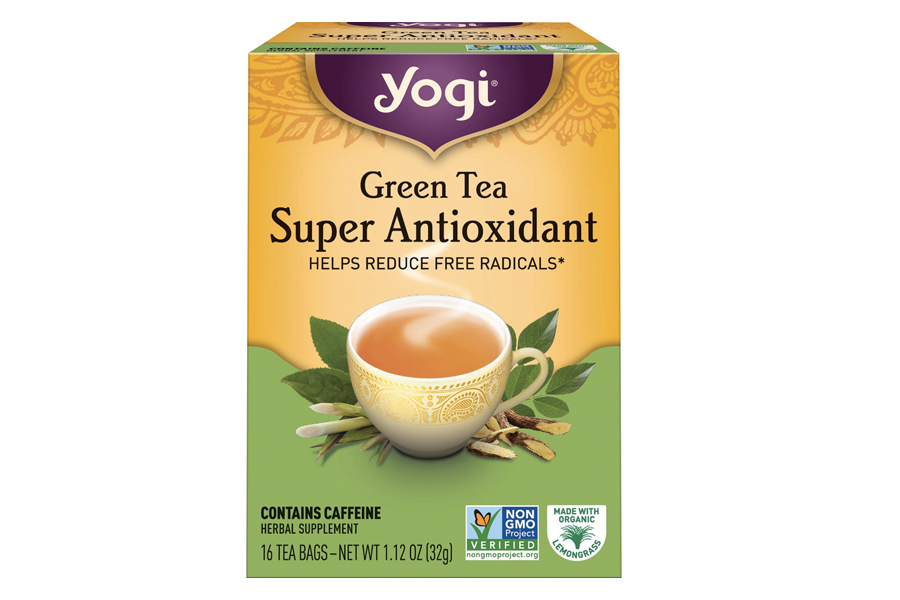 You came here looking for green tea benefits and this brand is more than happy to oblige. 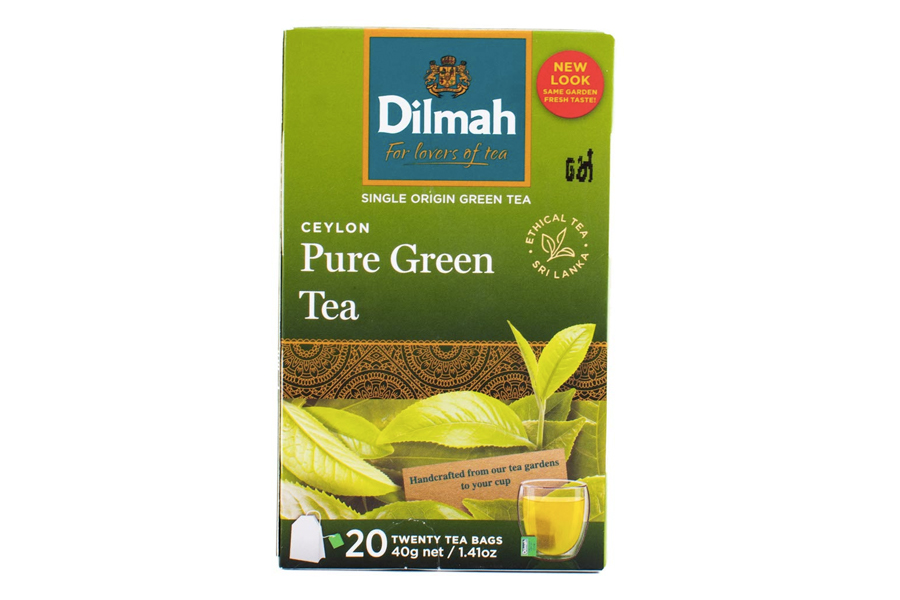 For the finest Sri Lankan green tea, look no further.

Is green tea good for you?

Based on some research, green tea has been associated with the following health benefits: improved cardiovascular health, lower risk for certain cancers, increased metabolism, improved brain function, and more.

Some studies have suggested that drinking green tea can increase fat burning and boost metabolism, both of which would reduce belly fat. Green tea also contains caffeine, which can increase activity levels.

How much caffeine is in green tea?

You’ll also like:
A Rookie’s Guide to Intermittent Fasting
Top 5 Health Benefits of Apple Cider Vinegar
A Beginners Guide to the Ketogenic Diet