For Jade Amantea, a tough day in the office could mean a whole lot more than a bad performance review, or a few too many curt emails from upper management. As a stunt performer, rigger and coordinator, he is not just responsible for keeping himself safe, but also the safety of those around him, including key talent on film sets; one wrong move can turn a simple day of filming one scene into months of hard work down the tube, not to mention the potential for injury which can set a filming schedule off-kilter and blow budgets out irreparably.

Though he spends most of his time behind the camera these days, his workout routine to stay in peak physical condition has been one of the most important elements of Amantea’s job since day one. Starting out as a competitive gymnast, a pursuit at which he trained for 19 years, his career has taken him from working on acclaimed local productions such as Underbelly and Wentworth, to huge international blockbusters such as Aquaman, and the Pirates of The Caribbean film series.

To keep fit, Amantea follows a strict workout regime which combines cardio with weight training to maximise his abilities to demonstrate and perform on set for extended periods of time. Striking a balance between using handheld weights and also bodyweight training, his five-day exercise plan deliberately covers all bases and works every muscle group effectively for functional strength training at its most efficient. 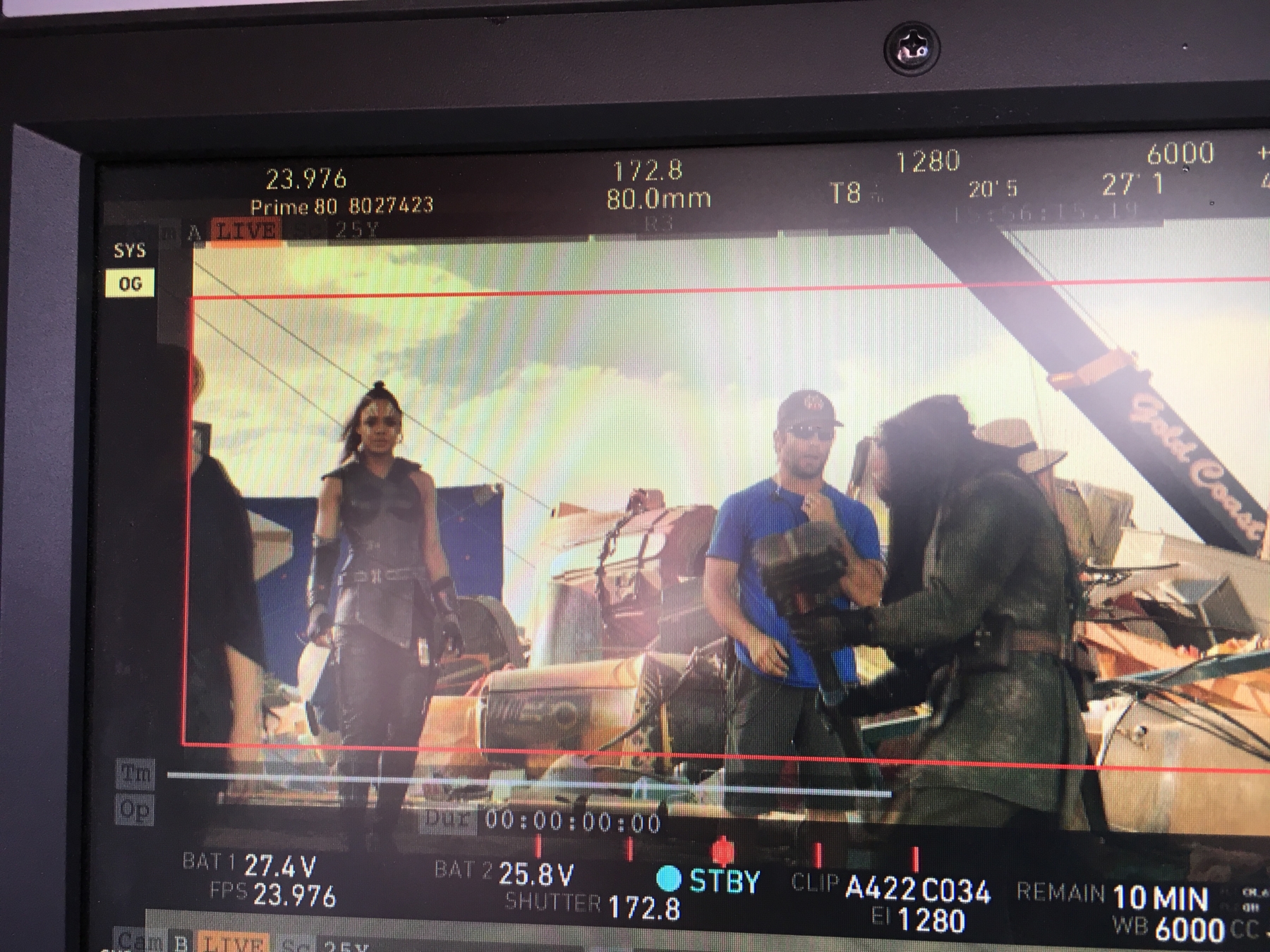 “Since I retired from gymnastics I have always tried to maintain a good general level of health and fitness, no matter what my role within a stunt team is on a film”, he says. “My general maintenance training involves various types of cardio like an exercise bike, push bike riding, rowing machine, etc. I combine this cardio training with weight training and stretching sessions at the gym.”

In addition to his time spent in the gym, Jade must stay on top of an array of martial arts disciplines for fight scenes within his films, as well as his other abilities as a performer: “I try to train at least five days a week when I have the time. Generally, when I am between films or we are in pre-production I have a better chance of being able to maintain a good training routine. Quite often when we are in pre-production on a film I will go in before work or even stay back after work and train with some of our fight team in various forms of fight styles. I also get out on my road bike and dirt bike as often as possible to try and keep my skills at a high level.”

A stunt perfomer’s craft is never perfected, and as each new role pops up, a new set of demands from any coordinator or performer is required. “Before we start on a film we will look at what type of stunts will be on the film and focus my training towards that.

“When we were working on Chronicles of Narnia Voyage of the Dawn Treader and Pirates of The Caribbean, I went and did a lot of training in fencing both with foils and sabres as both films involved a lot of sword work. Currently, we are working on a TV Series that has a lot of driving sequences so my training focus has been on precision and stunt driver training. 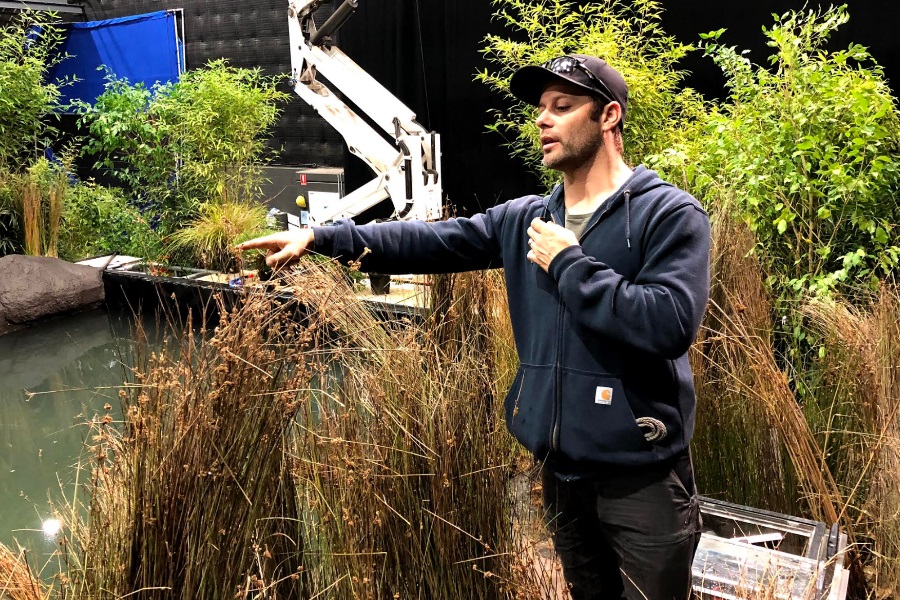 “As a performer, you want to have a skill base that is as large as possible to make you as employable as possible. When I was working just as a performer some of the areas I would be training regularly are as follows, gymnastics, swimming, diving, scuba diving, various fight styles, driving, motorbike riding, dirt bike riding, jet skiing, and rock climbing, just to name a few.”

Swapping the costumes for the technical side of things is also common for stunt pros like Amantea, who worked as a stunt rigger on Aquaman– an incredibly demanding role both physically and professionally, with the safety of other performers in his hands.

“Often on Aquaman I would have Kim Fardy–Jason Momoa’s stunt double–on the end of my line, who weighted 100-105kg, and I would be jumping off a 3-meter ladder to send him across the set or slam him into the ground. As he had a good 25-30kg weight advantage over me I had to have good timing and strength to be able to make the wire gag look dynamic. It was also crucial that Kim and I were in sync at either end of the wire to make the stunt look as good as it possibly could. This would often involve a good deal of rehearsing the wire gag over and over to ensure that our timing on both ends of the wire was consistent.

“There are a lot of different physical skills that we work on for the rigging side of stunts. These skills can include decelerating a performer after having them free falling from a great height and then landing on the ground seamlessly using a gold tail device. These skills not only make the stunt look good but also help to keep the stunt performer as safe as possible during the stunt. We will quite often practice this gold tail decelerating skill in our training stage with a weight bag and then with a stunt performer.”

Lastly, Amantea’s tireless work as a stunt coordinator is possibly most impressive. Stunt coordinators are responsible for ensuring the safety of the other stunt performers and also the actors on set. It’s not uncommon for big-ticket actors to perform their own stunts, but one misstep can be detrimental to the all-important filming schedule. Jade’s job as a coordinator is to oversee how each and every stunt is performed, maximise its likelihood of success and, most of all, make sure it’s going to be entertaining. None of this can be done, however, with sloppy physical conditioning.

“The number of times we will jump in and demonstrate for or with an actor or stunt performer for a fight sequence or fall … we still also jump on the end of a wire if we are short or stunt riggers for a particular sequence if the gag changes on the day. Even on the TV series I am currently working on I had to step in front of the camera to double an actor that there was nobody else the same height, look etc as the actor other than me.

“If I hadn’t maintained my fitness and skill levels then it would be hard to step into various roles when required.”

“As you move your way up through the various positions within a stunt team, each new position comes with a greater workload and responsibility. This increased workload and responsibility has a direct effect on the declining amount of time you have available to train, especially when you have a partner at home that you want to be able to come home from work and be able to spend some quality time with as well.

“It’s a real juggling act so you can be the best stuntie as well as the best family man. But if we don’t make the time to keep a high level of fitness and skill then your success in the stunt industry will only be short term.”

Oz Comic-Con will hit Melbourne on June 8th and 9th, with Sydney and Brisbane dates happening later in the year.