Let’s cut to the chase, you’re all interested in how the Audi e-tron compares to offerings from Tesla. Well, the short answer is that it holds up very well, but not for the reasons you may think. Traditionally, a lot of these comparisons come down to “on-paper” arguments and with EVs, it’s even more of a number-crunching exercise than that of their internal combustion counterparts.

But let’s leave that all aside for a moment while we explore the e-tron in detail. And believe us, the devil is in the detail when it comes to this one. 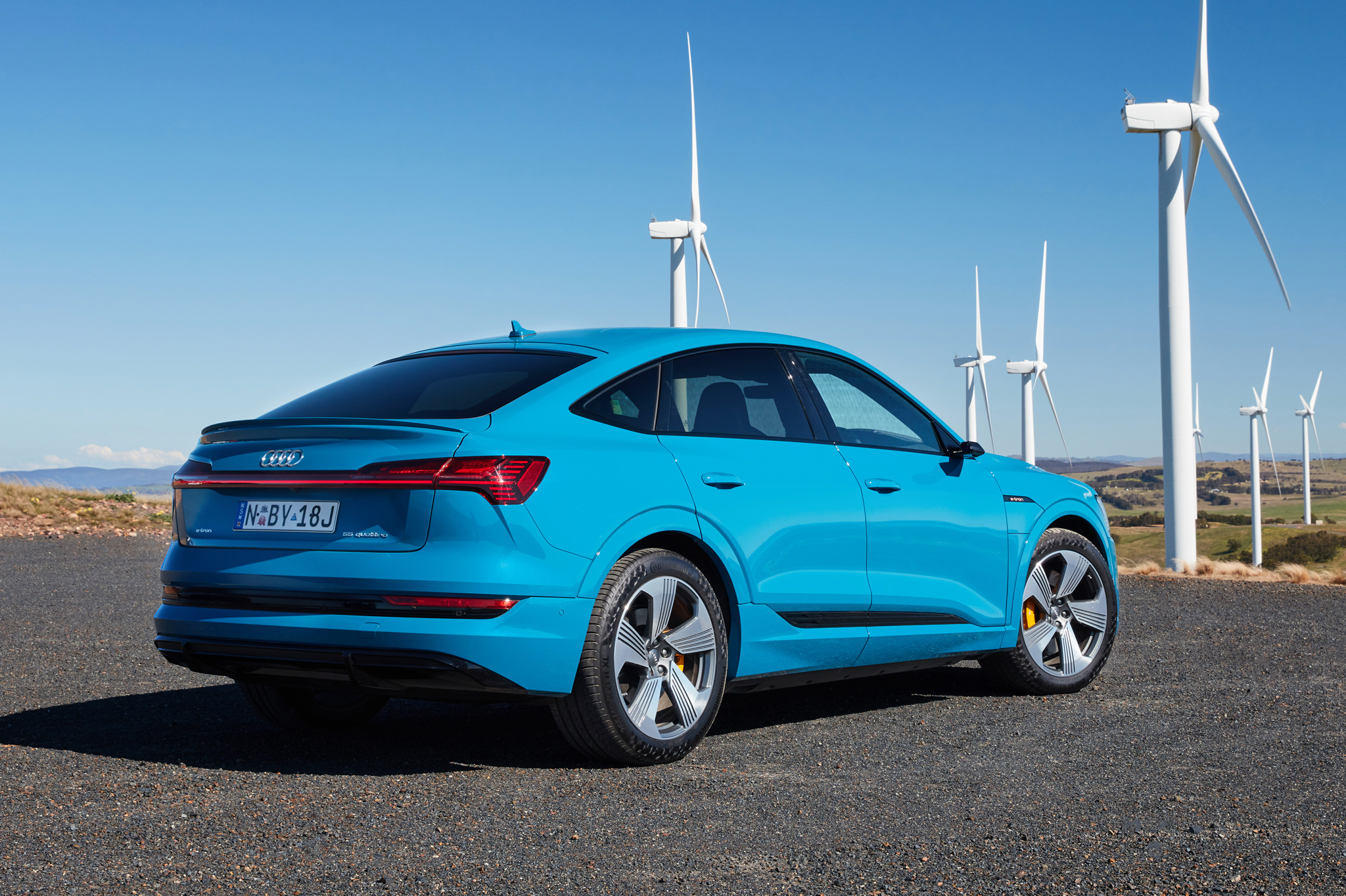 As you would expect, the new e-tron follows the most recent design rules set out by Audi including a rear LED strip and aggressive styling overall. The e-tron strikes a good balance between blending in as just another variant in the Audi lineup but also introduces some subtle EV-only styling elements to set it apart from the herd.The grille is the most noticeable difference, with the louvred design hinting that this isn’t your traditional SUV, despite the Audi logo still sitting in its usual place. (more on the tech behind this grille later)

It’s business as usual as we move to the side profile, although it’s worth pointing out that the Sportback looks quite fetching compared to the more conventional standard e-tron, which may be more familiar to some. The wheel choices are also quite synonymously Audi but if you choose to jump on the First Edition, you’ll get the super-cool 21” 5-spoke turbine wheels which REALLY make the car look like an EV. 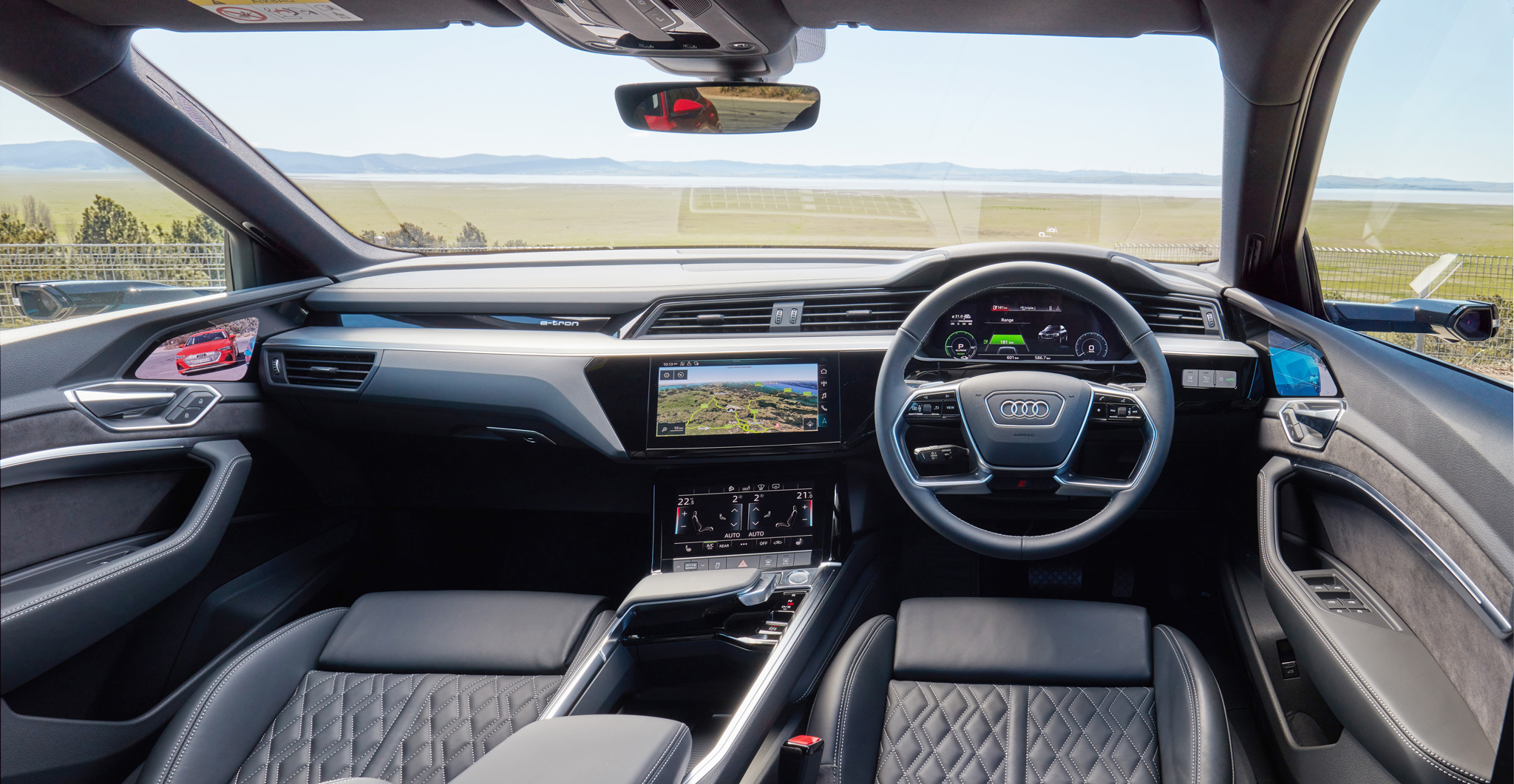 This is one of the areas where Audi will usually have other manufacturers beat and the e-tron is no different. There’s no denying that other EVs such as Tesla does a good job with interior gadgetry. Audi has clearly realised that in order to be taken seriously in this segment, they need to do more of what they do well, combined with a refined electric drivetrain.

There are all the usual comforts you’d expect to find in any modern Audi, but there are a few subtle additions for the e-tron that not only set it apart from the Internal Combustion alternatives but also make the whole “EV experience” a little bit more special whilst also providing that familiar feeling to Audi regulars.

Arguably, the best feature of the e-tron interior is the drive selector (shifter). The positioning of the whole unit is one of the most comfortable and intuitive of any car, let alone an EV. Your hand just falls into place and allows your thumb to effortlessly select the drive-mode of preference, especially switching from regular to Sport mode. Ample space for front and rear passengers, super comfy yet sporty seats and a massive boot capacity round out a world-class interior for the e-tron. 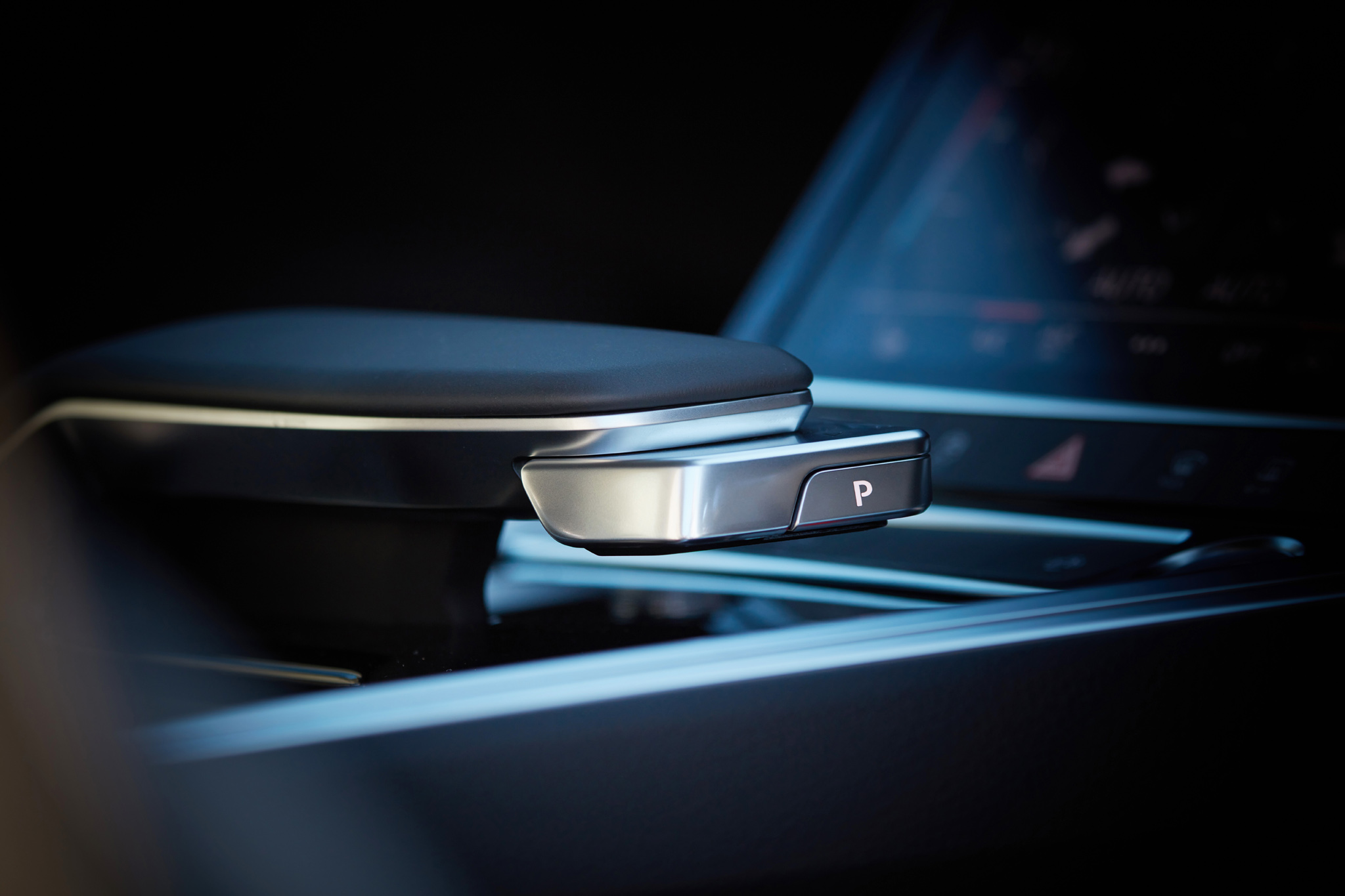 Okay, let’s get to the crux of it all. If Audi is going to introduce an EV to the market, then it had better bring it’s A-game when it comes to available tech. This is where things get a bit interesting because Audi has attempted to strike a balance between performance, practicality and gadgetry.

We’ve already learned that Audi has stuck with a (mostly) traditional approach in relation to interior and exterior design, doubling down on what they are known for. This attitude, ironically, is what sets the e-tron apart from the competition.

Where the competition is relying on blistering performance and silly naming conventions for different drive modes, Audi has opted to be more subtle with the tech that underpins the e-tron. The company ethos here looks to bridge the gap between novelty and refinement. This is where Audi brings the aforementioned ‘maturity’ to the EV segment which, if marketed right, should see EV vehicles taken more seriously, especially in markets where take-up of this tech has been less than ideal. 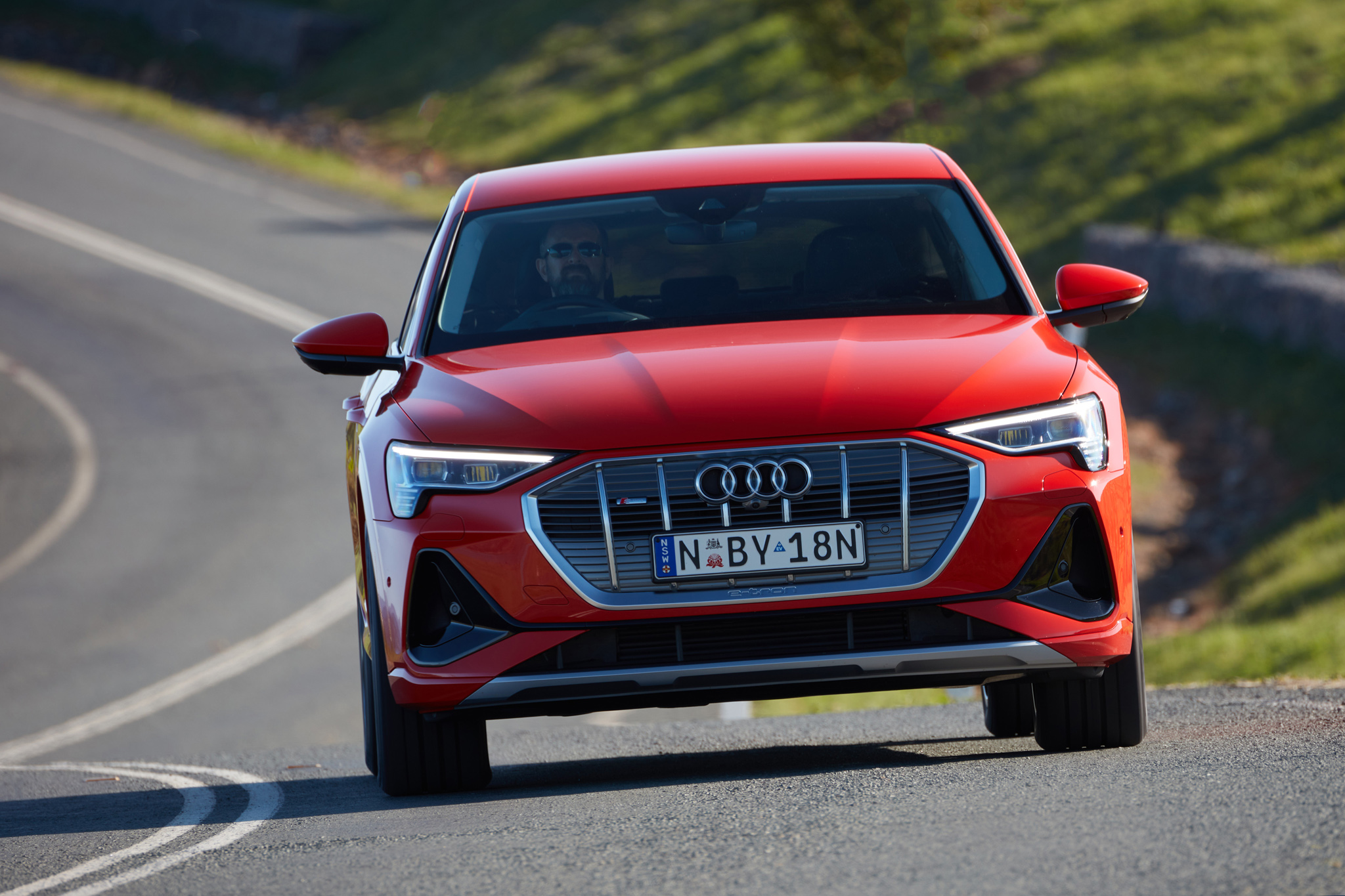 First up is the dynamic grille, which through the aid of temperature sensors and liquid cooling, keep the batteries at an optimal temperature all year round.
Too hot? The grille opens up to allow more airflow over the battery cells, in turn, cooling down the whole unit.

Too cold? The grille closes up to retain heat and bring the temps back up. Speaking of the batteries, Audi has entered the market with some impressive range and charging figures. The 95kWh motor on the e-tron 55 delivers 300kw of power and 665nm of torque (in boost mode) with the e-tron 50 pushing out 230kw, both with a range of over 400km when utilising Audi’s power regeneration technology.

The impressive part of the e-tron powertrain is the fact that recharging from flat to 80% takes half an hour and 100% takes only 45 minutes using a DC ultra-rapid charging station. Almost as important as the development of an EV, is the infrastructure that keeps the car on the road reliably and conveniently.

The e-tron features AC and DC charging options with a clever design placing an AC and DC port on the driver side plus an additional AC port om the passenger side, meaning the car can be driven in forward or reversed into your garage so there are no worries with home charging. Complimentary installation of a home charging station via Jetcharge is also included in the purchase of a new e-tron.

Audi has also partnered with Chargefox to offer a market-leading 6-year subscription within the purchase price of the vehicle. Chargefox has over 1100 charge points across Australia and is growing rapidly. 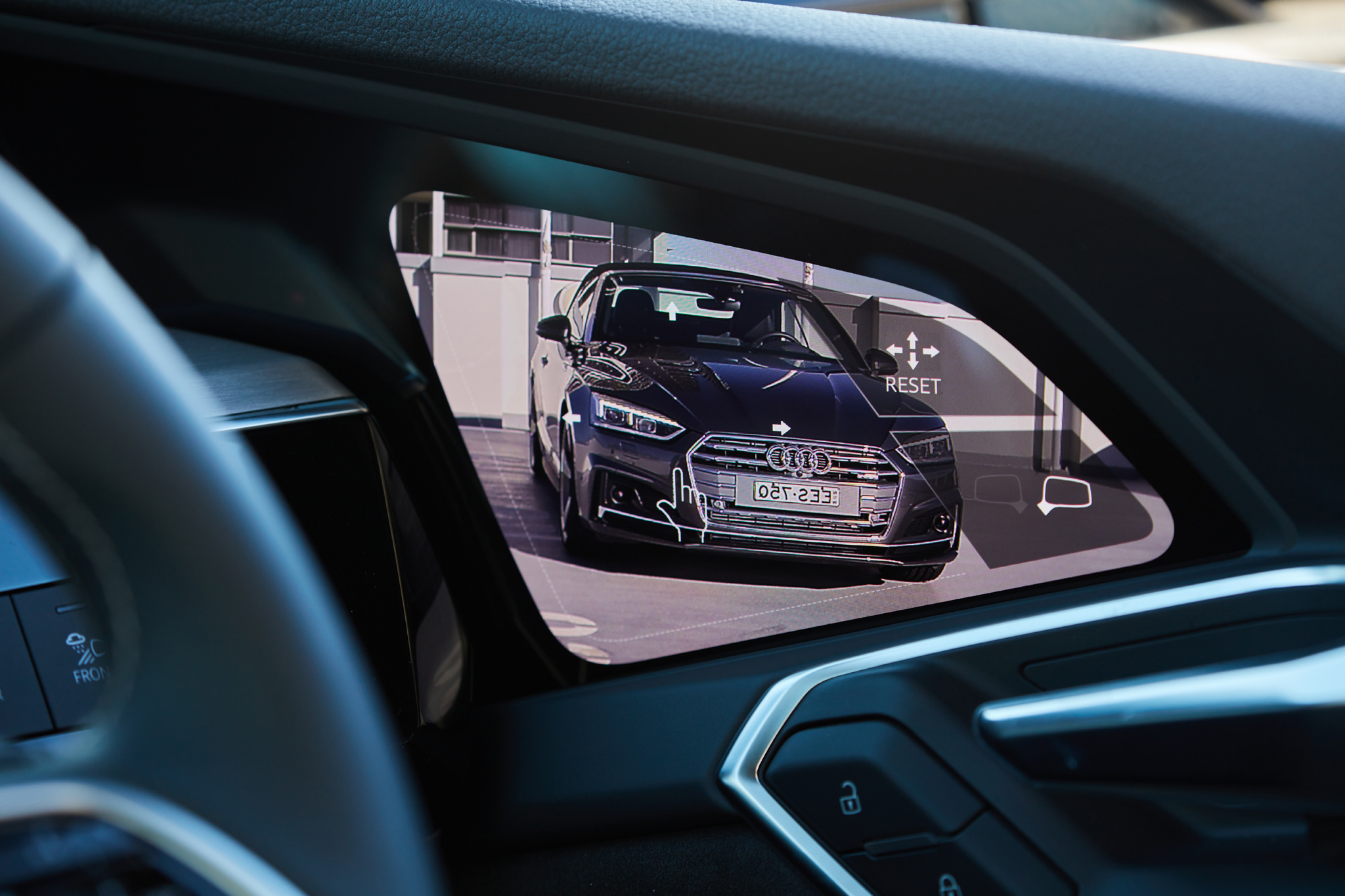 Tech for the Driver

Getting behind the wheel is where you really start to feel the result of the years of development that Audi has put into the e-tron. Audi has introduced virtual mirrors to the market using e-tron as the first production car to use them. These mirrors provide two main advantages.
Firstly, they use hi-definition heated cameras to translate outside traffic conditions to the driver via an internal OLED screen mounted on the doors below the A-pillar. This is great for those that live in colder climates who suffer from visibility issues due to ice and snow.

Secondly, along with a completely flat floor, the mirrors help bring the e-tron’s drag coefficient down to a super impressive 0.27 (you’ll have to trust that this is really good for an SUV).
Another surprisingly impressive feature is the manual power regeneration system built into the steering wheel. Hop into the e-tron and you’d be forgiven for wondering why an EV has paddle shifters. These shifters are actually there to allow the driver control over the regeneration system.  For example, if you are cruising at 100km/h and you crest over a small hill, instead of applying the brakes you can simply downshift and enter the first stage of regeneration, which will not only help you maintain your speed but also return power to the batteries.

Hit the shifter again for the second stage of regeneration, pushing even more power back to the battery cells as well as providing a little more ‘engine braking’. It’s a great feature that almost feels like playing a little game where the winner is the driver and at a stretch, the environment. 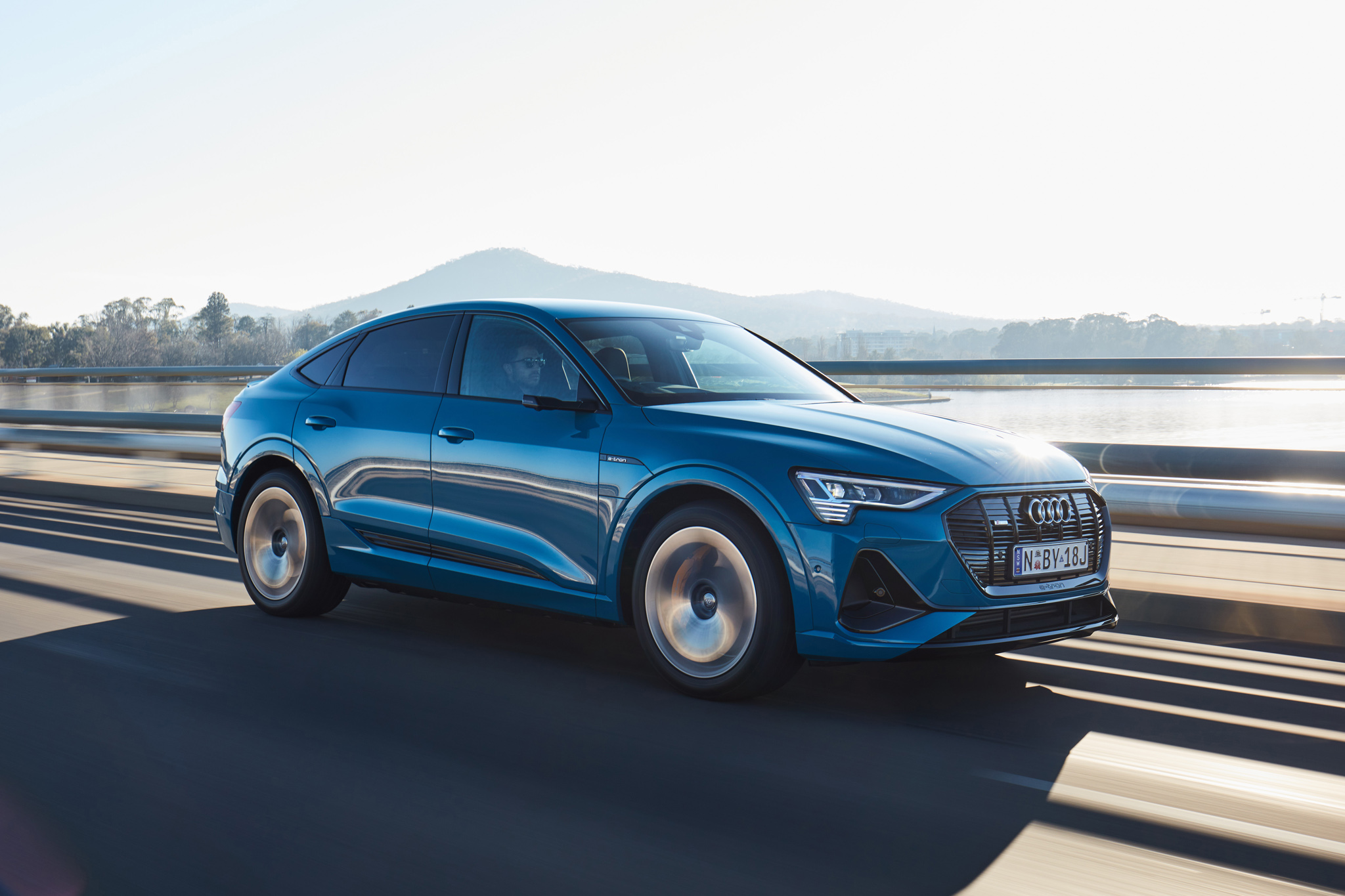 Performance Behind the Wheel

Let’s revisit the comparison again one last time. When shopping the e-tron against other EVs on the market, one thing that is going to be blindingly obvious is the acceleration times. Where your Tesla Model S can get down to an insane 2.6 second 0-100 time, the e-tron 55 only manages a 5.7 second 0-100 which admittedly, seems disappointing.

But rest assured, this is another one of those ‘matured’ elements that Audi has packed into the e-tron because the 80-120 km/h time is a very usable 3.5 seconds. So, if you push yourself out of the computer game mindset and into the real world, you soon realise that a situation where you need to go from 0-100 in under 4 seconds is quite rare, but needing the overtake that truck on the interstate is much more common. Add to this a towing capacity of 1.8t and you soon realise that Audi is looking to rewrite the book on EVs with the e-tron. 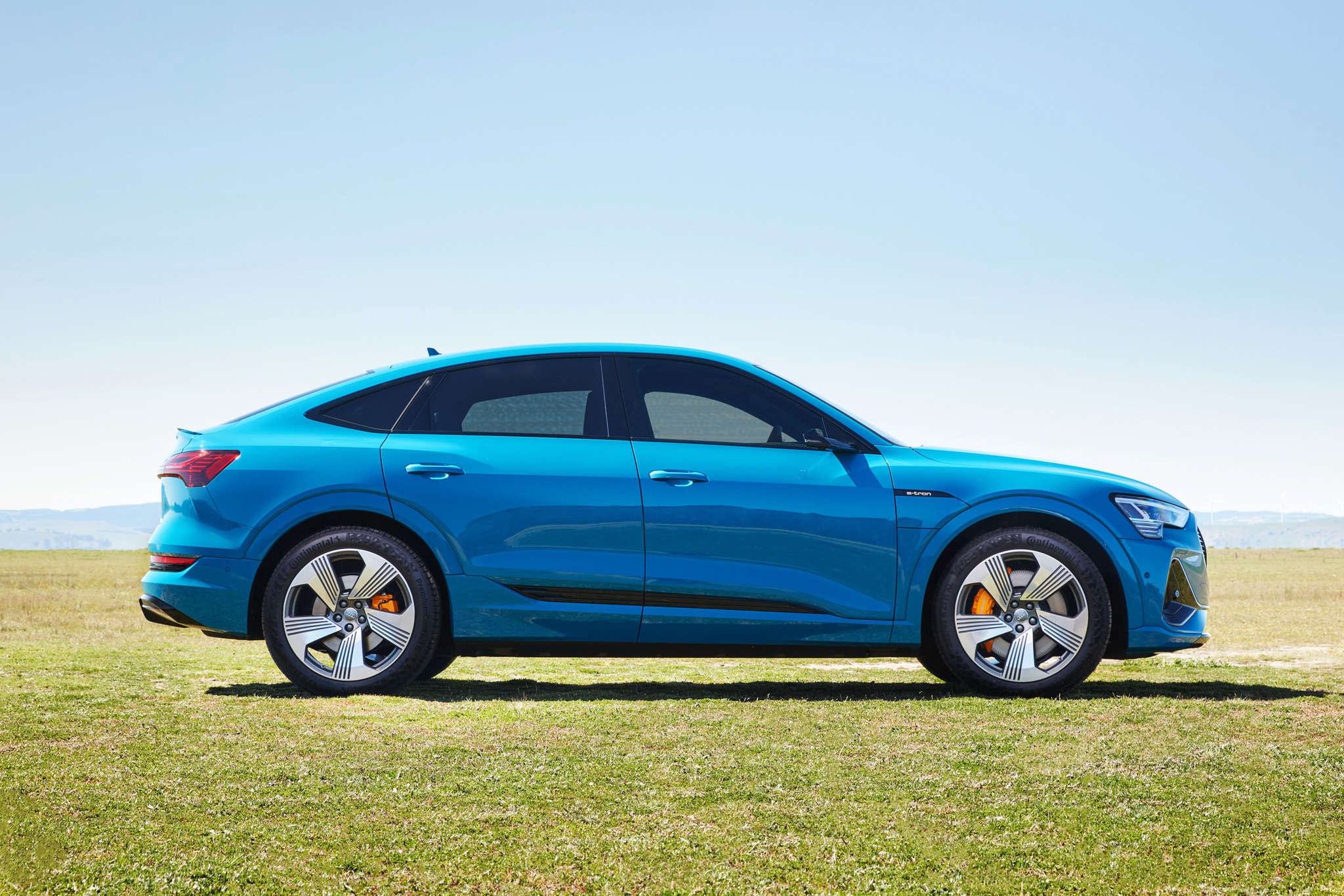 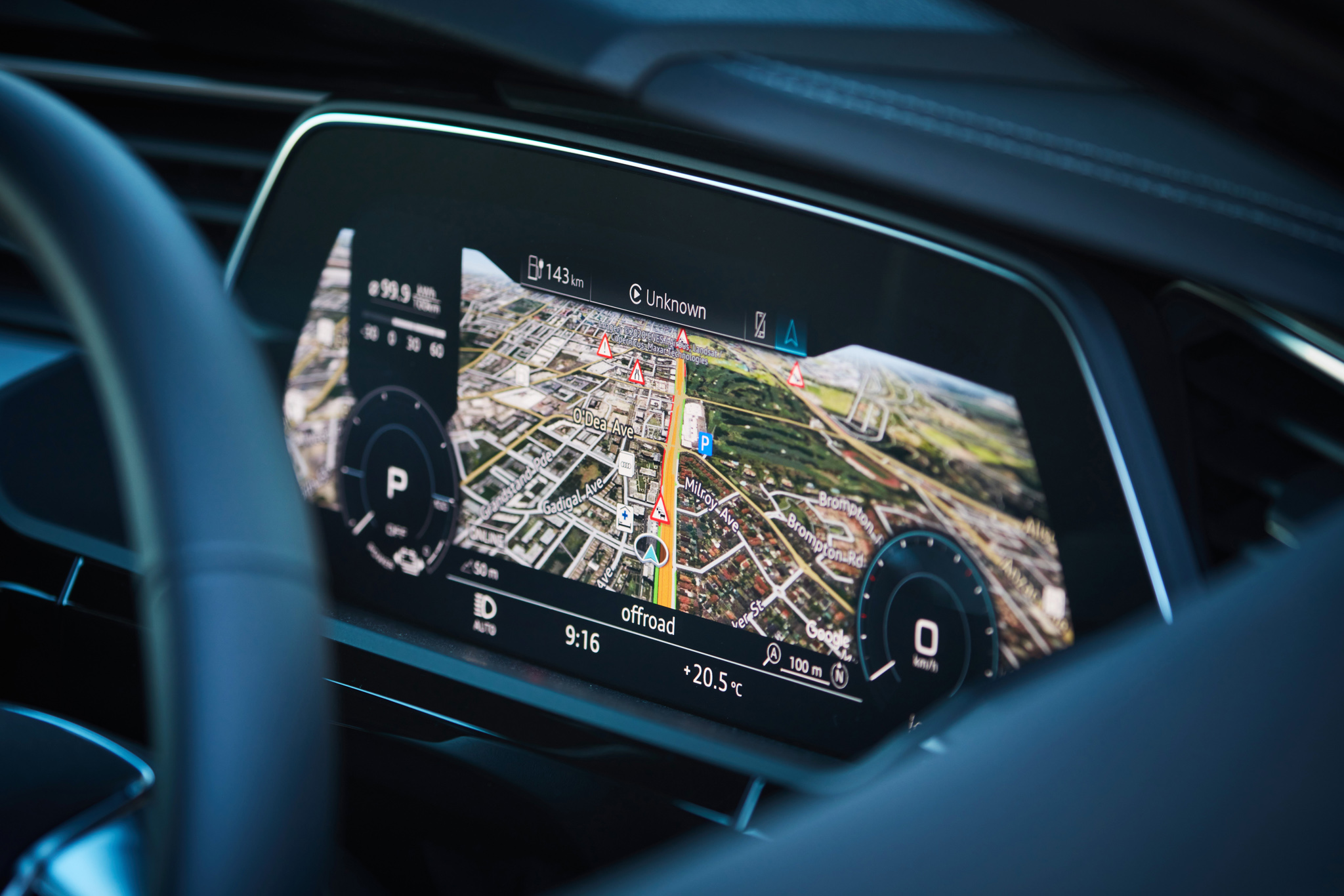 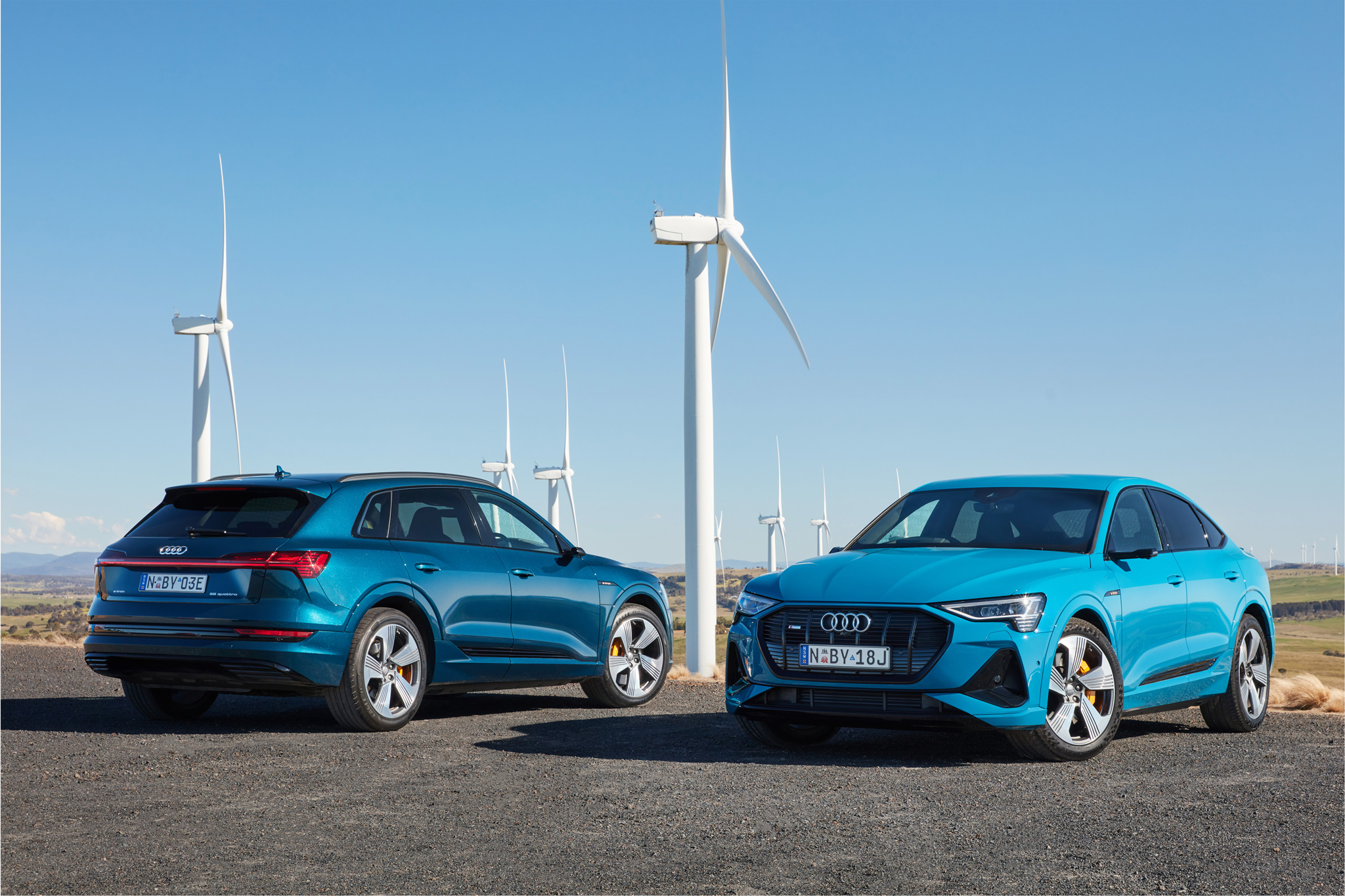 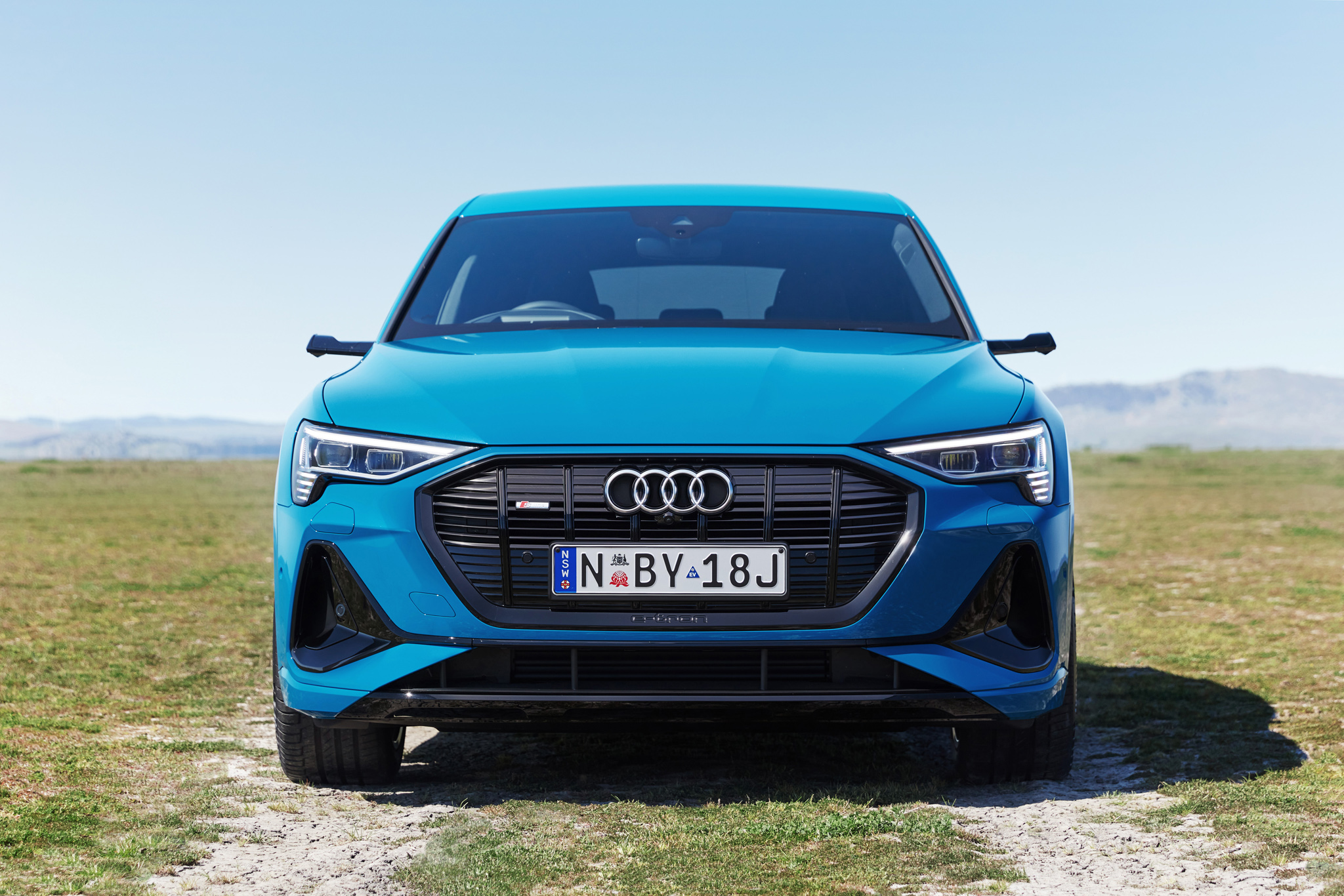 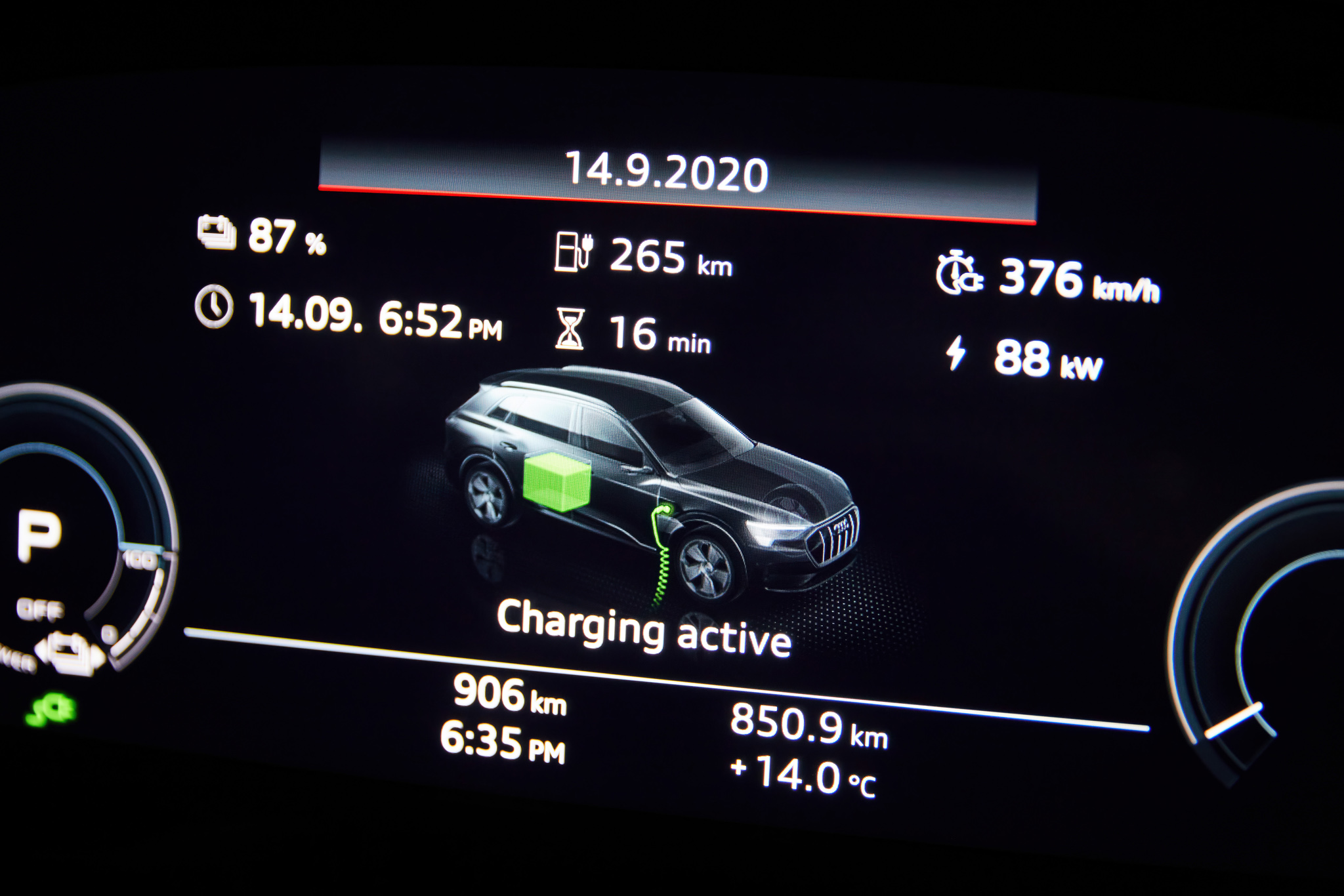 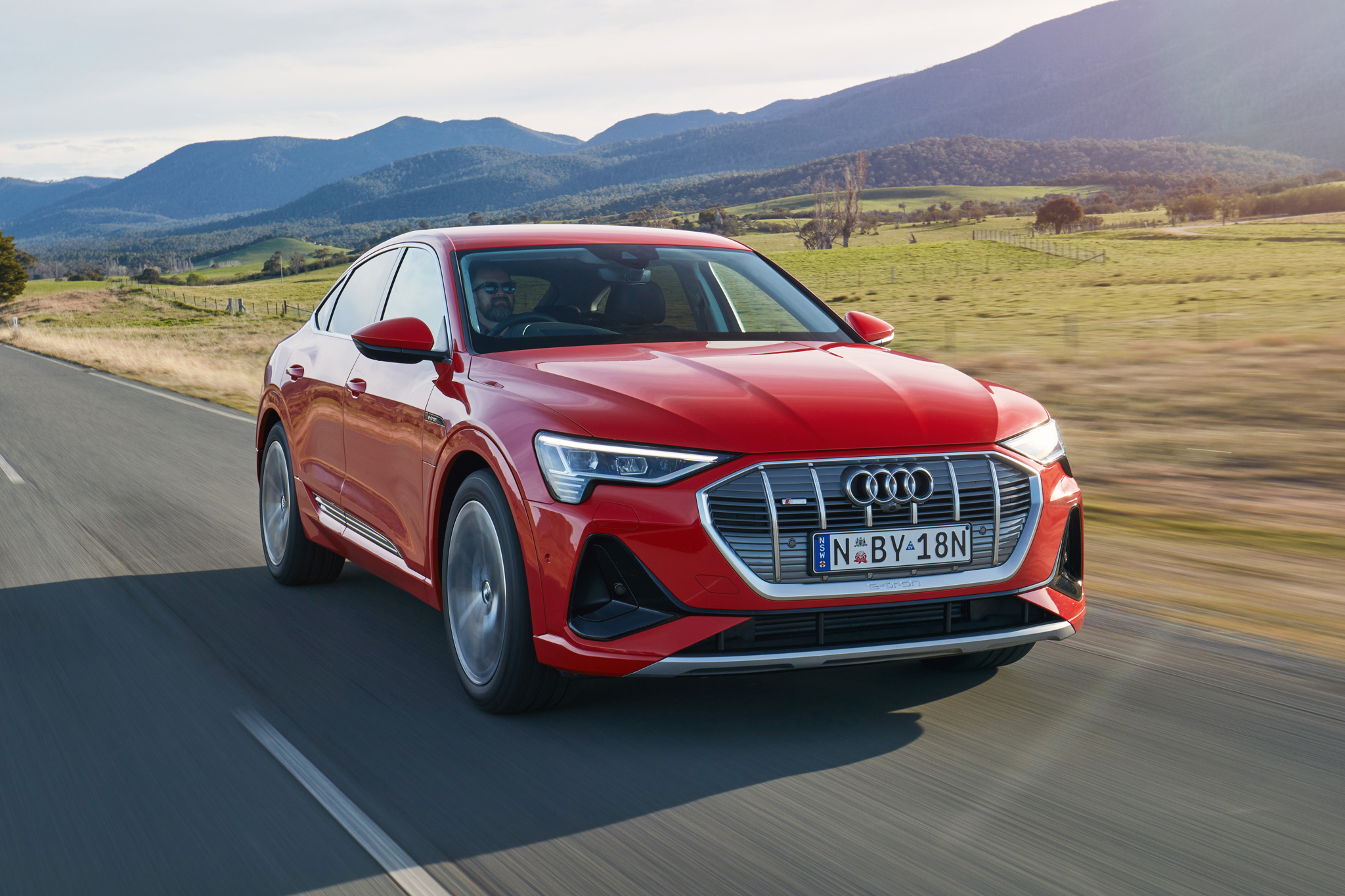 Resident rev-head and lover of all things with four wheels.

Read more about Brendan About Man of Many
Latest News 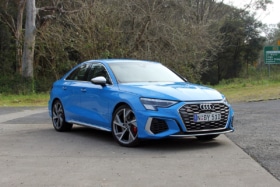 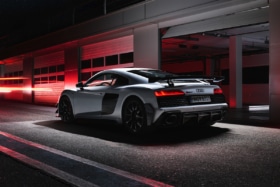